House Fofo.  At least that what my limited Spanish tells me “Casa Fofo” means.  Although I thought that “Fofo” was a name that usually gave a pet dog, cat or goldfish.  The fluffier the more apt, which might be challenging for the gold fish. 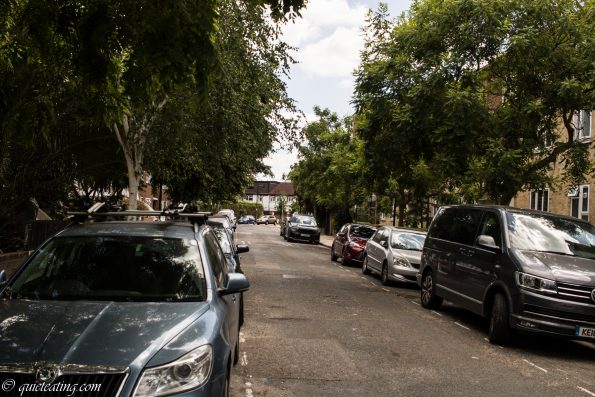 The restaurant was located just off a pleasant green boulevard.  A rather prosperous looking part of London I had not really explored before. 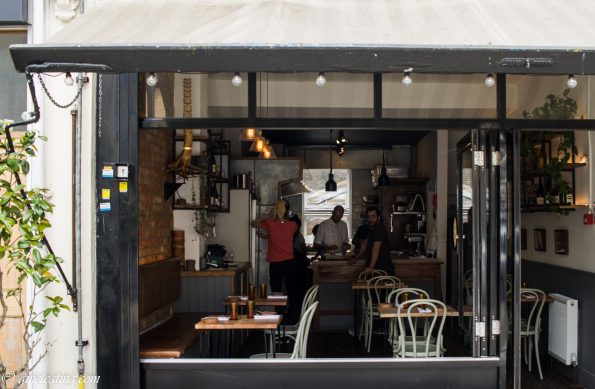 This is the front with me intrusively peering in.  An ideal location for a laid back neighbour restaurant looking to serve up something inventive. 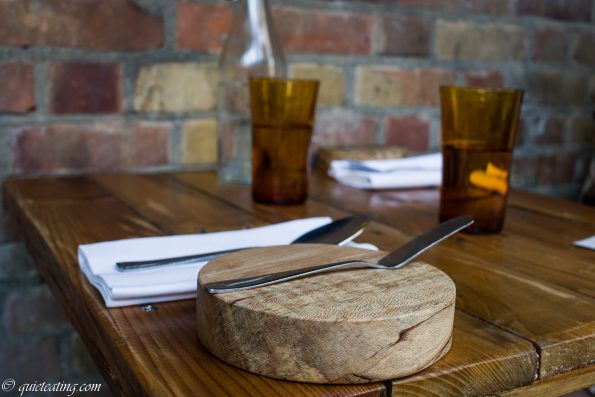 After we had sat down, I particularly liked the circular rustic wooden board for bread.  It inspired me to think of the food as modern, exact and smooth like this sideboard. 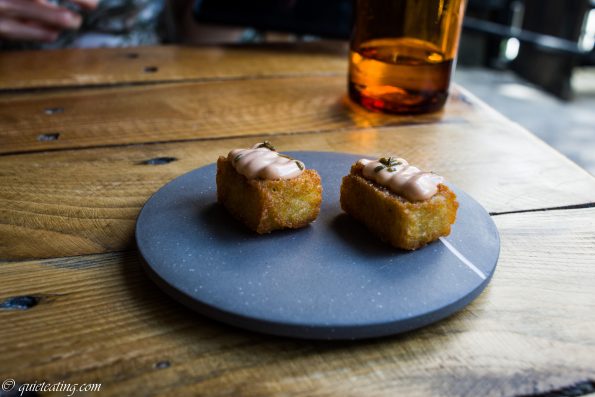 Potato, fish offal, sea fennel seeds.  On top of a carefully fried potato cake, offal isn’t actually as bad as it sounds.  Although perhaps that is my Japanese food speaking which found fish malt to be surprisingly good.  I enjoyed the crispy potato with creamy topping as rich and satisfying. 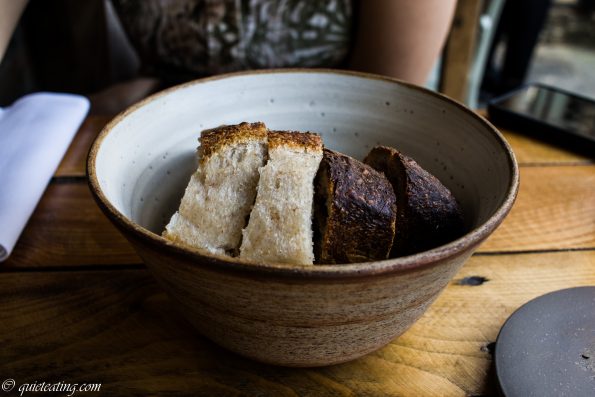 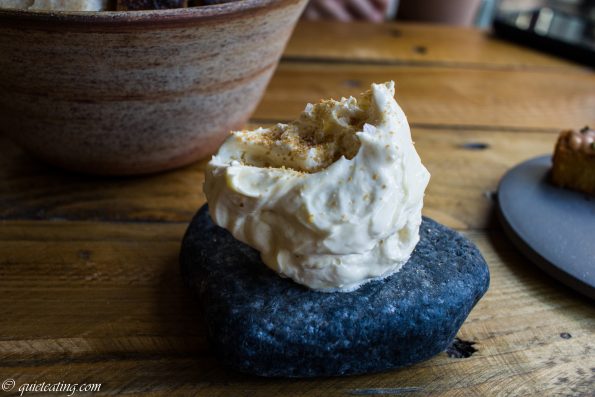 Butter.  A towering stack of whipped butter to go with bouncy, airy bread, together they were better than the sum of their parts, which was rather good. 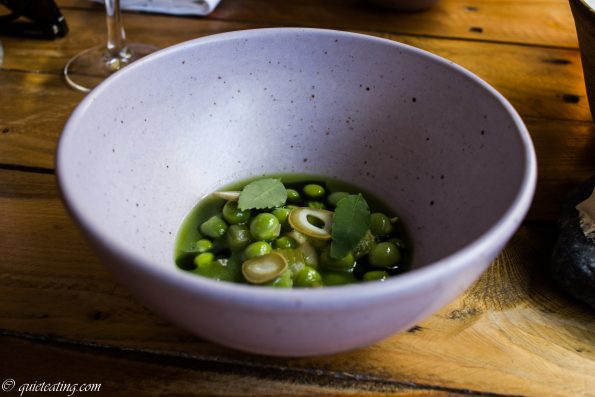 Pea, almond, sancho pepper.  Unfortunately, it was here that the food started to go downhill.  The almond and pea soup was creamy and tasty.  The slivers of pepper didn’t really add much.  The peas tasted undercooked and their intense rawness destroyed the careful balance of this dish.  Tasted a bit like you had just plucked a pea shoot off a tree and shoved it into your mouth. 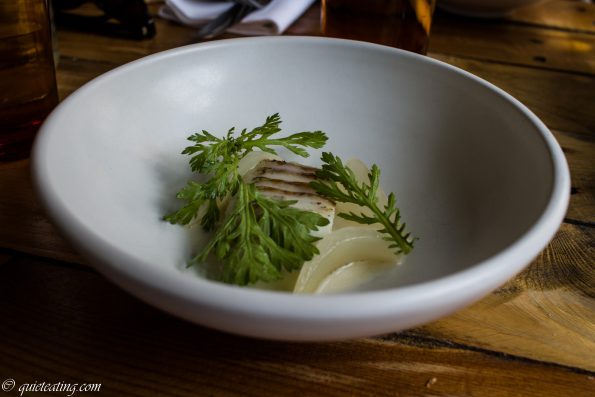 Pollock, lemon drop pepper, onion. A bit better than the soup, this was pollock lightly cooked with what tasted like pickled onion.  A bit of a weird combination which although not bad wasn’t really for me. 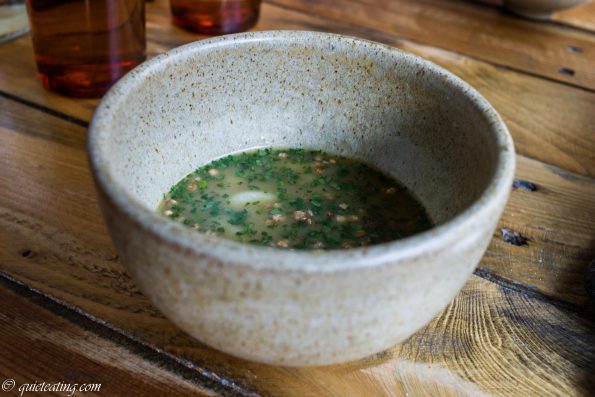 Cavatelli, crab.  This was sweet and sour crab soup with cavatelli (a type of pasta).  The pasta was cooked the wrong side of al dente with a flaky taste of uncooked wheat on each bite.  The sweet and sour soup was a curious choice and would have been better suited to pretend Chinese food such as sweet and sour pork.  This was probably the lowlight of the meal. 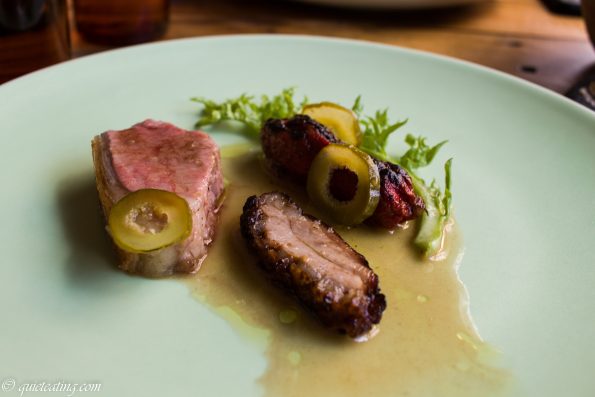 Yorkshire Lamb, young fig, San Marzano tomato.  The tomato was juicy and interesting its oblong shape.  From this experience I have to remember to go for non-spherical tomatoes when I can if they taste anything like that.  Also from this experience I have to remember not to eat juvenile figs like this as they lack the depths of their more mature siblings.  The lamb was alright if a bit plain.  Together, a bit of an inconsistent dish. 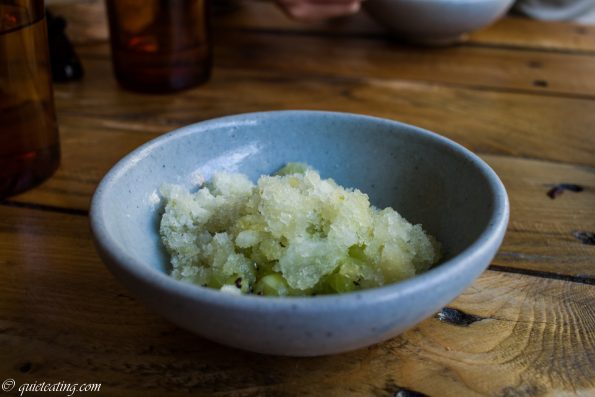 Kiwi, yoghurt.  A slightly strange mixture of shaved ice and kiwi on a yoghurt bed.  If it was trying to be palate cleanser as a pre-dessert, mint or something sharper might have worked better than sweet kiwi.  Not bad but not good. 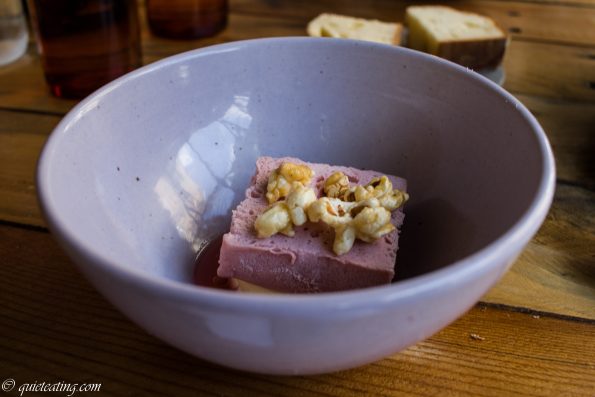 Fermented strawberry, Yuzu kosho, Sweetcorn miso.  This was tasty as the slightly tart strawberry tart, sweet popcorn and sweet and umami sweetcorn miso played a symphony on my tongue with each bite. 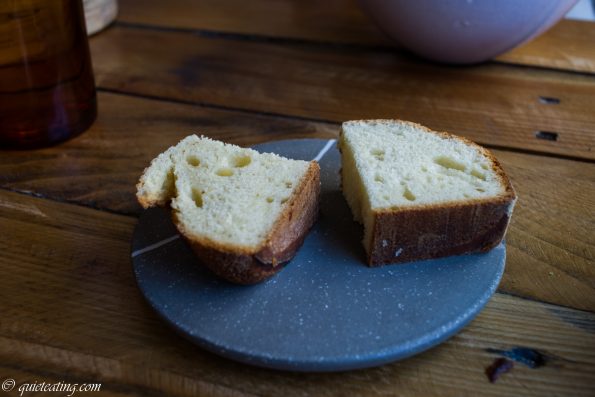 Japanese milk bread.  Mopped up with this bread it was a pleasant way to end.  Even if during lock down I have if not become an authority on milk bread, I have at least a practised hand at failure.  Even though this did a good job as a mop, I think the labelling did not correlate with my thoughts of what milk bread should be.  It was sadly too dense. 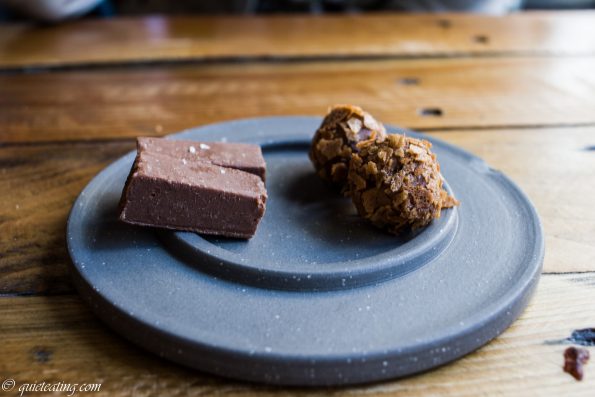 There were not many hits but quite a number of “urgh what is this” moments.  Then again, if things were always good, life would be boring.  Although, on second thoughts, just to double back and use a lot of useless pointless words to beef up my post that I am usually loath to do, this was literally, to be honest, one of the most perplexing meals I have had in recent memory.  I later found out that this place had one Michelin star.  I am perplexed.  Service was slow, non-existent at times, the food inventive but often didn’t hit the spot.  I guess it was clever, so I should quietly eat my food and stop talking now.