I usually approach restaurants in hotels with particular caution as I’ve been burned too many times before.  I suspect that it is because restaurants in such envious positions have a captive market as tired (or just can’t be bothered) hotel guests elect for the closest establishment to their room for sustenance.  In which case, maybe makes sense to serve something not to complicated like a pie. 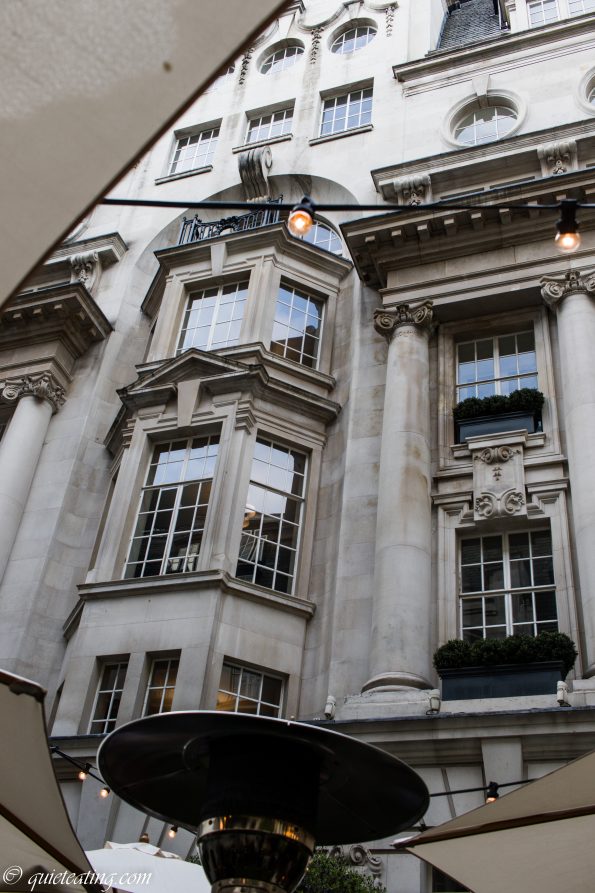 The view from the table.  There is a particular charm to be had having dinner in an interior courtyard surrounded by stately buildings.  That is worth a few pounds in itself.  As long as it isn’t raining of course. 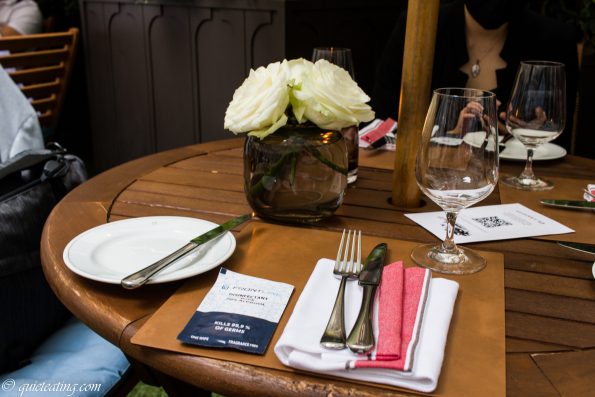 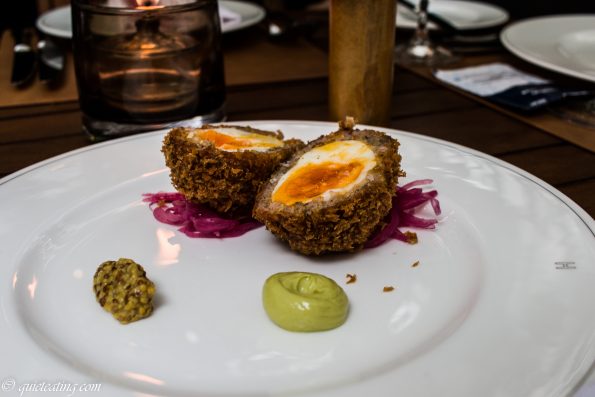 Rare breed pork & white pudding scotch egg.  Given all the noise and debate about scotch eggs triggered by a remark by a certain politician (shows how we can obsess about the most insignificant things when there is no real news), I just had to try as this was something that this restaurant is known for.  Even if it was a little dear as this little egg costs more than double most pints.  It was tasty with crunchy exterior, fulsome taste and half-cooked egg in the middle.  Yet it definitely does not fulfil the definition of “substantial meal”.  It does fulfil the definition of “substantial price”. 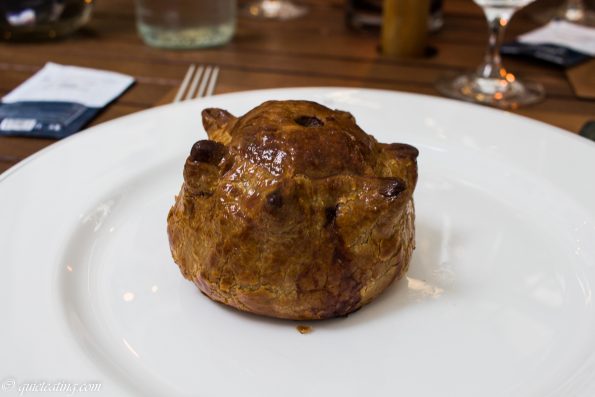 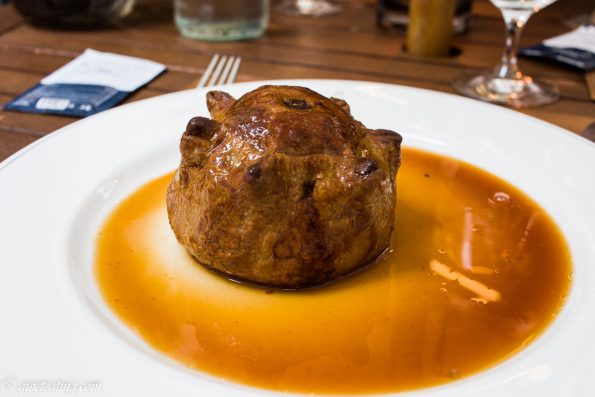 With gravy.  This little piggy was brought to market without any friends.  As you can see from the rather sparsely populated plate.  A glistening layer of gravy is all that this pork pie can claim.  It was meaty inside although perhaps a bit salty.  Not really suited to my particular tastes. 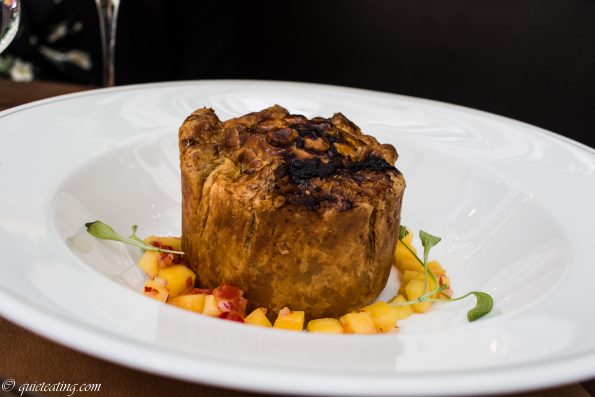 Curried mutton pie with mango salsa, curry sauce.  The best of the lot, this goat was good.  It was meaty yet smooth.  Sweet and sour.  Crunchy and satisfying.  It also avoided the heavy taste and smell of goat which is somewhat hard to get rid of. 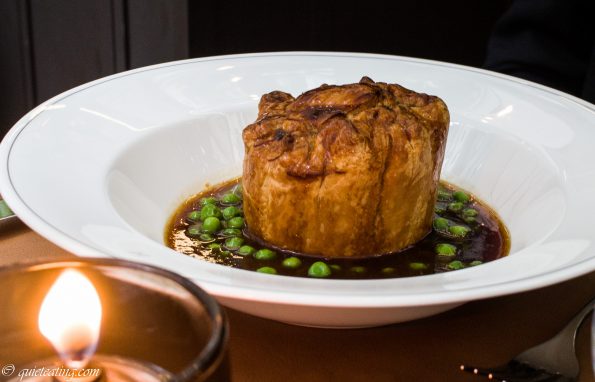 Chicken, chestnut mushroom and tarragon pie with garden peas.  A packed chicken pie.  There was a lot of meat inside, so much so that I was amazed that it didn’t explode out.  The succulent meat was nicely flavoured and it was nice that they threw in some token peas.

The setting was excellent in a private courtyard.  The waiting staff attired smartly.  The food of a decent standard.  However, I couldn’t help but feeling at the end that the very full price with the lack of any substantial sides was being a bit penny pinching.  It almost felt like the meal cost us an arm and a leg.  Or perhaps, I should say it cost the pig an arm and a leg.  Although, as the world these days seems to function, better it than me.