I don’t know what Townsend means.  It doesn’t seem to break down into useful constituents to provide kindle for some type of witty introduction.  It defeats me.

Instead I will describe it as a small restaurant near Aldgate East.  It is rather objectively small, which is perhaps best as it was manned by one harried-looking waiter and from glances to the rear, one chef.  An economical operation in this day and age or perhaps a sign of the times with F&B employees in short supply.

Then again, such lack of employees has rippled out much further to encompass many other industries.  Like the NHS (always perpetually in need), truckers and retail store staff.

So putting such diversions aside, let’s pretend that if Townsend is a synonym for small, then it is an apt name. 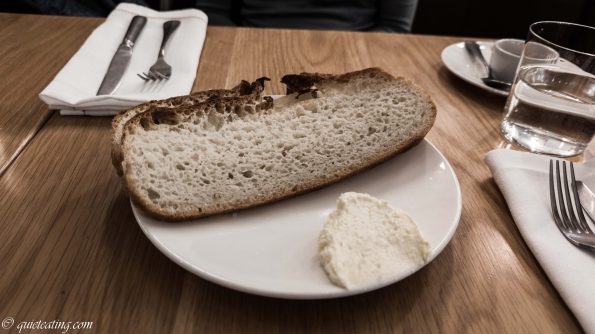 Focaccia and whipped butter.  The bread was springy and light in taste.  A good mixture with the whipped butter.  Nice if slightly too thin for liking.  Perhaps a sign of cost cutting here as if you cut the bread thin enough you get more slices. 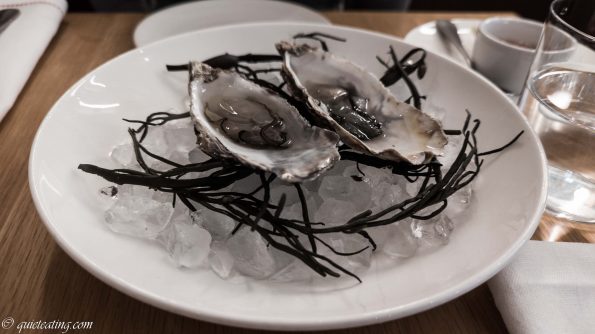 Rock oysters.  The oysters were decent but (surprise, surprise) these specimens were on the smaller side. 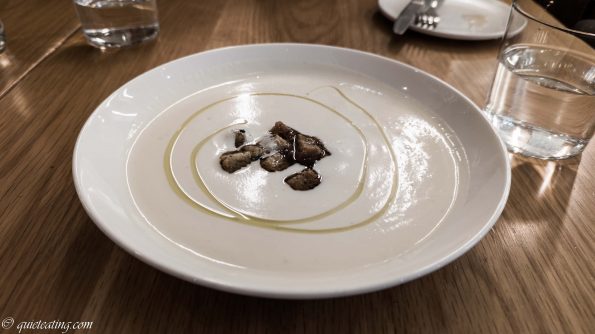 Cauliflower soup with brown butter croutons.  This was excellent, one of the best soups I have had in the last year or so.  It was creamy yet slightly salty, smooth yet set off with delightful croutons, fulsome in a way that I did not expect cauliflower to be.  Definitely something to order again and thankfully not that small. 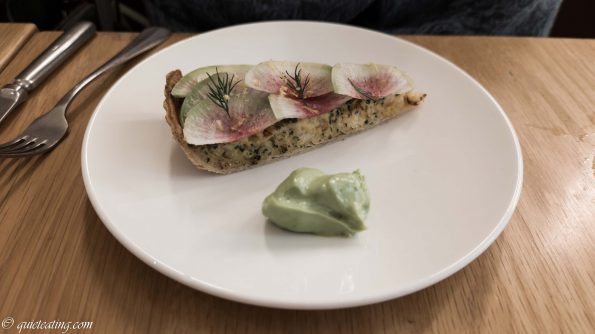 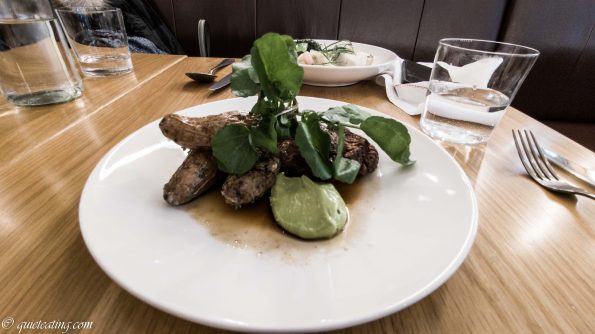 Hereford bavette, fried pink firs with tarragon mayonnaise.  The potatoes were great, I suspect parboiled and then finished on the stove or oven, they were soft inside, crispy outside, melting with flavour.  The steak was alright, a bit chewy but decent.

I made the mistake of slathering my steak with the green sauce and then trying it with the potatoes too.  I had seen that green sauce somewhere else before…  Oh yes, the crab.  Shouldn’t have fallen into the trap.  This dish is much better without the green monster from the deep. 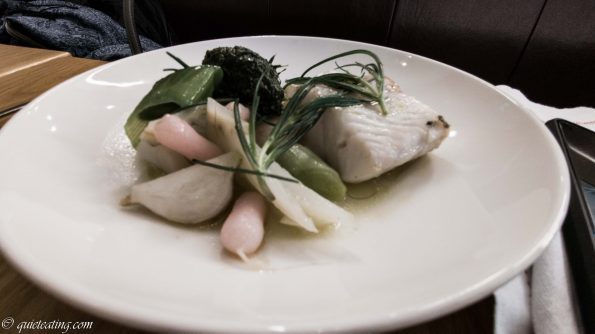 Cornish pollock with poached winter vegetables and green sauce.  I don’t really like pollock.  My fellow diner does.  She said it was light, tasty and complemented well by the vegetables.  Not really to my taste though. 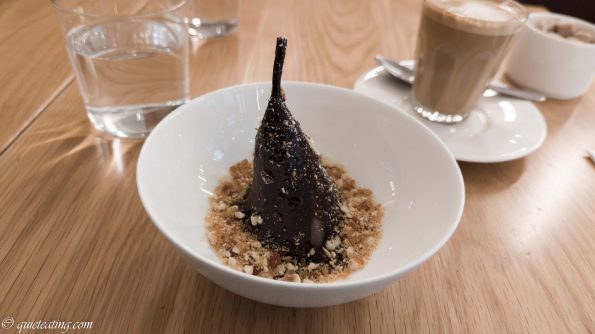 Poached pears with chocolate sauce and caramelized hazelnuts.  I was expecting more than the singular, as “pears” means “more than one”.  An interesting look as it reminded me of dying and discarded Christmas trees I had seen recently denuded of their branches and sadly wilted.  It tasted as exciting as it looked – I leave you to think of that yourself but it is not complimentary. 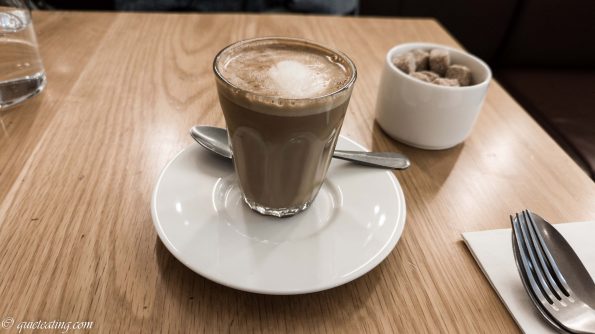 Latte.  The coffee and cup were hot, very hot.  The milk was very flat.  Altogether, it was very average.  Although this did provide some entertainment for my fellow diner as the cup was so hot that I had to take the undignified route of moving my mouth to the cup rather than the more civilized movement of cup to mouth.

This meal was kind of a mixed bag.  Some things were good, some things less so and some just left a question mark.  Maybe I came on an off day.  Although after I left I did think of what you could break the name of this restaurant into.  “Towns” “end”.  No, duh, you may say.  In which case, if this was the last bastion of nourishment at the end of the town before you left civilization, you were starving and there was no choice if you wanted to fill your belly unless you were willing to resort to clipping away at the grass like a cow, you consider it.

In any other event, the food at the end of the town, is something you can miss.