Appears that there are quite a few establishments calling themselves “Tea House” or some variation thereof.  Seems to be a popular name.  Not particularly imaginative though.  Just like calling yourself coffee shop.  Or perhaps eatery.  Although perhaps useful in telling you what it is that you are in for.

Although calling yourself after the district or the road is quite common.

Alternatively, you could call yourself “the Shed”.  An edgy name perhaps leads you to think that things might be “interesting”. 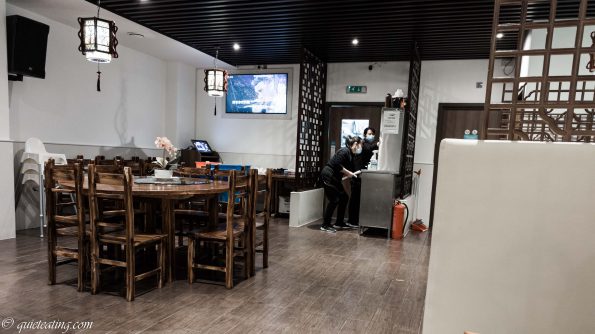 Once stepping inside, you could see fairly typical Chinese decor for the UK, i.e. wood everywhere and TVs with Cantopop playing in the background.  Thankfully the volume was turned low.  To better enjoy food and talking. 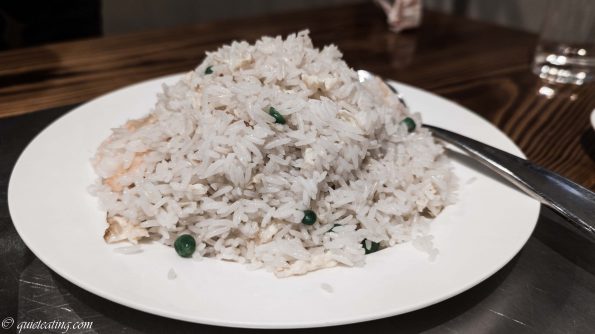 King prawn fried rice.  The rice was nice.  As it was firm and not mushy.  Didn’t have much taste though sadly as strangely I couldn’t detect the soy sauce in the dish. 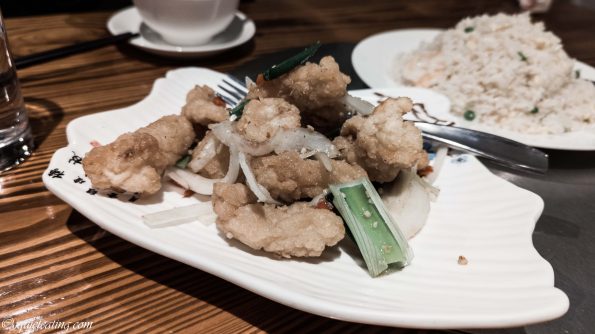 Salt and pepper squid.  The weirdness continued as this was tasteless, almost seemed like someone had forgotten to add the salt.  Although the toasting with onions (green and not) added some flavour, I couldn’t really find the salt or pepper. 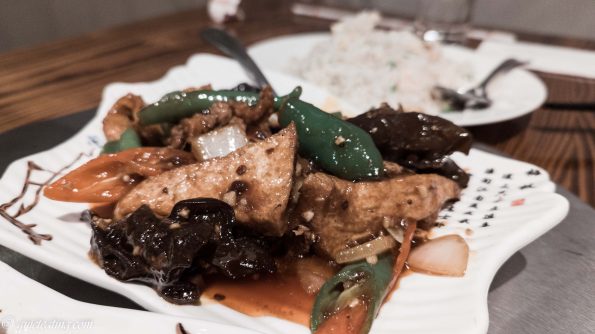 Stir fried tofu with mixed vegetables in chili sauce.  Probably the best dish of the day.  The vegetables were not overcooked, the tofu retained structural integrity.  Smooth, pleasant, soya sauce taste (so that’s where it went!) led to something not bad. 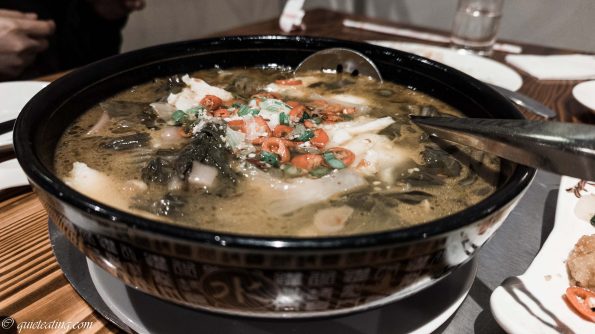 Sliced fish with preserved vegetable soup.  This was a bit unusual (but perhaps not for this restaurant) in that the fish didn’t have much taste (I expected that) but the soup and vegetables were kind of flat.  Didn’t add really that much to things.  It was salty though.

Perhaps ironically in the “Tea House” we didn’t drink tea.  Instead we had water.  While struggling to make the connection between the name of the place and the food on offer, sometime later as I was reflecting on the meal I got it.  It is called “Tea House” because the food just doesn’t have much depth to it.  Kind of like tea.