I was kind of expecting a wild ride at Wilde.

It didn’t exactly live up to expectations.

Billed as a casual eatery below railway arches, it is located at Paradise Row.  In these days of hyperbole where everything is super, perfect, outstanding – paradise seems something that is quite easily attainable.  If going to Bob’s super exciting party is promised to be a fantastical experience but instead seems to be a test of endurance as watching paint dry is more riveting, literature promising me the bee’s knees puts me on guard. 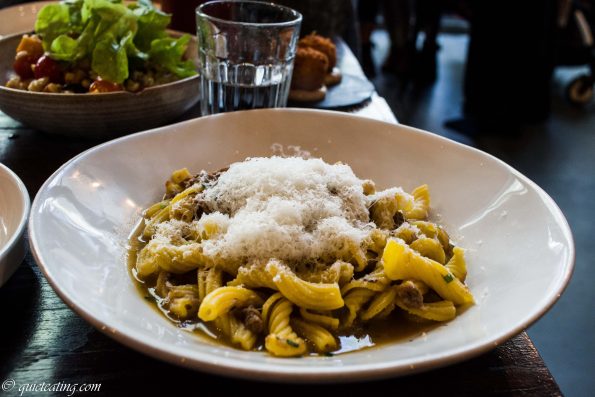 Casarecce, venison ragu + parmesan.  Especially when it is in regards to the pasta.  There are many excellent pasta places around London, some of which I have actually been to.  Padella, Pasta Remoli, Flour and Grape, Luca, I could keep on going on but I hope you can see that exquisite pasta is not exactly hard to find in London in this day and age.

This was not it.

The pasta was rather chewy and tasteless and the venison ragu tasted like it had come out of a frozen meat grinder.  The cheese didn’t really rescue anything and instead tasted a bit like tasteless sawdust. 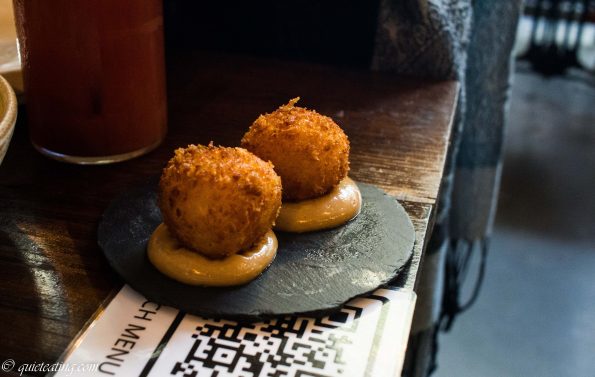 Delica pumpkin, sage arancini + black garlic aioli.  In contrast, these were nicer, not that it was a great challenge.  I couldn’t really taste the pumpkin, even if the arancini had a satisfying meaty taste. 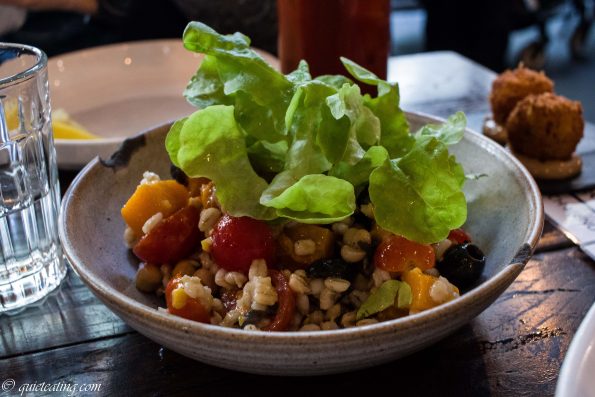 Barley salad, chickpeas, sun dried tomatoes, corn, black olives and squash.  Colourful and with a nice clean taste if nothing really that special.  Nothing to write home about though. 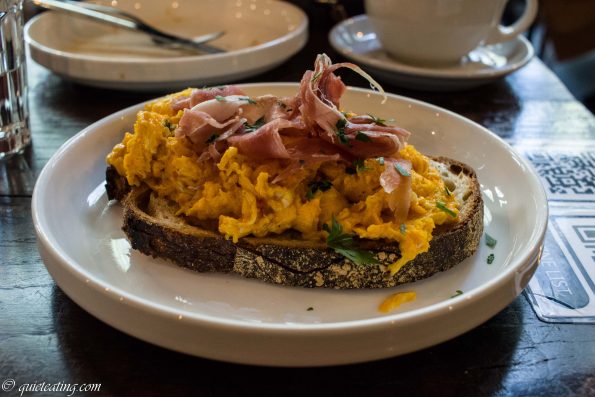 ‘Nduja scrambled eggs on sourdough.  The best meal of the day, the eggs were light and fluffy, the ham rightfully salty and fulsome, the sourdough spongy and not waterlogged. 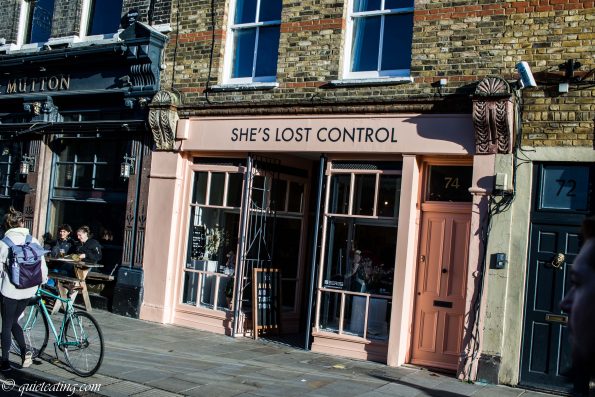 Although the sourdough toast we had at the end was a nice way to end, it was a bit of a case of a little too late.  So we departed the restaurant hoping to find something to distract us from what had happened and ended up wandering around the area looking for something to pick us up.

Keeping my eyes open (I still remember that day when a wayward step landed me in something I could have done without), the sign on this shop made me smile.  I thought sadly that Sagar and Wilde was definitely not somewhere that this would happen.  Many people have laughed at the description of a “quiet eating 10/10 – sell your children to go here”.  Another synonym could be that at that score, people would lose control.

At Sagar and Wilde, things were not great but neither were they terrible.  Although there is particular entertainment (at least for the spectator) at either end of the spectrum, i.e. a terrible meal or one astounding, far more boring is a place which is rather flat – a place where you won’t lose control.  Then again, perhaps given all that is currently going on in the world, lack of excitement is just what we need.