First weekend following the second lockdown, I was excited to try something besides my own cooking.  So when I stepped into the Larder, with bright lights, soft buzz of conversation in the background and modernist furnishing, things seemed at least superficially good.

With that statement, before I let your dread simmer further, this comment was not to foreshadow terrible things to come but more a reflection of the Larder itself.   I had heard for years how, encamped in its location overlooking Clapham Common (it was called the Dairy then), it was the eptiome of the well heeled middle class looking for a great place to socialise without breaking the bank. Oh, and it had good food too.

It would deliver at a wallet friendly price.  Following its relocation, it seems that they have lost most of their loyal crowd.  Or, perhaps, like me, they are just a bit too lazy.  Bermondsey is quite a trek from Clapham. 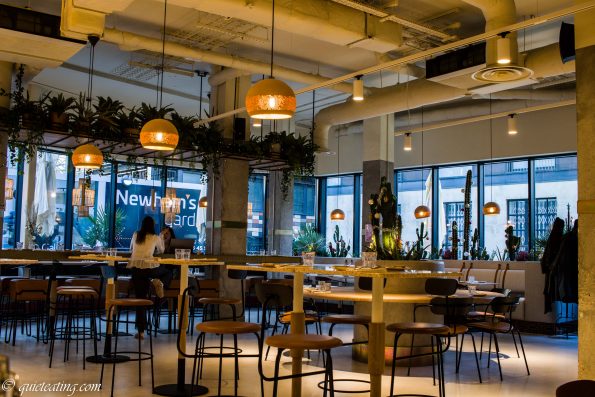 The people in view are the employees enjoying some downtime.  At 12 noon.  On a Saturday.  Like me, they consider that this was a good time to catch up on things.  Unlike me, they are on the clock.  Sometimes I wish that my work could be like that.

Putting such idling aside, my stomach was rumbling and so it was time to eat. 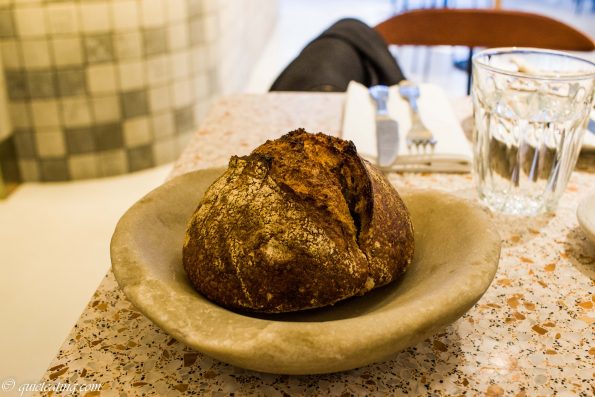 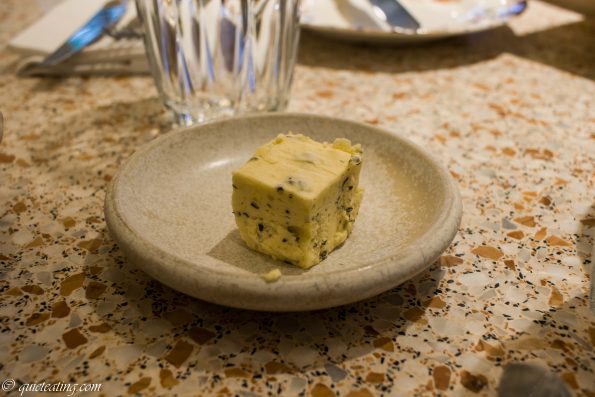 Whipped herb noisette.  The loaf and the noisette were ok.  Although they raised many questions.  Who is Janine?  Also, what is a noisette?  Is it butter?  Is it cheese?  Is it some new-fangled way of naming calcified fat such as butter?  The above confusion provided some distraction. 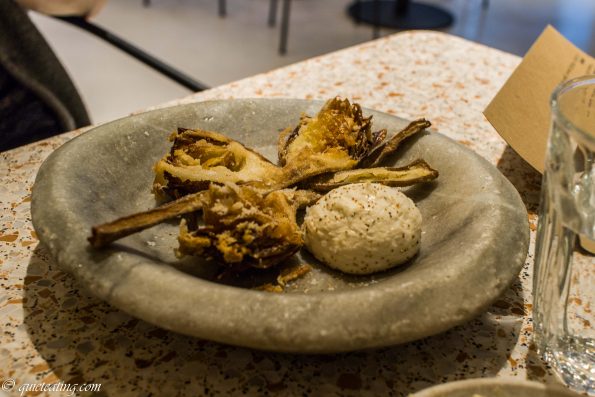 Fried spiny artichoke, whipped roe.  Interesting whipped roe, full and creamy however the artichoke detracted from the meal.  Was a bit too soft and squishy as a result of soaking up a bit too much oil.  Perhaps they should turn the temperature up a bit in the kitchen.  Might also have the benefit of perhaps galvanizing the staff. 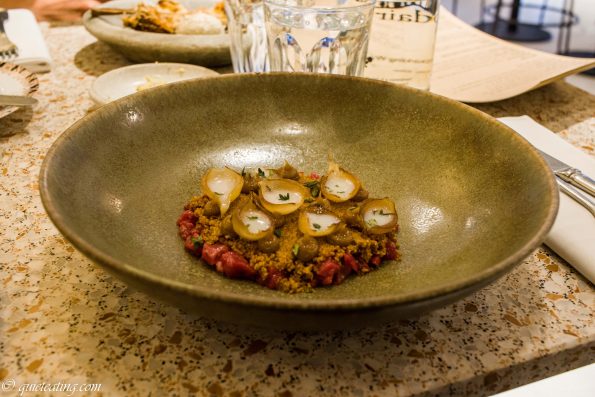 Native breed rump tartare, ember, shallots, thyme buttermilk.  The interesting brown stuff on top is sourdough dusting.  It was innovative in a good way (although I guess if it was bad instead, you would call it original…).  The shallots added a nice sour tang.  The beef was a bit too underseasoned for my liking though and didn’t leave much taste of anything on the tongue afterwards. 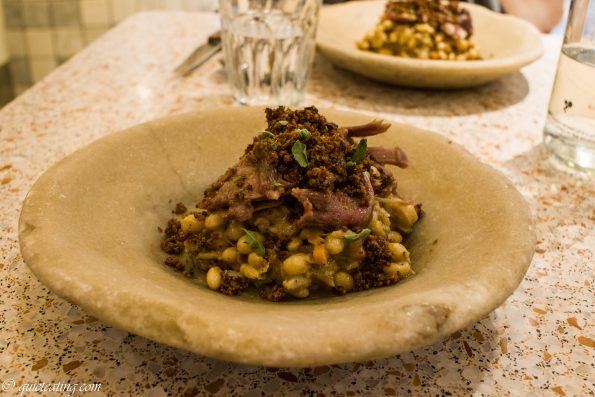 Braised lamb cassoulet.  With the same sourdough dusting on top.  The lamb was ok, if a bit bland and softly textured.  Unlike the beans below which seemed to sit just on the wrong side of cooked.  Several of these nuggets left a raw taste in my mouth.  But the sourdough was good. 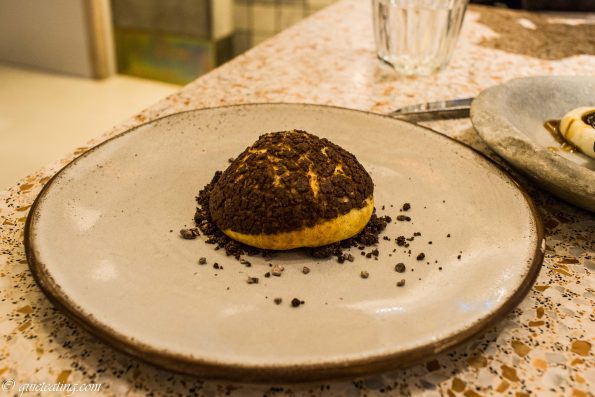 Malt barley choux, chocolate salted caramel.  With the same sourdough dusting on top.  Actually, I jest.  That is instead called chocolate soil.  That description always puzzled me.  I wouldn’t want soil anywhere near my food as I would hope that it would all be washed off.  Why not just call it a chocolate dusting instead?

If they want to come up with fancy ways to say that it has chocolate on top, I can think of many not so polite ways to put it.  This was ok but nothing special. 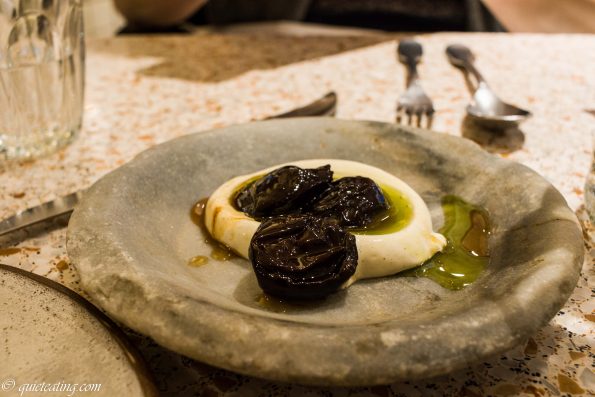 Wild Balinese vanilla ice cream, Agnes prunes, fig leaf.  The green sauce was very interesting.  That is what you get when you have fig leaf oil.  This was probably the best dish of the day.  An interesting collection of flavours and the fig leaf oil added an interesting and welcome touch to the smoothness of the ice cream and the meatiness of the prunes.

As estate agents love to say, the most important thing about things is location, location, location.  In that case, this restaurant, at the back of a co-working space, fails.  You have to definitely be looking for this place in order to find it as signage through the hotel lobby is a bit lacking.  As for whether the food quality warrants such navigation though, unless you have an especially low bar, you might want to give this a miss.

Lunch (3 courses) was GBP 27 per person excluding drinks and service.