I guess I should have known better.  Although, in my defense, we weren’t exactly spoilt for choice.  For a weekend lunch around Waterloo, if you aren’t too keen on the chains, there isn’t really that many options.  So we decided on the restaurant based on the highly selective and diligent method of how it looked on the cover.  It looked pretty good with its high ceilings and buzzing atmosphere. 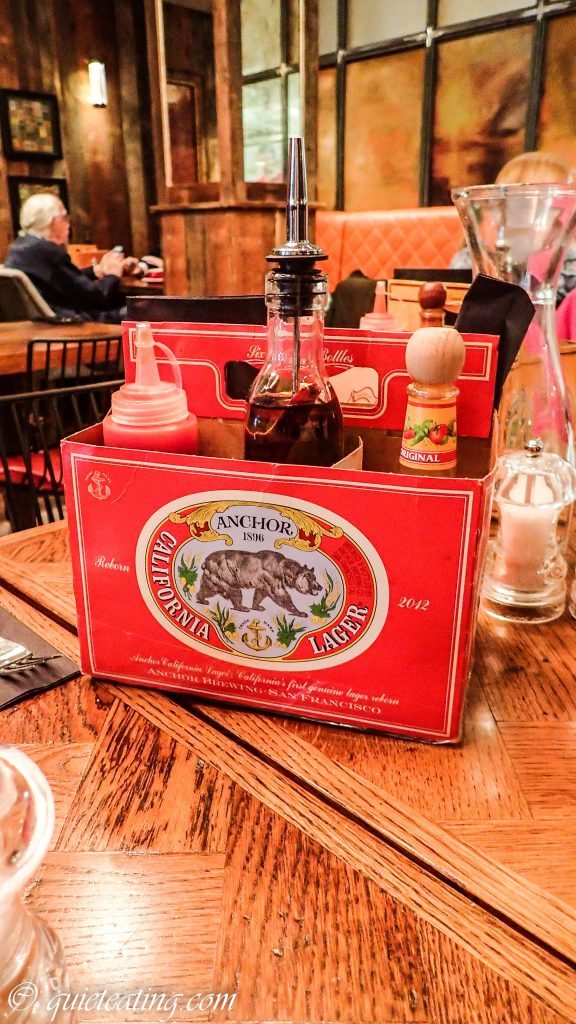 Yet when I saw this, I should have run for the hills.  I remarked to my friends that I had definitely seen that somewhere before and it did not bring back happy memories.

With more than my usual trepidation when trying food in a restaurant I have never heard of (yes, I tend to stalk restaurants and find out as much as I can before gracing them with a visit), we went for the safe options.  The chicken wings – after all, they are hard to screw up, right? 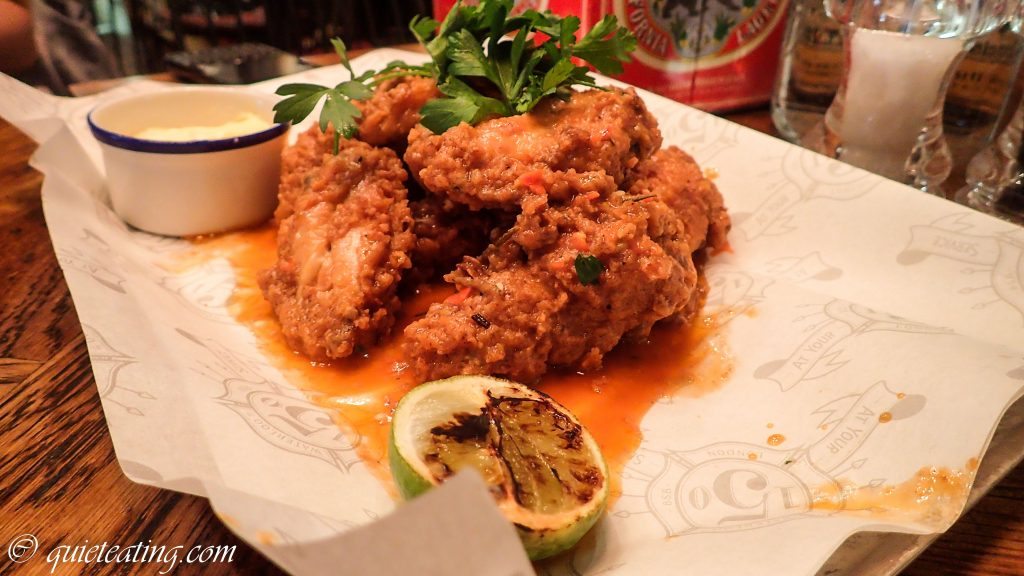 Chilli and caramel wings.  I was proved wrong.  Swimming in oil, these breaded wings were soggy and limp.  Unfortunately, they weren’t tasteless but seemed to have acquired some weird sweet and salty flavour.  Almost like a failure of sweet and sour pork which was drenched in oil. 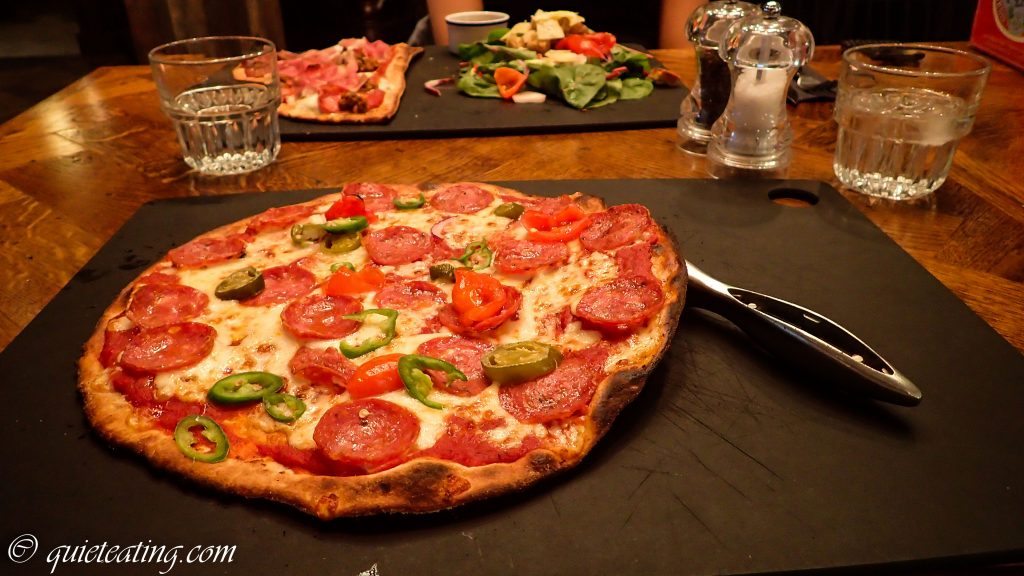 Salami pepperoni, Peppadew peppers, green chilli and jalapenos.  This was a rather sad pizza.  At GBP9.95 it would have been nice to have a bit more topping but I guess they have to make their profit somewhere.  Despite three ingredients from the chilli family, this pizza failed to ignite even the hint of heat.  This made me think that I should have gone to Pizza Hut instead.  At least there you know what you are getting. 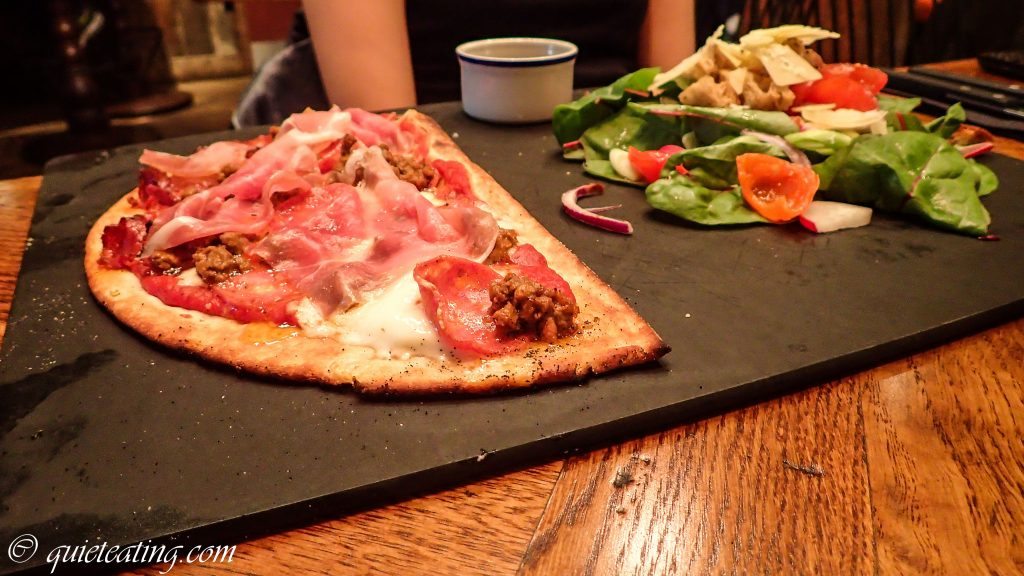 Parma ham, chorizo Iberico, beef ragu and salami pepperoni with a house salad.  There was no spark here.  Unfortunately, it just tasted like meats had been piled on dough by a four year old chef playing with his play dough.  Although at least the kid has an excuse.  He usually doesn’t eat his toys.  After this, we just couldn’t stomach the desserts.  The restaurant was already burning a hole through my standards, so we left before it could form into more physical apparitions . Indigestion.

I guess Fire Station is an apt name.  It seems that the restaurant needs to have a fire lit up under it to get its act together.  If the skill of the kitchen is any indication, let’s put it this way, if my house was on fire I wouldn’t call them.  They might add to the blaze.