The Barbary Next Door

If you can’t get into the Barbary, why not try next door?

At least that is the tag line I think they were trying to come up with for the shop next door.  Formerly Jacob the Angel (may it RIP), it is now not quite but almost the Barbary.

It does have the advantage of adding some colour to your day as compared to the big brother next door, with bright yellow tables.  As a more casual eatery than next door, it promised a more laid-back service (and I hoped, a lower price as much as this is possible in today’s inflationary environment). 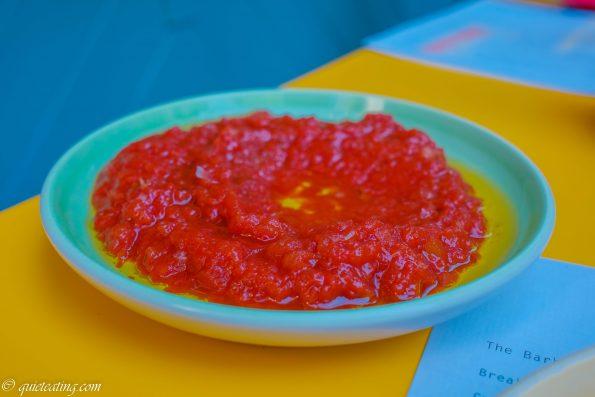 Matbucha, tomato and pepper.  Fresh tomato and pepper mix, this was pleasant.  If not something that looked technically difficult to achieve as I had much experience squashing tomatoes when in a particular rage in the kitchen.  Helps to take the stress out. 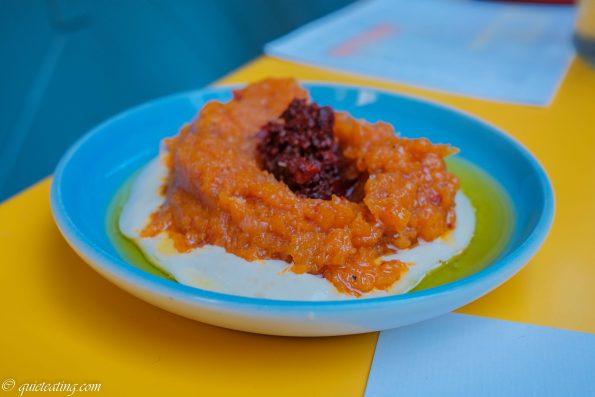 Tirshi, pumpkin salad on top of tahini.  Pleasant for mopping up with the bread but again a bit dear for something that was not technically that difficult to do well. 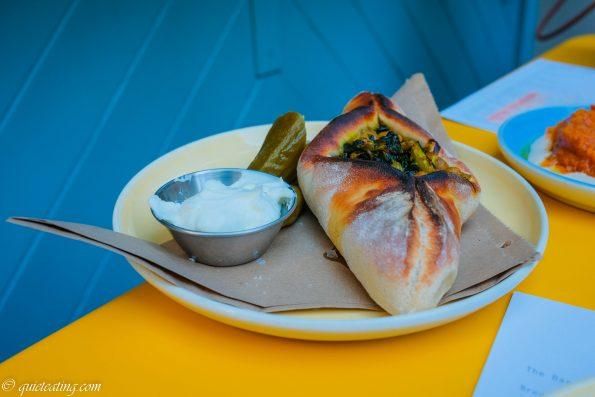 Fatayar, swiss chard, chickpea, yogurt.  This vegetable bread was surprisingly good.  Although I harboured fears that it would be rather hard and dense inside, such issues were unfounded.  Instead, it was soft and succulent inside.  This required skill to get right, as my multiple failed baking attempts at home can attest. 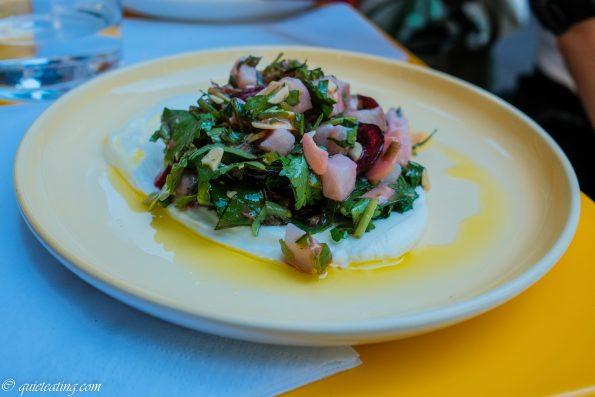 Seabream tartar.  Succulent and fresh with a sour finish to contrast with clean tasting leaves.  Nice even if the tartar morsels were just morsels.  Something a bit more meaty might have gone down better but it was still good nonetheless. 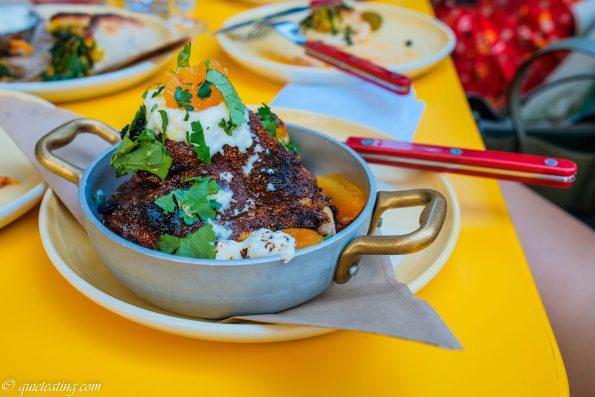 Chicken tagine.  Heavily spiced and exceedingly soft, with prunes on the side.  The boneless chicken legs achieved the texture of crunchy but supple skin, tender exceedingly flavourful meat inside with sweet and dairy notes.  The best dish of the day. 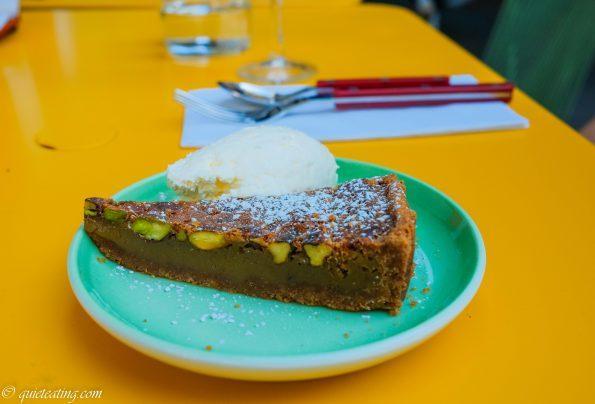 Hashcake.  I had had that at the Barbary before.  What I found very amusing was the name “hashcake” which seemed to imply something illicit.  Sadly, to disappoint those that might think that an interesting story might be coming here, this was an almond cake with cream on the side.  Looks a bit like Japanese curry roux cubes actually but thankfully tastes alot better than that with a sweet nutty flavour.  A bit dear though. 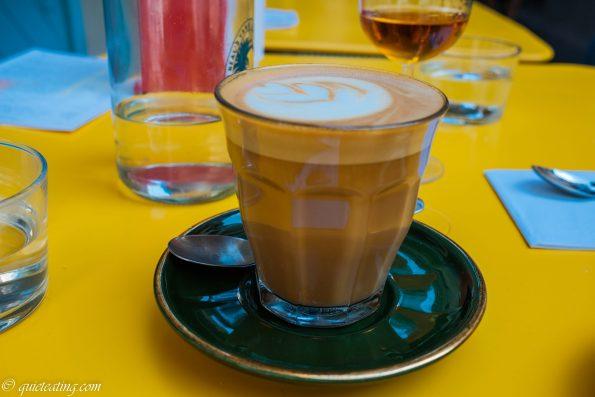 Latte.  When the waiter asked if this would be better than Jacob the Angel, they said that of course it would be!  As they would be making it!  Sadly, this was not the case so I will have to go elsewhere for my coffee in Covent Garden now.

It was a good meal, although a bit dear.  It is a bit cheaper than the Barbary though with some overlapping dishes (i.e. the hashcake), but easier to get into.  So ignoring price and the slightly eye-wrenching yellow tables, this is somewhere worth going to.  Now if only all restaurants next door could be like this.

The Barbary Next Door
16a Neal’s Yard
London WC2H 9DP