Expectation can be a heavy burden.

Why, I can remember a friend who had built up his culinary skills to a great extent while he was seeking to increase pent up anticipation.  When everyone and their dog inundated him with requests to try his food, he moved to the next calculated stage.  He played coy and hard to get.  After this became particularly annoying, his “friends” (including me) decided to put a stop to this.  We carefully employed a policy of systematic and concerted bullying to get him to budge.  After a while, when things became almost unbearable, he finally agreed to showcase his cooking abilities.

When the fateful night of the meal arrived, all his good friends/bullies arrived to partake of his food.  He laid out a good spread and never one to hide his efforts and achievements under the table, declared that he had woken up every few hours starting from 1am to stir his pot of stew.  Polite applause of his efforts followed, with sniggering when his back was turned.  Yet the biggest reaction appeared when we were on the home stretch of cheese and biscuits.  Throughout the meal, slightly veiled comments were made about his cooking prowess even though it was actually rather decent.  Being the good friends we were, we thought to deflate his head a bit at this end stage.

So when I was prodded for a response to this elaborate meal, I responded “the cheese was good”.  Much mayhem then erupted.

So, such were my thoughts as we arrived at Jacob the Angel.  Set up by the same people who had started the Palomar and the Barbary, it had a tough act to follow. 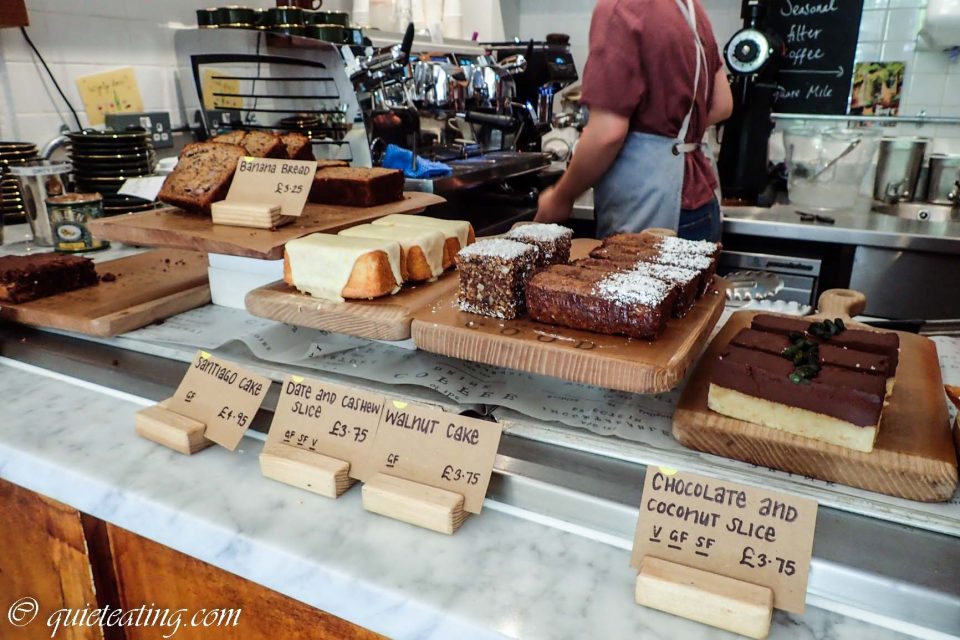 The spread.  This was very dangerous, as If I had indulged, I would be twice the man I am and become similar in build to the aforementioned friend.  Instead, I limited myself to two offerings. 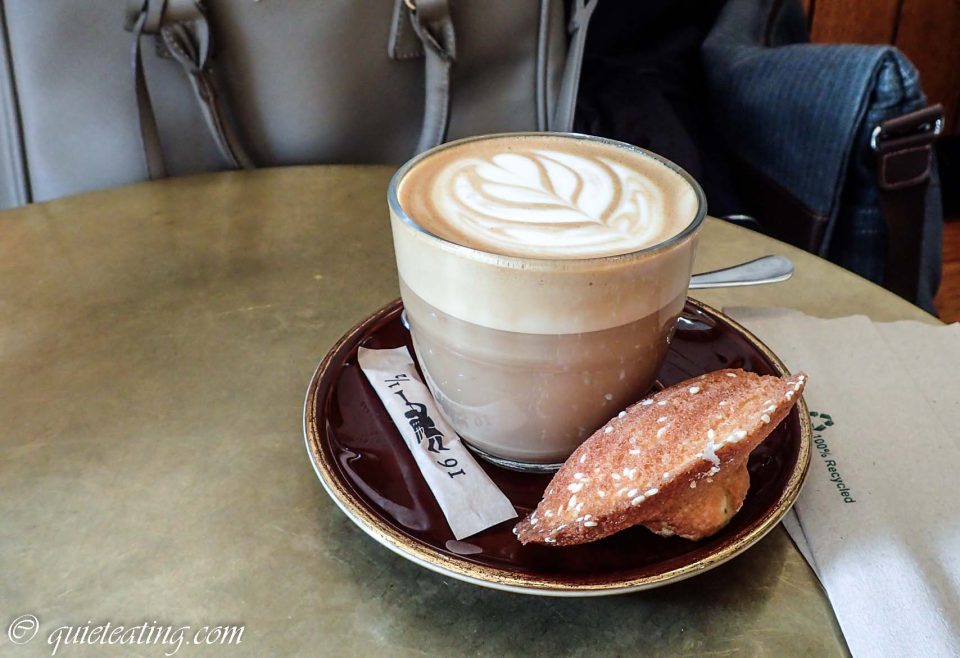 Latte with tahini madeline.  The latte was creamy with a delicate coffee blend underneath.  The tahini madeline was sweet and nutty with an earthy sesame taste.  A great accompaniment to a good coffee. 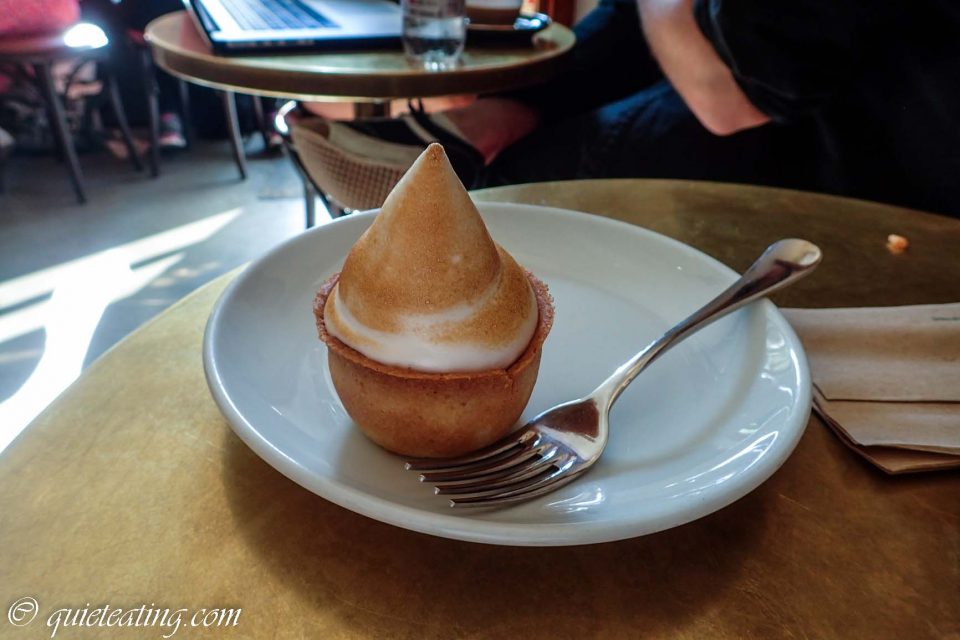 Coconut cream pie.  I’ve never had something like this before.  It was inspired, creamy, delicate coconut and firm base.  If there is a reason to visit the Angel, this is it.  This almost seemed like what an angel would eat in heaven. 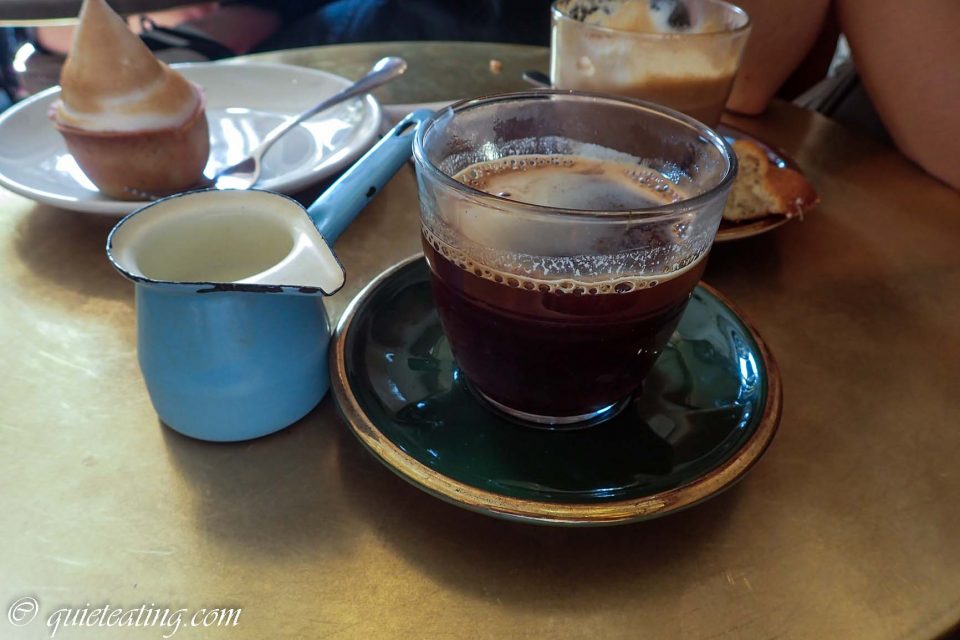 Americano with milk on the side.  I thought it was ok but maybe my tastes were tainted by what had come before.  Compared to the coconut cream pie, most things faded into mediocrity.   Perhaps if not set among such excellent offerings (coconut cream pie, I’m looking at you), it would have earned more points.  Yet, amongst other distractions, it sadly paled in comparison and just became fair. 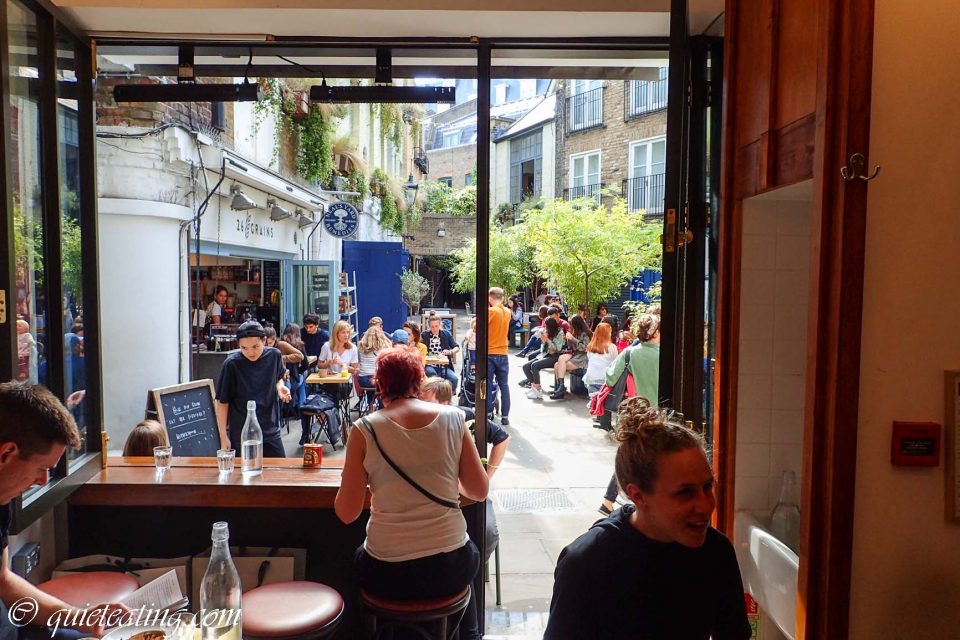 Yet, all too soon it was time to leave.  It came from such pedigree, that it was almost destined to surprise and please.  If it hadn’t, it would have meant a much more amusing review.  Yet, its relatives can sleep soundly at night knowing that by association their familial excellence continues to grow.

Yet, although expectation was fulfilled, it does have one trouble.  That giant of coffee, Monmouth, is just one street away.  However, that’s another story.