Bab Mansour promised to be a quieter (and more relaxing) meal.  At least on account of not many people being around for Saturday lunch.

Or perhaps things were more subdued just because August is the quiet period for eating out in London.  Hence part of the attraction of this place, it offered 50% off.

On another note, it seems that al fresco dining seems to be the new thing these days.  Although I suspect that having all the windows open may be an attempt from the restaurant to save on the air conditioning costs.  I had a very sweaty lunch at another place the other day on account of the air conditioner being “broken”.  I’m not sure exactly what wasn’t working, maybe someone’s finger not being able to flick the switch? 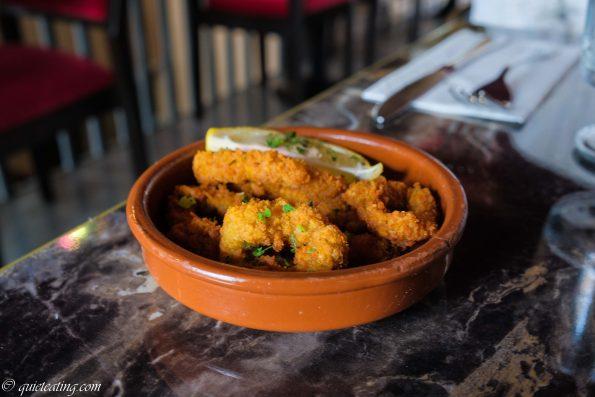 Calamari, deep fried squid with tartar sauce.  These looked nice, they tasted less so.  The problem was that they were soggy.  It may have been that they had been fried well but they had ended up standing under a heat lamp for a very long time.  A fairly bland and soggy dish disappointed on taste and texture.

Which brings me to the next problem.  With the restaurant only running at 20% capacity, it took over 30 minutes for our food to arrive.  Perhaps that’s why they are running such a good deal. 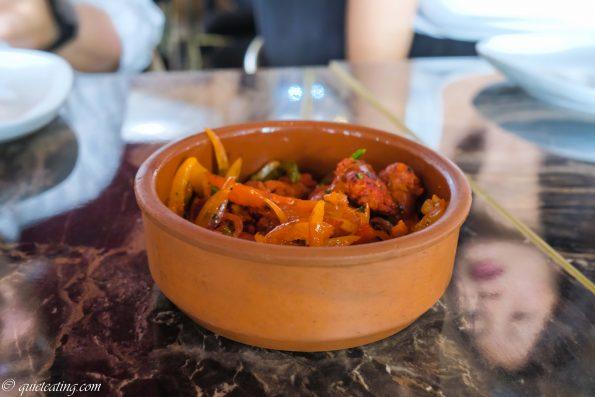 Merguez, Moroccan spicy beef sausage.  Perhaps a bit better than the calamari on account of it not being as sensitive to being left waiting, the little sausages were meaty, the peppers decent and the dish passable. 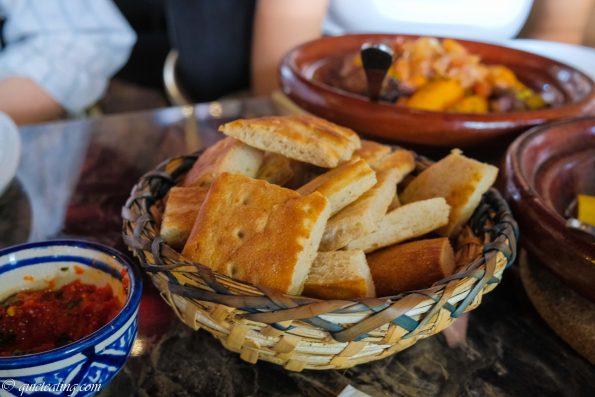 Bread, for the sausages.  It was the bread which was the stand out dish of the day.  Lightly seared and cut into bite sized chunks, these were airy, crunchy and thoroughly delectable. 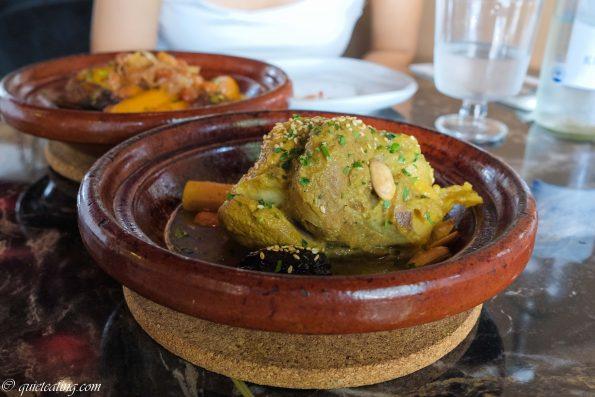 Lamb tajine, cooked with Moroccan spices, prunes and roasted armloads.  I think that auto spell check got their menu here.  I think it is supposed to be “almonds”.  In any case, there were not armloads of almonds and the lamb was rather bland.  Didn’t seem to have much taste and was slightly tough. 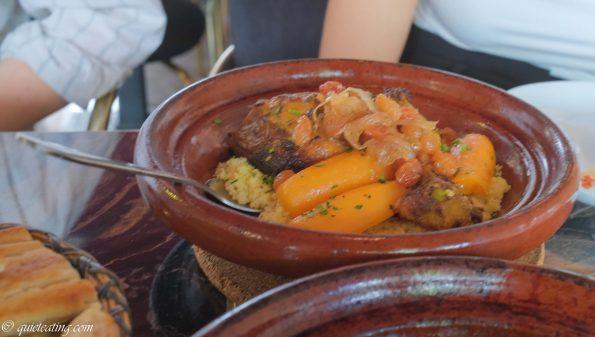 Chicken cous cous, cooked with caramelized onion, raisins and with seasonable vegetables.  This was marginally better than the lamb, although the amount of chicken was rather meager.

Some of the food looked good.  Some of the food tasted alright.  The rest fell in the mediocre category.  Searching for a redeeming factor, on the plus side, their location was good.  On the negative side, this is not the place to have a meal if you are hungry or in a hurry.  Even when I wanted to pay the bill, I had to go into the kitchen to get their attention.  That’s probably why they have to offer 50% off.  Then again, perhaps they could blame the invisible “armloads” of diners getting in the way.