As I go about life, I find myself constantly bombarded with attempts to get me to stop and think for a moment, with varying degrees of success. 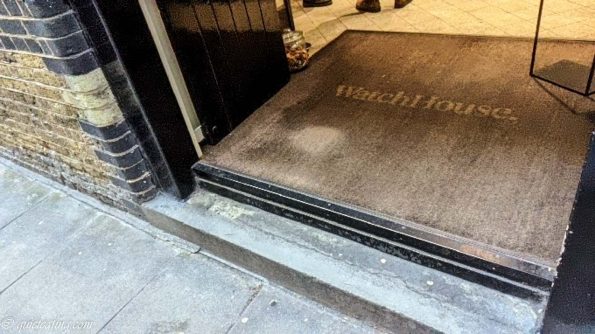 In any case, this is my long winded explanation of why I was initially interested in WatchHouse.  The name “watch” fills me with dread.  I hate it when people say “watch this space” as if you have nothing better to do in life than keep a constant eye for when they might decide to do something.

So I don’t want to watch anything.  My time is marginally more valuable than that.  Especially if you can’t get the basics right. 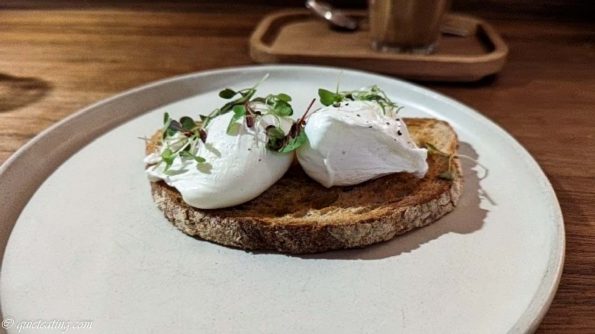 Eggs on toast, poached Cacklebean Farm eggs on buttered sourdough toast.  The toast was excellent.  It was crunchy but bouncy in all the right places.  The crust had a rich earthy taste without overpowering the smoother taste inside.

The eggs were less inspiring.  The poached eggs had been sadly overcooked as the insides were not oozing liquid but seemed rather solid, a solid congealed mess and somewhat overcooked.  The token sprinkling of leaves on top did little to lift things up.

On the bright side, this was a good example of form over substance. 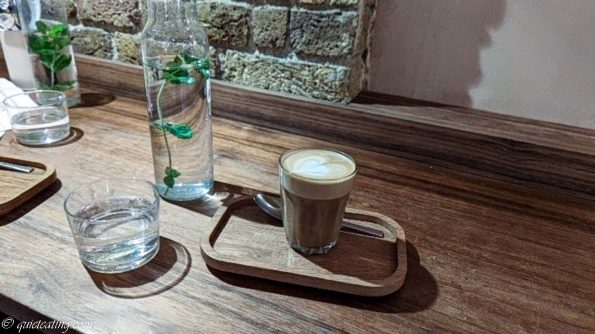 Latte, water glass and artful water jug.  I will not beat around the bush here, or ask you to check back later about what the coffee in this coffee shop was like.  The latte was bad.  It was bitter and sour.  Although I guess I should applaud the skill of the barista as usually these two notes do not go together.

Oh, the coffee was somewhat lukewarm too.  Excellent.

Although others have waxed lyrical about how good WatchHouse is and implored me to give them another try (or they threaten to disown me as their friend), as I have limited stomach space, money and time to do so I think I will give it a pass.  So although I could say watch this space for an update but if there is one thing that I particularly hate is empty promises – otherwise known as telling a lie.  So I’ll just say that it could have been an off day for WatchHouse but life is too short to test this hypothesis.

And my watch says I don’t have enough time.

Coffee was GBP3 excluding drinks and service.  The less said about the eggs, the better.