I should have known better.

So I say with hindsight.  Although, I should come to learn about suspicious signs.

Like if the staff seem a bit too aloof.  Then again, maybe it is just my face.

Or if the fellow customers tend to lean towards the waif end of skinny.  Then again, maybe I am just feeling overweight.

Ultimately, what should set all the alarm bells ringing is inconsistent service.  Perhaps it is how I look (I’ve had better days), how I sound (kind of stuffed nose somedays) or my poor choice of apparel (sometimes it is whatever is top of the drawer) but when a waiter decides to look down their nose at me (ok, at least he was very tall so he probably does that with most people) but starts fawning over the people at the table next to me (I guess the two guys were better looking), I get kind of annoyed. 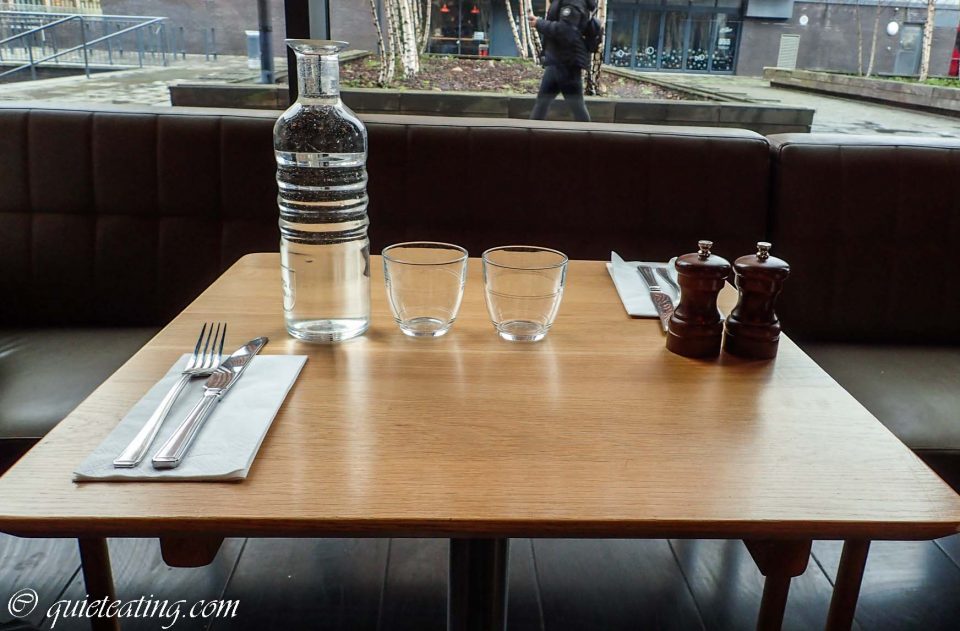 The empty hopeful table.  It didn’t stay empty for long.  Hope was another matter.  It didn’t make its appointment.  Things went from bad to worse. 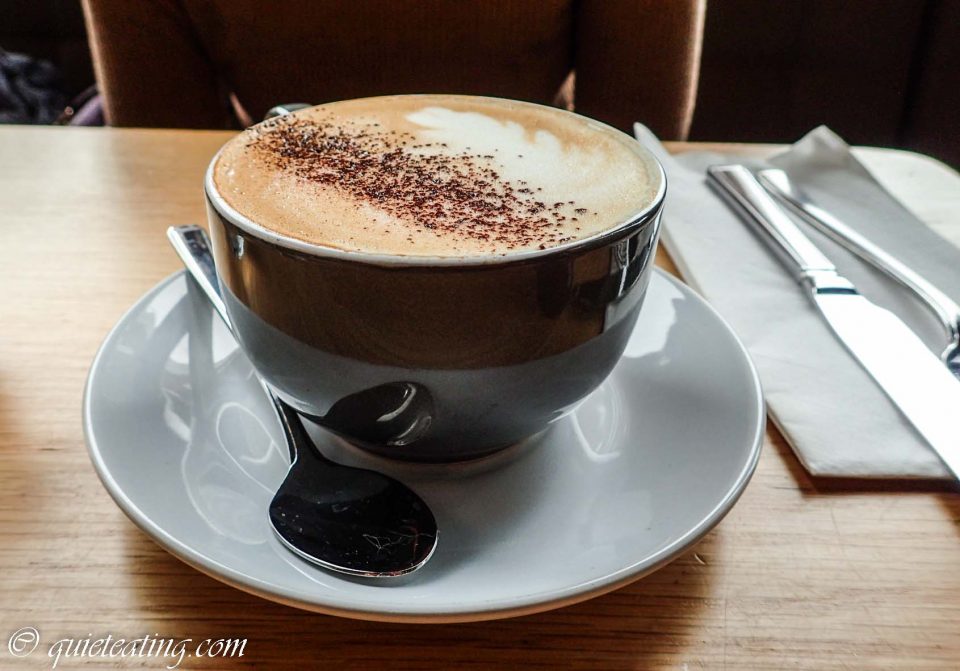 Cappuccino.  Looks pretty.  Flavour rather insipid.  Tasted almost as if someone stirred instant coffee and topped it off with chocolate.  This made me sad, given the excellent coffee just around the corner at Allpress and Brunswick East.  I would say can’t have it all but it seemed like they had none at all. 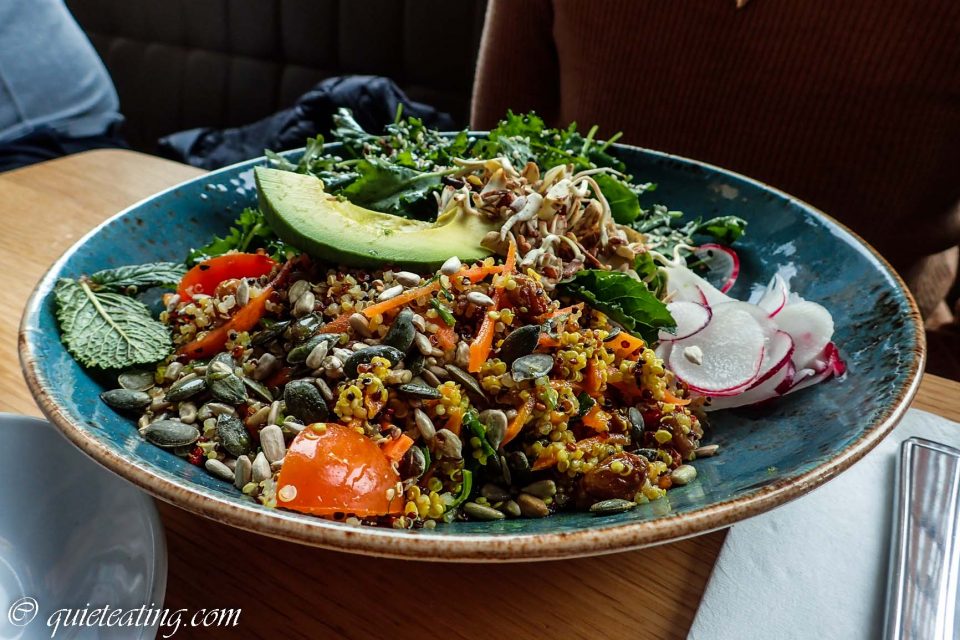 Soul bowl, carrot goji berry quinoa, baby kale, shiitake, avocado, cashew cheese, toasted seeds.  This colourful mash of various vegetables was a dream for the lady’s that lunch.  It was a rather full price for things that you could pick off the sidewalk.  Or perhaps it was just how they presented it, in a jumble of mismatched colours. 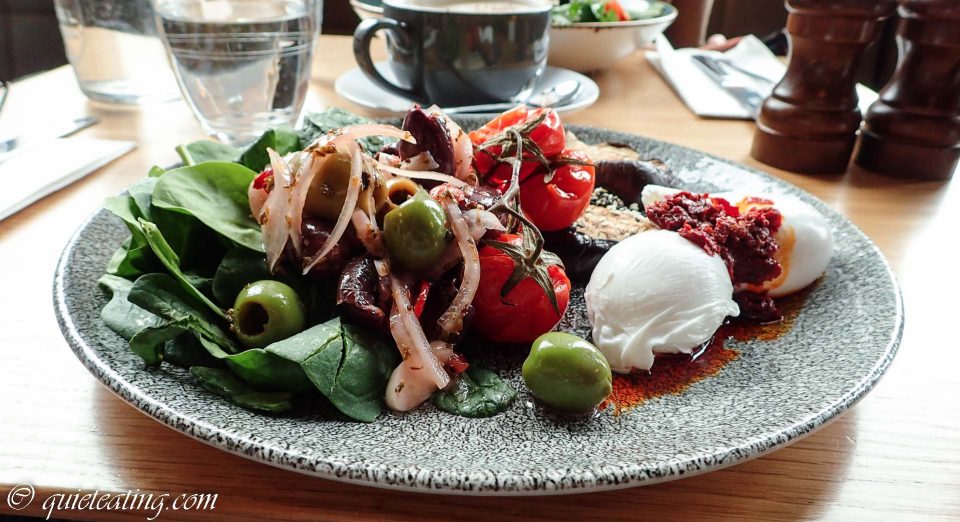 Middle East mezze, chargrilled aubergine, Clarence Court poached eggs, hot tomatoes, hummus and rose harissa, baby spinach, olives, pita bread.  The individual items were rather good.  The portion size was less so.  Trying to pack it out with uncooked spinach on the side, two slices of aubergine, a handful of olives, some sliced onions and five cherry tomatoes seemed a bit miserly.  Even if they did give two rather nice eggs.  There were only two.  Sadly, this food reinforced what I had thought at the start, this was a place that was form over substance.  Although on the plus side, I didn’t find anything in my food so I thought I had made a lucky escape.

However, I shouldn’t count my chickens (or eggs) before they hatch.  As an interesting problem then occurred.  I couldn’t get anyone to take my money.  Now this was a first.

When I marched up to the till and forced my payment device (card) in their face, they decided to finally process my payment.  As all waiters know, at the end of the meal, you should ask your patrons what they thought.  When I replied that I found the food rather ignominious and subpar, but the service appalling, I was met with an interesting reply.  Apparently, the problem was that they were busy.  Well, if they keep this up, that won’t be an issue for long.