Usually when people laugh in my face, it is after I get to know them.  Usually after about an hour.

This time, it was within 30 seconds of stepping in.

It is quite cosy.

Maybe it would be better be described as space constrained.

Or more accurately, rather cramped.

You see, it is perched on the side of a building and is about 2 metres wide at its widest spot.  Makes for interesting seating arrangements.  Perhaps that also explains the rather jovial demeanour of the constantly laughing barista.  With a gleam in his eye he described how things were so narrow that I would have to exit his shop to place an order through the hole in the wall direct to his kitchen.  Then I would be deemed worthy of service.

Not to be deterred, I did as instructed and I’m glad I did. 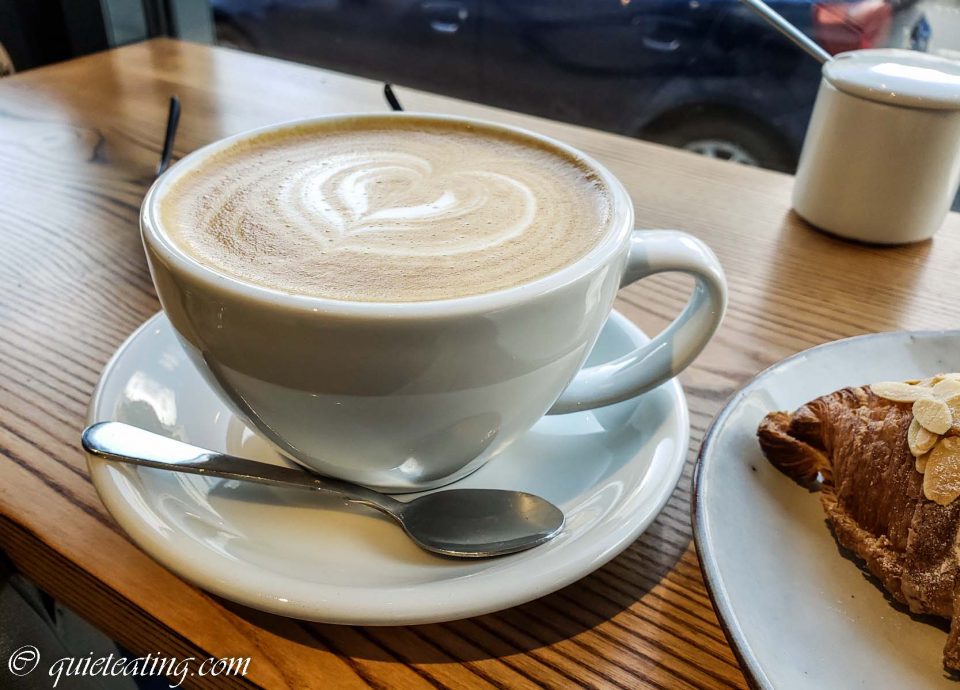 Latte.  This was the coffee I ended up with.  It was, frankly, rather good.  With a delicious coffee depth with carefully frothed milk, it was enjoyed in that way that coffee purists constantly remind me.  Without sugar.  The way that the best coffee should be taken.

Nothing to dilute this black gold.

The way it is meant to be. 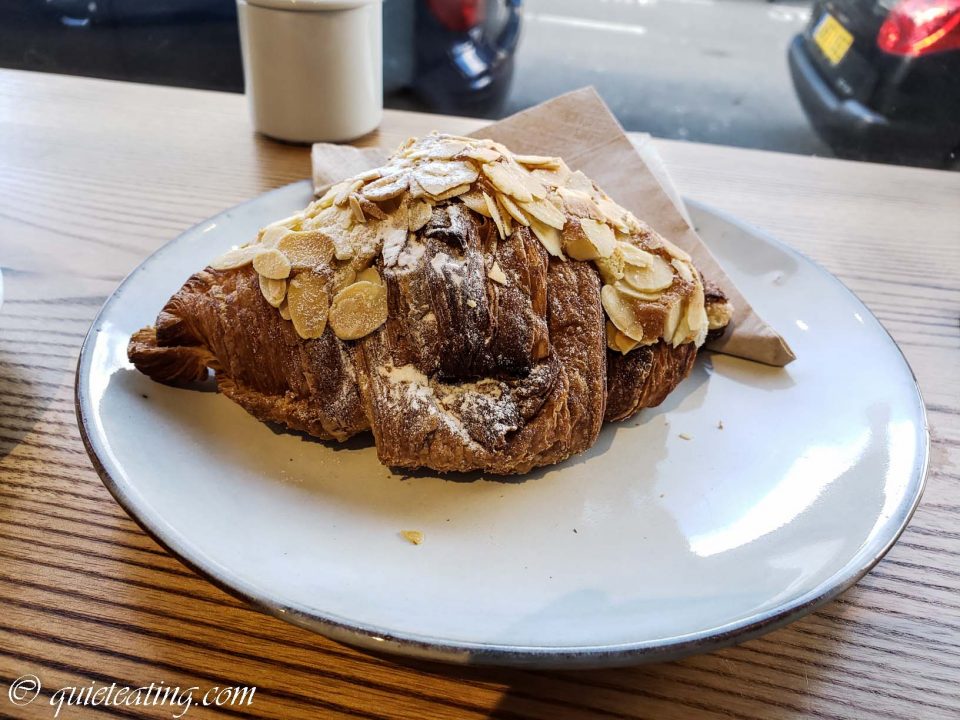 Almond croissant.  To go along with my coffee, while I was waiting outside for my turn at the hole (the window to the kitchen, don’t know what you were thinking of).  I spied several pastries flaunting themselves in a nearby display window.

This was not air masquerading as a croissant.  Instead, it was a croissant being the way that it was meant to be.  Great.

When I first laid eyes on this coffee jaunt, I thought that it was somewhat of a joke.  Why would someone setup shop in such a narrow place?  Yet, after tasting liquid and solid refreshments, I’m glad I did.  I guess the last laugh is on me, as if this place was around the corner from where I lived, I would be as cheerful as the barrista.

A coffee and croissant was GBP 6.