This restaurant has to have one of the most swish websites I’ve seen recently.  When you click in, you are treated to a feast for the senses as colourful foods, happy customers and a fast clip of slick kitchen moves are put on display.  It is done so well that I almost wanted to visit this restaurant just to see if it was all true.  What made things even better is that it seemed to offer something that I had been having a rather bad run with.

That being chicken, of course.

At least that’s how I self-justified my visit. 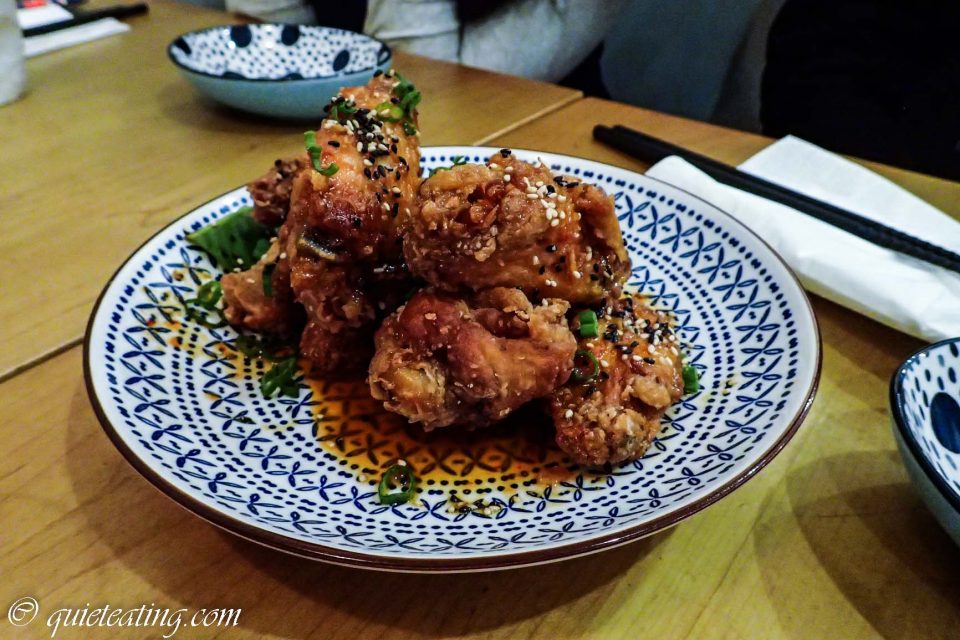 Machiya hot wings, fried British chicken wings with spicy soy butter and furikake.  These were juicy, full of delicious meatiness with touches of salt, nut and spice, these were great.  It also helped that they were rather better value than Wing Wing.  Bad food at a high price kind of sticks in my throat. 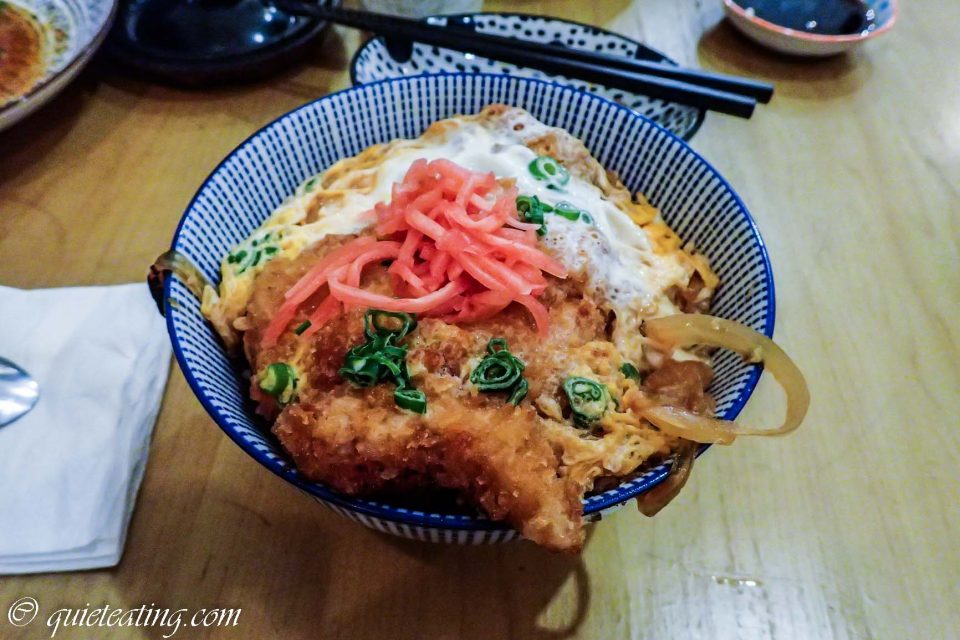 Katsudon, tonktasu, chicken and egg simmered in a sweet and savoury sauce over steamed rice.  This suffered from an entirely avoidable problem, it was soggy.  In great katsudons I have had, the bowl is more like a plate, so the moisture does not become trapped softening the crunch of the katsu.  It would seem obvious to me that if you build a pyramid, steam only has one way out.  That tends to generate too much moisture and the steam tries to escape, as a sad side effect, it destroys the crunch of the delicious panko. 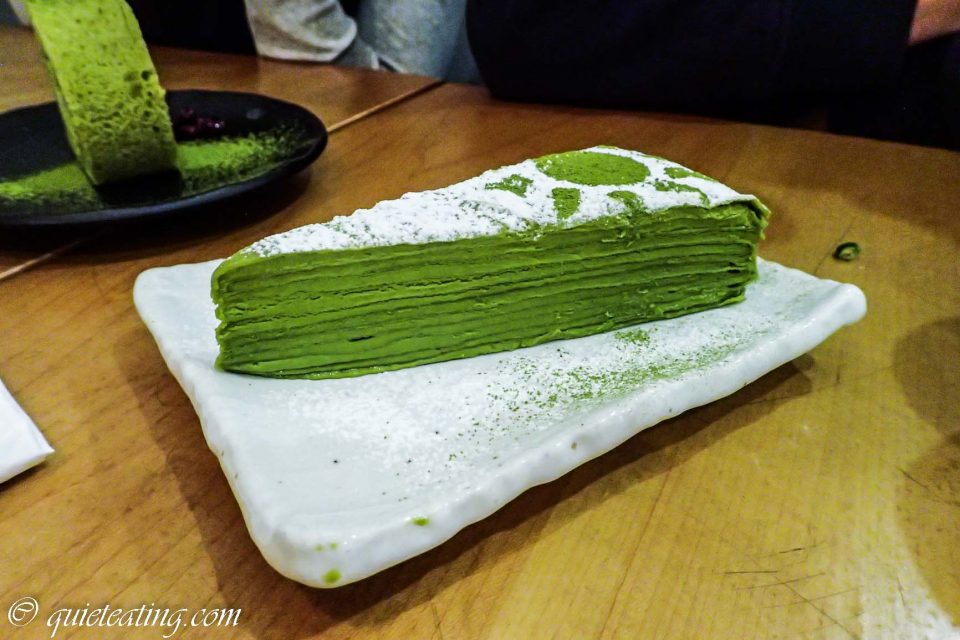 Matcha mille crepe, sweet layered crepes with green tea pastry cream.  Initially sceptical about what this was, I am glad to say I have had my eyes opened.  Each of those lines actually is a separate layer of crepe.  Which gives a rather delightful texture when you bite in to add to the deep matcha taste. 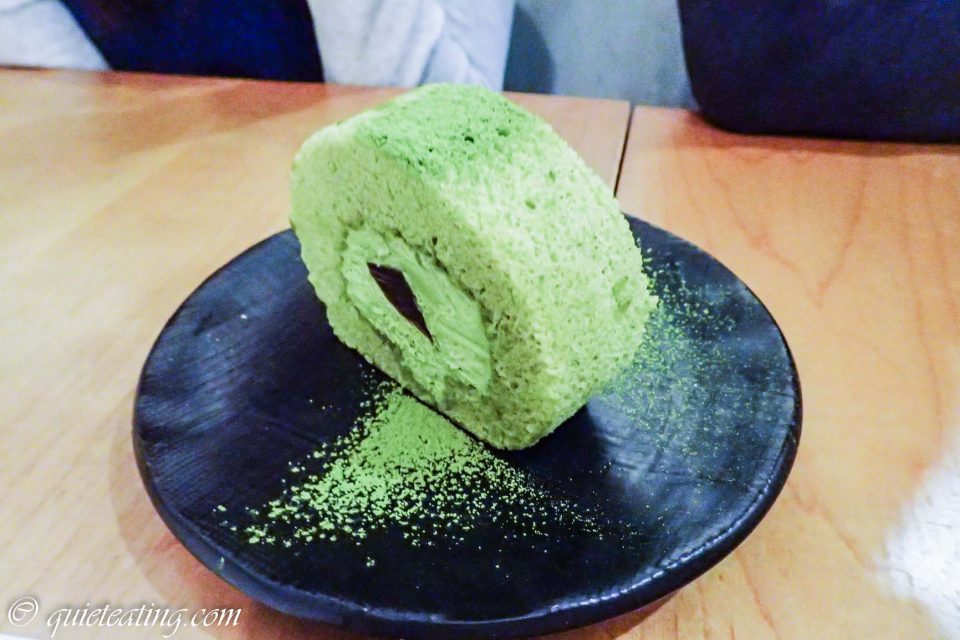 Matcha roll cake, green tea cream, azuki yokan.  Fluffy on the outside, creamy inside.  With delightfully full, creamy macha filling with sweet red beans tucked away inside, this was good.  Spongy airy exterior, moist inside, my only complaint was that this was smaller than I would have liked.

Perhaps I should have guessed from the name, Machiya.  Tea house.  That their smaller dishes would be better than their bigger.  The starters and desserts were good.  The mains less so.  Then again, as many people complain, I didn’t try the whole menu, so who am I to judge?  Well, in response to such criticism, a good restaurant should only serve food which meets their standards.  Danger is, you might get an annoying diner like me coming along.  Such is life.