Insidious forces are at work.

I am referring here to the constant barrage of in your face and sometimes more subtle advertising.  I sadly fell for it here.

I had been watching Million Pound Menu and its first episode featured its winner who netted a healthy £350,000 to setup their own restaurant in Manchester.  Apparently they are doing so well that they have come to London.  I couldn’t resist trying it out. 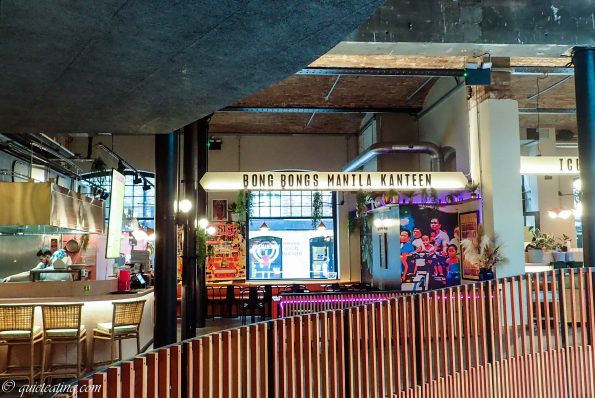 Following a rebranding from BBQ Dreamz, they have newly opened in Covent Garden in a food hall area as Bong Bong Manila Kanteen.

I don’t know why people like to replace ordinary English spelling with slang.  Adding a “K” to things doesn’t really jazz things up.  Although, at least they didn’t use far more annoying terminology like noob lolz. 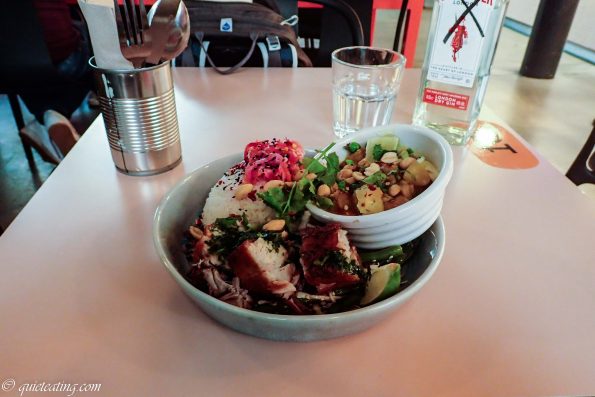 The mega box, a mixed box of crispy pork and chicken satay curry with jasmine rice, sesame green bean salad and all the trimmings.  On the TV show, the various investors were waxing lyrical about the pork being the best that they had ever had.  On their second serving the next day, it seemed that things didn’t turn out that well though as they noted that there was a problem with consistency.

Seems like that particular kink hasn’t been dealt with even after 3 years.  The pork was overly salty and the skin was sadly rather soggy and lacked the crunch I had been craving.  The satay tasted like it was served in a generic curry base.  It lacked anything of any real note.

In the cut-throat restaurant industry, sadly they often only have one chance to wow someone taking a punt.  Not many people would be willing to give them a second chance.  I would not be so harsh as to say that this was a phail but perhaps they need to look at their quality control as perhaps I arrived on an off day.

Lunch (one box) was GBP12.5 excluding drinks and service.