Not to be confused with Biang.  This place was to be at least twice as good (at least based on the repetition of its name).

According to my friend Mr Google, “Biang” is the most complicated character in the Chinese language.  Which in hindsight was fitting given my visit recent visit to a nearby camera shop as a complication can be good when handled competently and otherwise when bumbled into.

Said camera shop advertised itself as one of the best camera and video shops in the UK.  They promised hands on demonstrations, knowledgeable staff and reliable pricing – so the standard marketing drone of the Western world.  When I arrived outside, the presentation of the shop was particularly good.  High ceilings, careful displays of equipment and easy handling areas.  Having passed the Covid marshal at the door, I fiddled with a camera.  After several fruitless minutes spent trying to get it to work (something technology defeats me), I gave up and asked for help.

I was pleased that the salesman also had the same problems as me.  Seems like I was not as technically incompetent as I feared.  Something more basic was at fault.

The battery was dead.

No matter, being a top end camera shop priding themselves on technical expertise they promised to fix the issue quickly.  The next issue was that it was a bit difficult to get the battery out without specialised equipment (a screwdriver).  After about 10 minutes, that almost insurmountable problem was fixed.

However, the next issue then arose.  Finding a replacement battery.  Looking high and low it seemed that all the replacement batteries in the shop were flat.  So things were not working out that well for me and I would have to look elsewhere.

I then wandered off to try something else.  Trying my luck with another member of staff, who’s attire announced that they were a specialist in this brand, I asked what the difference was between this camera and another model.  Perhaps this was a bit mean of me but I was well aware of the differences but wanted to see what they would say.

They then opened a leaflet and showed me the differences from the sales chart.  Trying to get some more personal advice, I asked what they would go for?  Evasive and non-commital language soon followed, they should have gone into politics.  So I guess that technical ineptitude expands beyond my initial contact.  In any case, it was time to go for lunch (and a hopefully more enjoyable experience) just around the corner. 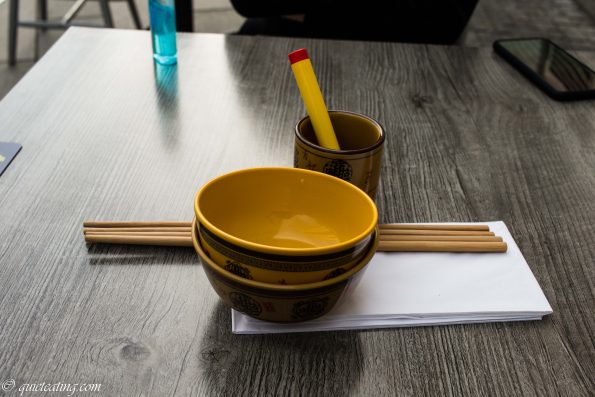 A welcoming sight.  I say welcoming as it reminded me of Hong Kong diners.  Where you would be presented with plastic (indestructible) crockery in gaudy colours.  Where food quality would (hopefully) be more important that then the ambiance (HK people are fussy eaters). 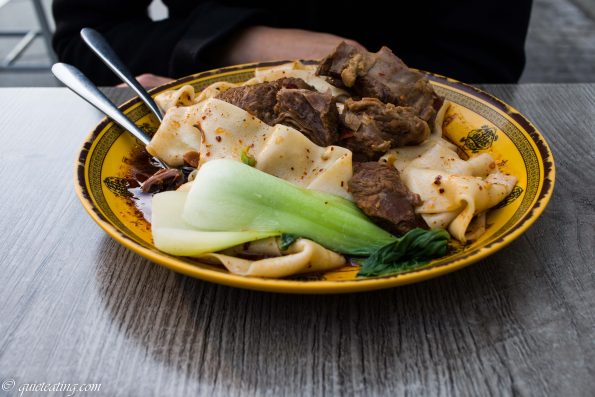 Hand pulled belt noodles with cumin lamb.  The lamb was particularly tasty and had just enough constituency to not fall apart immediately.  However, on gentle application of your eating utensils it fell apart to give something great.  Excellent depths of flavour.

The noodles were also a delight.  With bouncy yet stringy texture after eating these I had extra spring in my step. 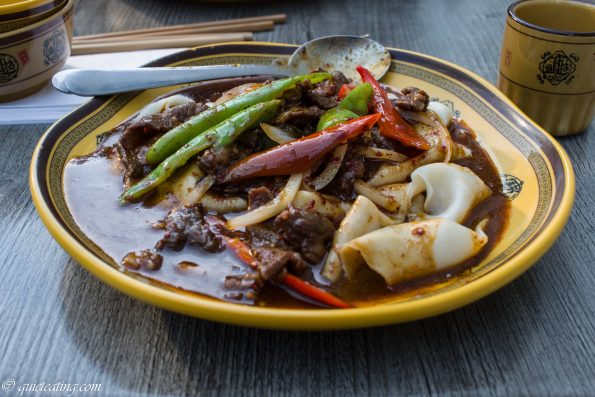 Hand pulled biang biang noodles with beef in special sauce. This was kind of hot.  Not in a scorching I’m going to die way.  Neither in slight tickling of the throat standard.  Instead, it was it brought a small tear to my eye (due to heat, not sentimentalism).  The noodles were as great as the aforementioned dish.  The succulent, tender and spicy beef was brought me back to happy days of my childhood bliss.  Oh, how things were simpler in those days, just looking out for the next meal (I was greedy then too). 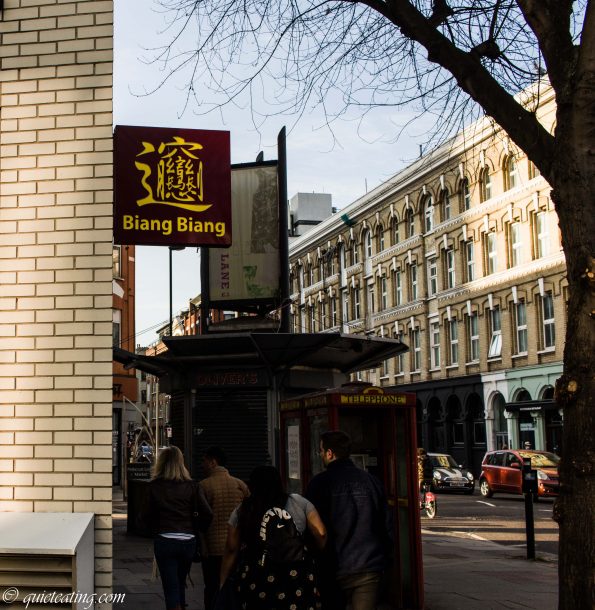 As I slowly departed with many a backwards glance, I smiled at the horrendously complicated Chinese character at the front.  This is the character for Biang.  Indeed, it isn’t copy writed or trademarked as another establishment in London shares almost the same name.  It calls itself Biang. Do not confuse them.  This is Biang Biang.  With extra bang.

I especially needed something simple which delivered what it promised without evasion given my recent shopping experience.  Thankfully, this delivered.

Dinner (1 dish) was GBP 11 per person excluding drinks and service.