Biang biang noodles.  Not to be confused with bang bang.  If things did not turn out that well, that might be the sound from the toilet after our visit.

Leaving such grotesque thoughts to one side, this is a new Xi’an food stand in Canary Wharf.  Offering thick noodles with a varity of toppings, it is good to see something from China other than the ubiquitious Chinese take away.  Fried lice anyone?

I had high hopes.  I shouldn’t have bothered. 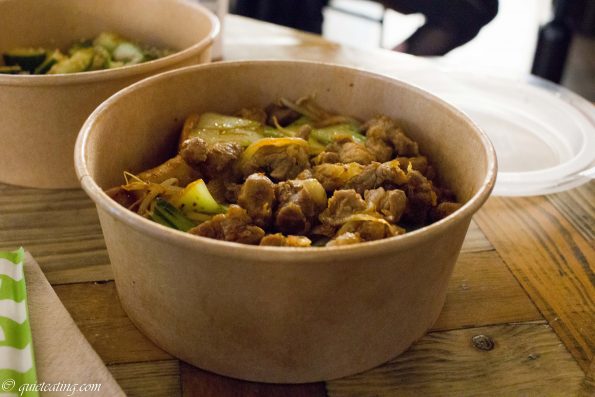 Noodles with cumin lamb.  The noodles were thick and smooth.  The lamb tasted like it had come out of an extruder.  With an open kitchen, it was interesting to see how the food was created.  Things looked good from a hygiene and standardization perspective.  Less so as to the taste. 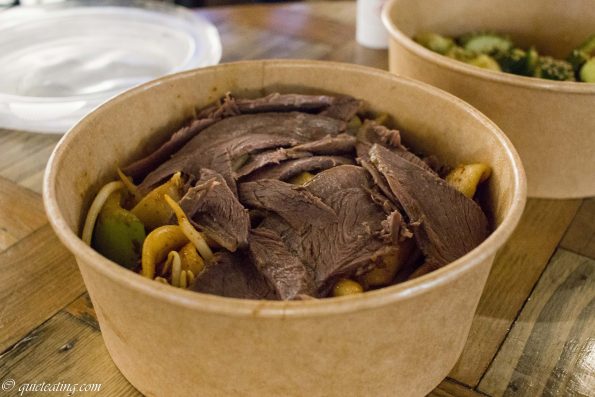 Noodles with beef.  The beef suffered from a problem of lack of taste.  Of anything really.  The texture of the beef was there but the taste of bovine was sadly missing.  The noodles were good though. 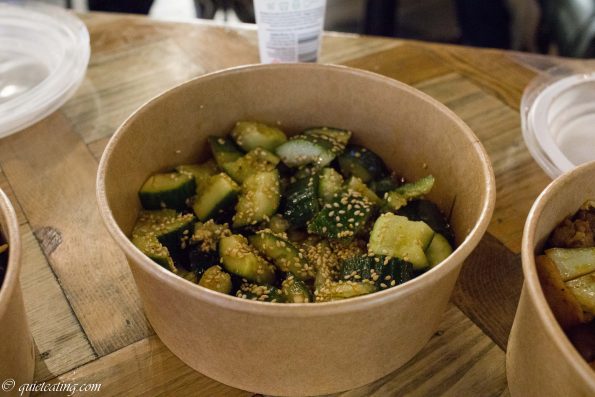 Smashed cucumber.  Although smashed avocado seems to be all the rage these days, adding the word “smashed” in that case seemed accurate.  However, for these, I couldn’t see the force that had gone into the vegetables. It just seemed like chopped cucumber with sesame oil doused with soya sauce.  Could have done that at home.

Perhaps I am being unkind and my views of the food may be shaped somewhat by my view of how it was made.  With an easy view into the open kitchen from the order counter, the rather haphazard and fanatic production of the food being produced by numerous references to what I can assume is an idiot-proof step guide did lead to much amusement.  The fastidiously packaged portions of everything that came out of plastic wrap lead to my jaw opening.  The frantic speed of assembly reminded me of those flat-pack instruction manuals.

There is a great advantage to such careful planning, standards can be met.  The problem is when such a standard isn’t something that you would necessarily want to eat.

Dinner (1 noodle and a side) was GBP15 excluding drinks and service.