I have heard of supper clubs before.  Breakfast clubs not so much.  As I decided to try this new type of club, I can only hope that it would deliver more consistent quality than dinner clubs I have known.  Sometimes, in the nocturnal version, the food is a bit hit and miss.  Sometimes such supper clubs are great ideas and a great way for newcomers to showcase their talent to the market yet when they go on for ever and ever, they get a bit too boring and repetitive.  It seems a bit like milking the cow a bit too much.  Then again, what do I know.  I don’t host these or cook food for large groups of people.  Instead, I just like to critique things, much easier (and more enjoyable) that way.  Such is the life of a usually unsolicited reviewer providing critical commentary. 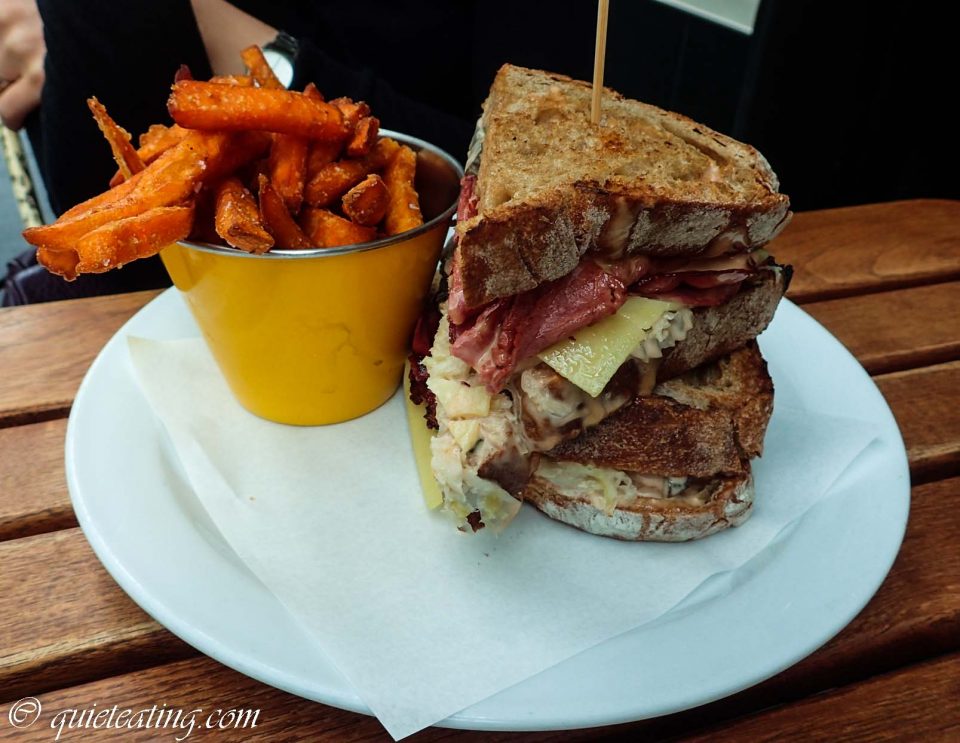 BEC Bacon, fried egg and mature cheddar in a brioche bun and sweet potato fries.  Thankfully, this “club” was to be of the successful and delicious kind.  The sourdough was crispy and full.  The bacon and egg lovely in this guise.  The cheese giving a welcome added body.  A 5 star bacon feature and an excellent way to start a weekend.  The sweet potato fries were a nice change from normal potato fries.  With a sweet flavour, and more body, a interesting change from its more bland cousin. 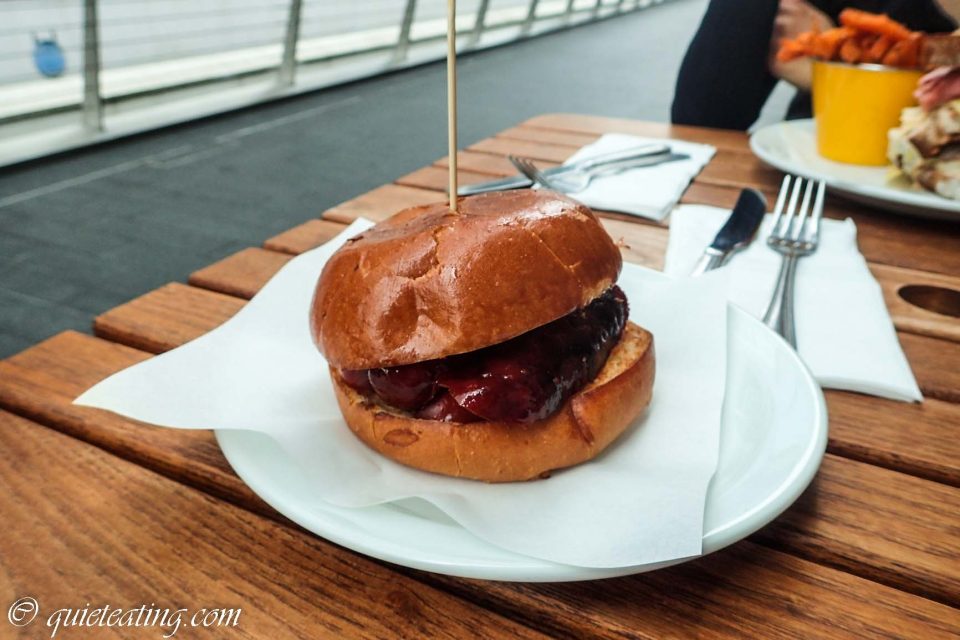 Chorizo butty.  An upgrade from a Sausage McMuffin.  The chorizo was not bad, the bun less so.  Sadly, it seemed that the bread was to let this dish down.  As compared to the succulent sour dough, this was strangely with too hard a crust touching the chorizo with fairly crumbly and sadly unfulfilling other elements.  Although often it is the filling which lets things down, in this case it was the casing. 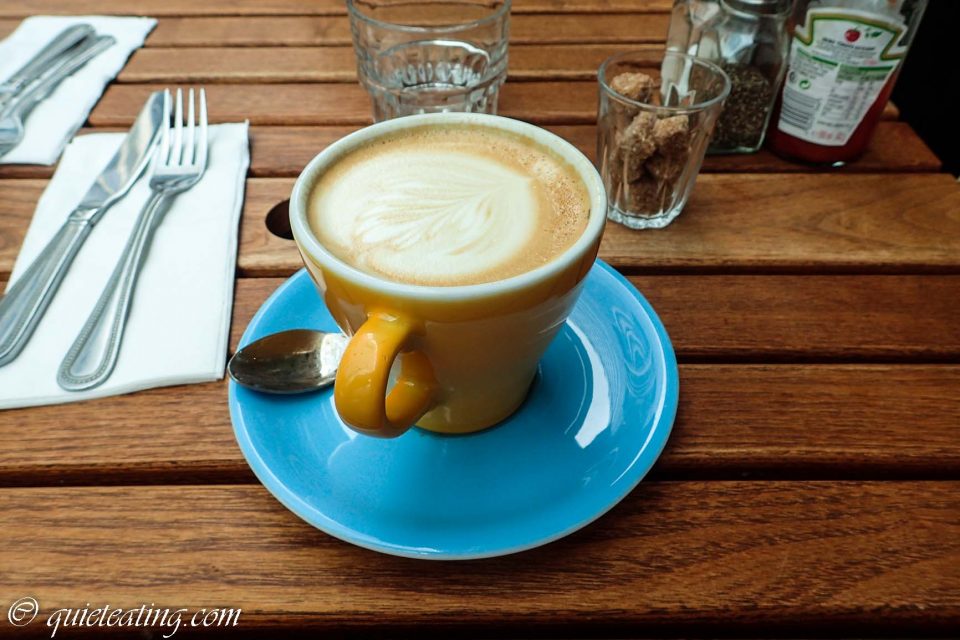 Latte.  Rather thin and not that flavourful.  It tasted like it had a bit too much water and not enough milk.  Then again, together with the chorizo butty this comes as part of a GBP5 set, so you could say that any beverage at this level is a good deal.

The start was excellent, the end leaving something to be desired.  Something which seems in common with many things in life nowadays.  I guess The Breakfast Club does really carry the characteristics of a “club”.  In that some dishes were great and down pat but some needed a bit more polish before being presented to the mass market world.    Although on the flip side, trying to look on the positive side of things, if everything was oh so great it would make it much harder for me to write interesting reviews.  So it was an above average meal, with hints that it could be so much more.  Such is the danger of a breakfast club held in the bright and sunny morning rather than a supper club inhabiting the shadows.  Difference being, you can be more discerning in the morning whereas the shadows of night can hide so much.  In the light of day, the breakfast club comes out ok.

Breakfast (one dish and coffee) was GBP5 excluding drinks and service.