Just the other day, I was surprised at the question being asked by a rather serious (and generally lacking in joviality) man that I know.  He asked what was the worst experience that had happened to me in recent memory.  I can only guess that he wanted someone to laugh at.  As he well knew, personally I have had so much to choose from that the problem was not trying to remember one but instead trying to pick from the multitude.  It could have been that incident when I was accused of putting a fly in my soup, perhaps when I found inedible string not once but twice in the replacement dish or the time the waiter tried to boil me alive in my seat.  Yet, here I have to be thankful that memory fades and what was once unbearable pain will fade into less pointed recollections.

What is even more fascinating is how selective our memories can be.  We can forget things we do not wish to remember in an effort to resolve cognitive dissonance, we can confabulate the most outlandish things to make it all make sense, we can stubbornly hold our ground even when the facts all tally up against us.  Or perhaps, I am just thinking of myself. 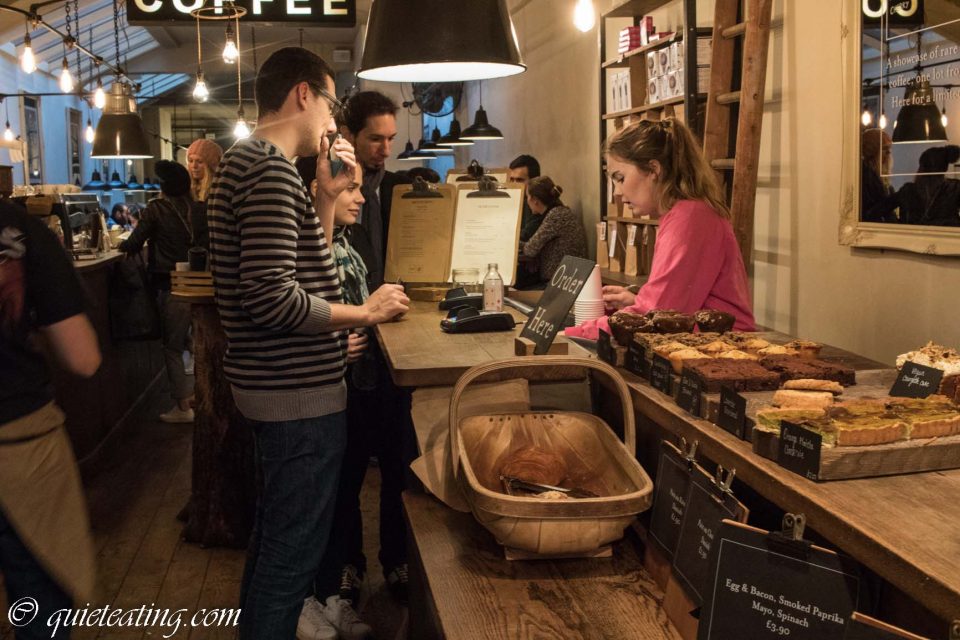 This preamble is my own attempt at self-justification for a bad experience.  I should have remembered my lesson about stripped back hipster coffee places, they promise much, deliver rather less.  Yet the lure of a relaxing place to take a break drew me in against my better judgement,  So needing a break from the mad dash of pre-Christmas shopping (amazing how many people can fit on to an escalator), we adjourned to a cafe for a quick coffee recharge.  Not only did you have the artfully worn wood serving boards, the collection of hand written (or perhaps just selection of appropriate font) signs and the trendy clientele.  But a rather large gaggle of clientele.  Now if they would only let me past… 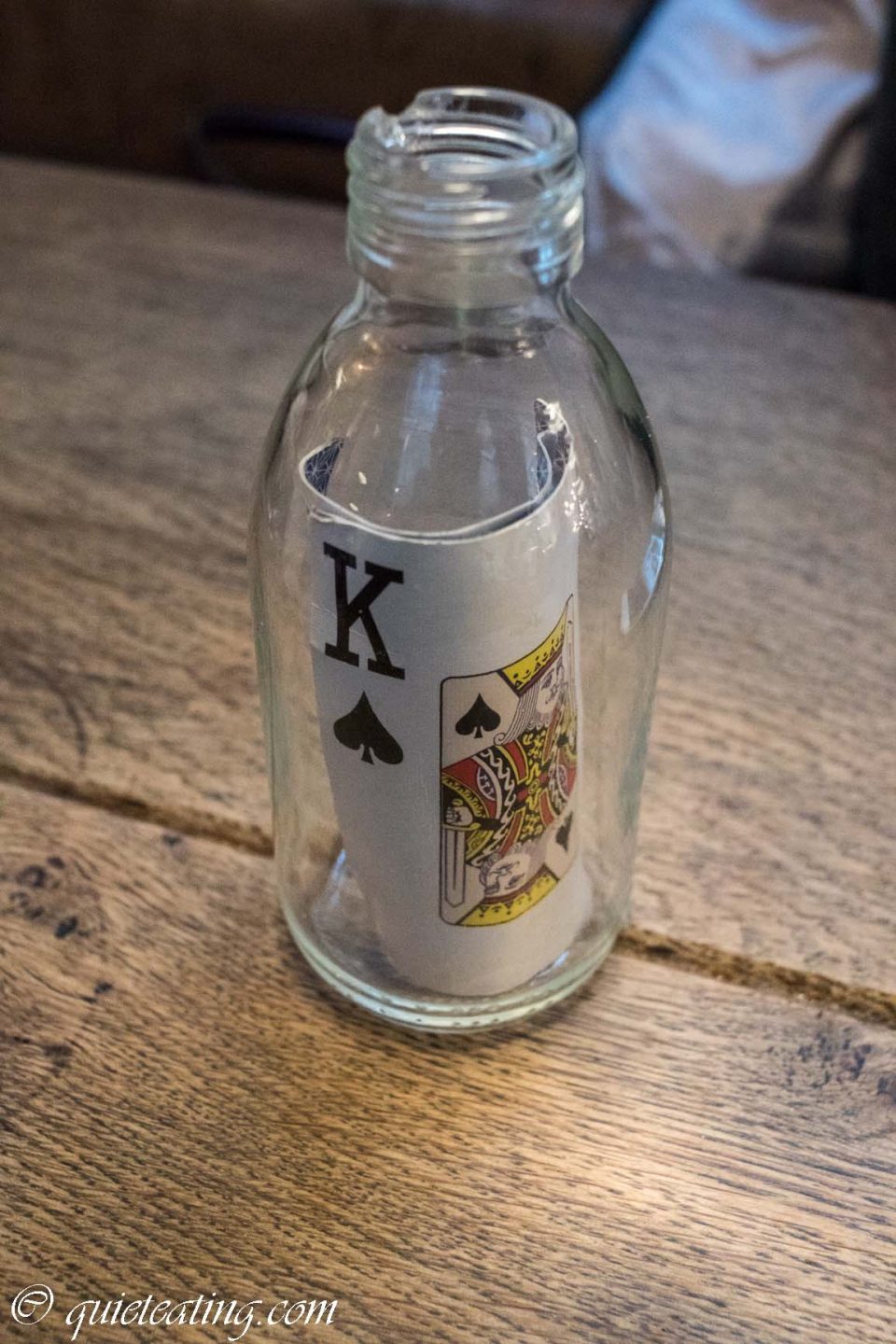 A chipped glass with a bent and forlorn looking king inside.  Having placed my order (another ordeal in itself) I wasn’t given a marker, a coffee signaller holder.  Perhaps this should have been the first hint that things would not go as expected.  Broken, curved and a bit dirty.  A bit of a lacklustre place holding sign. 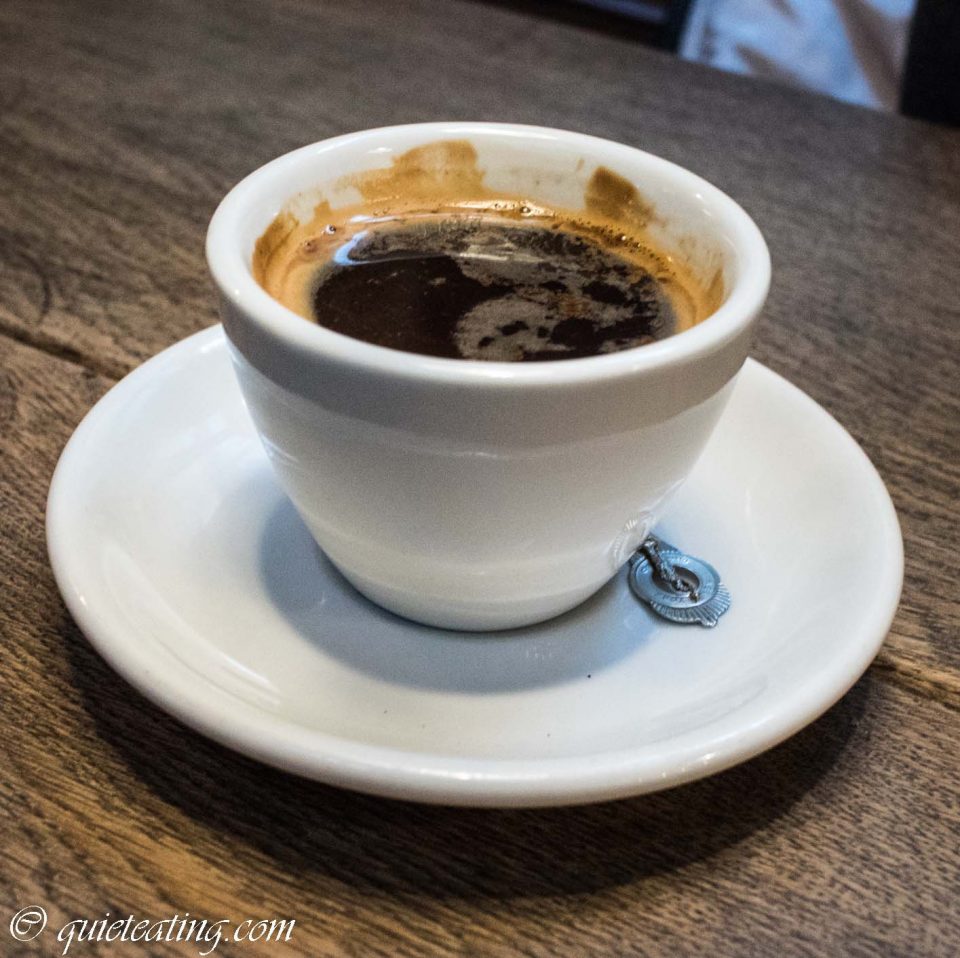 Black americano.  Now, I do not aspire to be a coffee connoisseur.  It would make my life rather difficult as I hate being dragged away from hot chocolate.  However, my fellow drinker, complained that this was terribly acidic.  So much so that she was forced to commit a sacrilegious act in her eyes, adding milk.  Even stepping out bravely to commit this profane act, she admitted that it didn’t really improve matters. 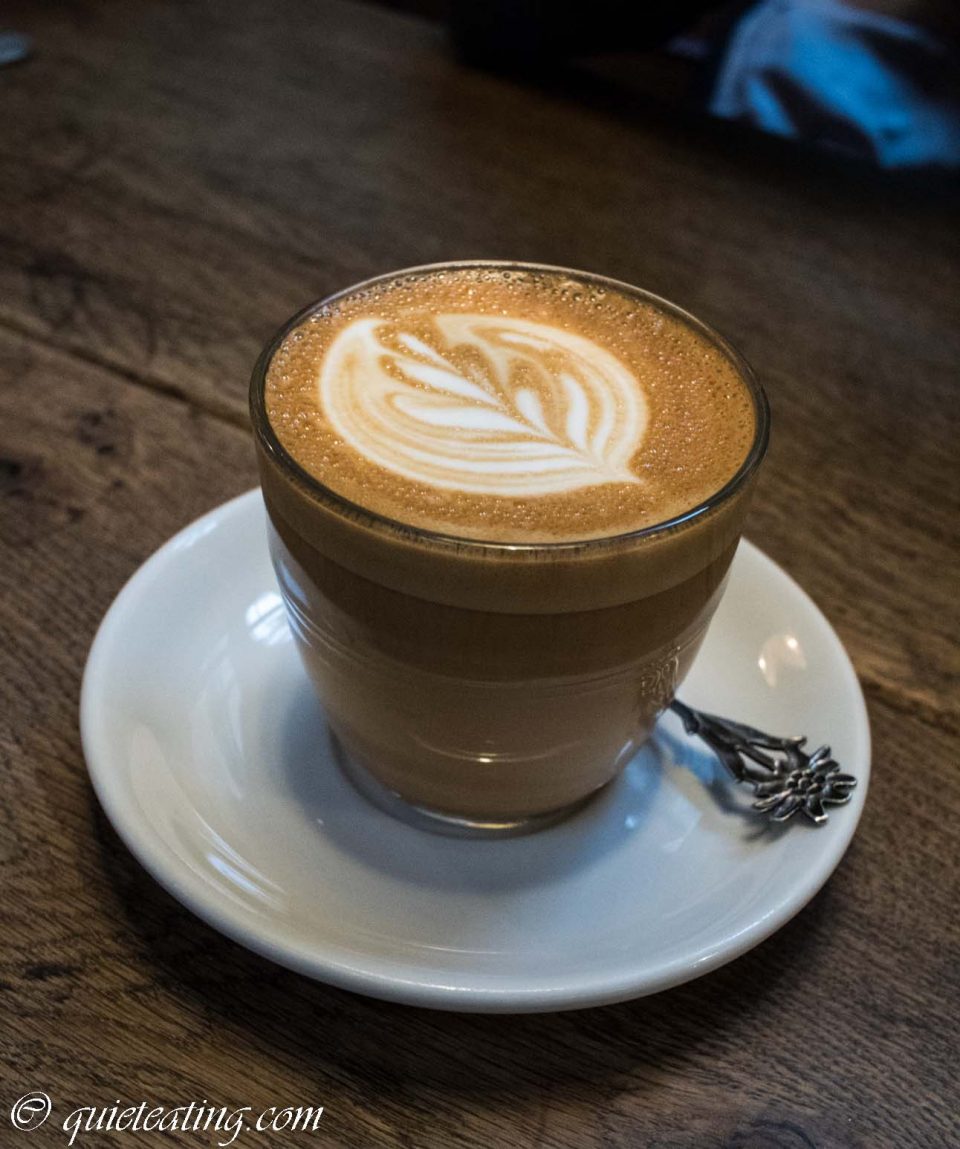 Latte.  As for myself, I had to agree.  As a fairly new introductee to the coffee culture, I try to blunt the sharp taste with milk and sugar.  Lots of sugar.  Which I hear are big no-nos if you want to be seen as cultured.  However, even with the flavour blunted by such elements, the coffee tasted bitter and sharp.  Perhaps a tell tale sign that it was burnt.  A bad sign even to a novice like me.

Trying to distract myself from what was in front of me, I took in the other customers.  Next door to me was a man with a rather adventurous hairstyle, opposite a young Asian lady.  They looked like trendy students.  On the other side was a man with a large baseball cap, sunglasses and pink windbreaker.  Opposite a tattooed female friend. All had trendy iBooks in play.  Hip life is obviously not that low maintenance anymore.  The ambience was nice, the coffee less so but the style very chic so maybe that’s why they can bear this coffee.  Although for me, this is an experience best forgotten.  Someone slap me the next time I feel adventurous.  Now that is a way to bring bad memories back into focus.

A coffee was GBP2.90 per person excluding service.