At least that was my first reaction when I heard the name.  Did it mean that there would be some type of performance? Was it the reason that there was a giganormous queue at the front?  Was there to be some singing and dancing? Actually, the reason for the throngs of people is rather more mundane.  People think that it’s a good place to eat.  Annoyingly fussy person that I am, my dining companion was having trouble containing her glee at my testing.  I felt a bit like the princess and the pea at this point and perhaps, unfairly to the restaurant, was looking out for things to criticize. 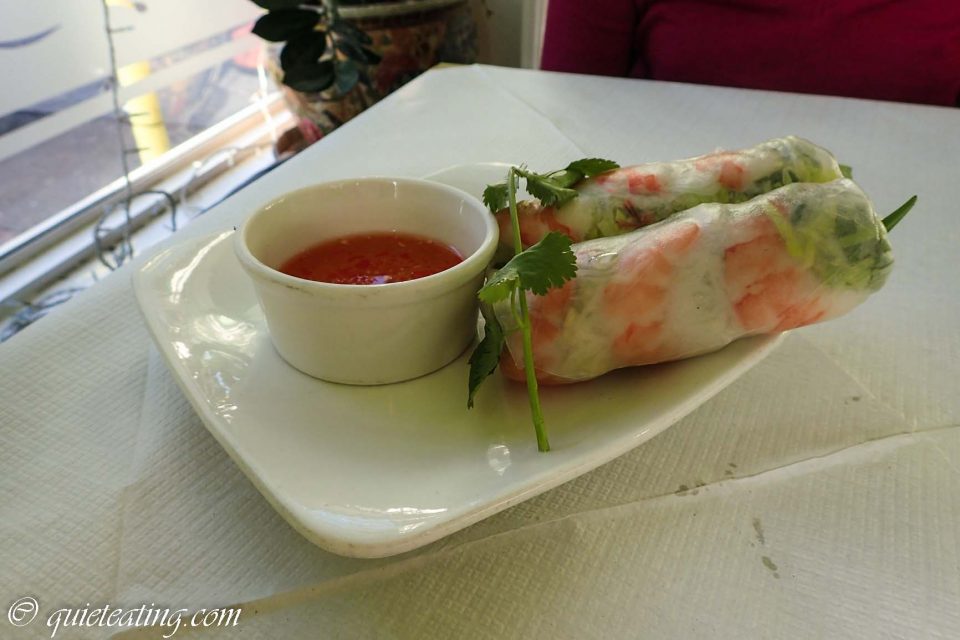 Goi cuon, fresh roll with prawn and herbs wrapped in rice paper.  My dining companion enjoyed these.  I was less enthused.  To me, these seemed like insipid rice sheets, wrapping tasteless rice noodles, bland vegetables and flat prawns. I guess the sauce, no doubt poured out of a can, made up somewhat for this.  It was sweet and vinegary at the same time. Pity it had to accompany such uninspiring rolls.  Although, in all fairness, maybe it was supposed to taste this way.  Not a fan. 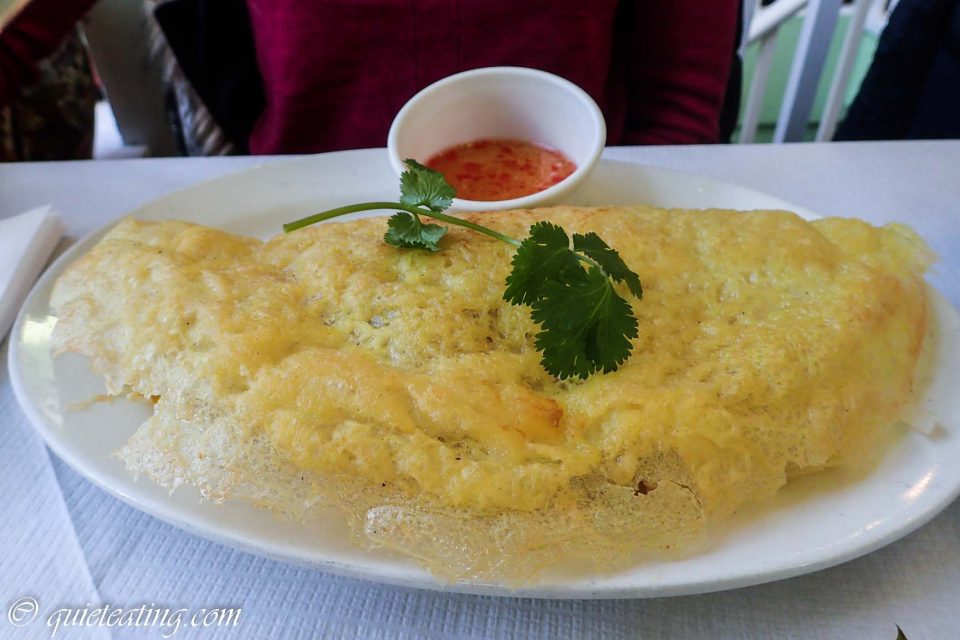 Banh xeio, traditional crispy pancake, prawn and chicken with salad and herbs.  With a crispy egg and flour layer, this was much more flavourful.  Although, most things would be, in contrast to the previous dish.  The prawns and chicken were rather lacking in quantity though or maybe I was just being a bit too harsh in my annoyed state. 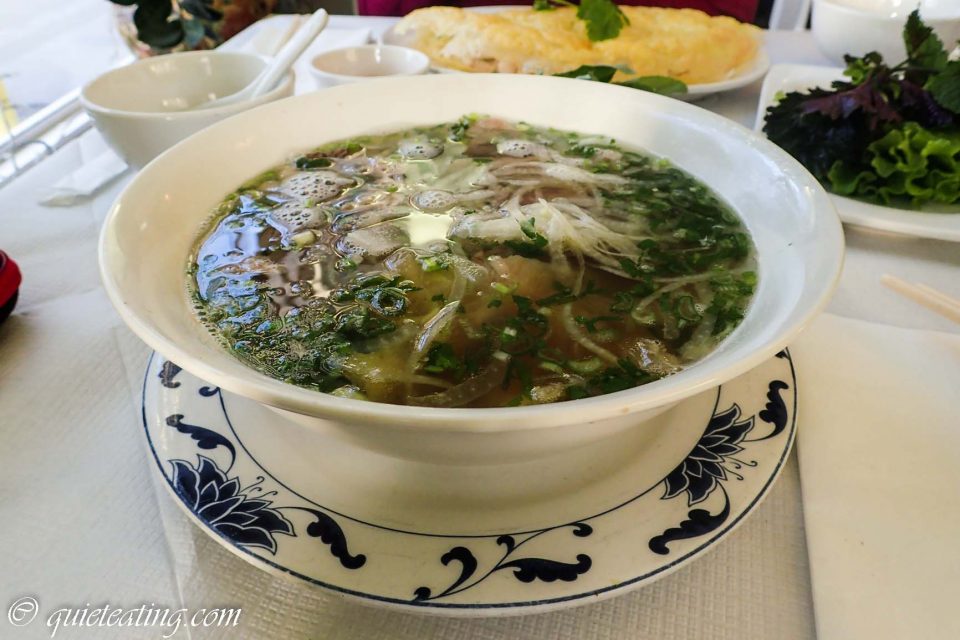 Nam gan, well done flank and tendon.  What the restaurant is famous for.  Deep beef broth, tender tendon, flavourful flank topped off with verdant vegetables.  This was when the restaurant saved me from an otherwise rather sad ending.  I felt that my journey here was somewhat justified just by this dish.  This was maybe worth all the singing and dancing.  Ignore all the rest and just have this.  It’s what they are famous for and justly so.

Having been through a great deal of “exciting” events during my foodie life and so surprised that I did not have hot soup spilled on me (a high risk at this establishment given their signature dishes and the hustle and bustle), we decided to stick around even when tempted to leave by the rather confused nature of the queuing system for seats, no rhyme or reason to that.  In a casual location, with diners sharing long trellis tables, clamorous volume, happy customers rubbing shoulders with each other, we patiently waited for our food.  Although the dishes appeared in a rather haphazard manner and we were tempted to leave, we persevered.  Fortunately too, as otherwise we would have missed what puts this place on the map.  Now, time for another beef soup.

Lunch (starter and main) was GBP15 excluding drinks and service.