It’s been a while since I have reverted to my caveman tendencies, i.e. eat a huge slab of barbecued meat. 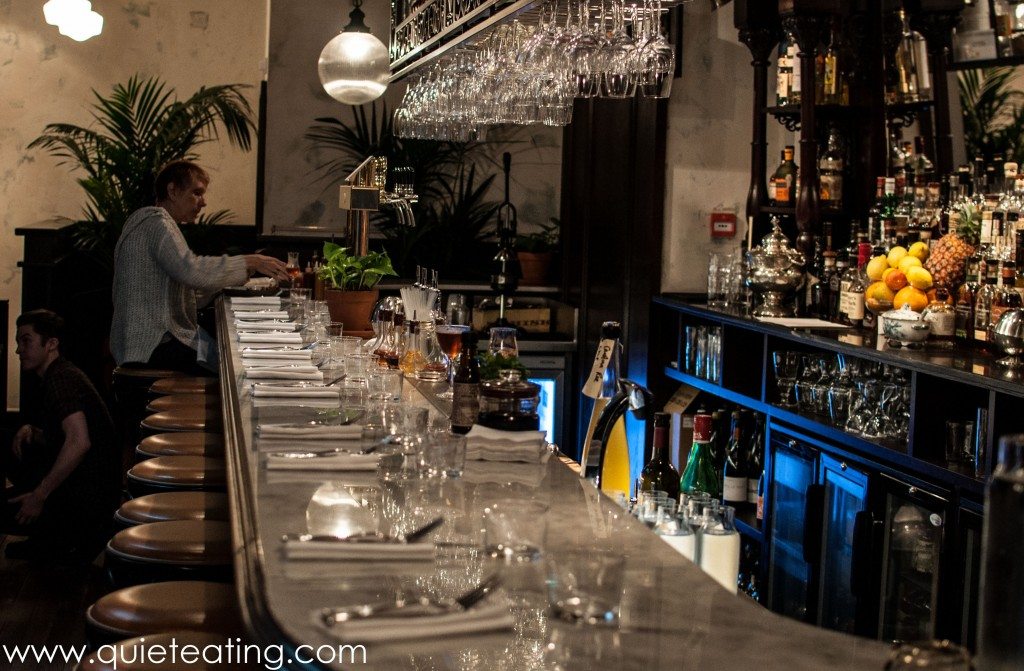 That is what Shotgun is for.  A very refined bar to sit on which belies the nature of their cuisine. 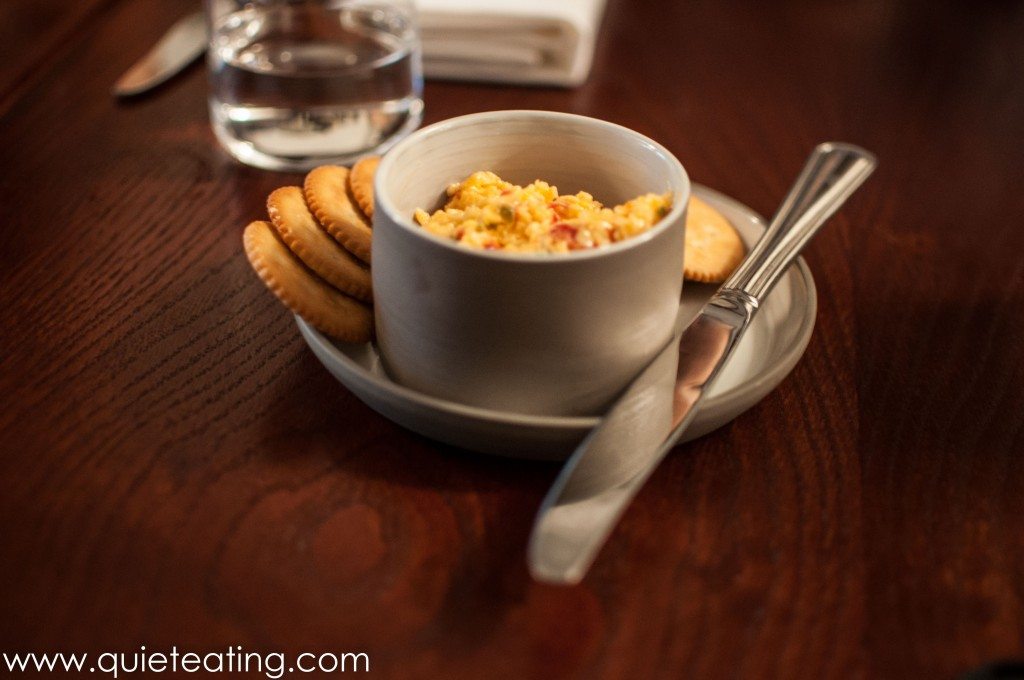 Pimento cheese.  My friend had highly recommended these.  I thought that these tasted suspiciously like Ritz crackers. Which said friend also agreed with. Nonetheless, it was ok although it seemed a little too salty. 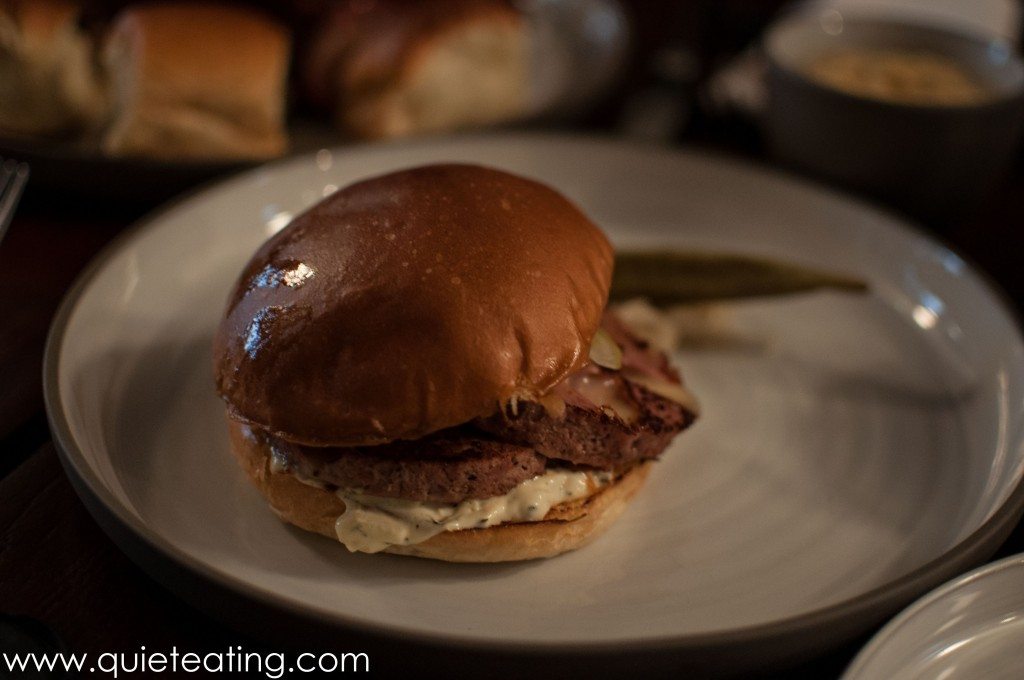 Fried bologna, Westcombe cheddar, pickled mayo, potato bun.  I had no idea what bologna was at first.  Having tried this burger, I can say that it tasted like Spam.  I think the bologna can stay in its tin if it tastes like this.  It was like an inferior version of Spam.  Sad face. 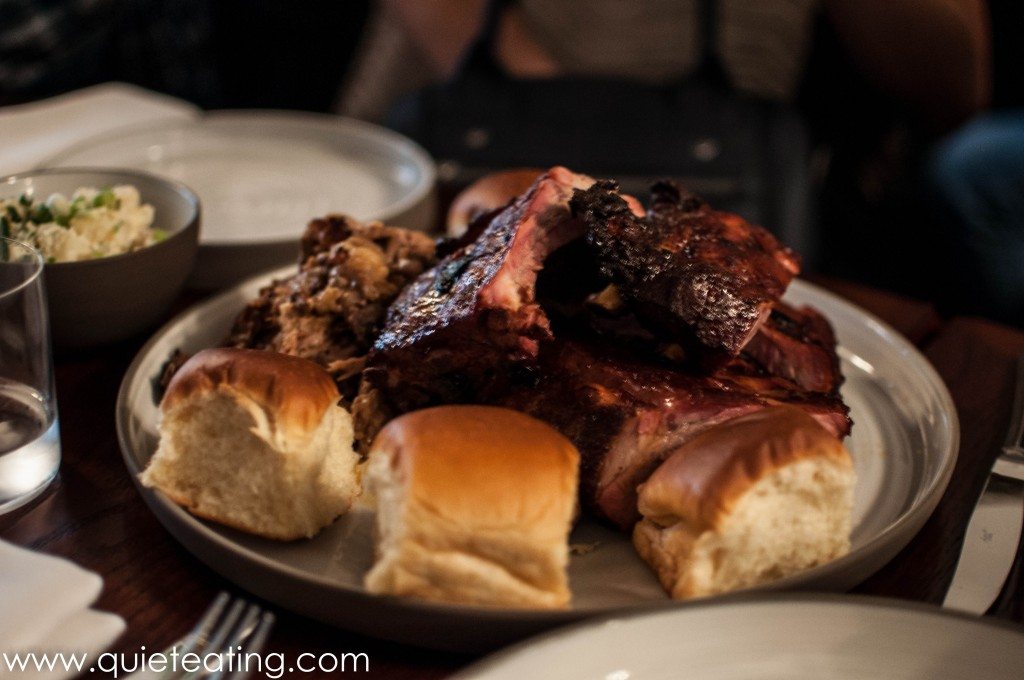 Starting on the left, beef brisket, burnt ends, baby back pork ribs and buns.  The beef brisket was by far the best of this platter.  Moist, full of flavour and with a soft texture, this was something to come back for.  The burnt ends and ribs on the other hand were a bit too dry and a bit too tasteless for my liking.  As for the buns, I can get them from KFC… 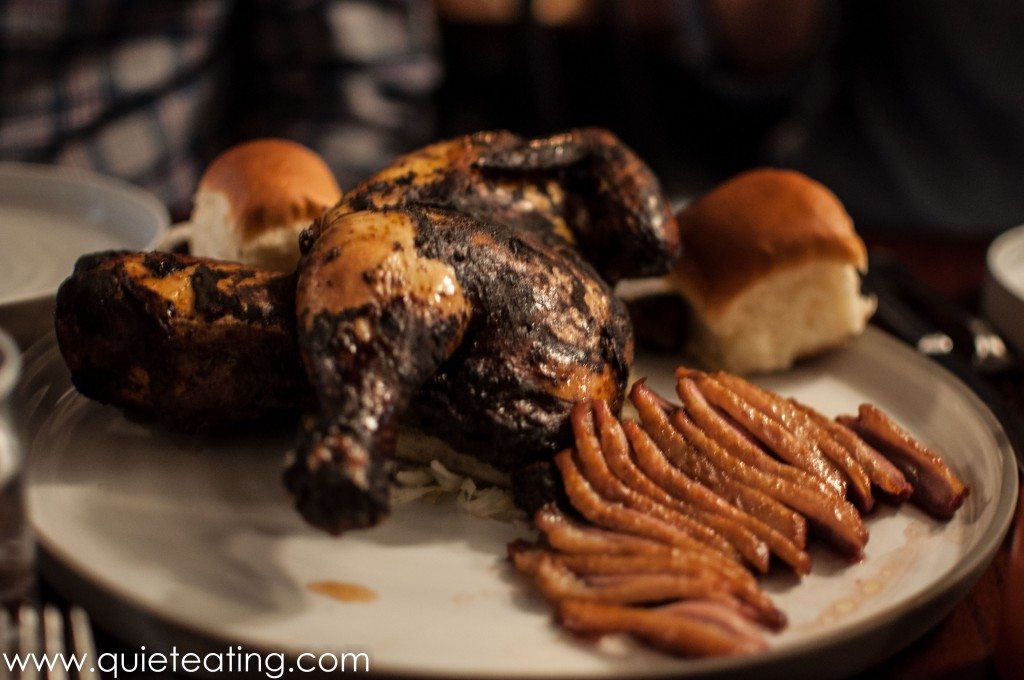 Chicken and duck.  The poultry actually impressed more than the bovine offerings we had so far.  The duck was tasty and in contrast to the beef ribs, very succulent.  The chicken had just the right amount of char to add taste and made me happy.  Shotgun seems to do their birdies better than other animals. Maybe this has to do with the relative easy of capturing said prey. I would think a little bird would be easier to cart home then a whole cow.

I came to Shotgun expecting great things.  Mistakenly led on by other bloggers, I thought that this would be what barbecue is supposed to be. Although there were high points, in the end, Shotgun seems a sadly overhyped American diner.  It seems to be the start of another fad. While I applaud new styles of eating for what they can bring, e.g. Patty and Bun, Burger and Lobster; when they are bad, they may bring the equivalent of Chicken Cottage.  While affordable and in the centre of the city, the quality of the marinades and sauces did not add a sparkle to the food.  There is only so much ketchup can do.  Which reminds me, I now have a hankering for those little buns.  Maybe I’ll pop over to KFC.