So, we were out and about looking for a quick pit stop for dinner in South Kensington. It was a toss up between Pierino and the local Carluccio’s. In an attempt to support independent traders, we voted to try the restaurant less taken.  We thought that in keeping with the usual advertising message, smaller independent shops cook better food.  As the staff take pride in their own cooking and forage their own ingredients.  Although we would hope that in this case, the rummaging for ingredients would happen far away from this locale.  Although mushrooms can be found anywhere, edible ones are a bit harder to find.  Generally, I personally try to avoid brightly coloured and perhaps poisonous species which grow in the garbage can.

So we dove in with high hopes but cautious bellies, charcoal pills at the ready. 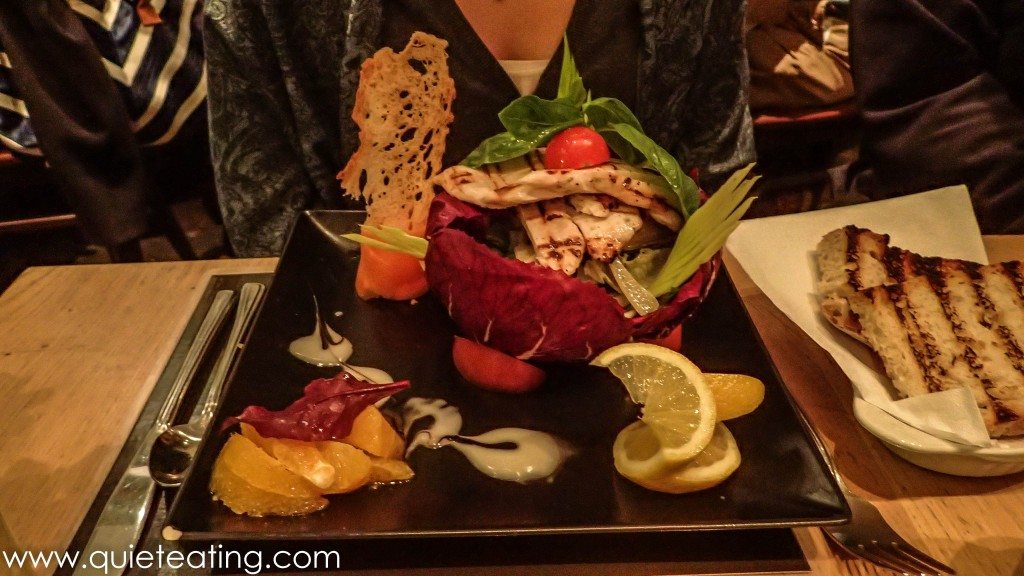 Grilled chicken salad. This was a pile of chicken (sadly more charred than grilled) piled atop an interesting collection of vegetables. Unfortunately there was an excessive amount of raddichio (used to wrap the whole assembly) which left a bitter aftertaste.  Actually, that is not strictly that accurate.  It wasn’t an aftertaste.  It permeated the entire experience of eating this artfully laid out salad. 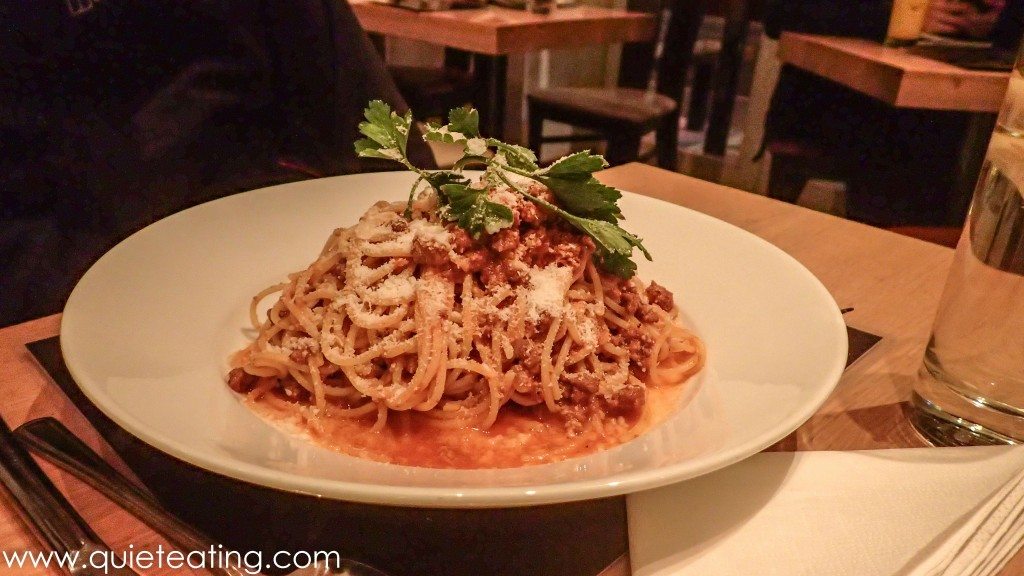 Spaghetti bolognese. This looked like an impressive pile of minced meat and pasta. Topped off with the cheese, it looked like the quintessential Italian staple and promised redemption.  However, it tasted of…  nothing…  A bit bland but then again, maybe I shouldn’t complain as at least it wasn’t bitter. 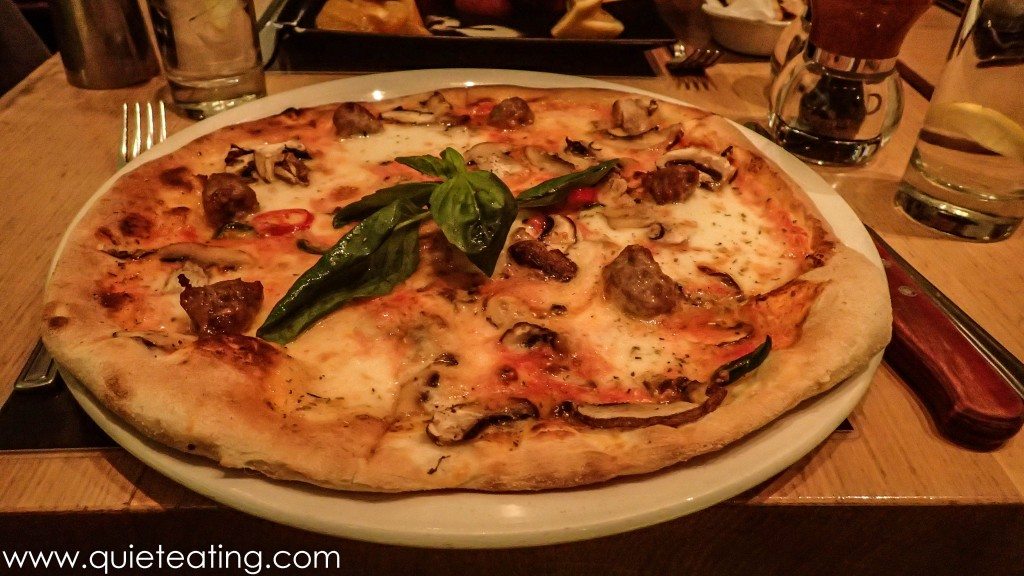 Pizza Luganica. With a topping to tomatoes, mushrooms, italian sausage, mozzarella and chilli. A doughy crust with somewhat unmemorable toppings.  It wasn’t bitter or bland but just altogether lacking in anything exciting.  Although the minuscule shavings of sausage attempted to save the sad base, it was too little too late.  The cheesy redemption unfortunately only managed to sugar coat a bland pill.  That’s probably enough words spent on the pizza.

This adventure was a case of the food looking much better than it tasted.  Overall, the presentation looked quite impressive – the photos definitely looked better than the taste of the food. However, it was let down by at times extremes of bitter, blandness and tastes of nothing. Although at least things were not all bad.  It’s saving grace was that the meal was inexpensive (in a similar price league to the aforementioned Carluccio’s) and portions were decent so at least we didn’t feel too much pain in our wallets.

The moral to the story (if there is one) is perhaps not to be quite so dismissive of the big chains – should have gone to KFC.  At least there you go with eyes wide open and know that the mutant chicken you are eating is unashamedly deep fried in lard.