I must admit to being rarely surprised in life.  Sometimes I get rained on when I don’t expect it.  Other times I find a fly in my soup.  Although, the time I saw a rat caught in a manhole cover in the middle of Shibuya, Tokyo takes the cake.  A gaggle of passerbys had gathered to watch a woman, equipped with kitchen gloves, of course, attempt to stuff the mewing creature back into the underworld where it belonged.  Yet, even then, although it caused me to raise an eyebrow, it did not startle me out of my usual stoic demeanor.

Yet today, I was surprised for the right reasons. 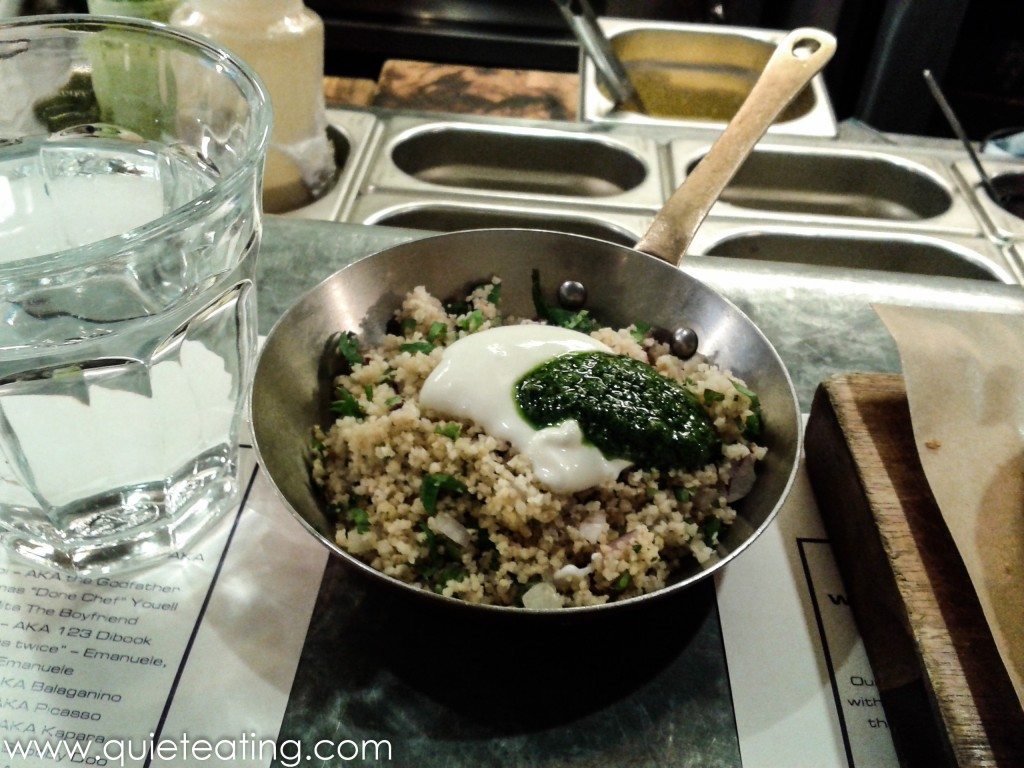 A little chef’s surprise of yogurt and couscous.  The tangy yogurt mixed with the tasty couscous to whet the appetite. 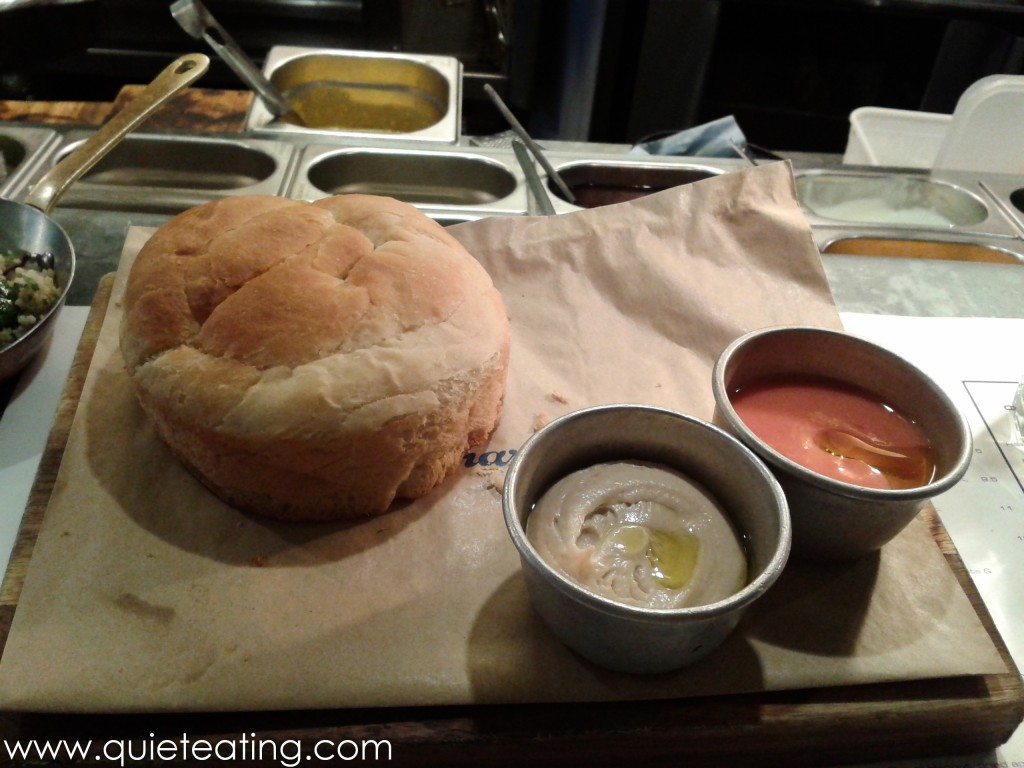 Kubaneh.  A light and buttery round bread.  With the dips of sesame oil and (something), this was so delicious that I almost had to succumb to licking the plate. 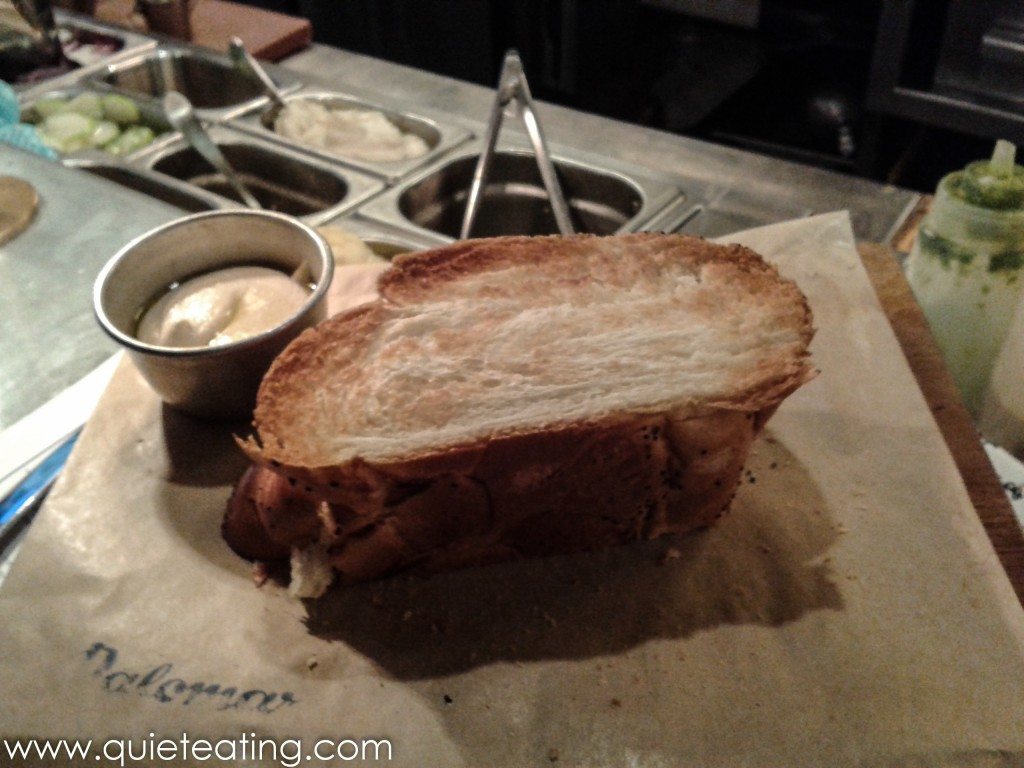 Chalah.  A lighter larger bread, not as buttery as the kubaneh, it was better suited to its role of mopping up errant sauces. 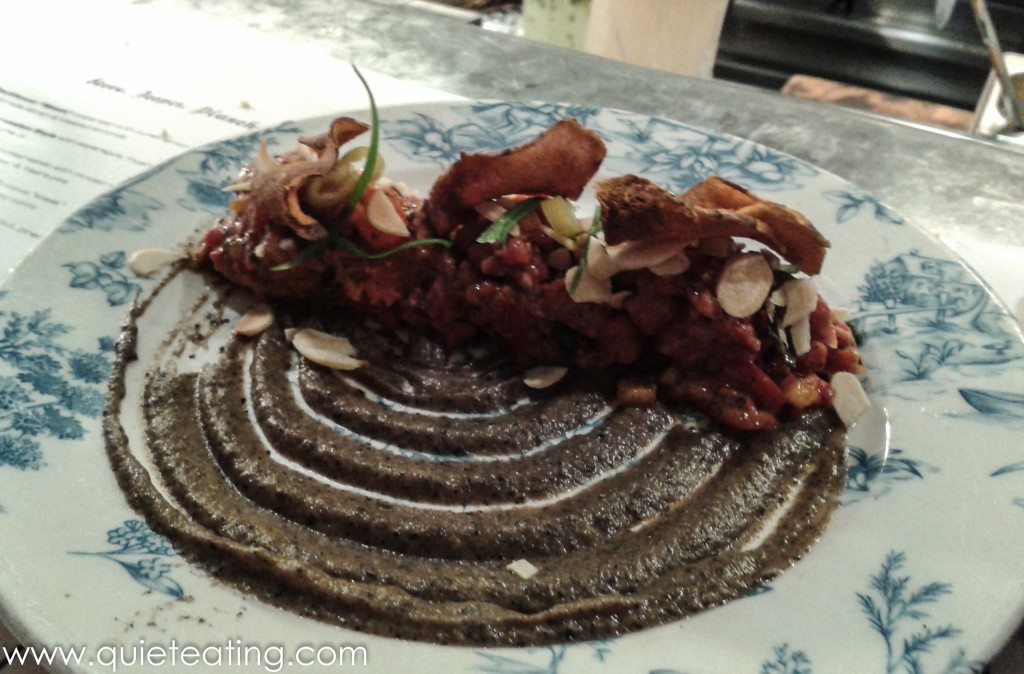 Beef tartare.  I was a bit dubious when I first received this dish.  Was this simply mud smeared around?  But my fears of a swampy end were thankfully unfounded.  The lovely smoothness of the beef was complimented by the nuts and vegetables to make something very enjoyable.  Especially the nuts! 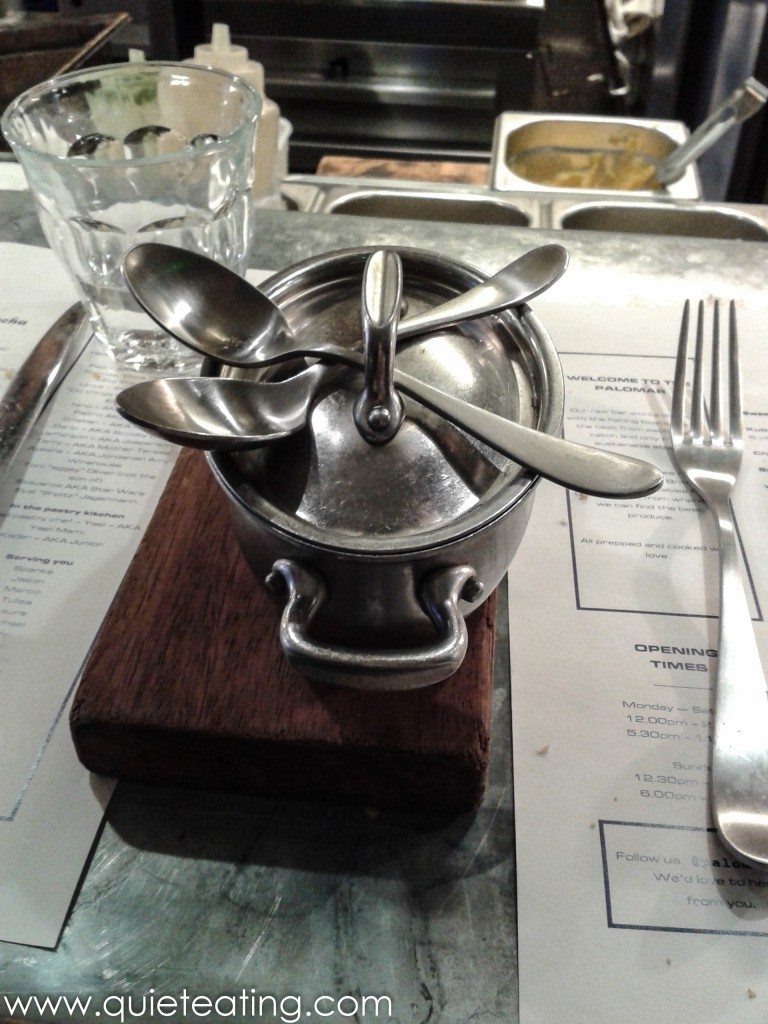 A special photo for this as the presentation was so unusual.  Reminds me of those sometimes aggressive photos of hunters posing with their long barreled rifles before embarking to hunt an errant boar for dinner. 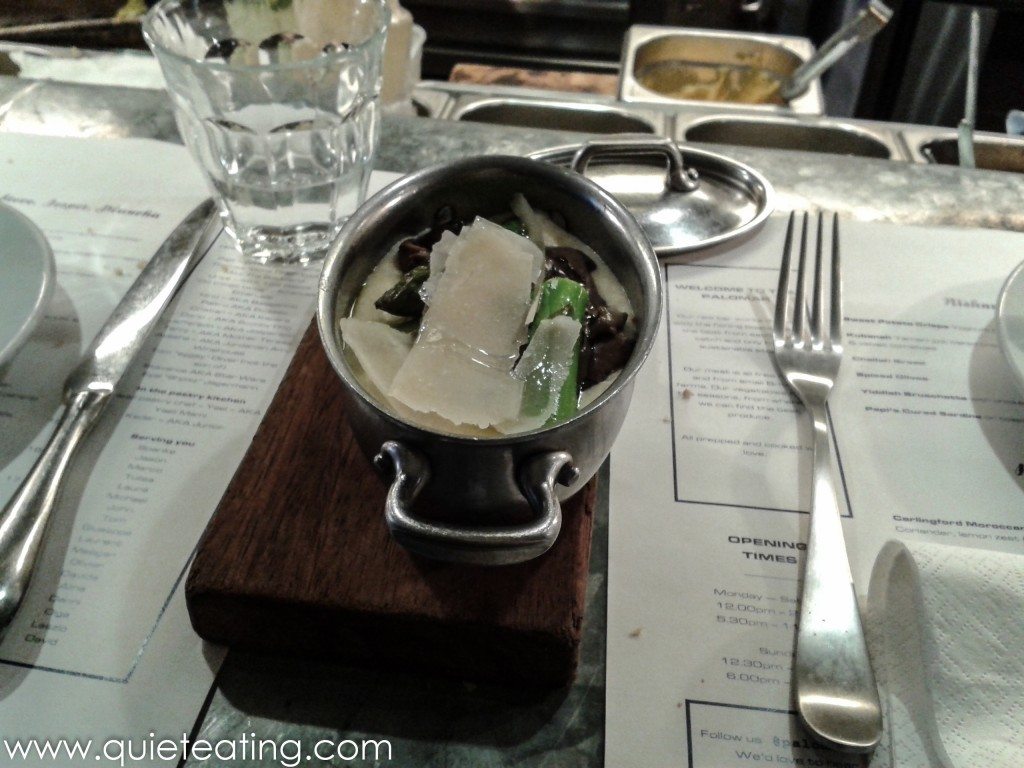 Inside it hid the Polenta Jerusalem style.  If there is one reason to come back, this is it.  The mixture of the heavy truffle flavour with the mushrooms and finely milled polenta tasted almost like mashed potato.  With one difference, it was so light and at the same time managed to be creamy avoiding the stodginess associated with potato. 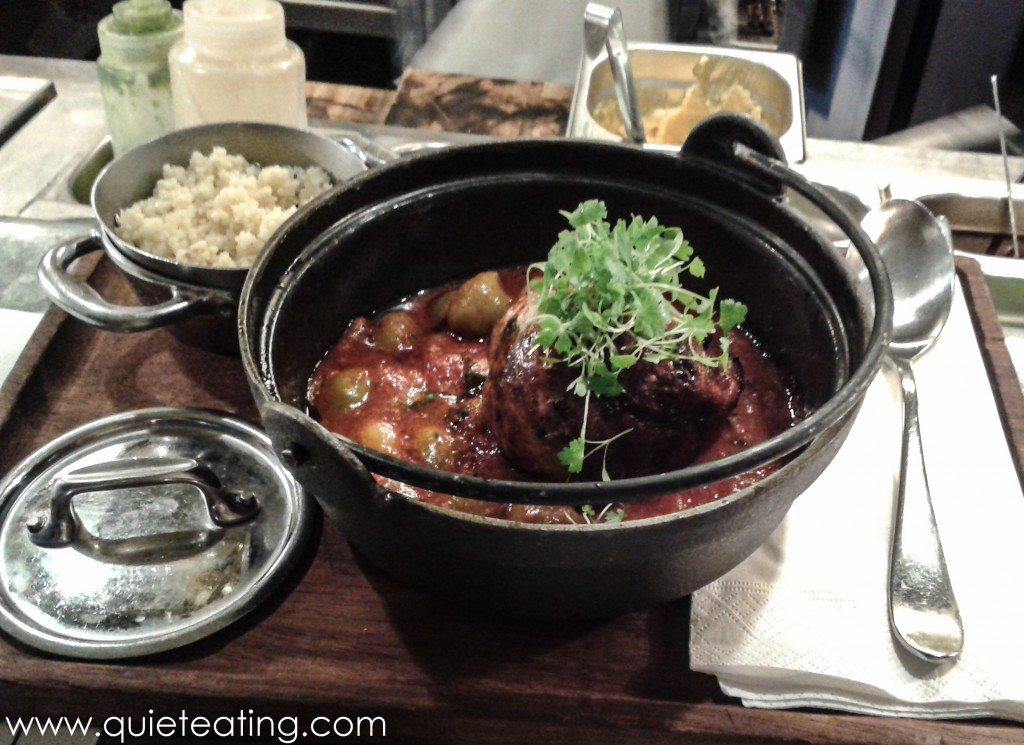 Chicken Mandil.  A rich tomato sauce with olives and shredded chicken.  Although this was the most expensive item of the meal (GBP15) I also found it the most disappointing.  Not that it was bad, it was above average in taste, but compared to the delights of the other dishes, a return to mean normality felt like a drop over the cliff to me.

Palomar ticked all the right boxes for me.  Cuisine which is different from the norm (sorry Chicken Cottage and Five Guys), delightful and special.  Perched on bar stools which were reserved for walk-ins, it was very entertaining to watch the kitchen staff go about their business.  Especially with the vocal and amusing head chef.  When things go wrong, he could be heard saying “you killed it!  you killed it… you killed it…”  Although actually, if I had to make my own exclamations, the Palomar has hit the mark almost dead on.