I always wondered why the words “down under” seemed to always relate to Australia and New Zealand.  I found it particularly amusing as I came from there myself.

Was it because that part of the world was so far away that it was out and away from the eyes of the rest of the world?  Or perhaps it was an allusion to the fact that it was so far away that it is easily ignored.  Kind of reminds me of the chewing gum stuck down under the table, hidden away where no one will hopefully find it.  Or, instead, was it a loaded question about great aunt Mildred who ran off to Australia to live with the kangaroos and the bandits, never to be seen again.

Well, Australia was settled by convicts, so I guess there is some truth to that felicitous statement.

Yet, it seems that many other things seem to return from Australia and New Zealand.  Whether it be sunburnt relatives, macadamia nuts or coffee.  Some are welcome but others less so.  In any case, this post is about returning edible things. 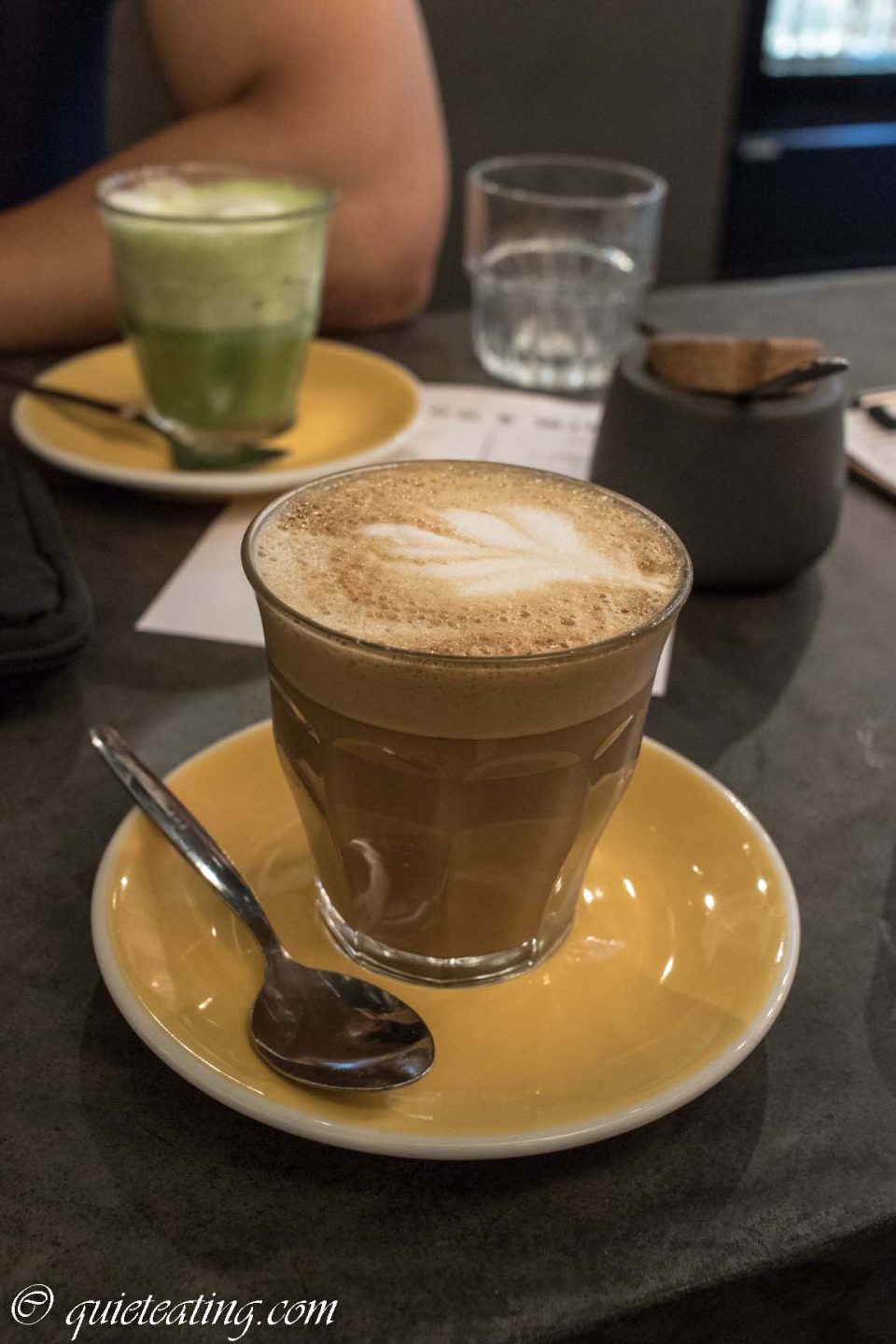 Latte.  This was rather good.  I found it an especially foamy and milky beverage.  Although perhaps next time, I will try the iced version as these days in London, things are overheating a bit and sometime I need a bit of a break from the crowds.  Need something cool to calm me down from the chaos of Piccadilly Circus.

Picky coffee drinker that I am being encouraged to be, I could foresee many other people also enjoying this.  You will no doubt have heard that good coffee is to be had in the Southern hemisphere and so when I visited I was filled with hope.  Today was my lucky day as dreams were fulfilled and not left unrequited.  As was the case for quite a while as I randomly visited coffee shops in my general vicinity.  So if you are down at the bottom of Regent Street, looking for a coffee to brighten your day, you could do worse.  If you are lucky, it might even give you the strength to carry on, which is either a blessing or a curse, depending on who is paying for the shopping.