I seem to be having one of those days.  Seems like people seem to take an instant dislike to me.  This coffee was preceeded by the trauma of Lurra.

When I first arrived, it seemed that the I had interrupted a serious conversation between the order taker and a customer.  This went on for 5 minutes and although I do not speak any European languages except for English, I could kind of figure out that there was more than work related chat going on here.  However, perhaps I am being uptight as this is Saturday, so I should cut people some slack even if I am a rather annoyed customer in the line.

However, just as I was about to open my mouth to order after this drama had seemingly concluded, the man behind cut in front of me.  He wanted to talk in English about bin bags.  Apparently he was from just around the corner and wanted to know the brand of bin bags that Omotesando Koffee used as he wanted to “borrow” some.  The obliging counter man then went behind to check the brand.  I guess there are more important things to do that serve customers…  When I checked all around me to see that there was no one else to worry about, I was allowed to speak to him although I was in a somewhat foul mood.  Although this could have also been because of what had happened earlier in the day. 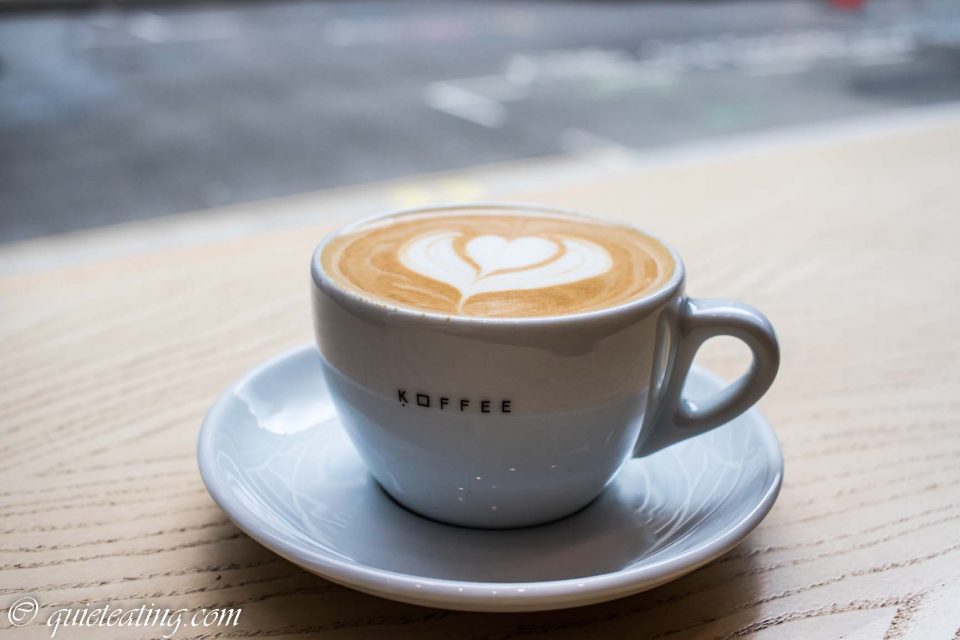 Latte.  So it was a pleasant surprise when the coffee came.  Smooth, full bodied and rather good.  This was a coffee that was worth waiting for.  Served up by the two professional baristas that politely asked me if I wanted sugar to go with that, I was amazed with the contrast between them and their front of house.

What would have been nice though, is if I was treated with this level of professional courtesy the whole time.  Yet, I guess at least this is an obvious and easily improved point that can be easily addressed.  Got to come back later to check if it is fixed.  Then again, perhaps it is just me as this coffee came just after the trauma of Lurra.

A coffee was GBP 3 excluding service.