If something is named no. 2, I would think that an entirely reasonable question is what happened to no. 1.  You would hope that the second coming is better.

So Google tells me that mangal when translated is a BBQ or a social gathering of friends from the Middle East. Which perhaps makes sense given the food on offer.  As per their website, it is billed as Turkish food in a refined environment.  Such marketing is clearly very effective as it rather difficult to get a seat at.  So given how much I had heard about it over the years, I thought it deserved a visit. 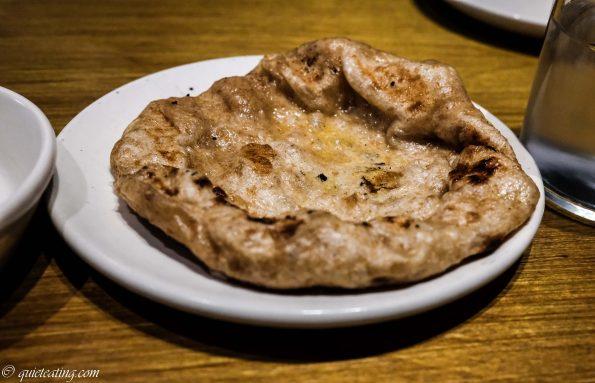 Sourdough Pide.  A quite decent pide, chewy and flavourful.  The earthy and slightly sour taste was a pleasant combination. 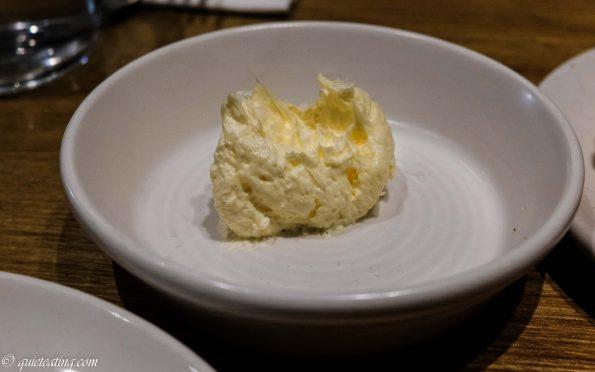 With Cultured Kaymak Butter.  Especially with the butter as a creamy topping to the pide making it even more tasty.  It was a bit small though coming in at than a cup’s saucer. 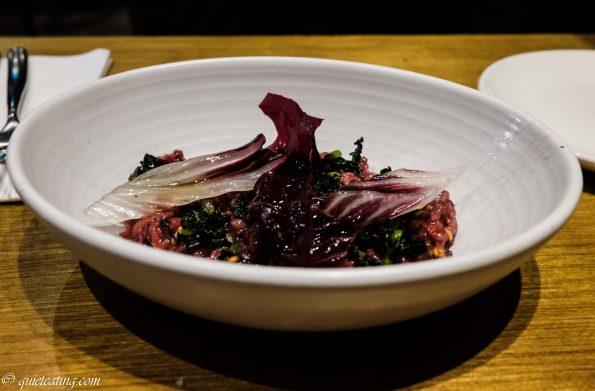 Chopped Beef Ezme with Fried Bulgur and Smoked Pastirma.  The fried bulgur added good texture to the chopped beef.  It could have done with a bit more aggressive seasoning though as it was a bit too bland for me. 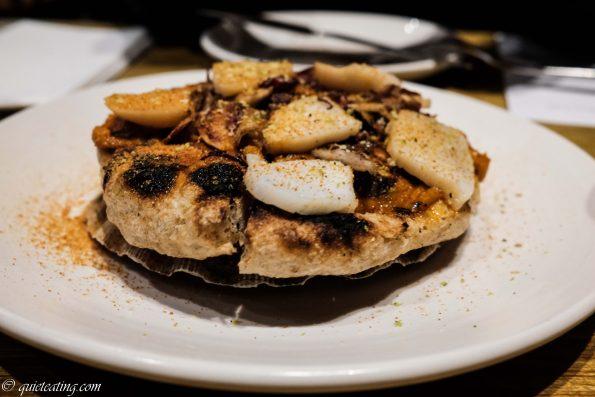 Smoked Scallop and Chemen Pide with Pistachios.  With the assistance of the upside down scallop shell to give the illusion of height, this was ok, even if the slices of scallop were a bit miserly.  It reminded me of a pizza with random toppings on top.  Based on the size of the shell, the meat of the scallop which donated its home has probably be stretched out across more than one dish. 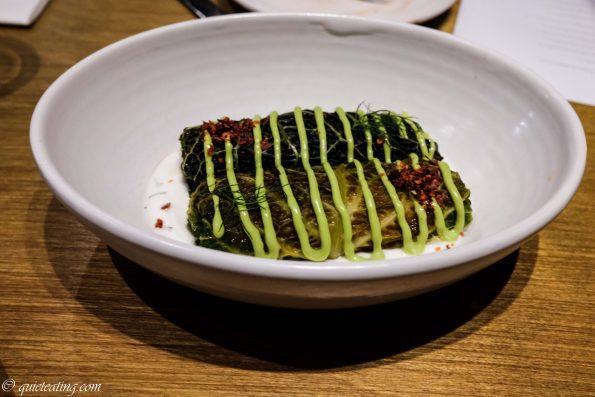 Fermented Red Pepper Sarma with a Herb Yogurt.  Mentioned several times as the bee’s knees by our waiter, this folded rice dish was not bad, especially among its contemporaries.  The leaf wrapped flavourful pepper flavoured rice inside.  The yogurt provided a smooth counterpoint.  Yet, again it was a bit bland for me. 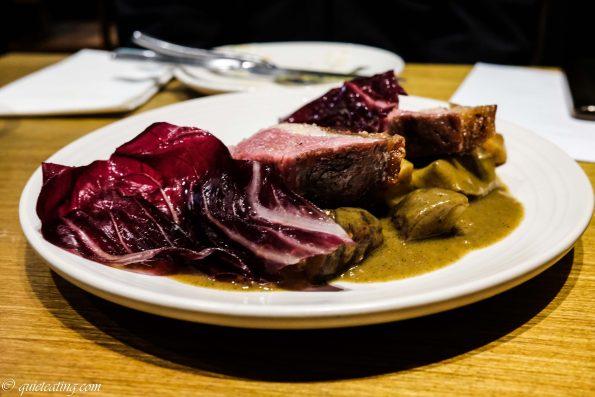 Cull Yaw Loin with Leeks and Smoked Lamb.  Probably the best dish of the day, although I think it was potatoes rather than leeks in the dish.  Unless I am completely missing the point.  Unlike some of the other dishes, this was seasoned with enough salt, nicely seared sides and a delicious layer of fat on top.  The sauce was meaty and helped to add umami flavour to the potato and lettuce leaves. 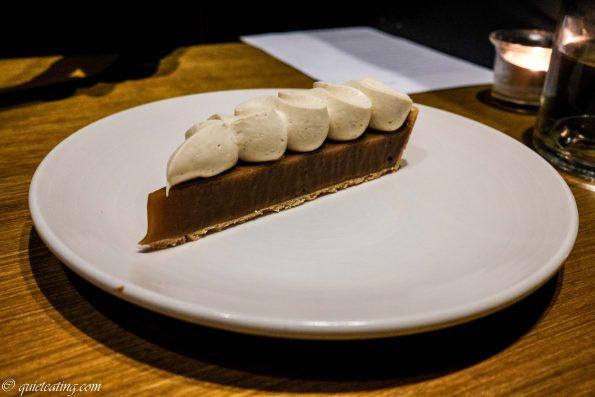 Tahini and Apple Tart with Cherry Stone Cream.  A heavy but not cloying tahini taste in this tart, even if the portion was less than generous.  The light texture of the cream with the heavier tart base was tasty.  Even if I would guess that they could probably get 20 slices out of one pie, great deal for them, not so much for the patrons.

You would hope that the second version is usually better than the first.  According to the website, in 1994, the owner or Mangal II “ended his association with Mangal I”. That phrase sounds rather ominous, bringing to mind thoughts that there might be dead bodies buried somewhere.  Which if that is the case, I can be thankful.  If version 1 is worse than the second one, I definitely don’t want to go to the original as the food at no. 2 was nothing amazing, the portions far from that, even if the price in this day and age is towards the lower end you would expect to pay for dinner.