Sometimes I find the hustle and bustle of South Kensington and Oxford Street a bit much.  I can’t really understand how it would be feasible to frequent those locales on a persistent basis.  With the cacophony of tourists, collection of aggressive formidably large non-British cars and that bastion of British shopping, Harrods, swamped by intentional petitioners, I always wondered where the British actually go instead.

It seems that they all head off to Marylebone where the streets are more genteel, the shops less full of the massive buying craze in these days of pound weakness and food is taken at a more sedate and comfortable manner.  Such a neighborhood seems to be a prime location for a take on a meal that I would eat when I was a student lacking in time and more lacking in cooking skills.  Cheese and biscuits.

Thankfully, this is where things are elevated to an art form. 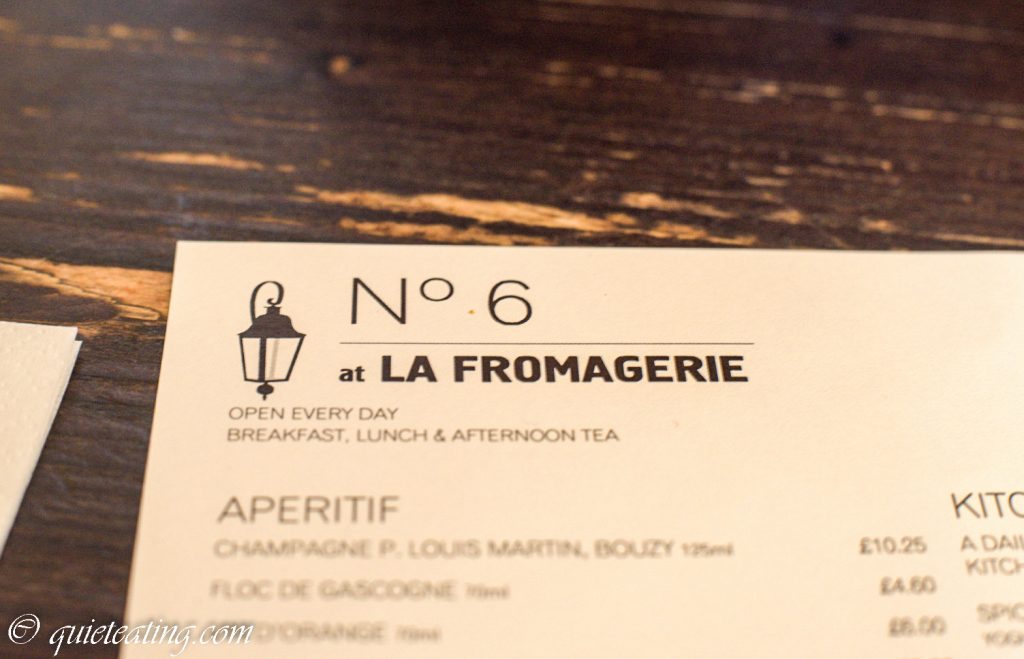 Just in case you forget where you are eating.  With a little lamp it shone a light on adventures to come.  Although it wasn’t the place that we would meet Mr Tumnus, we would meet Mr Cheese and Ms Biscuit instead.  Good thing too as I don’t think I was up to eating a talking faun. 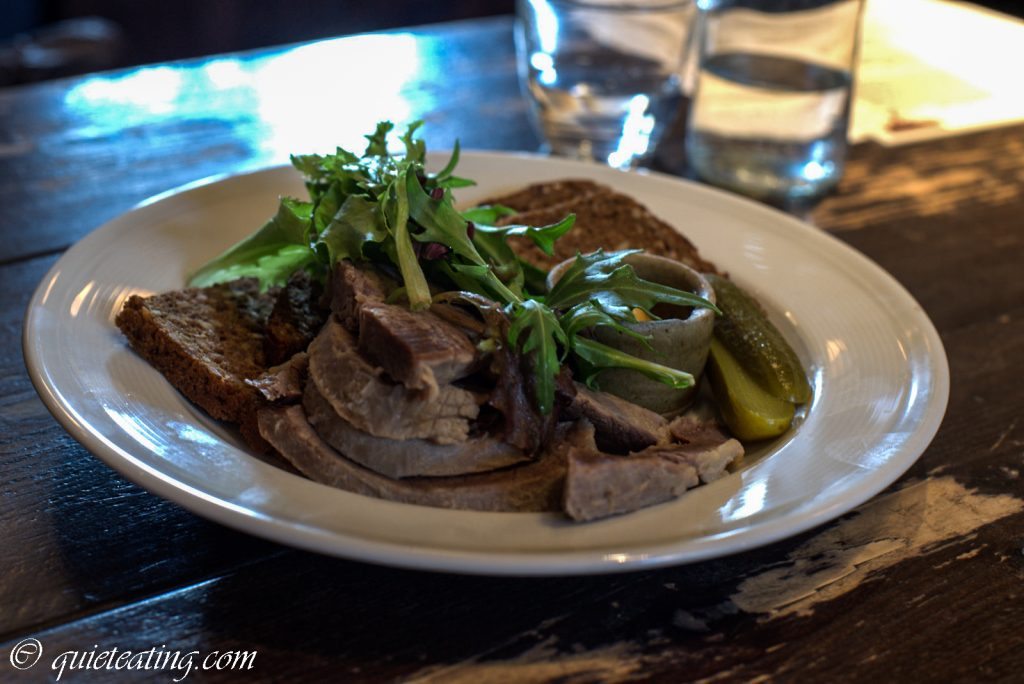 La Fromagerie salt beef, cornichons, Dijon mustard and toasted rye bread.  When my friends had heard that I would visit, they were adamant in advocating the salt beef.  When it first arrived, I admit to thinking that this seemed a bit small but I later discovered this was quality over quantity.  The salt beef was pleasantly NOT salty.  Soft, moist and full of beefy flavour, the texture was what impressed me the most.  It wasn’t falling apart but maintained just the right amount of cohesion.  A dish done well. 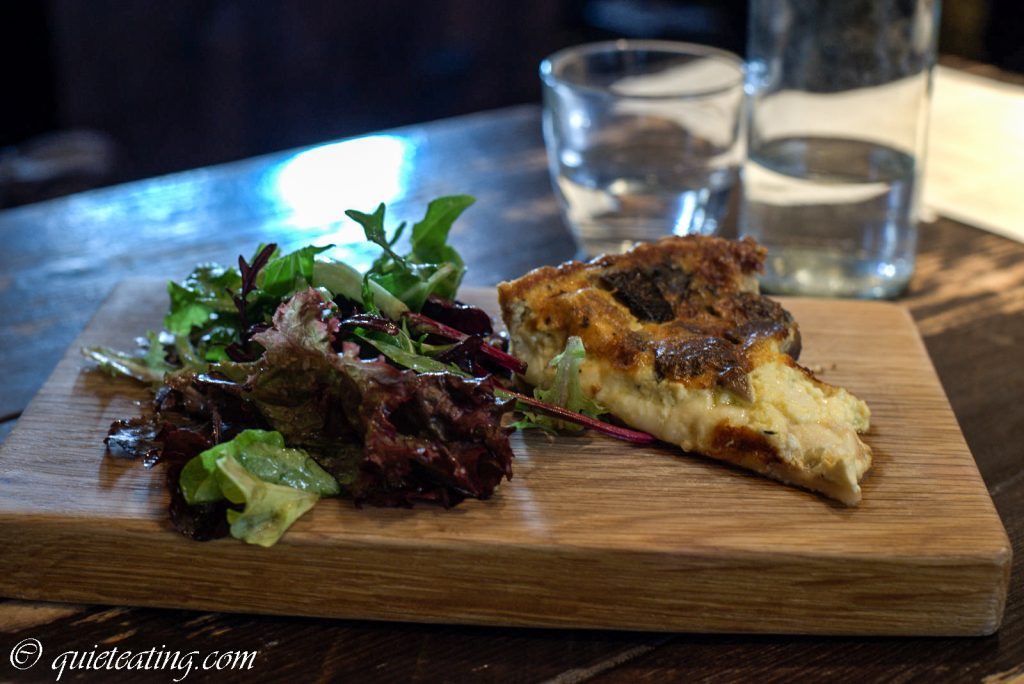 Savory tart, Portobello mushroom and raclette d’alpage.  This was delightfully light, with the cheese tart avoiding the stodginess common in lesser tarts.  This was a tart done correctly.  Although, it was unfortunately rather minuscule.  I was tempted to lick the board in search of more sustenance but I restrained myself as it might be frowned upon here. 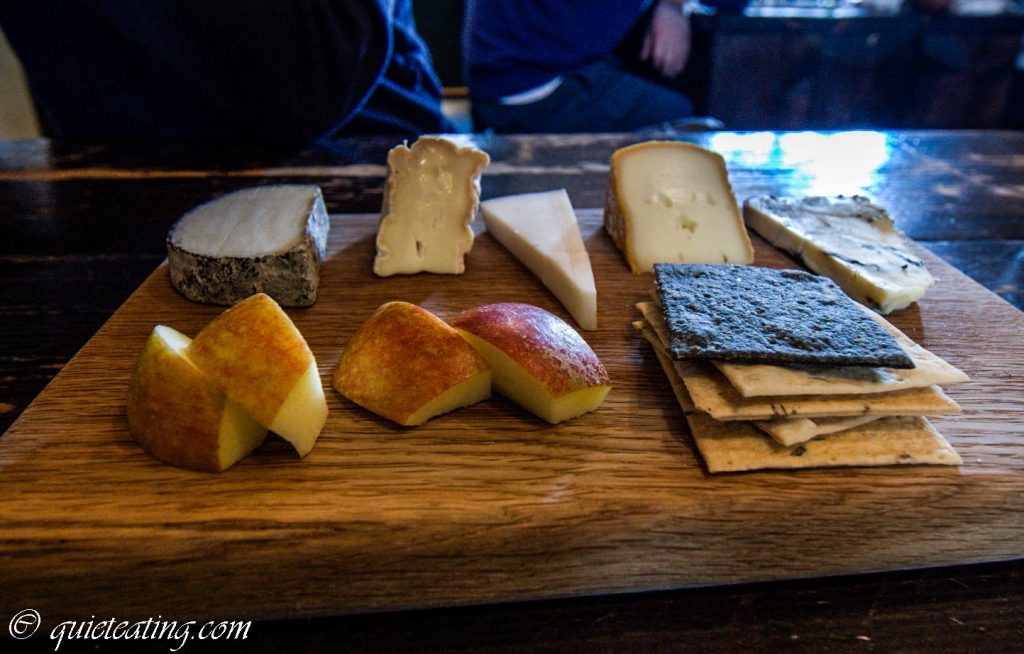 Margalet, Lou Larzac, Murcia Al Vino, Lou Bren and Stichelton.  I’m not much of a cheese connoisseur but I do know what I like and can appreciate quality.  Actually I confess to being somewhat of a cheese bumpkin.  I know what I like and what I don’t but I have no idea what they actually are.  Maybe that’s the true test, a blind assessment or whether food is good.  I liked one cheese (furthest left) and thought the rest were interesting but not something I would hurry back for.  I appreciate a nuttier cheese.

La Fromagerie is a relaxing laid back cafe in the genteel Marylebone area.  Ideal if you need somewhere to avoid the hurly-burly during a busy shopping day in Oxford Street or South Kensington.  It brings back memories of quieter more peaceful days gone by.  With an atmosphere and food like this, it required a rather stronger force to pry me off the seat where I was happily enjoying life whizz by.  Yet, I had to come back to reality someday, so once more back into the fray.  Oxford Street I mean of course.

Lunch (1.5 courses) was GBP15 without drinks or service.