That’s what was said at the start of the meal.

I had no idea what it meant.  I was subsequently educated.

It apparently means the reduction of something, often used in relation to radio waves.  That’s why you don’t get mobile phone signals indoors sometimes.  I can imagine the scenario where you can show off your vocabulary.  When someone you would like to impress is in attendance, declare that you might have to step away from the table to rectify your attenuation problem.

If only I could be so eloquent.

Yet perhaps this was appropriate language to use in this very smart and upmarket Japanese dining venue. 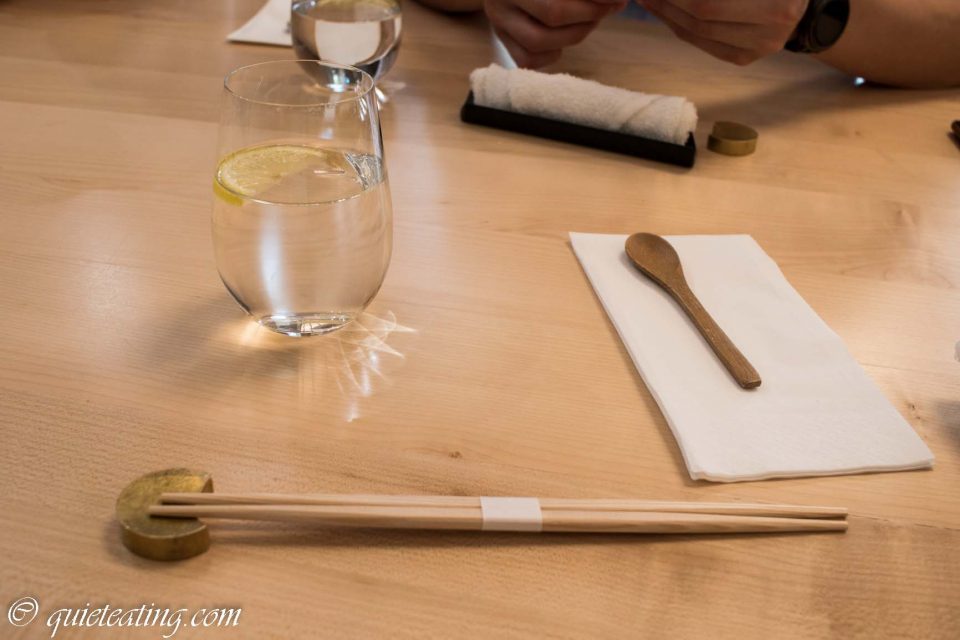 With a dash of lemon, this tap water was the best I have had in recent memory.  Actually, it is the only tap water this year that had a little extra zest.  Other restaurants take note, a little citrus can go a long way. 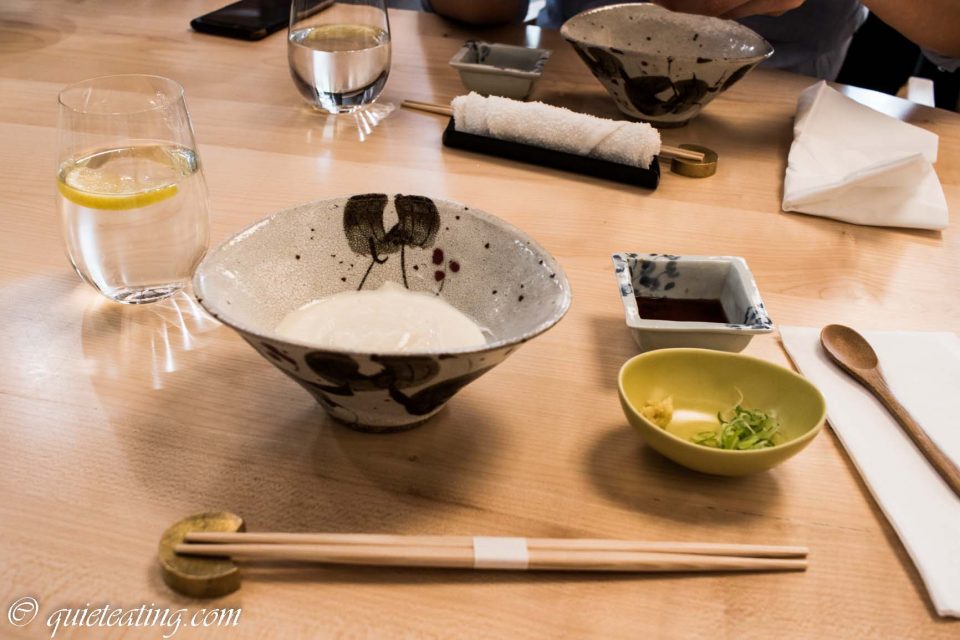 Soft liquid tofu, excellent, with a dash of soya sauce, green onion and minced ginger.  The clean bean taste of the tofu was set off most excellently by the accompaniments. 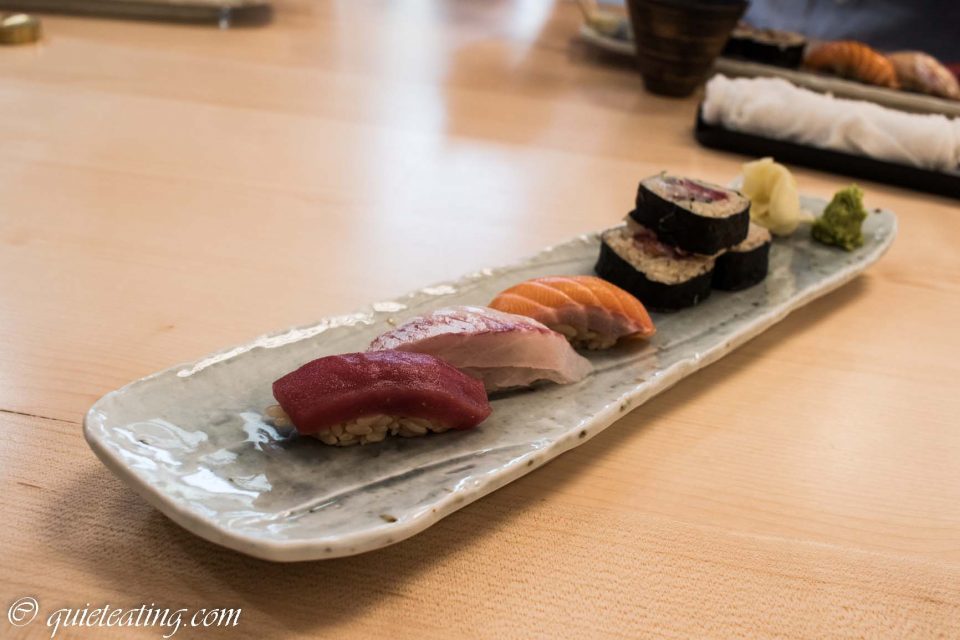 Sushi, left to right, tuna, seabream, salmon, minced tuna roll.  These were good, if gone a bit too fast.  Then again, that might have just been me. Fresh with that delicate bounce of the recently fished. 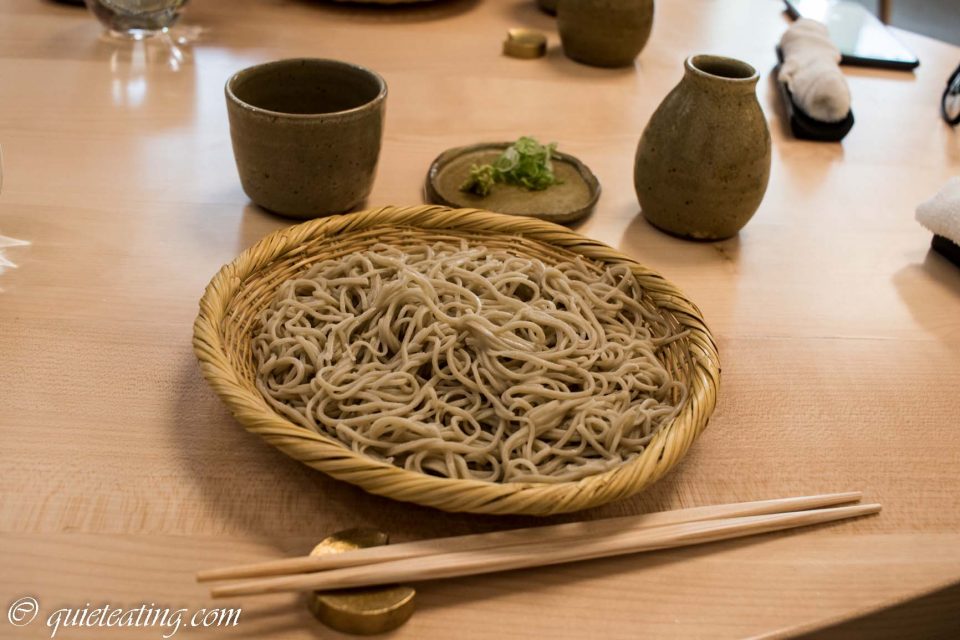 Zaru soba, coba soba with wasabi and spring onion.  This was the main event as this is why we heard that we should come.  It was alright, for London.  In Japan, I became somewhat of a soba snob at times, journeying around with my friend to weird places in Japan following pictures and reviews of alluring soba.  I remember hiking for a full day just to get to particular soba venues and braving the slush and snow.  All just in search of this earthy noodle.  Sadly, this just didn’t have the bounce that I was used to and seemed sadly a little flat. 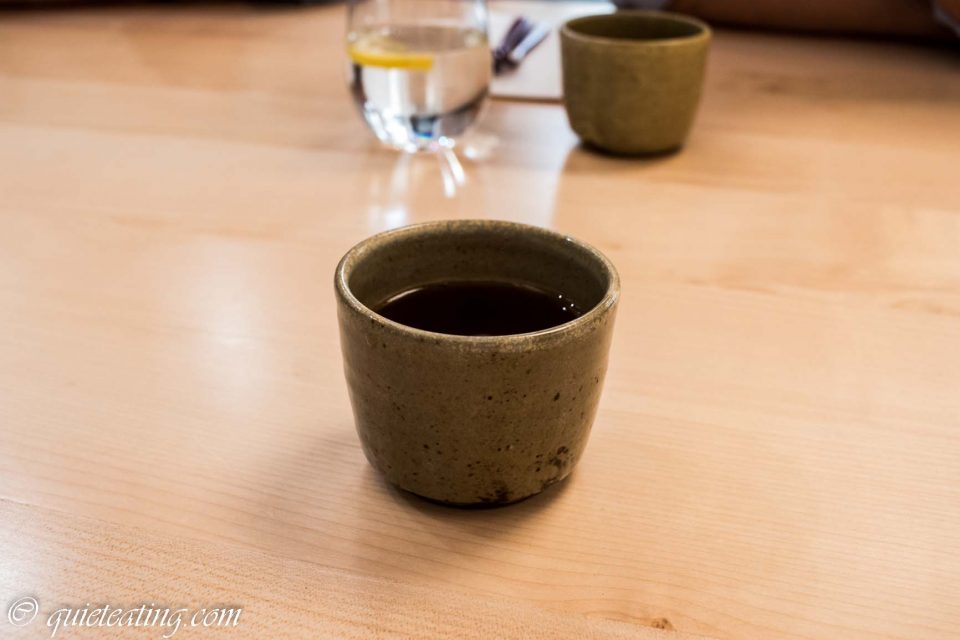 Sobayu with tsuyu.  The soya sauce dipping sauce with the water used to make the soba.  It was ok although this was never my favourite thing to try.  Was interesting that they had transferred across this particularly Japanese element to a place where most people would ignore it. 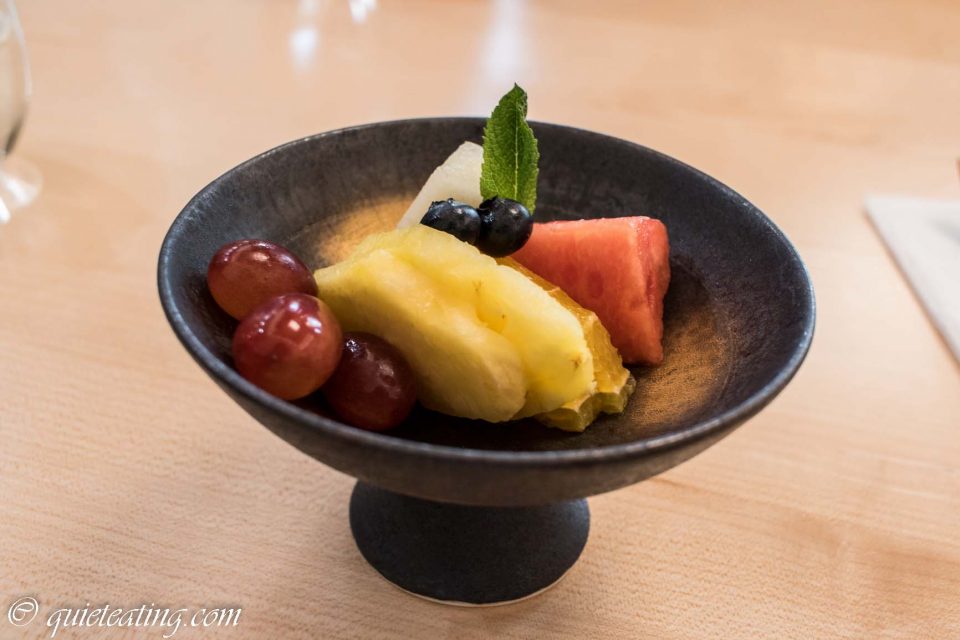 Fresh fruit.  Although this was nice, I felt a little cheated as it was fairly ordinary.  If they were to serve fresh fruit for dessert, why not serve some of the gigantic fruits I had had while I lived in Tokyo.  Apples almost as big as your head, grapes as big as tennis balls and monstrous watermelons as big as balloons were some of the things I saw.  They tasted rather special too unlike this. 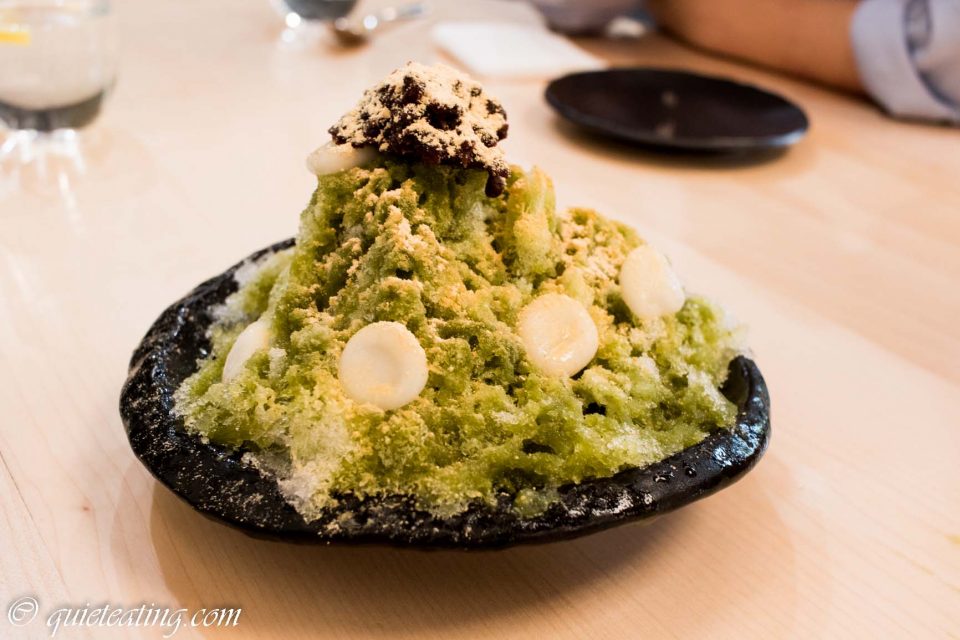 Shaved ice with mochi, red bean and macha.  The best part of this was the mochi.  The rest of this, less so.

Attenuation.  That fascinating word, perhaps that explains why things were so different here from what I expected.  Some things were good, others less so.  It almost felt like there was something lost in transmission from Japan.  As, although Yen was decent, compared to the heights and depths I had experienced in Japan, it felt like a lesser version of what things could be.