It is a relief when things are what they say they are on the tin.

Especially in this day and age when hyperbole and senseless superficiality seem to rule.  The more words that you needlessly tack onto what you want to sell, the more value they seem to accrue.  Everything has to be authentic, traditional and hand made.  Which begs the question, were things fake, modern and made by something else before?

Actually, on second thoughts, don’t get me started on the words “hand made”…

So when seeking a cheap, no-frills eat, on a public holiday where most sensible restaurants had closed shop, we ended up at Ichi-Riki.  Then again, it wasn’t like we had much choice, so expectations were low. 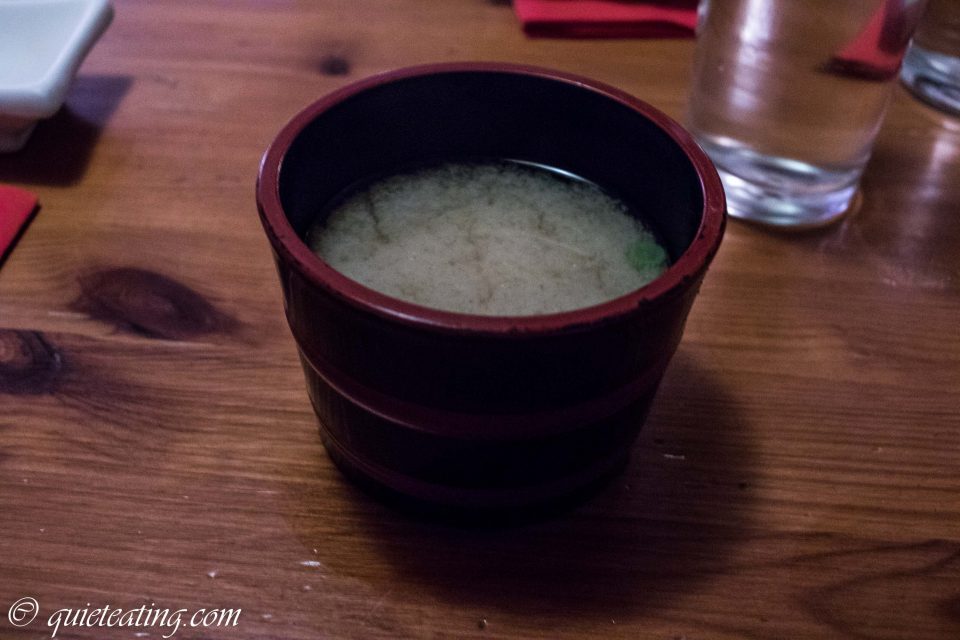 Miso soup.  Nothing special but it did not pretend to be.  Some drivel to warm the soul. 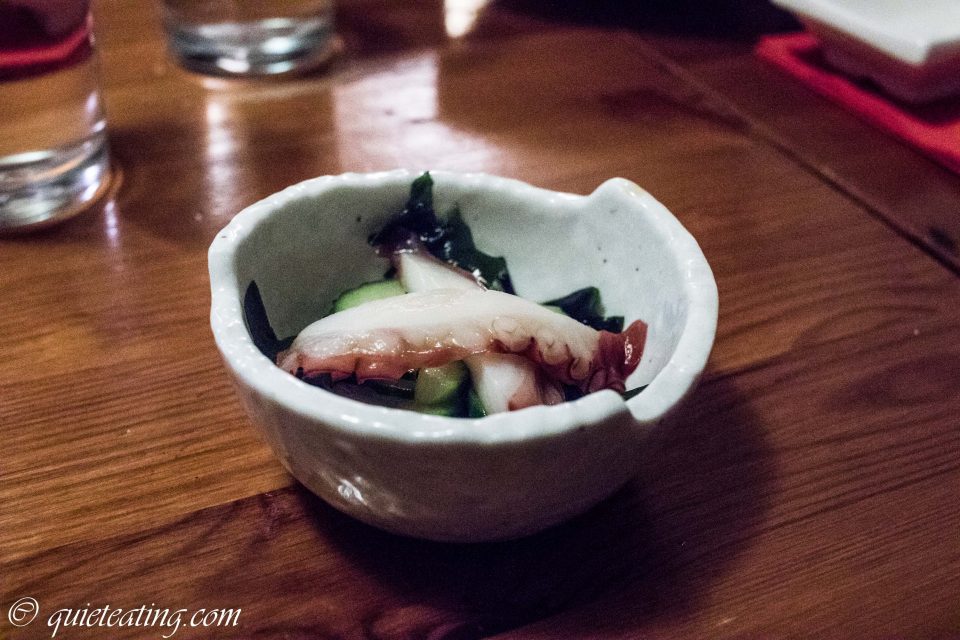 Octopus salad.  Not one to look at a gift horse in its mouth, I quickly chowed down on this extra morsel.  Do not be deceived by the photo, it really was quite small.  It was ok but you can’t complain about a little free extra. 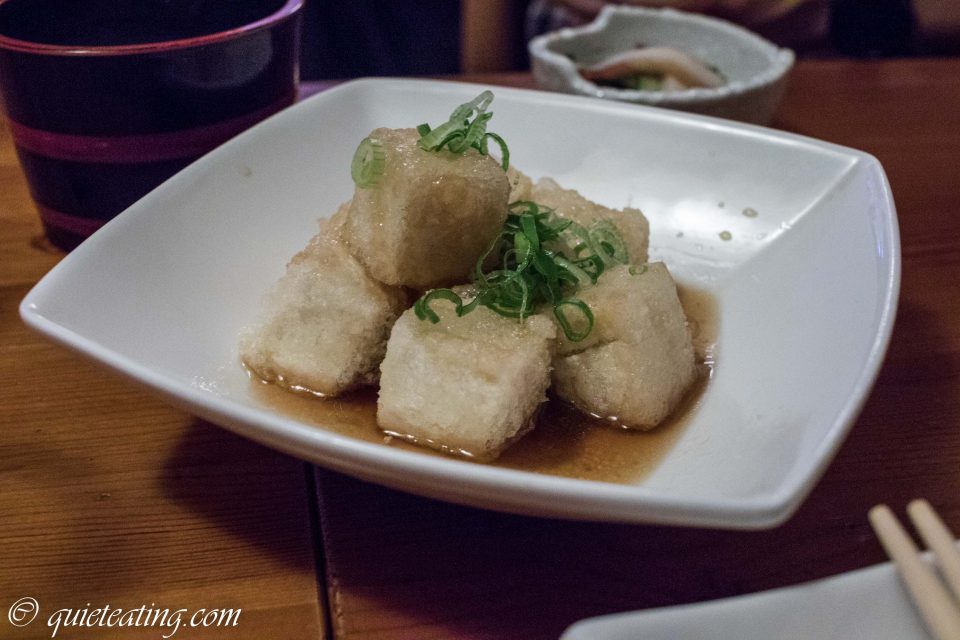 Agedashi tofu.  These seemed rather sadly too starchy.  Perhaps someone had been a bit overzealous with the potato flour.  This unfortunately compromised the otherwise tasty tofu.  Could have been great. 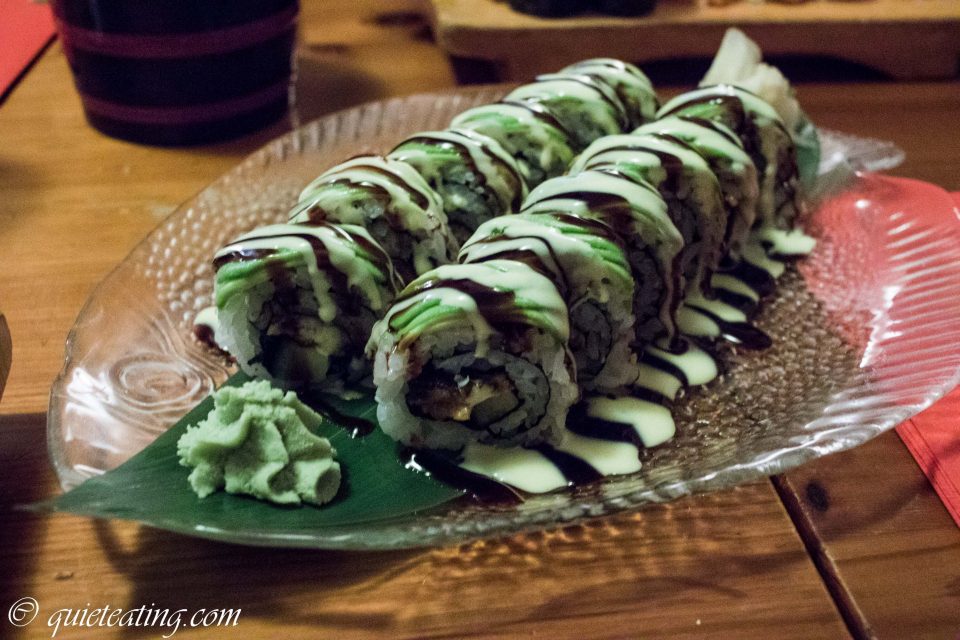 Dragon roll, grilled eel, cucumber roll with sliced avocado and topped with eel and mustard mayo sauce.  I must commend the presentation here.  Although, maybe calling it a dragon roll may not have been the most suitable name.  I generally expect my dragons to be of brighter hue but I guess that subdued green works for some too.  On the taste front, it seemed that the roll was trying to be too many things to too many men.  The clash of flavours confused my palate and me.  We are usually inseparable but when the colours and taste cause so much confusion, there can be divergence. 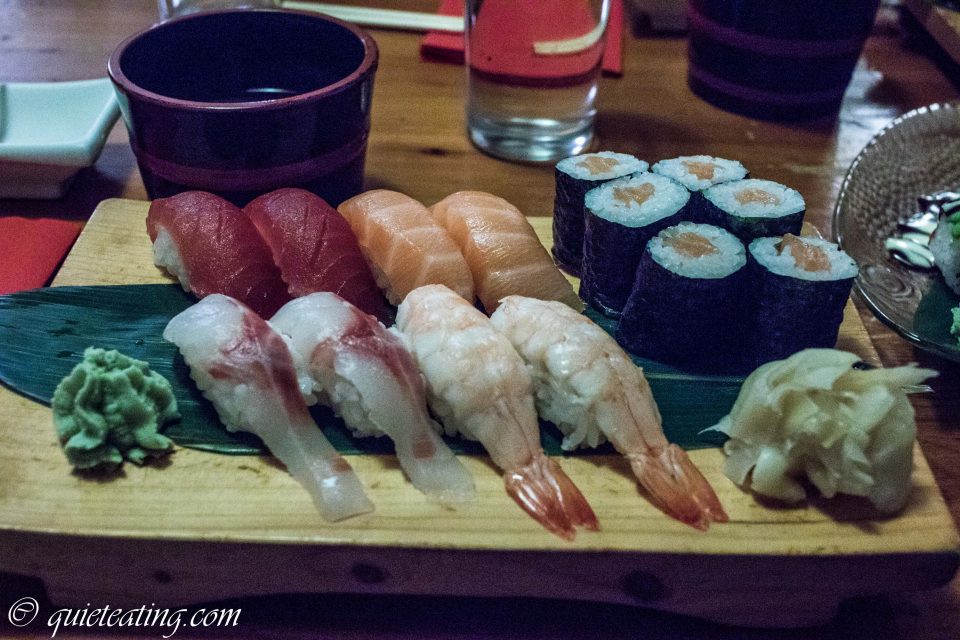 Ichi-Riki deluxe, eight pieces of nigiri and six pieces of maki.  Starting from the top left going clockwise, tuna, salmon, salmon, prawn and flounder.  Underwhelming would be the best word.  If I closed my eyes, I would have had trouble telling you which piece I was eating.  In a lukewarm way, a bit better than Itsu but not by that much. 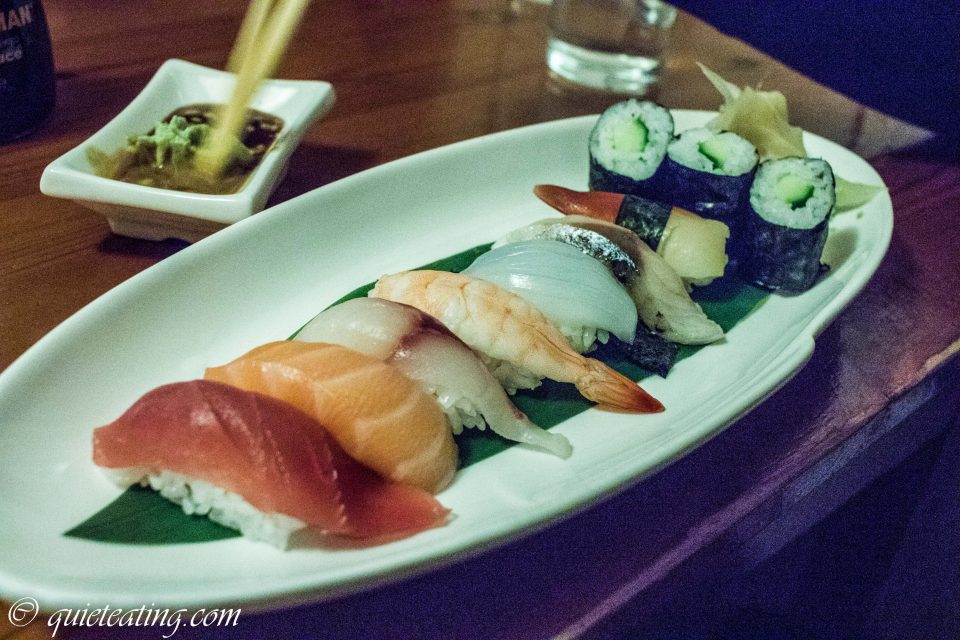 Left to right.  Tuna, salmon, flounder, prawn, squid, mackerel, clam and cucumber.  Suffering from the same issue as the above.  Fairly nondescript but then again better than some chains I have known.

The kindest I could say of the meal was that it did not poison me.  Yet, I think I am being rather unfair (as usual).  As although it was a rather mediocre dinner, at least it didn’t pretend to be something it was not.  It was a genuine presentation of what it advertised.  Cheap sushi at a low price.  Then again, it’s not like beggars can be choosy.