Putting thoughts of blasphemy to one side, this coffee shop had a rather interesting name.

In computer games that I have known, the deluxe ultimate mega-fiend slaying move guaranteed to bag you the win seemed to generate an even more fantastical name the further and further you journeyed into the game.  Nerdy person that I am at times, this was my first thought on seeing the name “Holy Shot” above the door.  Not good, excellent or outstanding but something so good it becomes sacred.

In a more mature frame of mind, alternatively I thought that this was an example of East London coming up as gentrification spreads further and further.  As with such growth, naturally this wave brings along trendy coffee shops.  With a name like this, mixing the secular and sacred, my interest was piqued to see if perhaps the coffee would be otherworldly. 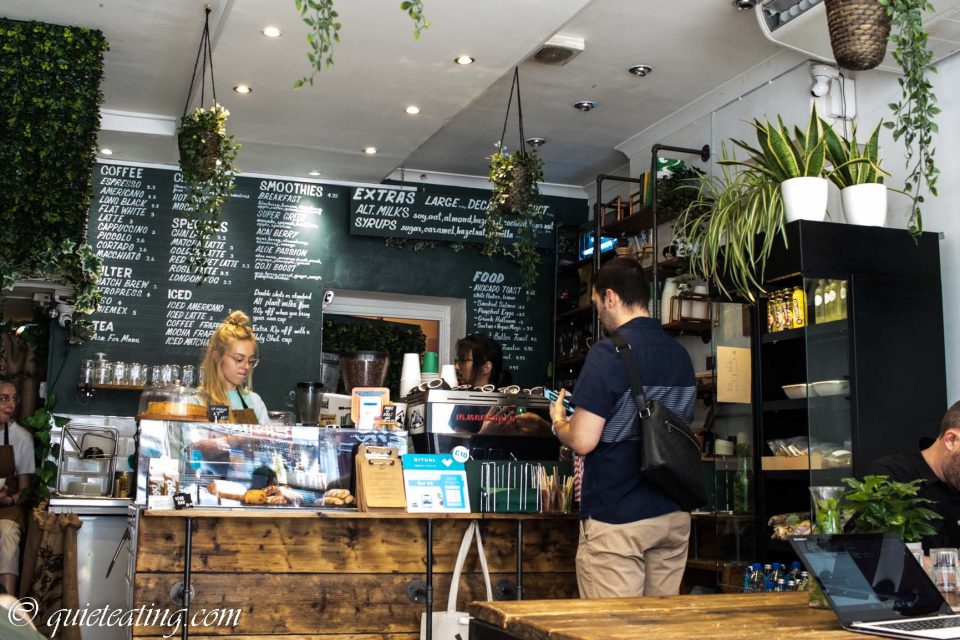 A nice enough counter.  No glimmers yet. 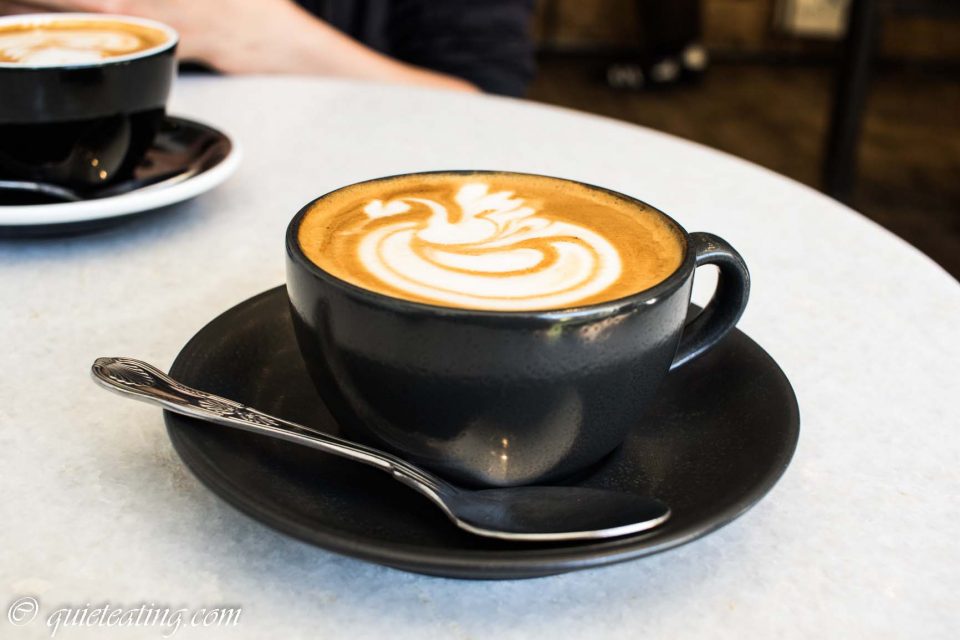 Latte.  Pretty cup and even prettier latte art.  I sat here and digested and contemplated this picture for a while.  Was it a swan?  A flower?  A drawing of my face?

As for the taste, it was ok.  Not too good, not too bad but passable.  With my hopes built up by the name, expectation and reality did not really match.  So despite its name, it was something much more mundane.  Although, perhaps I should be glad that the name was rather circumspect, all things considered.  As the word “holy” is often followed by an expletive.  Which, if that drawing was of my face, I would not want attaching to me.

A coffee was GBP3 excluding service.