I know that playing hard to get can sometimes make things seem better than they actually are but this was a bit ridiculous.

When I arrived at this restaurant, they didn’t seem to want to let me in at first.  Waving at the windows, I enjoyed some exercise while futilely trying to get some attention.  As most sane people know, it is best not to ignore me in such a state.  A few minutes later, after others had been more successful than I, the door was open.  I then tried to get in.  However, the problem here was that they were so interested in welcoming people, that they didn’t bother to open the other half of the door.  I’m not that large (even if people say I have a big head) but I still had to turn sideways to fit.

Kind of ironic that a shop with such simple signage and decor makes things so complicated. 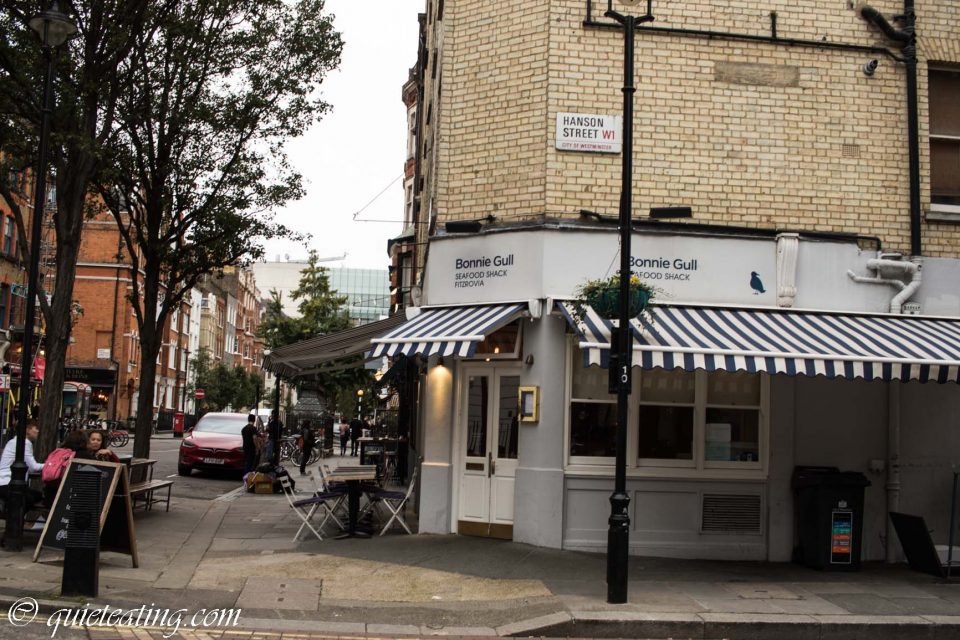 This is Bonnie Gull.  Clean font, clear colour scheme, perhaps this should have put on me on guard as maybe it was a hint that it might be lacking in substance. 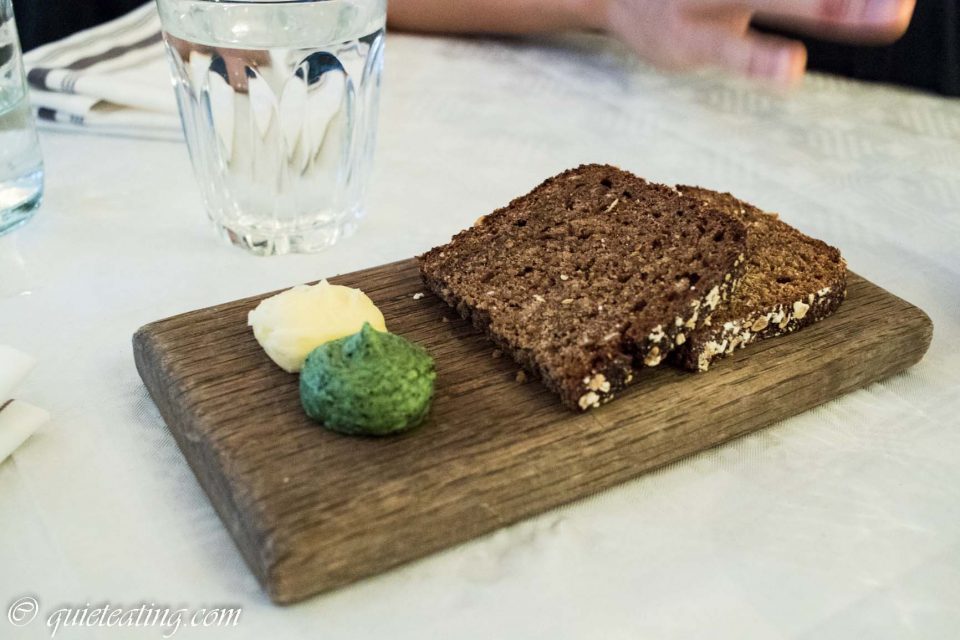 Soda bread with salted and seaweed butter.  As an introduction, this was not bad.  The two types of butter with a full-bodied bread was rather pleasant and led to hopes for the future.  Although that was to be wishful thinking. 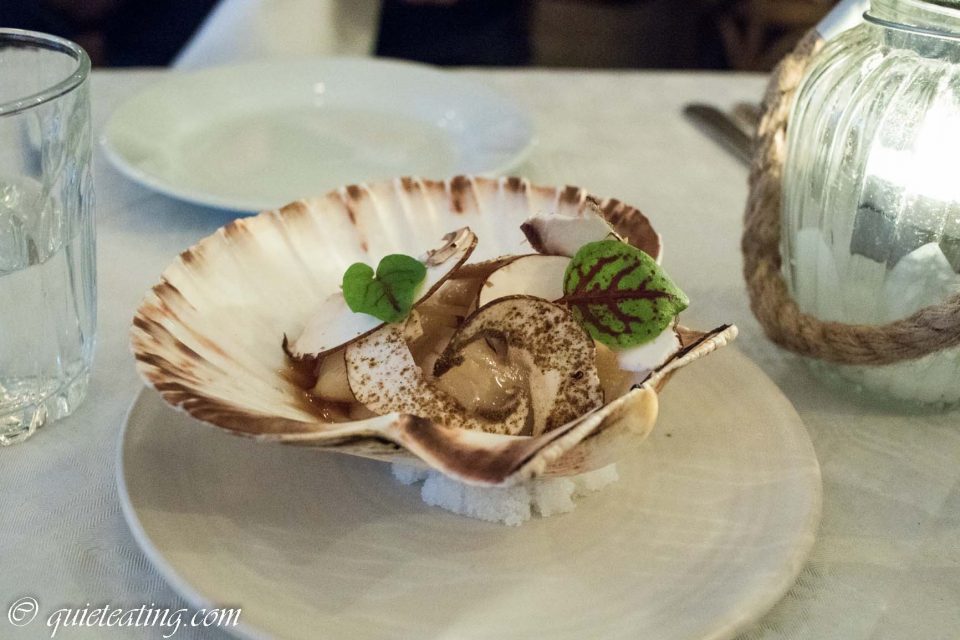 Scallop ceviche with yuzu ponzu, kohlrabi & chestnut mushrooms.  This was rather ordinary although the scallop was not bad, providing good taste full of its natural flavour.  Sadly, the same could not be said of the mushroom.  It’s natural flavour when sliced in rather thin chunks was, rather like the sign alluded to, nothing much at all. 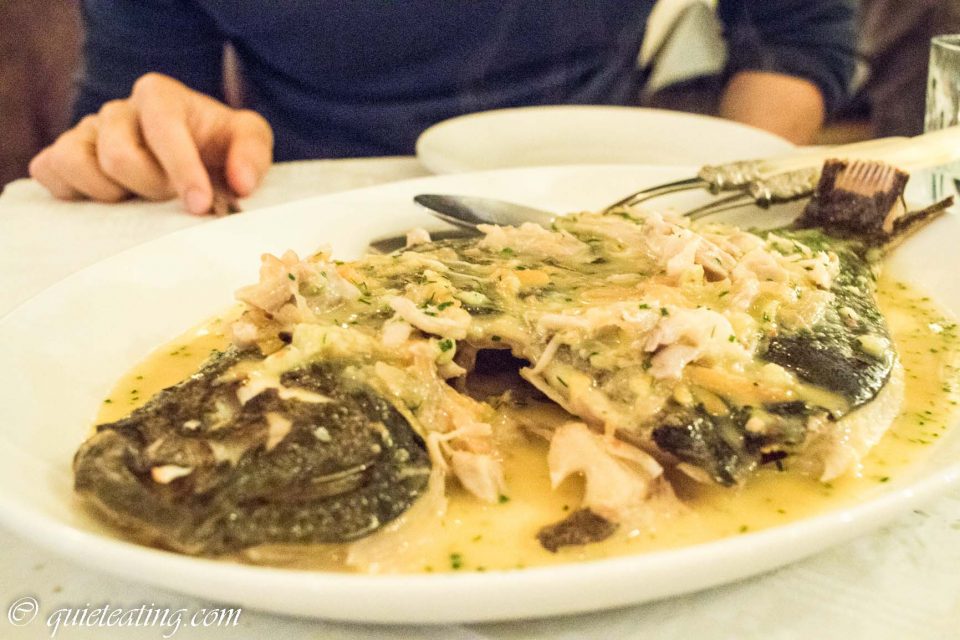 Turbot.  At least this was somewhat better, even if it did cost a pretty penny for something that did not take too much skill to make.  Or perhaps I am just being unkind as usual.  Let’s just say it was the best of the rest with fish cooked avoiding overcooking and plenty of spicing. 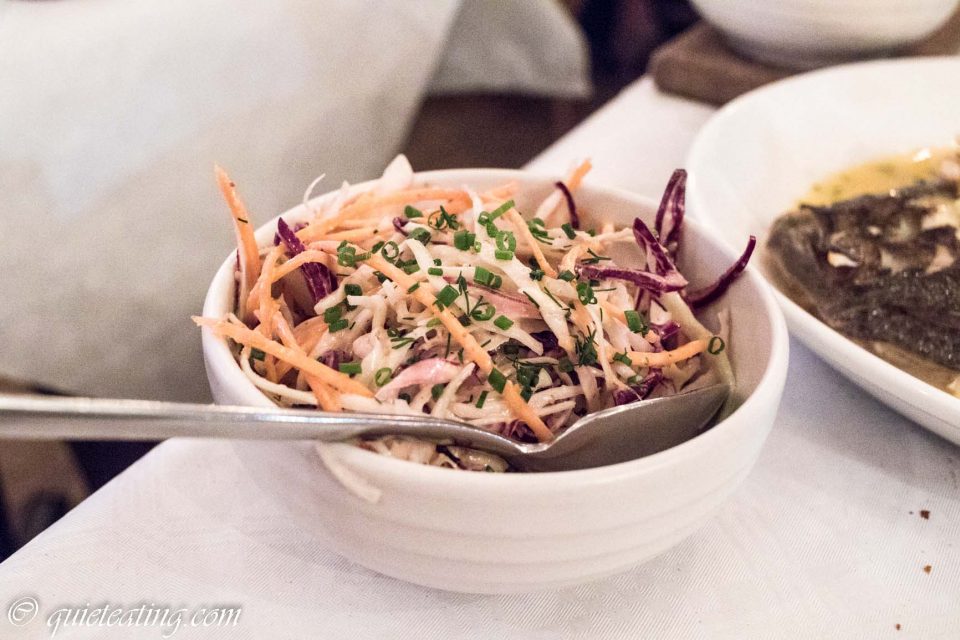 Shack slaw.  Aptly named, I sat there with a slack jaw when this arrived as it looked like a mismatch of play dough cut into pretty strips.  It was colourful but utterly boring in taste. 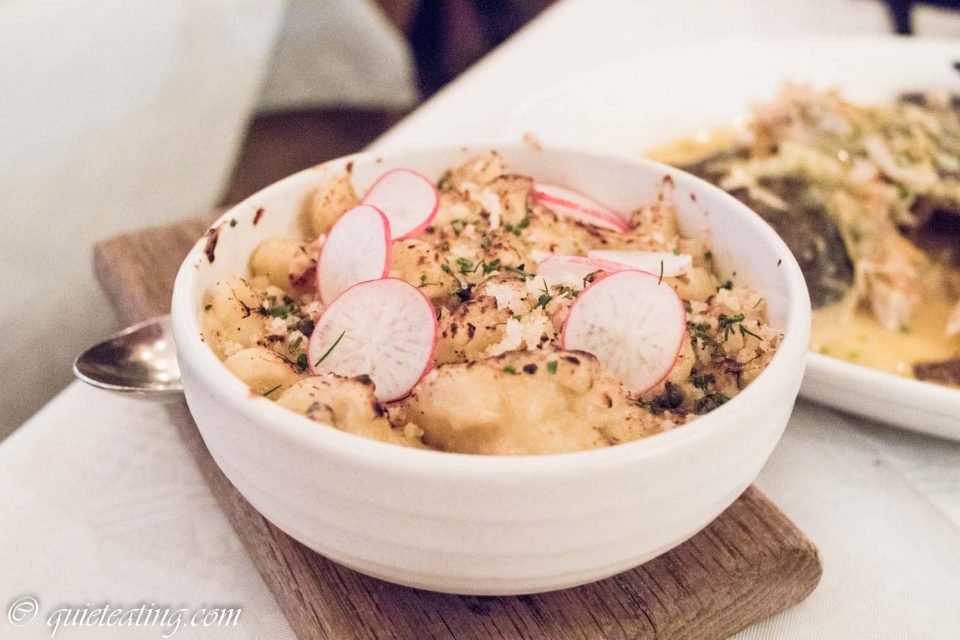 Mac and Cheese.  Cheese does make everything taste better, especially when topped off with breadcrumbs.  This was satisfying even if rather overpriced like the other dishes of the day.  At least it had some body.

While I usually let food be the talking point of a restaurant, extremes of service deserve a comment. I would like to mention that it particularly annoys me when you pay so much yet have to eat off paper tablecloths.  Although, if the alternative would be a bib, like some kids I know, an easily recyclable tablecloth isn’t that bad.  As a final gripe, although for some restaurants it may be a (metaphoric) challenge to get a table, in this case it was something more literal.  Now usually places that are hard to enter mean that they are (a) cheap (b) good or (c) both.  As I carefully sidled my way past the door, I reflected that sadly, in this case it was none of the above. 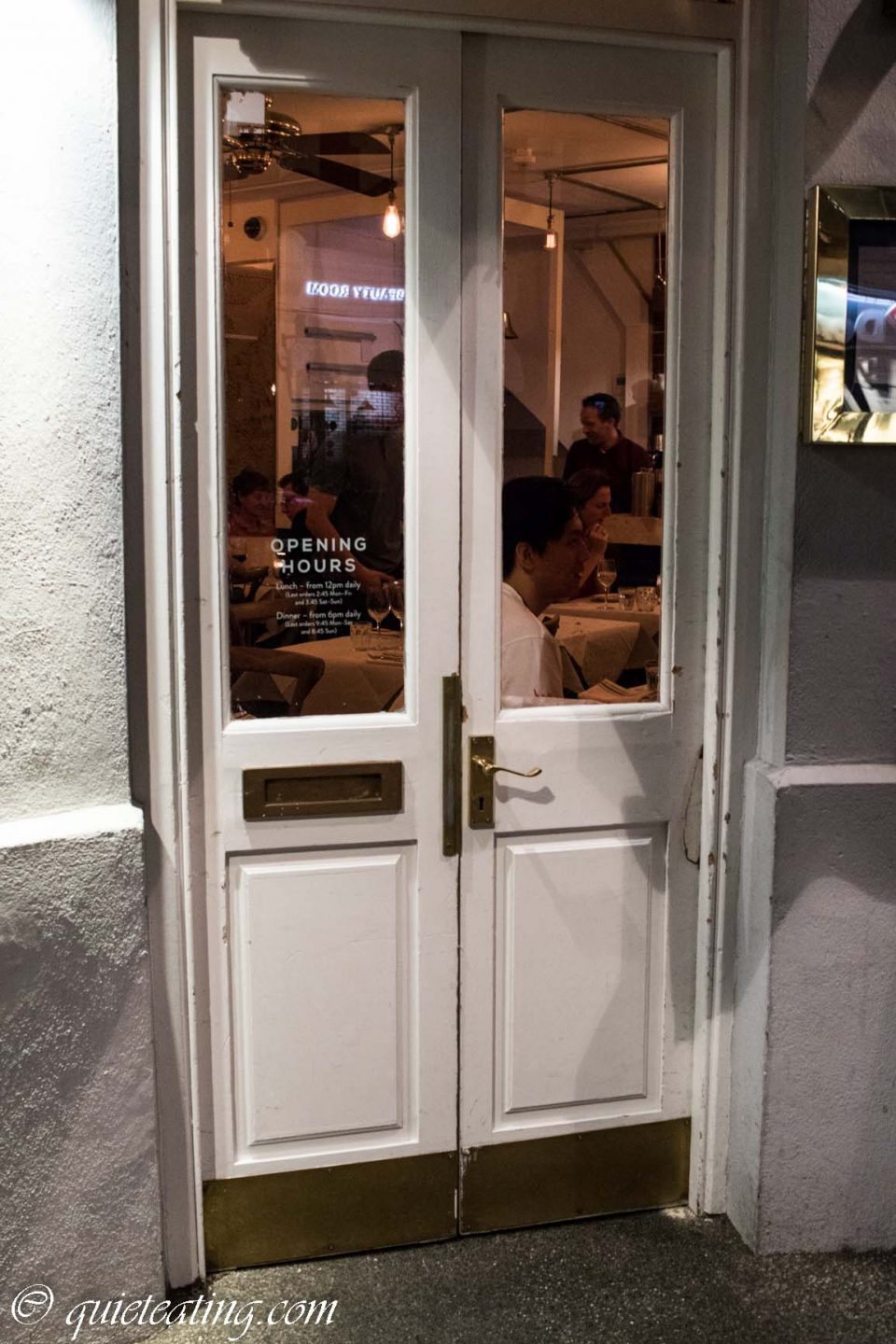 To help you with some imagination, here is the door.  Helpfully bolted on one side only but perhaps they might consider bolting both.  That might save other people anguish.