Like the time when you really really wanted that cookie but the man in front got the last one.

Or when you were dreaming of the cool, creaminess of ice cream on a hot day but it instead toppled to the ground before it reached your mouth.

Yet perhaps it was that time when, in a meatless induced stupor, you were dreaming about a juicy red piece of meat but as you sunk your jaws into a side of cow, you woke up.

Such thoughts lead me to Hawksmoor.  A reputably good steak restaurant in London.  Not to be confused with Angus Steakhouse or other nasty pretenders to the red throne. 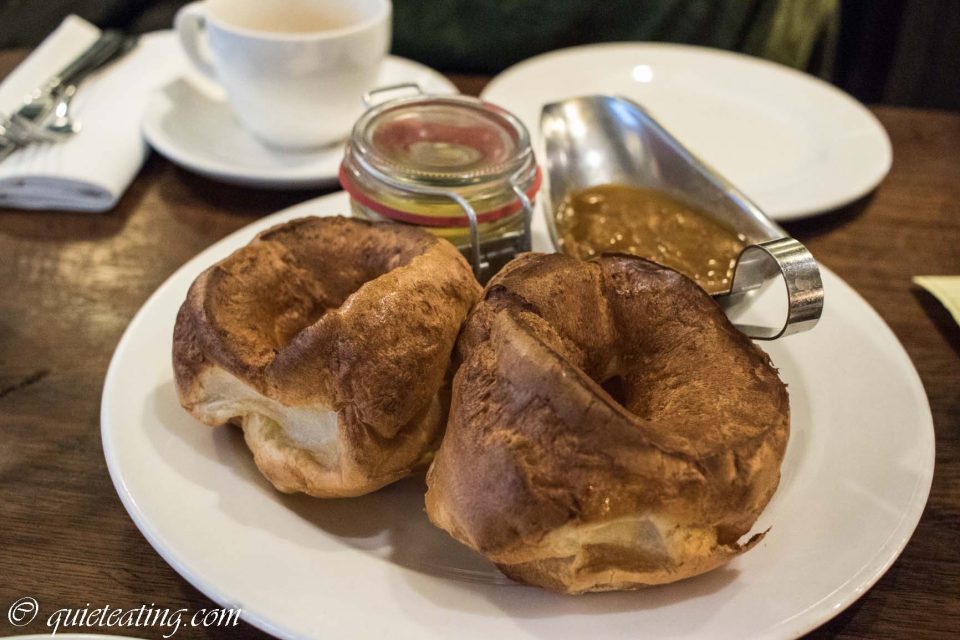 Potted beef with Yorkshires.  An interesting dish that I have not tried before.  Yorkshire puddings are huge puffed up balls of dough (similarities to politicians unintended) along with pate-like beef.  This was alright but nothing earth shattering. 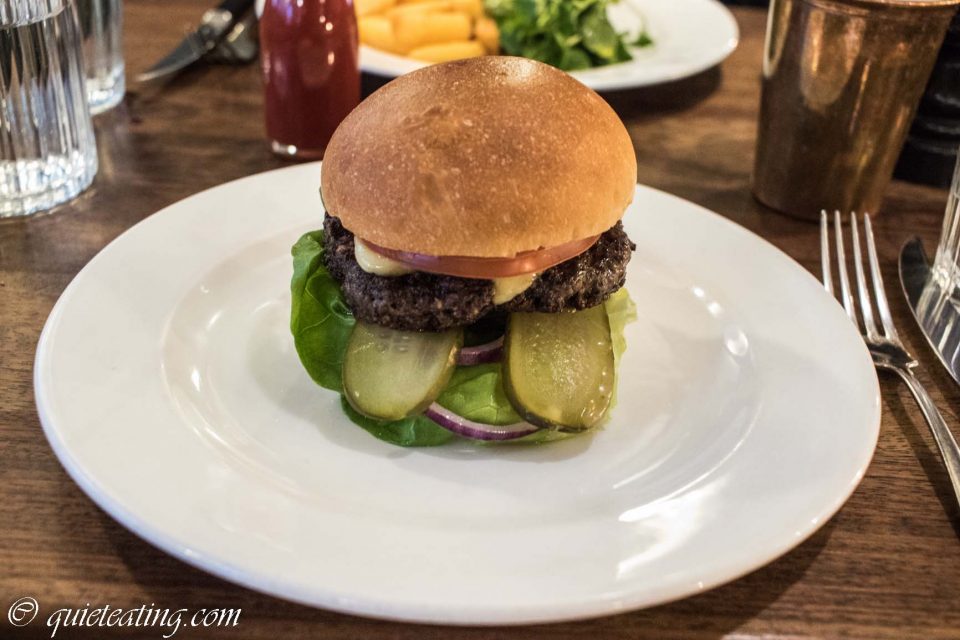 Hawksmoor hamburger.   Instead, this is where I had hopes that the magic would begin.  For years, I had heard about how the Hawksmoor hamburger was the bee’s knees, or perhaps I should say the cow’s leg.  Yet, that was in days before burgers became something more front and centre in the culinary world when Burger and Lobster, Patty and Bun and Bleecker Street Burgers were yet to arrive.  When this appeared on my plate, it was ok but sadly nothing to write home about.  Yet I shouldn’t really complain that much. 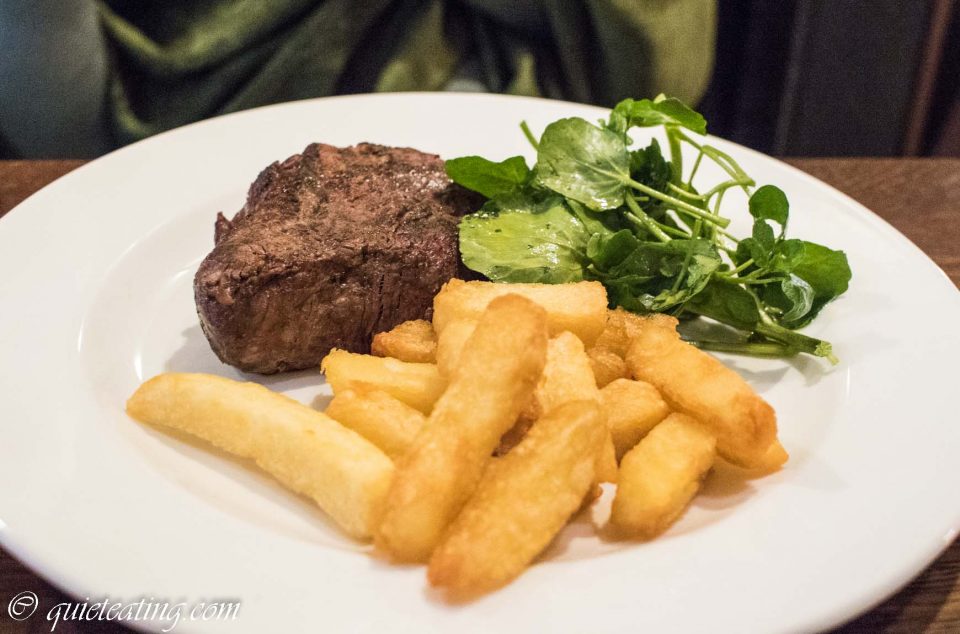 35 day aged rump with triple cooked chips.  As the steak was a let down.  It promised much visually, delivered rather less culinary wise.  The beef sadly seemed to lack the taste of, well, anything.  It almost seemed to encourage mindless chewing of the beef into an almost clod like consistency.  Didn’t seemed aged much in a pleasing way but rather aged in the way that I would describe expired foods at home.  On the bright side, the chips were good. 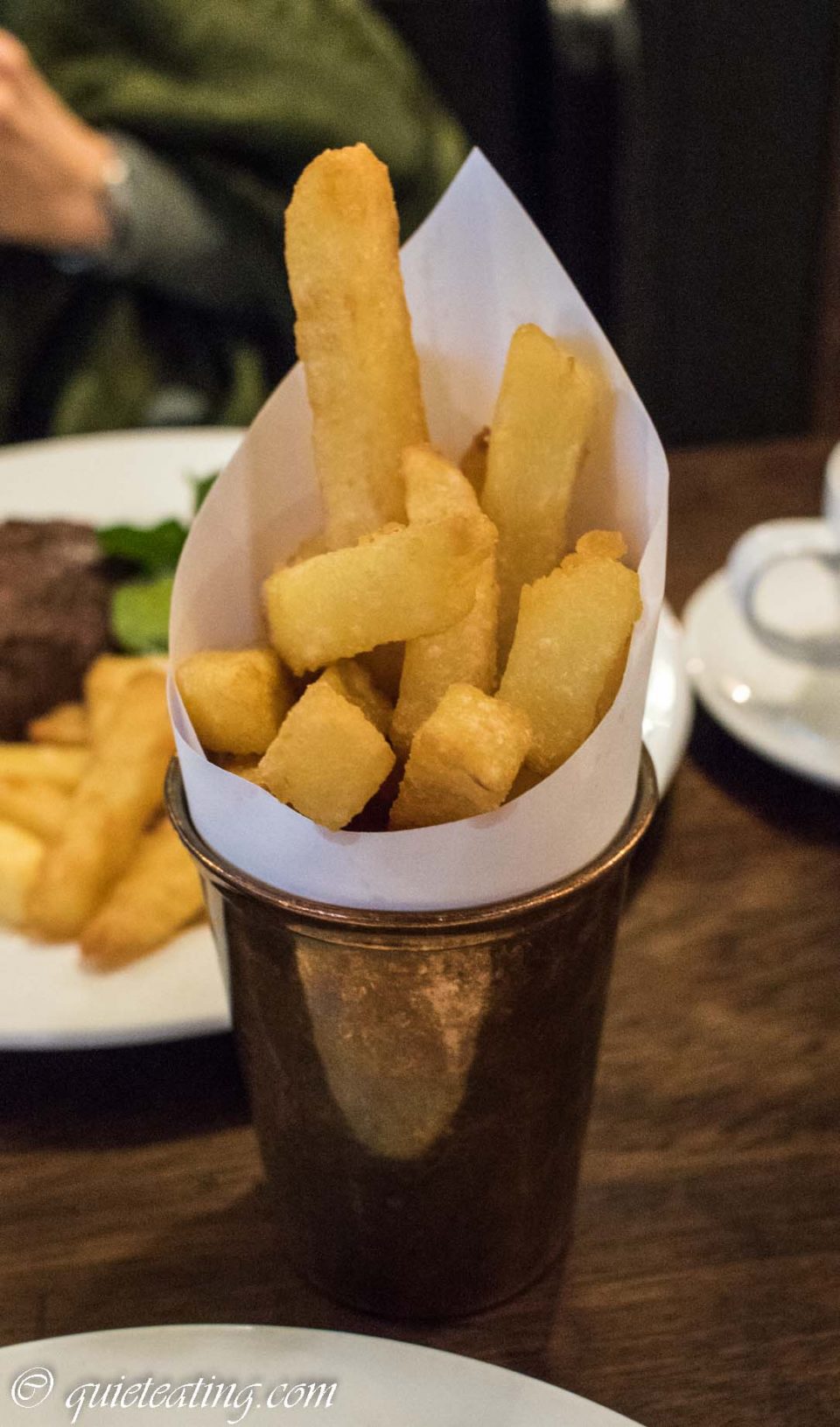 Triple cooked chips.  Few fried potatoes that I have known are as good as this.  The chips were crisp, relatively oil free, chunky and crispy on the outside, soft and yielding inside.  I could sit here all day and to paraphrase someone who is often in the news, have my chips and eat it.  Now that would be a great thing.

It always is a rude awakening when dreams and realities collide.  I often live in a fantasy world (which makes life much easier) but often am brought low.  Perhaps I should thank Hawksmoor for a not too rude awakening but rather a more (but unpleasant) awakening.  Kind of like when your dog wakes you up by licking your face.  So I guess life could be worse.  I could have woken up to find a pathological liar in power.

I was kindly invited back by Hawksmoor so they could show what they really were like.  This second visit was much better and shows that the first was probably an off day for the kitchen.  Revised score, a quiet eating 8/10.