I’m getting a bit tired of having to refer in full to a certain defining event in time in full.  My fingers are getting tired typing it out.  Readers are getting annoyed at reading the same words again and again.  Lack of precision annoys me.

In the same way that BC = before Christ, AD = in the year of our Lord.  I use AL = after lockdown (well, at least the most recent one).

In the world AL, it seems that restaurants are desperately trying to catch up to a year with extremely sporadic revenue.  Apart from ill conceived “Eat Out to Help Out” (otherwise known as “Eat Out to Spread Out”) policy, the shutters have been down for the majority of restaurants for the last 12 months except for some with takeout offerings.  So when the doors were thrown open, predictably things took off with a roar.

It was kind of difficult to get a booking anywhere but I persevered and got a spot at Gunpowder.  I had high hopes that in my first meal out for quite a while, I could be expecting fireworks. 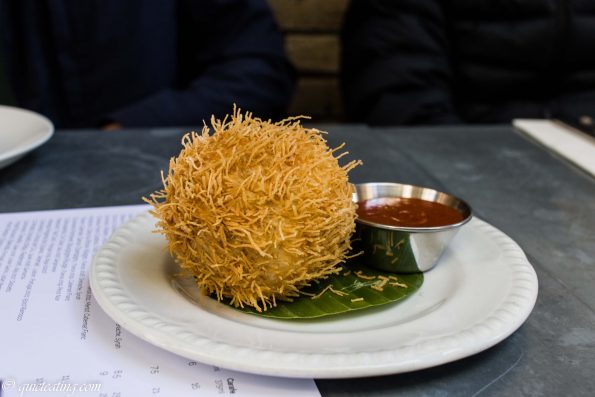 Spicy venison doughnut.  Looked kind of like a porcupine.  It a porcupine was made of dough, fried in boiling oil and packed with mincemeat.  Interesting with a savoury tomato based sauce, it was alright if a bit dear on the wallet. 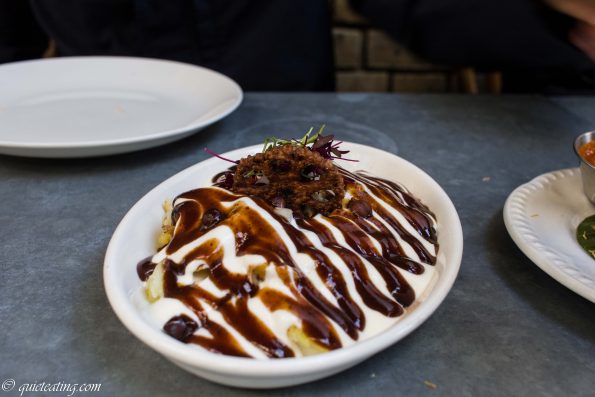 Gunpowder chaat, Norfolk potatoes.  Even though I am not particularly knowledgeable on chaat, this instead seemed to be rather smothered in diary and was a bit too cloying.  Could have been better for a less picky eater than me. 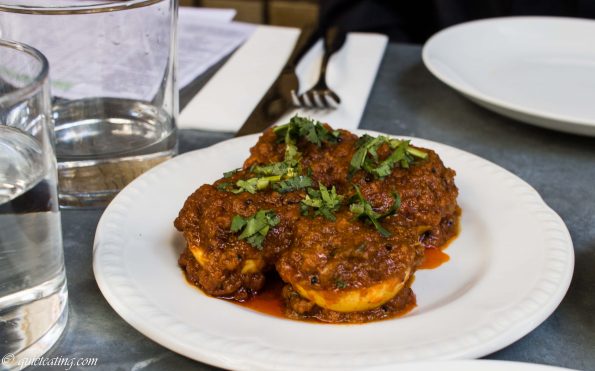 Egg curry masala.  These were not bad with the egg nicely topped with a slightly spicy curry.  Sadly, not bad was about as complimentary I could be with this as it definitely did not set my mouth on fire with spice, surprise or flavour. 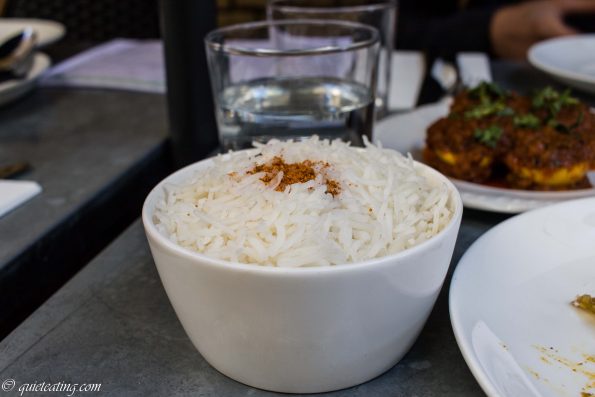 Steamed rice.  Rather boring, nothing to really note here except it was cooked. 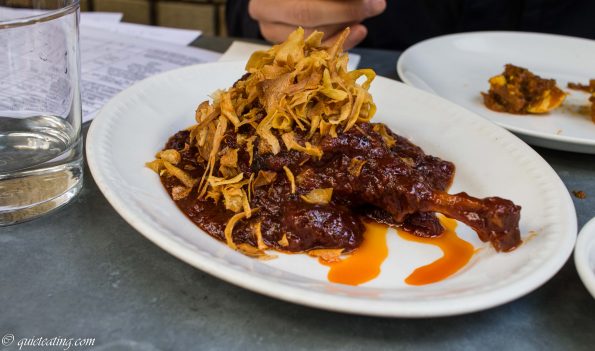 Whole duck leg with andhra sambal & parsnips.  Alright even if the duck must have been on the small side.  The parsnips were a nice touch adding crunch and an early flavour to the heavy sambal flavour.  So this was not bad, even if a little heavy handed on the sauce. 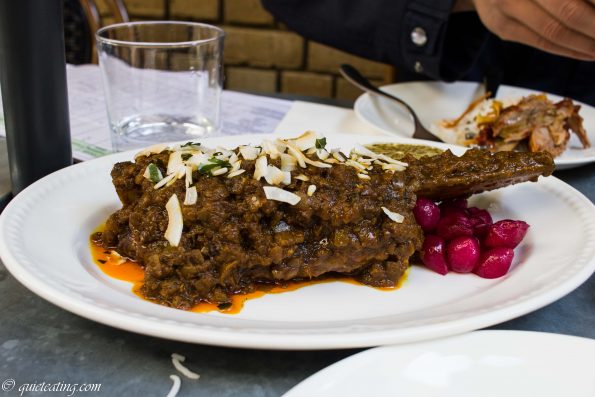 Whole beef rib in Kerala pepper sauce.  Lots of sauce, not so much beef.  In the mass of heavily spiced meat, it was a bit difficult to identify the particular theme to the dish as it seemed like a discordant car crash. 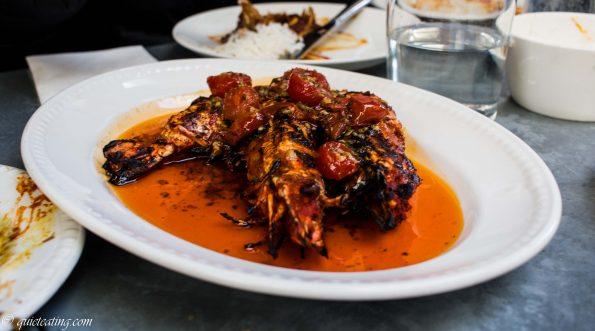 Lasooni wild Madagascar prawns.  Each of these singular prawns cost more than mains I have known in other restaurants.  Although they could have been great, given their size, they were sadly a bit too zealously cooked becoming rather rubbery and drowned in tangy, oily sauce. 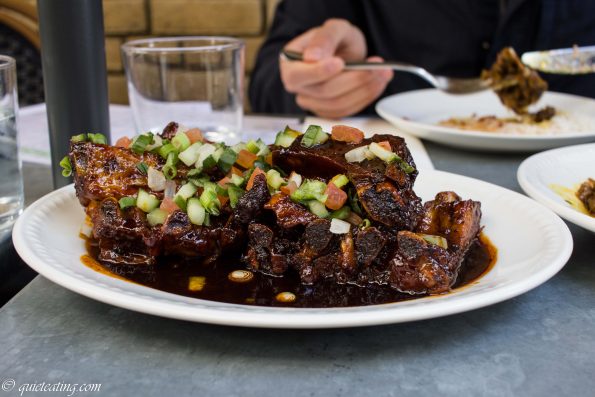 Pork ribs, taramind kachumbar.  This was probably the best dish of the day.  Nicely cooked ribs even if they didn’t have much flavour in themselves.  I had to rely on the sauce instead.  Suspicious person that I am, I wondered if these had been boiled first and then the sauce added towards the end.  The taste was a bit too light for my liking.

I came expecting a big bang with some fireworks on display.  Instead, I got a less impressive whimper.  I know that now that things are relaxing, it seems that to use a phrase which I find particularly annoying, people have “pent up demand”.  Flush with money, it doesn’t mean that restaurants can let their standards slip.  As otherwise there are plenty of other things I can see might be “pent up”.

The above was about £45 per person excluding drinks and service.