You can roll your eyes.  As the visit to this restaurant was another (perhaps misguided) attempt to find good fried chicken.  I have been failed by places so far, which makes me think on occasion if this venture is doomed to failure.  It sometimes feels like the chicken in the sky is laughing at my desperation.  So in my struggle to find something which tasted of something, I thought that perhaps it would be worth departing the grubby corners of this city for somewhere, as estate agents like to say, established.

This is how I ended up in a rather futuristic environment, King’s Cross.  Gateway to the continent in these days in which Britain is trying to break away (don’t get me started on that, it can become a rather tortuous, lengthy and painful affair), it seemed to have a rather large assortment of modern, sparkly and open eateries.  I assume, better to show off Britain at its best to a visitor from the continent.  How it has changed as I remember when I first got to London over a decade ago, this area was a place you wouldn’t choose to visit if you had a choice.  It was a place of necessary evil if you had to take a train.  Yet times change and things (especially me) get older.  Things (not like me) also improve. 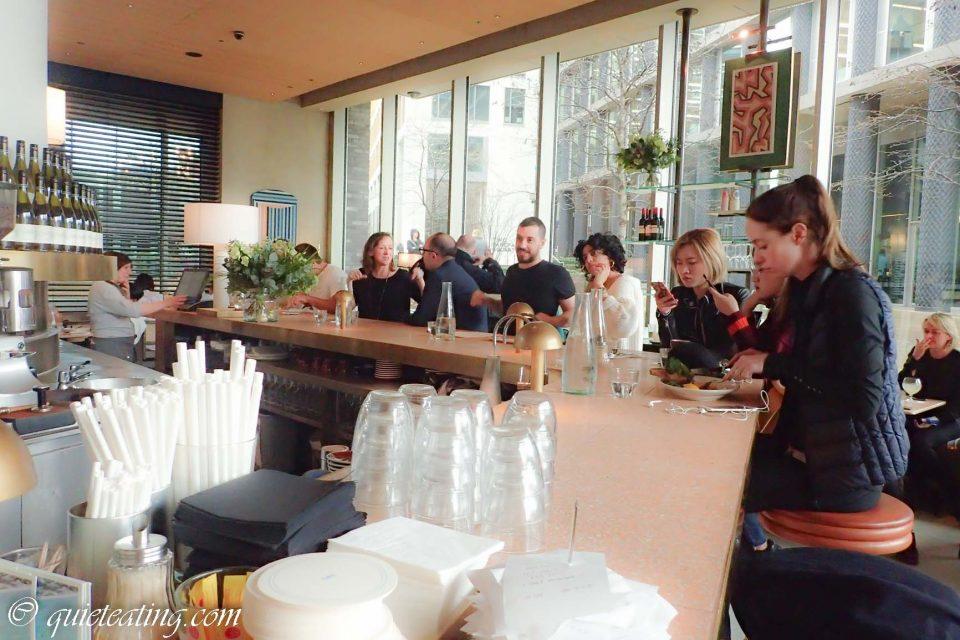 This is Granger and Co.  Nice and new.  It was heaving as even though it was the middle of the week, I couldn’t get a normal seat.  Instead, I was ushered to the bar.  Although I console myself that at least it was a very pretty bar. 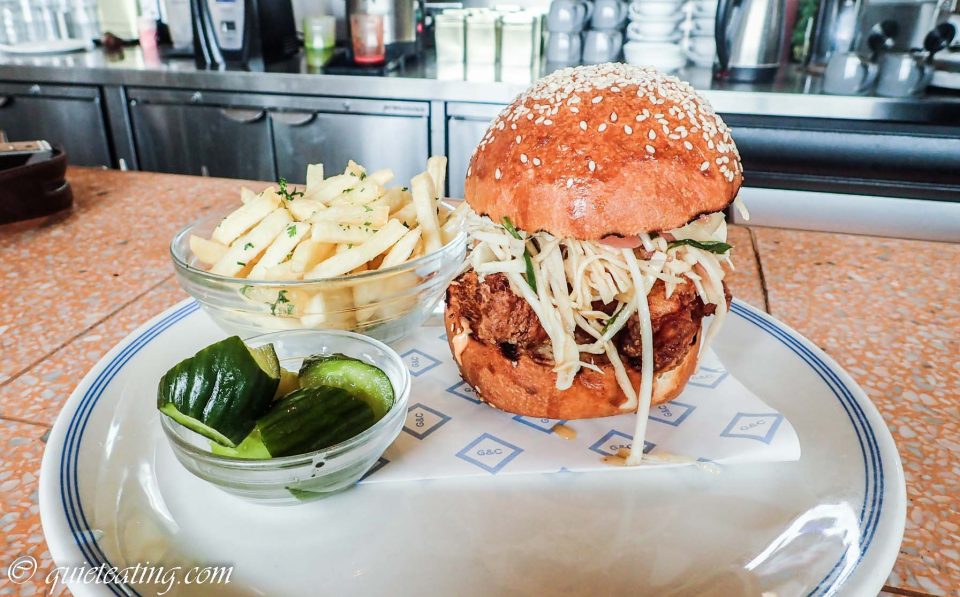 Crispy chicken sandwich with red eye mayo, cabbage tamari slaw, pickled cucumber and french fries.  The cucumber was a bit weird as this was the first time that I had received so much with a sandwich.  Sadly it was rather bland.  The fries were just average, nothing special, although they did have a nice green touch on account of the herbs sprinkled on top.  It sure looked pretty but tasted just average.  However, there was a surprise waiting for me in the chicken sandwich.  On my first bite, this is where it felt like the sun had suddenly come out from behind the clouds.  Succulent, flavourful and crispy, this was the fried chicken that I had spent weeks in vain looking for.  Finally it seemed that I had struck gold.  Combined with a dash of mayo, delightful vegetables and crisp bun, this alone made the trip to King’s Cross worth it.

I’m sure that many people are laughing at me on account of the unusual place that I discovered chicken nirvana.  I found my “perfect fried chicken” not in a dirty fryer in the outskirts of town, the trendy outposts in Shoreditch or perhaps the chippie around the corner but instead at a place better known for food more likely to appeal to the yoga crowd.  Figures.  Perhaps if I am looking for perfect ramen, I should go the Lake District.