Continuing on my hunt for perfect fried chicken (that’s the general noun, not the name of the chippie around the corner), I visited Chick n Sours.  Many people said that this is where I was most likely to find chicken nirvana.  Now, I usually approach people’s recommendations with caution but in this case, it was from someone’s taste I particularly trust.  That made the event even more painful.  As I have said in previous posts, if you set your expectations at nothing, you won’t be disappointed. If you set your hopes rather high, bad things can happen when your dreams are unfulfilled. 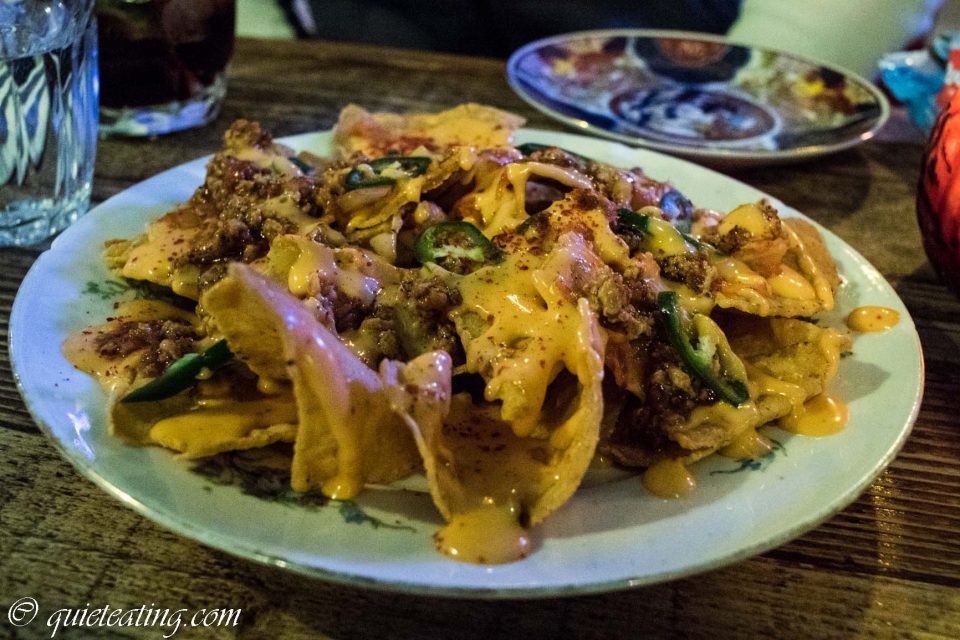 Mexi-nese nachos.  Cheng-du chicken N bacon, green chilli and kimchi cheese.  Weird name aside (what is Mexi-nese??? I know that hangry is now part of the Oxford English dictionary but I think that squashing together cultures like this is a bit much), this was actually quite good.  The combination of everything played wonders on my tongue.  Crispy nachos, gooey cheese, meaty chicken/bacon and fiery chilli combined to be much greater than the sum of their parts. 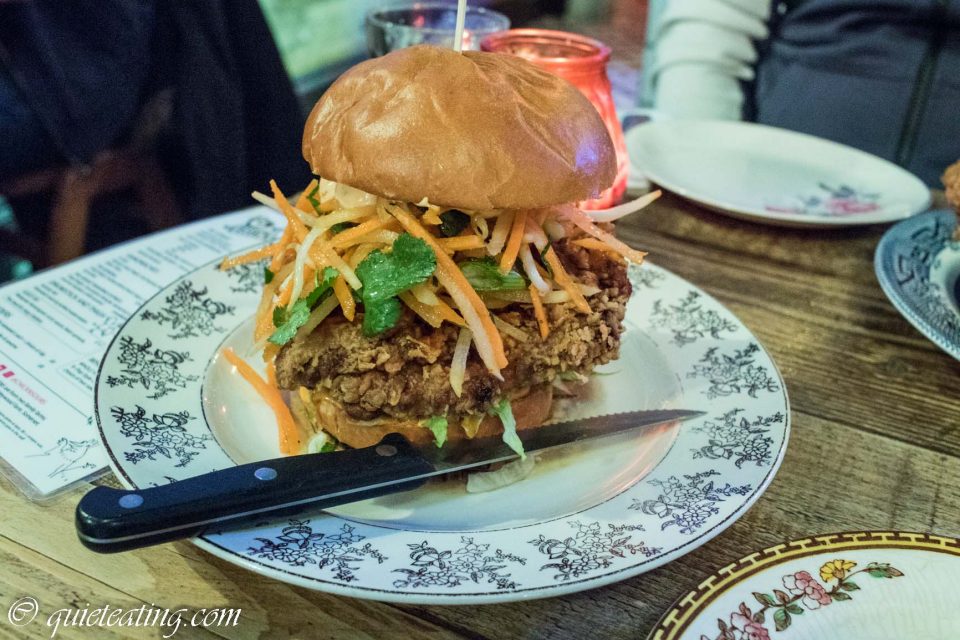 K-pop, Korean Fried Thigh, Gochujang Mayo, Chilli Vinegar and Asian ‘Slaw.  This was ok, although the special Korean flavour seemed to be lacking.  Instead, it just tasted like generic fried chicken.  Even if there was something called Asian ‘Slaw on top (some carrots with daikon, radish or something?) mixed with a kind of watery sauce, it failed to deliver something great.  Although, as I was soon to find out, it was still better than their signature fried chicken. 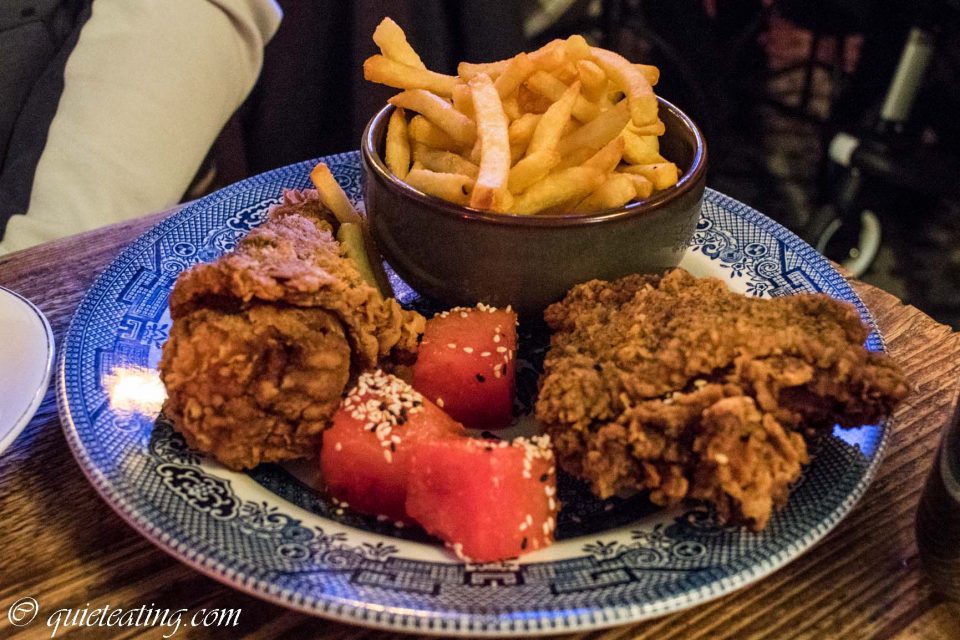 House fry, seaweed crack, pickled watermelon and fries on the side.  The house fry, was a house fry.  Unhelpful as that description is, it tasted like it had been a bit too long in the deep fat fryer.  Kind of charred out all the taste.  The batter was crisp, perhaps too crisp.  Unfortunately the chicken was rather ordinary, it just lacked any real taste. It was not necessarily bad but not worth going out of your way for.  The fries were rather sad, they tasted like that they had been collected from a nearby McDonalds.  Which leads me neatly on to my next comment.  If I was asked if I would go there again, my answer would be ‘should have gone to KFC’.

Lunch (all of the above for 2) was GBP 16 per person excluding drinks and service.