Sometimes there seems to be something charming about naming a restaurant after yourself.  If you are even more famous, perhaps you can have a street or outside location bearing your name.  Like Nelson’s column or Baker Street.  However, perhaps it might be best to start small first.  As the successful Roti King shows, Sugen Gopal knows how to cook and cook well.  It remained to be seen if he could generalise it further. 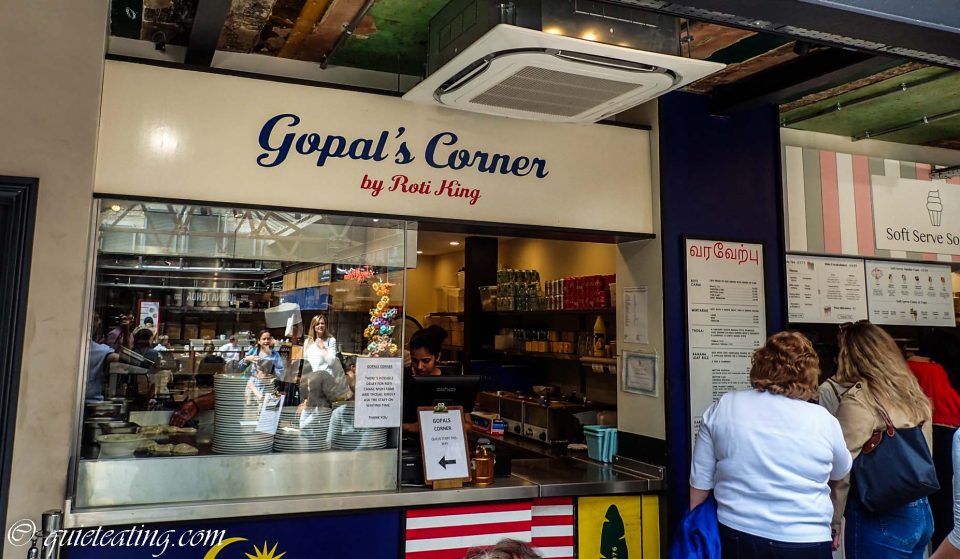 It seems that some of the best touches of the Far East are spreading to London.  As it seems that food halls are building in popularity.  There are the ones at Elephant and Castle, London Bridge and Piccadilly.  Now there is one at Victoria too!  I would jump for joy if the world wouldn’t tremble so much.  Got to watch what I’m eating sometimes… 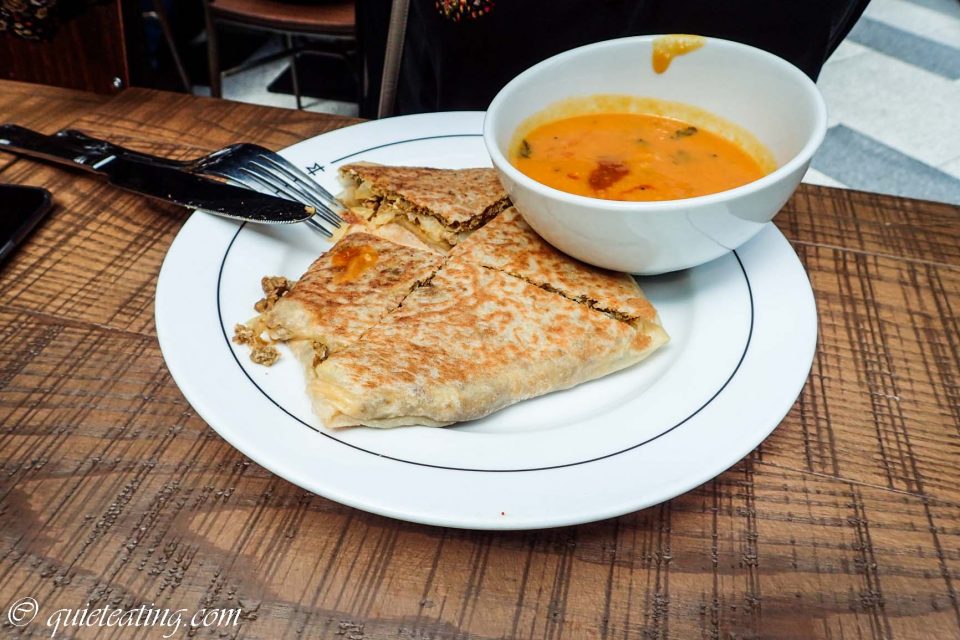 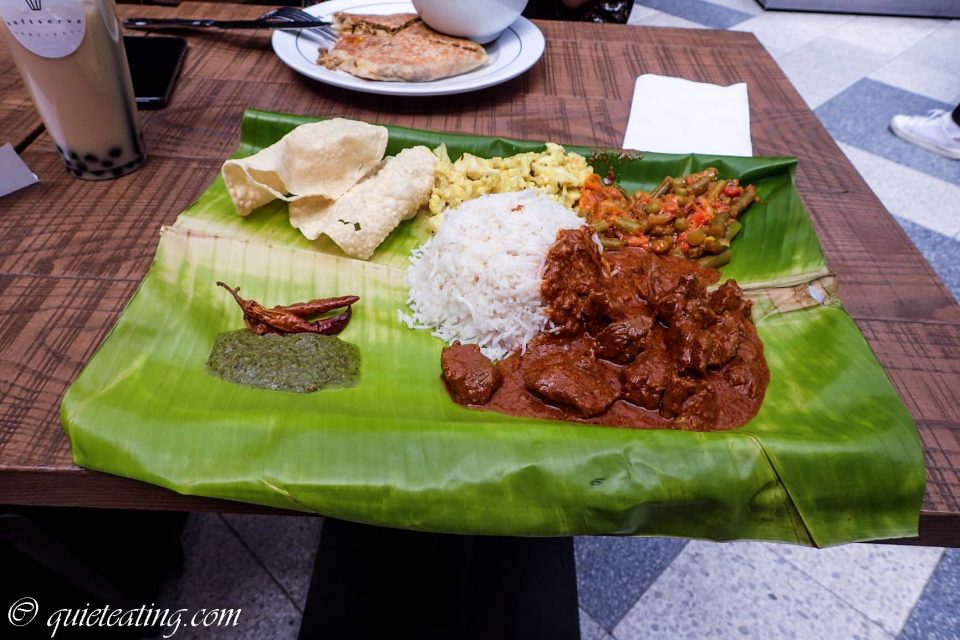 Banana leaf mutton varuval, rice with cauliflower, beans, poppadoms and sambhar.  The banana leaf was a nice touch, although I do wonder where they get this.  The mutton was decent although the curry suffered the same problem as the beans and cauliflower.  They just didn’t seem to have that much taste.  It could have been so much more.

Although I really shouldn’t complain with more and more Malaysian food being offered to the masses, a picky eater like me can find fault in almost everything.  If you don’t believe me, ask my friends.  On this occasion though, my fellow diners agreed with me.  There just seemed to be something missing at Gopal’s Corner.  I spent some time trying to figure out what was amiss.  After a few minutes, I think I have managed to figure it all out.  In hindsight, perhaps I should have seen the signs, if you are eating fast food, you should be prepared for the worst.  Sometimes speed comes with a cost.  It could be the shirt that you didn’t really iron that well, the stray hair still sticking up or perhaps worse of all, the fly undone.  Yet, for food, perhaps the danger is that if you do things too fast, you might forget the flavour.