How much suffering are you willing to put up with to make your tummy happy?

I am referring here to enduring hot exhaust, smells, cramped waiting areas and rather confined seating.

I’m not a large man but even so, I need a little bit of space.  This is something that I find an issue on the morning commute.  I do not understand why in London, where people do not pack to the same extent as Tokyo (they don’t hire professional packers to push people in London), people can be so unaware of how irritating they can be.  Or perhaps they just don’t care about how much they annoy others.

This week, as I was standing in a corner trying to mind my business, someone’s large bag kept on hitting me.  I mentioned that he might want to watch it.  When he ignored me, I then proceeded to forcibly move it.  He then gave me a dirty look.  I returned it with added power, and generous person that I am, this added element was free too.  He moved away after that.

As you can tell, lack of personal space tends to annoy me.  Especially when my neighbour continues to smack me with him arm.  The first few times I can ignore this but as it continued to go on, my creative juices began to flow.  I started fantasising of unpleasant things happening to that person, like food upended on their head.  However, with my iron self control, I restrained myself.  So the world goes on spinning.

And you get to laugh at my proclivity to complain. 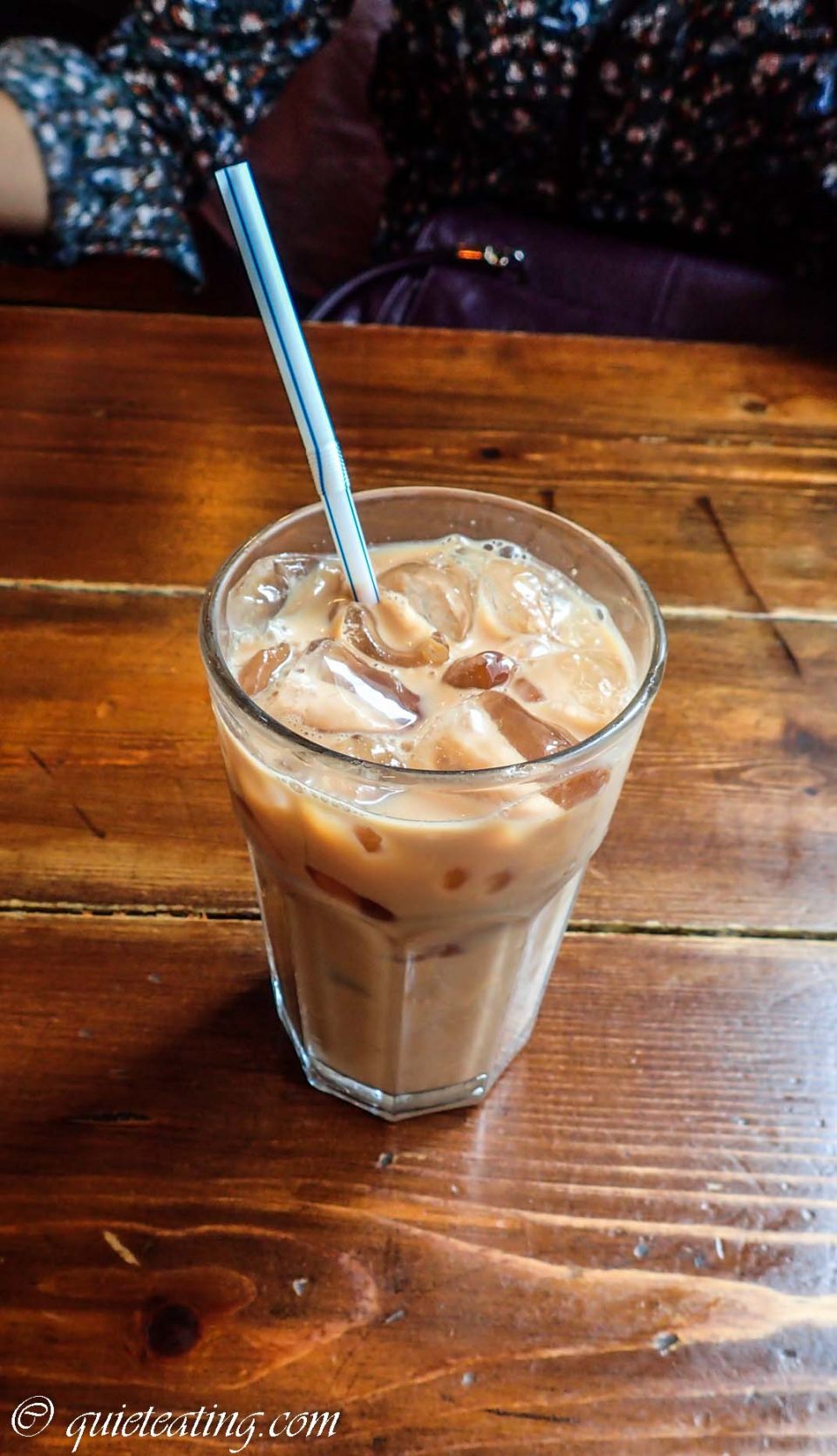 Teh tarik.  This was obviously just powder mixed into water.  Where were the bubbles and foam that I was expecting?  Teh tarik is supposed to be created through particularly dexterous use of two large tea pots as the drink is cooled and mixed through metre long voyages through the open air.  This was not it. 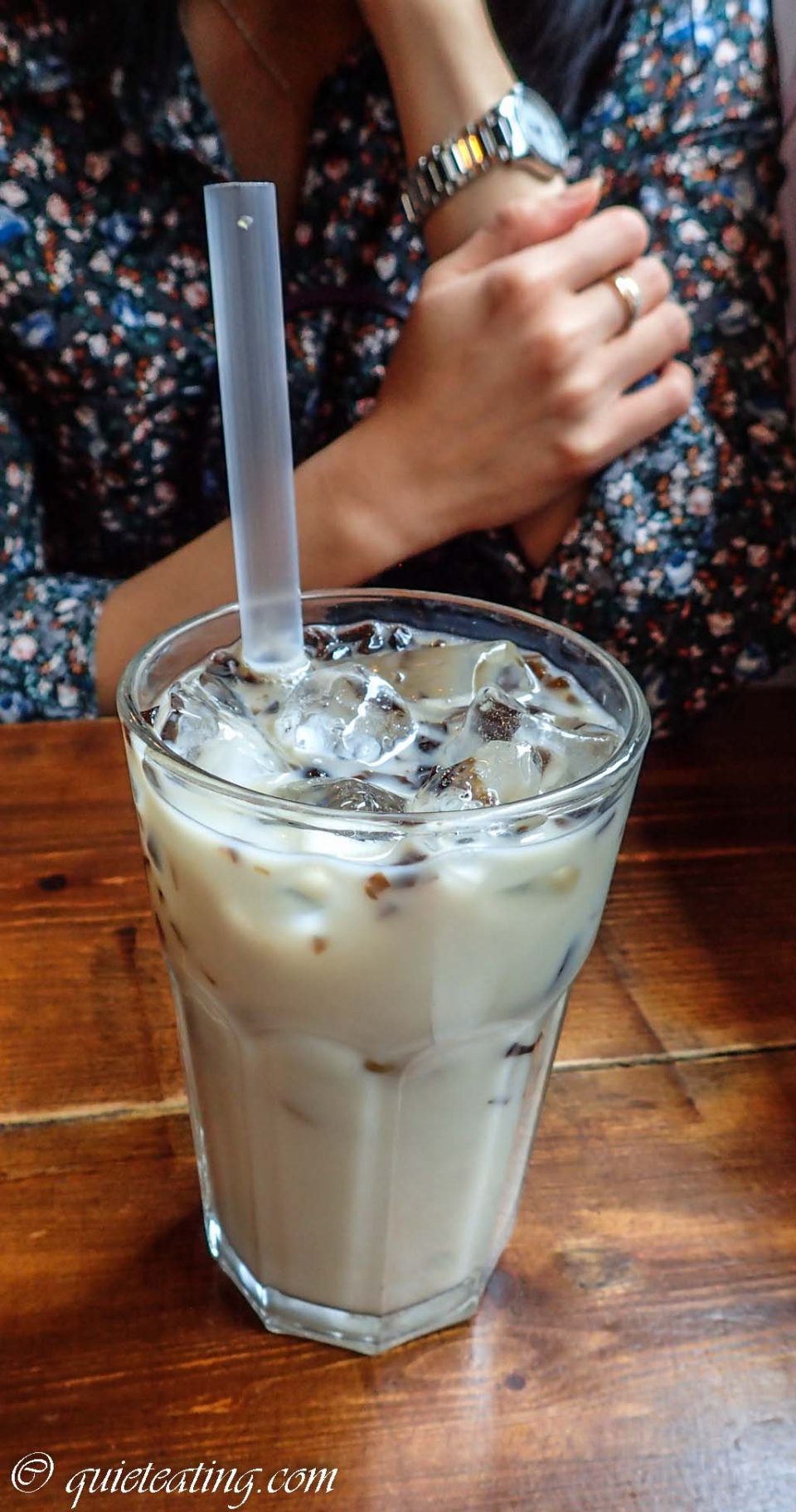 Soya milk with black glass jelly.  I am reliable informed that in Malaysia, this is called Michael Jackson.  I can guess why but will avoid the intricate details here.  It was decent but then again, nothing really that special. 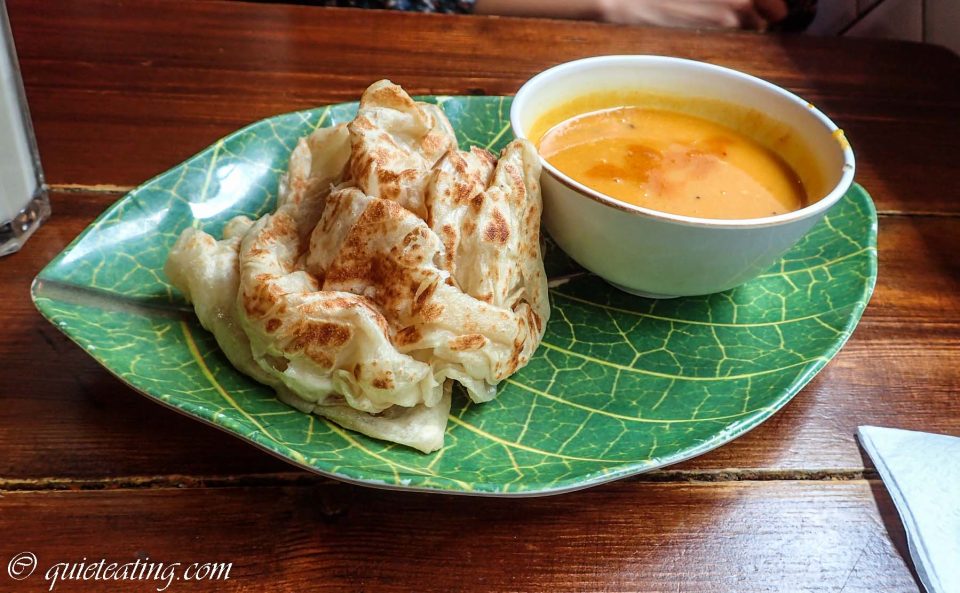 Roti canai with curry dhal.  This was actually rather good.  I would even go as far as to say that this was the best roti that I have had in London.  It was airy,  bouncy and firm.  As an additional plus, it was made right in front of you so you could see the swirling and kneading while your mouth watered in anticipation.  Or perhaps it was only me who suffered from more moisture than usual. 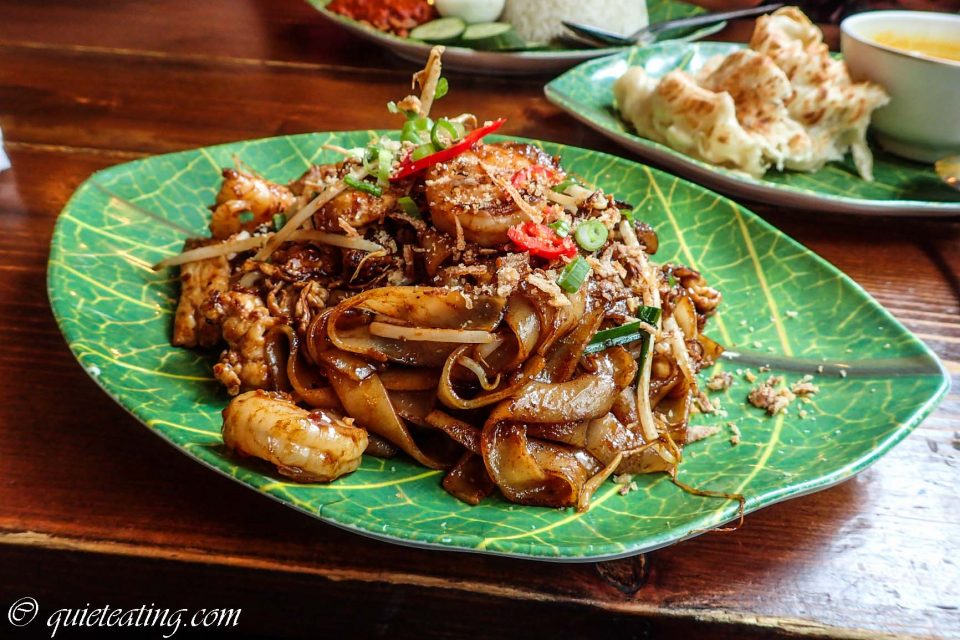 Char Kuey Teow.  Stir fried rice noodles with eggs, prawn and chicken.  One of the better kuey teows I have had.  The noddles were springy and moist.  The nuts, chilli and beansprouts a delightful mixture of savoury, clean and deep flavour.  The prawns, so delicate they almost seemed alive.  A delight. 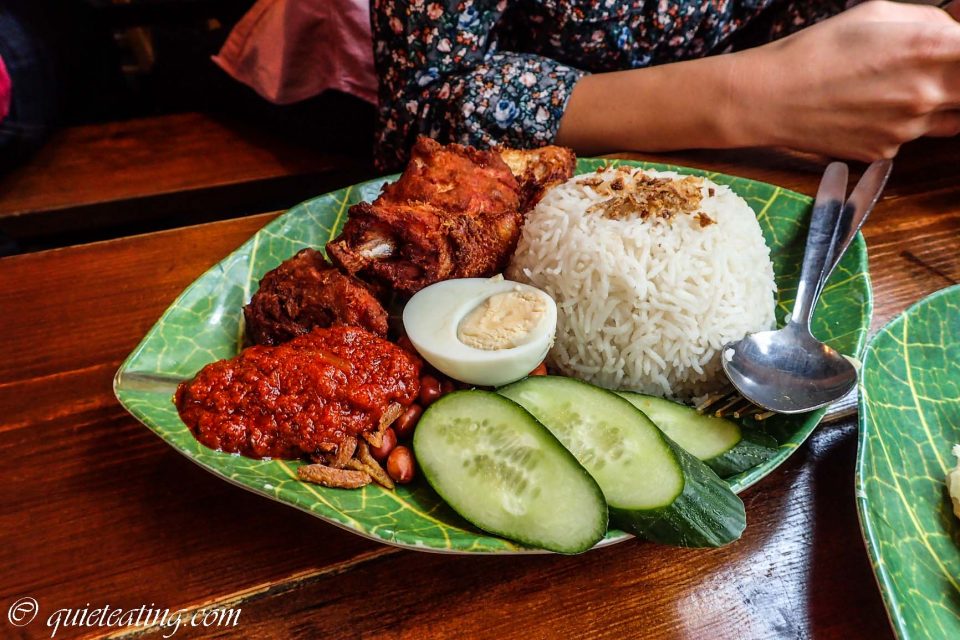 Nasi lemak ayam goreng berempah.  Steamed coconut rice served with fried anchovies, peanuts, cucumbers, chilli, egg and spiced fried chicken.  Good, although the rice could have done with a bit more moisture as it was rather dry and only had a hint of coconut.  The chicken portion was a bit meagre and the egg a bit parched.  Yet, it was the combination which lifted it up, delicate coconut, deep chilli taste, crunchy nuts and fish, all topped off with prawn paste fried chicken.  Even as I write this, I feel a tingling feeling when thinking about all that I wolfed down, in this basement restaurant just off from Euston station.

I know that people go on and on about how authentic the food that they are eating.  The cheap bendy metal cutlery, the cheek by jowl seating, the thin tissue napkins, the lack of attention to presentation.  All these things brought me back to eating food at the side of a busy road in Kuala Lumpur. If they want that, they should come to Roti King.  It doesn’t get any more true to form and they have even re-created the other diners focusing single mindedly on the food and not on affording others their personal space.  Sometimes a bit of unpleasantness adds to authenticity and makes things taste just that little bit better.