As the warehouses and railway arches are slowly filling up with more than dusts and cobwebs, I think we may soon run out of them.  I wonder if such an environment is particularly conducive to good things as I can think of quite a few shops that mix such unusual surroundings with great products.  Or perhaps it is the ambience which makes things seem better than they are.  In places which were once dumping grounds for rubbish or refuges (or toilets) for the drunk, sometimes great things can appear. 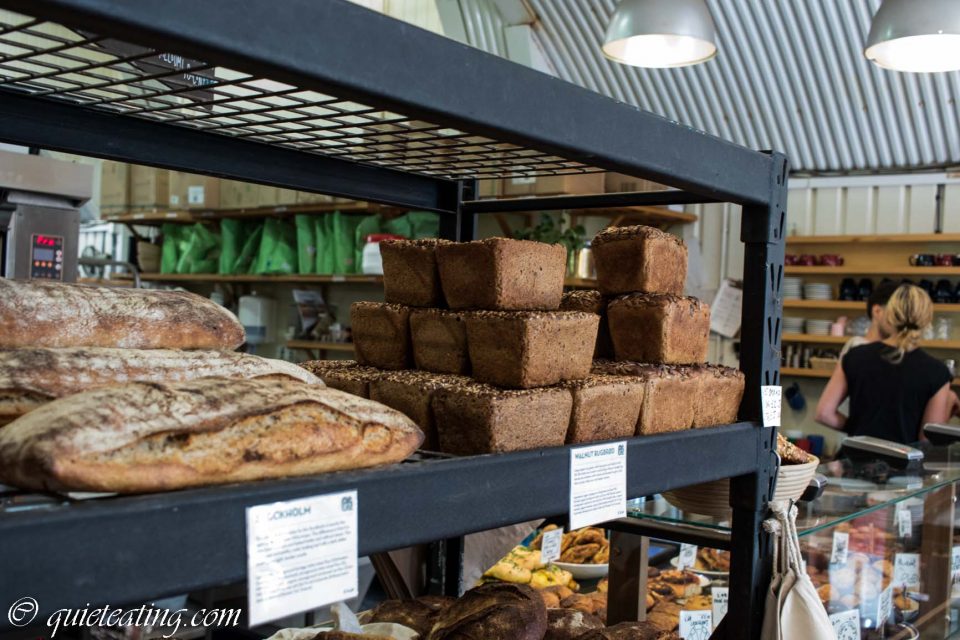 In a railway arch near Dalston, sits the E5 Bakehouse.  When arriving, at the front, lies tantalising loaves of bread. 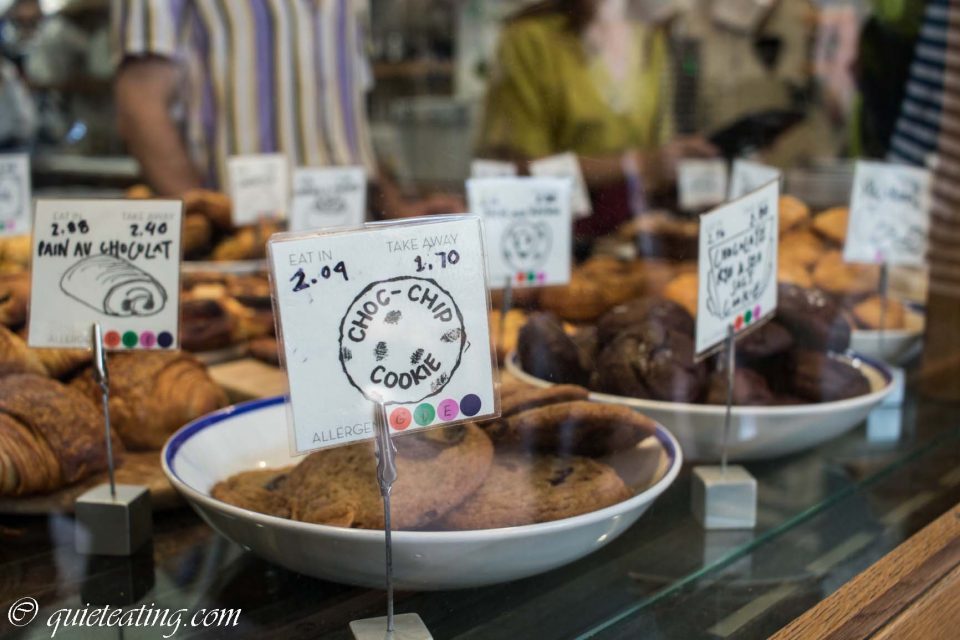 At the counter, other things are on display, if those would tickle your fancy instead. Yet let’s not forget the coffee, a fast becoming staple of more industrial surroundings.  Perhaps the age old dust adds a little extra taste. 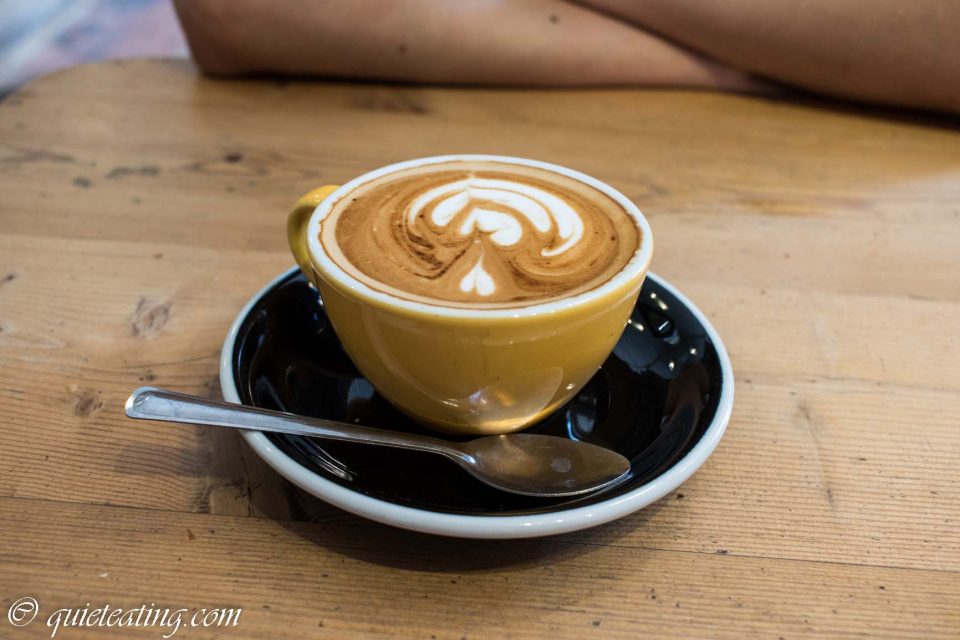 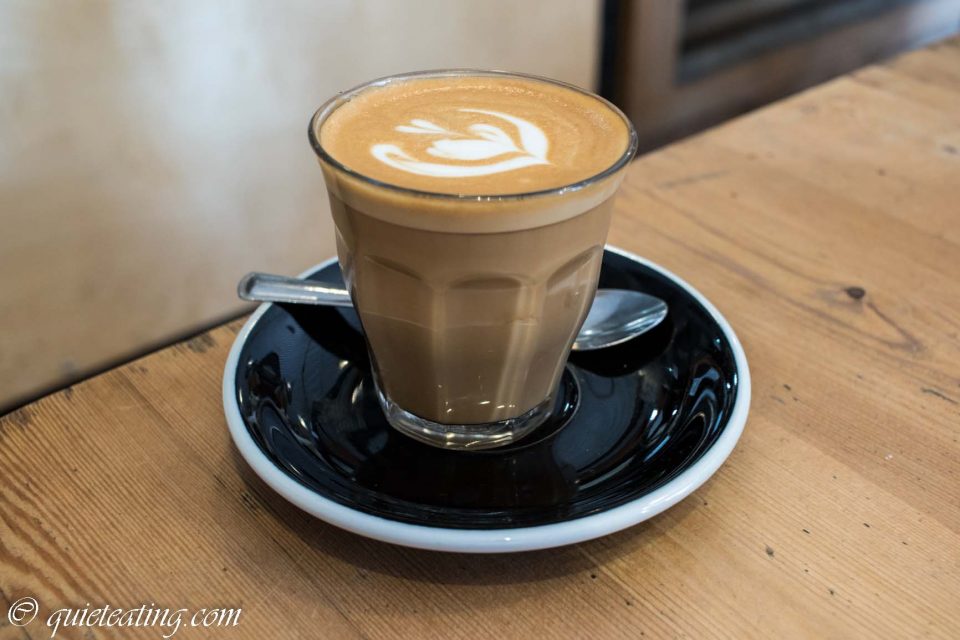 Latte.  Both coffees were good.  Deep coffee flavour, with just enough milk.  Although they were to be overshadowed by what came next. 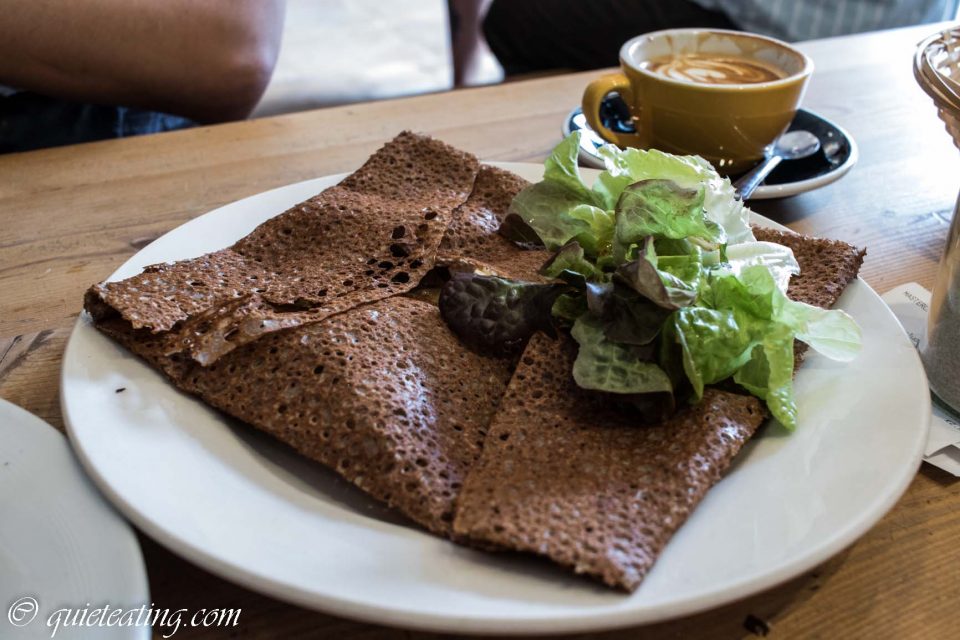 Galettes, buckwheat pancake with ham, cheese and onion.  This was great.  With a more earthy taste than other pancakes I have had, with delicious cheese and meat centre, all served in a crispy shell, I don’t think I’ve had a better galette before.  Then again, I have nothing to compare it against.  Yet in comparison to other pancakes I have had, this was up there with the best. 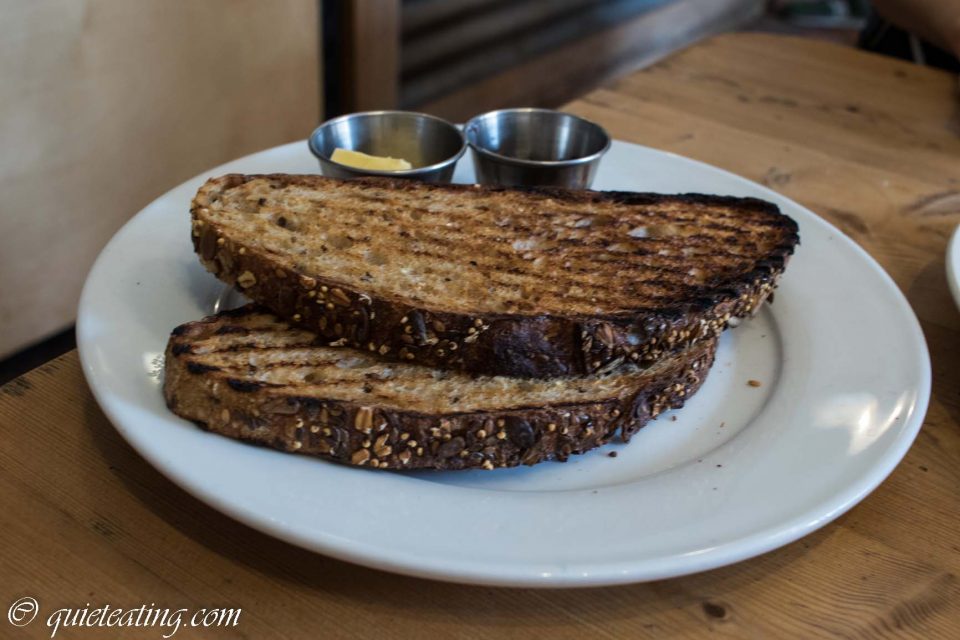 Bread with jam and butter.  What we had come all this way for.  Delightful bounce inside, crisp exterior, this was moreish bread.  With the loaves sitting temptingly just behind me, I am reminded of times when the chocolate ball almost seems to call my name. 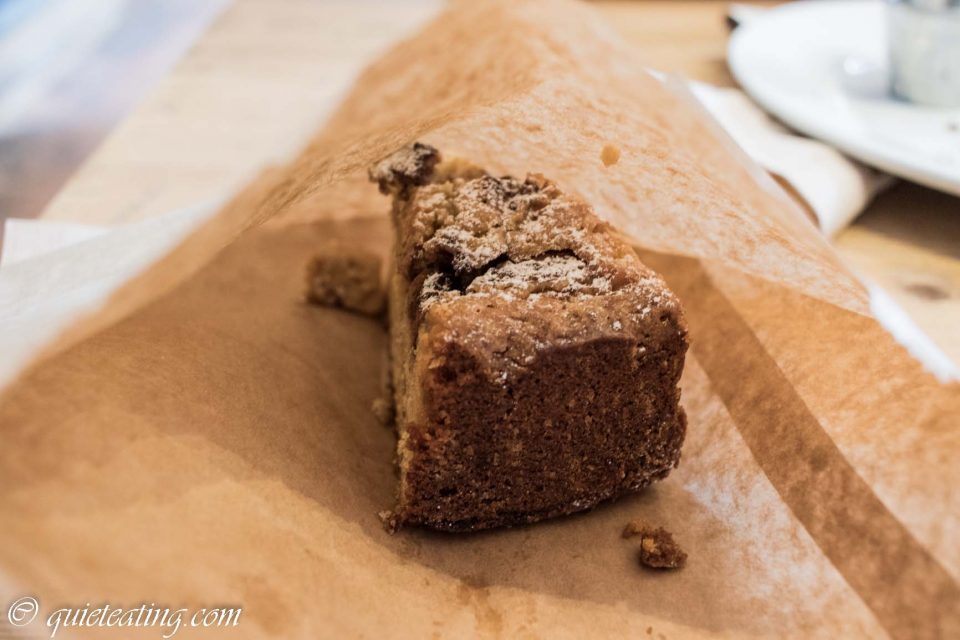 Apple cake.  Forgive me for the photo as this was packed up in a take away bag.  Let me explain.  On my way to the door, I was assaulted by an alluring fragrance.  The sweet smell of fruits.  Knowing that such natural smells herald healthy foods, I had to turn back to see what it was as I am constantly being badgered to watch my health.  Good thing I did as this was the best apple cake that I have ever had the pleasure of eating.  Crunchy top, soft inside, deep apple flavour with just enough sugar not to overpower things, this was apple in balance.

Sometimes a glance back reveals something that you shouldn’t miss or an adventurous heart brings unexpected dividends.  Some things are worth sitting under a railway arch for.  Perhaps next time I visit and as the rumble of the trains go by, maybe inspiration might drop from the sky.  In this case, not an apple leading to the discovery of gravity, but an apple cake sign posting to a dangerous place.  As it might make me twice the man I am.

Lunch (main and coffee) was GBP12 excluding drinks and service.