So we thought that it would be nice to try something local.  We had passed this little Italian restaurant set in the peaceful little suburbia of Wapping numerous times.  I could have tried to weave a tale of the many trials we had to endure to find this restaurant but to be honest it was very easy to locate.  Which probably goes some way to explaining why it was very, very crowded by the end of our lunch.

It has a very interesting feel inside and really feels like the warehouse conversion that it was.  Including the little steel posts which the waiters had to turn sideways to swing past constantly.  I guess that’s one way to keep the staff on their toes. 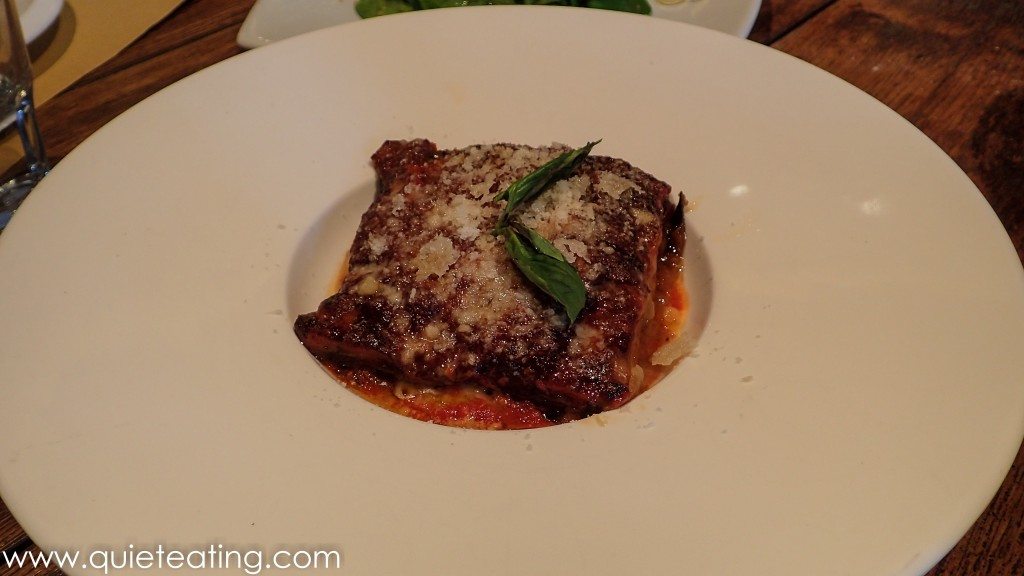 Aubergine parmigiana.  Now, I’m no expert on Italian food (although I do pretend to have some ability in relation to Japanese cuisine) but this dish was a surprise to me.  The meaty eggplant was layered in a rich tomato sauce which meant that even though it was a vegetarian dish, I felt like it filled me up with meat.  Definitely something to have again. 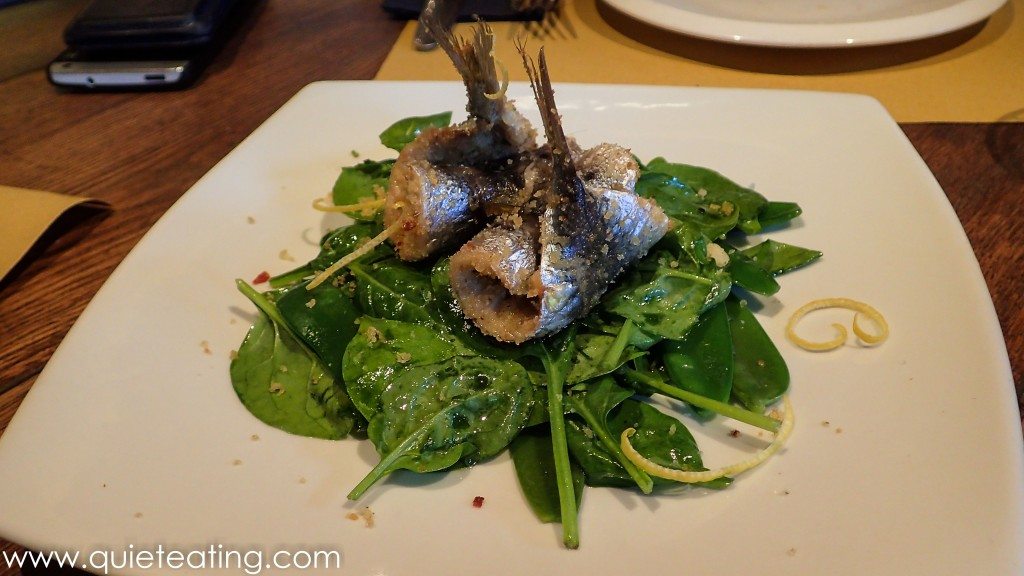 Sardines in breadcrumbs, lemon zest and sultanas, baby spinach, mangetout salad.  I have never had sardines like this and I must say that I would definitely have it again.  The breadcrumbs were an inspired choice as they helped to offset the oiliness of the fish which with spinach leaves managed to create a pleasantly light dish. 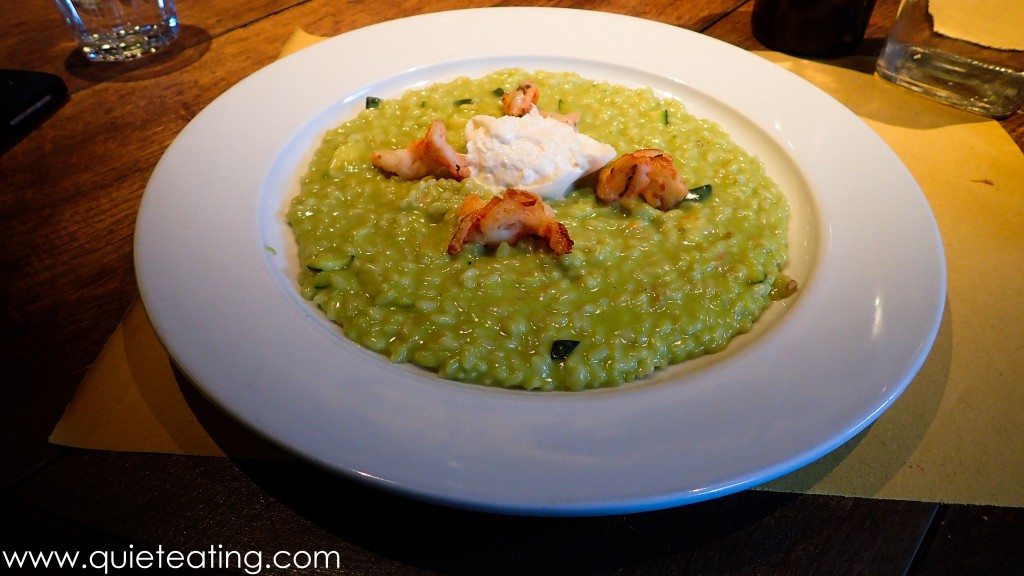 Risotto with courgette, prawns, broccoli cream and burrata.  The risotto was cooked just right retaining an al dente firmness and the courgette, broccoli, burrata and prawns combined to create a dish full of delectable flavour.  The prawns here seemed unfortunately a bit over cooked and rubbery but I did appreciate the effort that had gone into them to ensure they were butterflied correctly.

Although the meal lacked any meat, it was surprisingly filling.  Bottega wasn’t particularly ground breaking but was a solid little number with a quiet atmosphere with many families.  Some people felt so at home that they took the opportunity to act as they would in their own home with a neighbouring table’s twins deciding to torment each other with bread.  Then again, they were two, so that would be an excuse there.  If only my friends could benefit from such an excuse.