So, what better way is there to start the New Year than with fried chicken? (That is a rhetorical question in case you were wondering).

With that in mind, we ended up in Bird on a wintry New Year’s Day (sadly, with the exception of KFC, too many of the new wave of fried chicken restaurants had gone cold turkey and closed for the holiday season).

Bird is one of the first ‘posh’ fried chicken places purporting to take fried chicken up to the next level – in their case, by serving  high quality free range birds. They got off to a squawking start and they now have three branches.  We visited the original roost in Shoreditch. 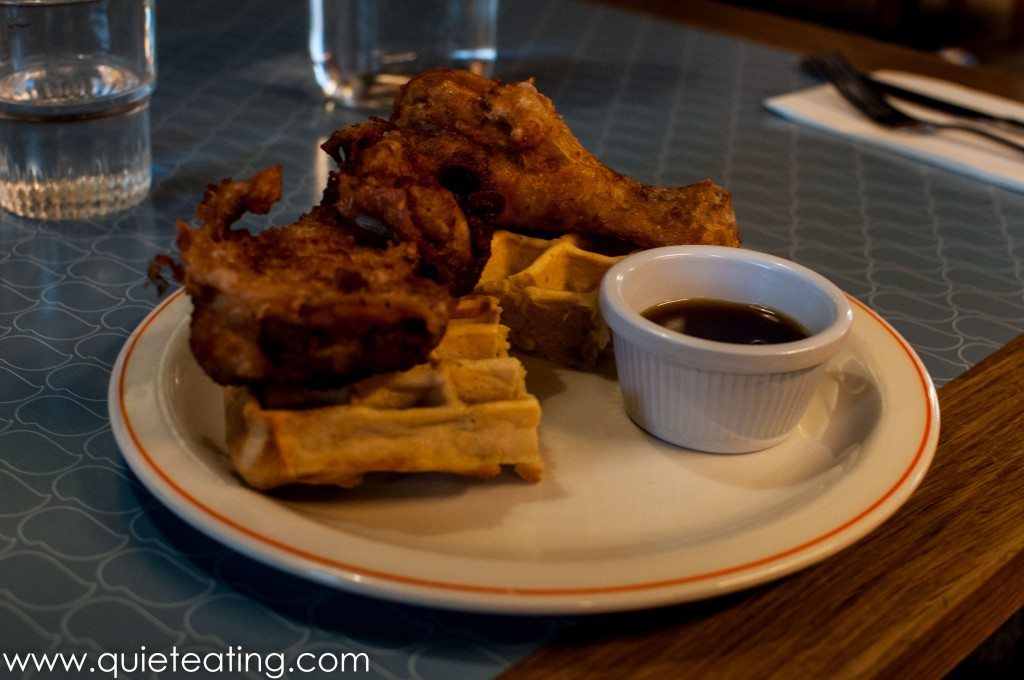 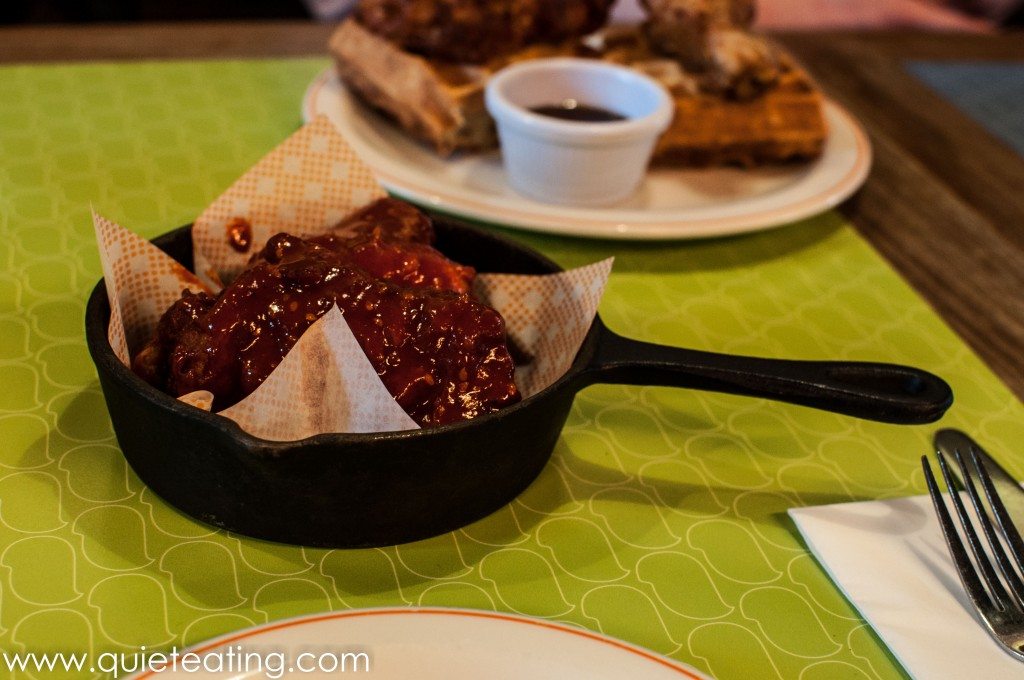 Fried chicken with gochujang glaze. This was Bird’s take on Korean Fried Chicken (the other ‘KFC’).  As Itsu and Wasabi have shown, when you run out of ideas of what to serve, Asia is worth a visit for inspiration.  Yet call me a racist chicken diner.  I prefer the genuine Korean dish, Cheemc for example. 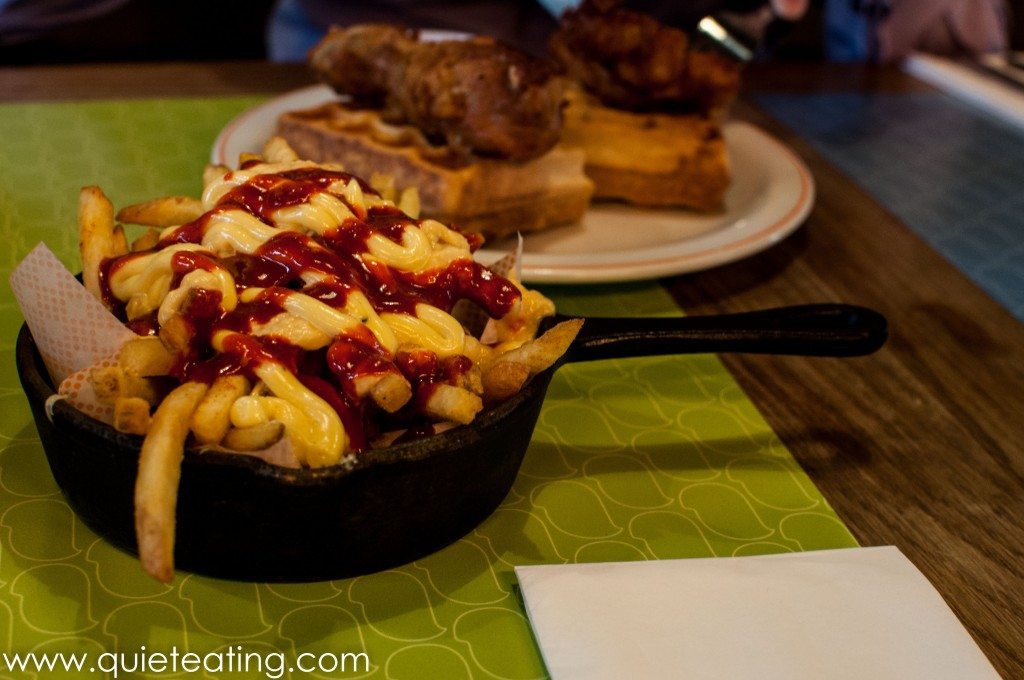 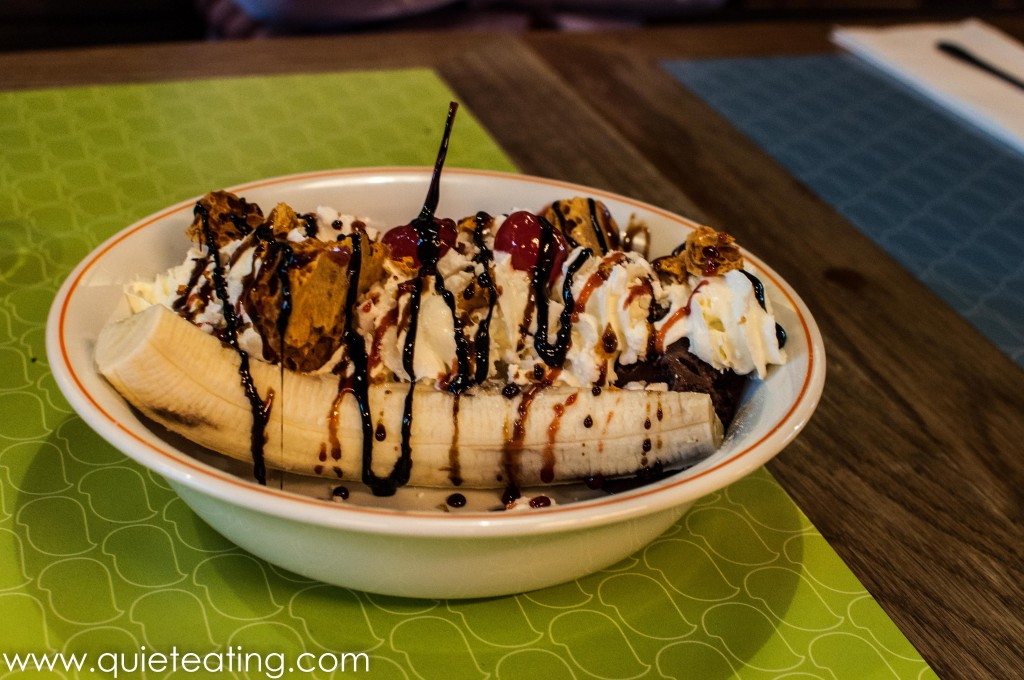 And finally for a sweet finish – banana split. Bird’s version was actually pretty decent and had honeycomb as a twist to this retro desert. We wanted to try their donuts (But we we were regretfully informed that these were not available on New Year’s Day.  Unacceptable that donut makers go on holiday like the rest of us…). This was an average end to the meal.

All in all, the fried chicken at Bird was decent enough – however, it wasn’t earth shattering.  At its higher price, not really worth putting up with a henpecking if your fellow diners don’t enjoy fried chicken.