It has been a while since I reviewed a meat heavy eatery so I thought it was about time to pay the butcher a visit.

With a very original name like Zelman Meats, (maybe they are vegetarian), I had high hopes that it would be another good steak restaurant like Goodmans.  Oh, by the way it’s from the same group.  Actually, the restaurant used to be called Rex & Mariano, a seafood restaurant.  Unfortunately, it went belly up and capsized.  Then Zelman was born although like most shipwrecks (except the Titanic) bits of floating wreckage surfaces.  We were served with bottles still boldly embossed Rex & Mariano.  Hmmmm…

Chopped salad.  As my friend has an aversion to carbohydrate heavy food, he went for the salads.  Not my cup of tea.  They were ok.  Nothing special but then again I’m not a salad expert. 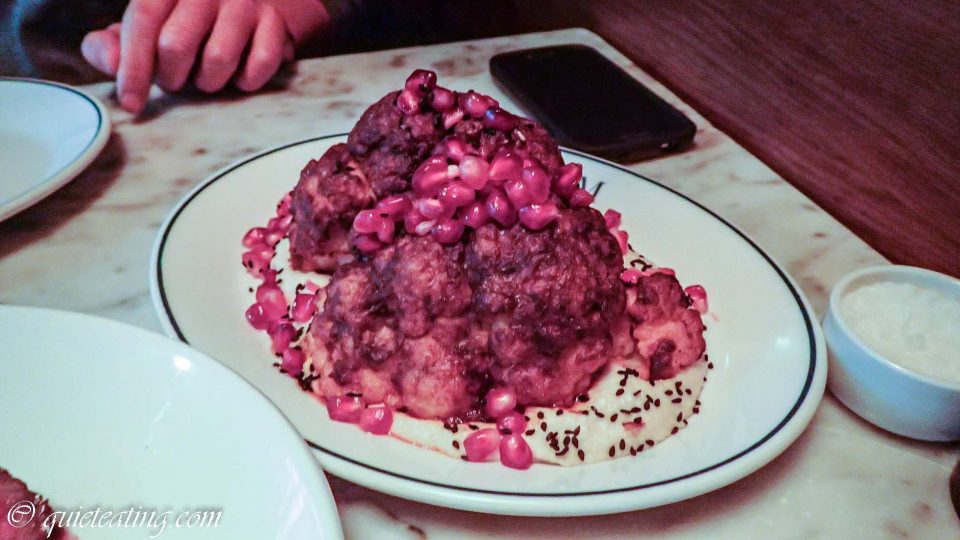 Cauliflower salad with hummus.  The roast cauliflower with humus was quite interesting and enjoyable.  Although, it wouldn’t be my desert island dish of choice. 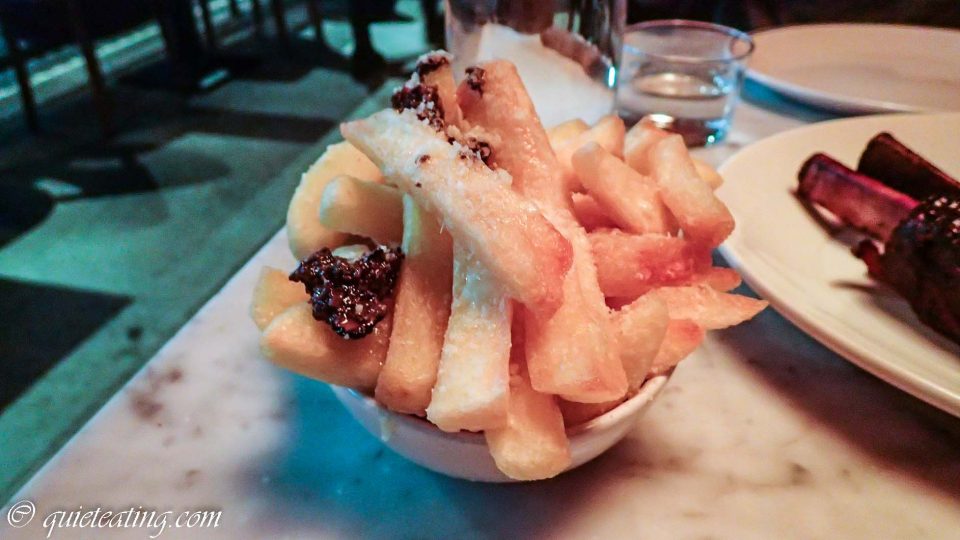 Black truffle and parmesan chips.  At GBP8, a bit steep for fries.  Yet, I would choose this if I was washed up on a deserted coast.  The chips were crispy on the outside hiding soft potato inside with a dash of parmesan and truffle oil to add a delicious quirkiness. 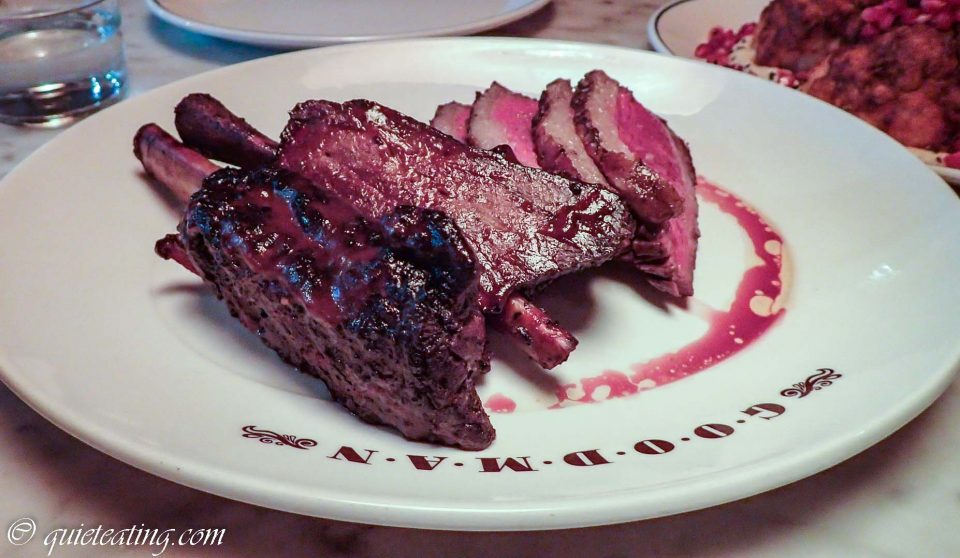 Short rib and picanha.  The rump (picanha) was good but it was the short rib that raised eyebrows.  The deep beefy taste was nestled within the flakey meat, almost as if a cow’s essence had been distilled into the ribs.  If you come here, make sure you have the ribs for a real treat.  It probably tasted so good because it was served on trademark Goodman plates.

Now this place is somewhere worth picking a bone to get into.

Addendum: Visited the next day to try their Sunday roast.  Ended up waiting 45 minutes for the food to arrive, although they did bring out some free little starters to sake our hunger in the meantime.   Apparently, they had run out of Yorkshire puddings so they have to bake new ones.  Good service to make up for that though…