When people ceaselessly wax lyrical about a place, I am suspicious.  It is similar to someone saying that something is very very good, no names of course.  Repetition tends to spoil the message.  Also, often it turns out that my tingling sense of dread is justified.  Given how my foodie life plays out, it is better to err on the side of caution so I am less disappointed.  I find that life is more bearable if I don’t set my hopes too high and instead try to lack expectations.

However, if people keep on going on and on and on and ON about how good a place is and won’t leave you alone, I cannot help but have some of their enthusiasm seep in.  This was about a chicken joint in case you were wondering.  Assenheims.  Something that I’ve heard is a bit of an institution in the city.  Comments varied but one spoke about how the green sauce was more addictive than cocaine.  Another, of the trials and tribulations they endured (an arduous 15 minute walk) to get their fix.  Yet it was the last comment which made me sit up and take notice.  They said that you hadn’t lived until you had tried their chicken.  The unsaid message was that I wouldn’t be a proper amateur food critic if I didn’t visit.

Such taunting remarks had the desired effect and that is how I found myself staring at a box of chicken and rice. 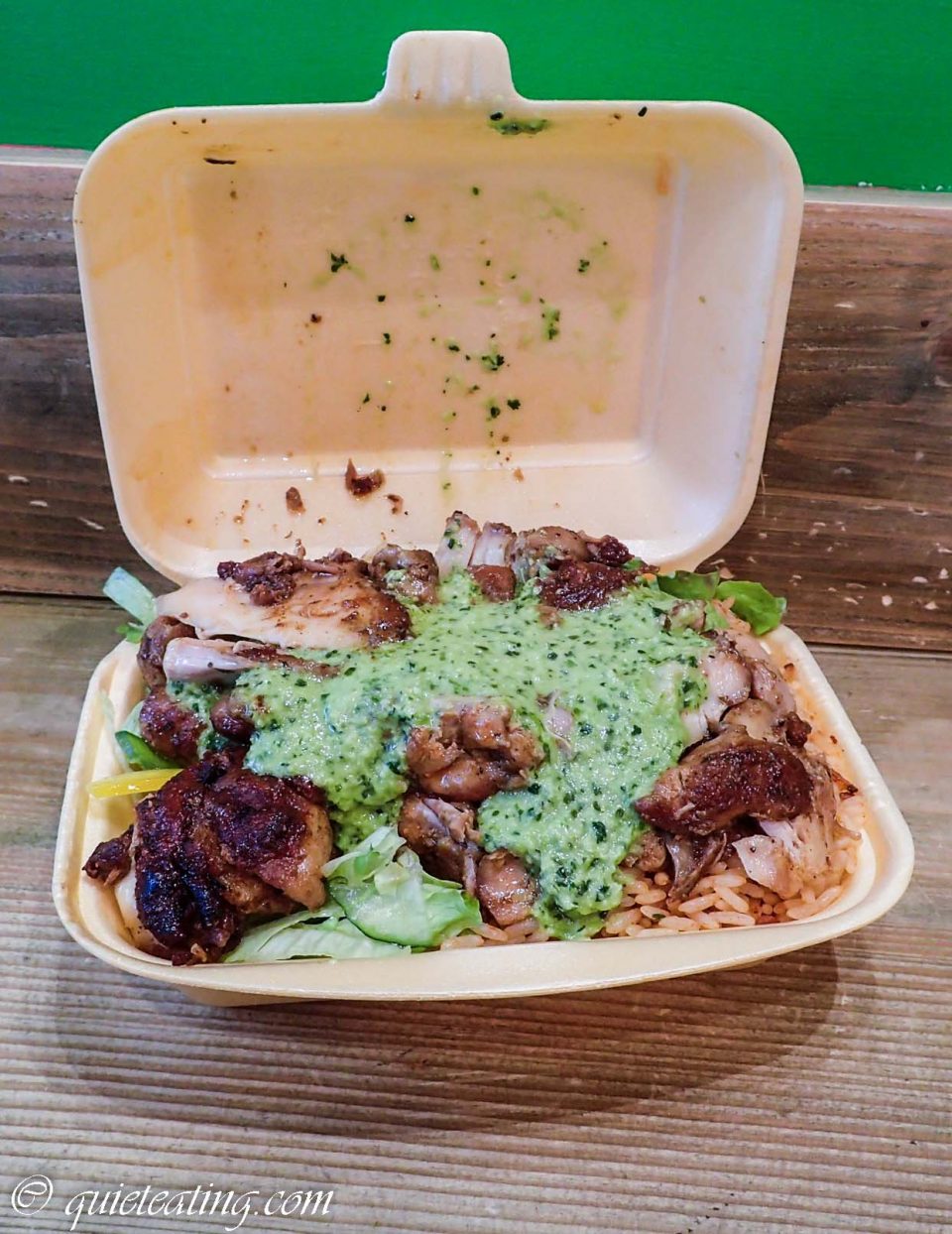 Grilled chicken with salad, rice and the secret green sauce.  You would be entirely correct in thinking that it is just chicken and rice.  How good can it be?  Particularly as it looks like a slipshod affair.  I would counter by saying this mound is on account of their generosity.  The whole box is full to the brim with chicken, salad and rice.  Enough to feed most of us with some left over.

The chicken was good, moist and meaty the way good chicken is meant to be.  The rice, a great staple to fill things out and the salad, a nice healthy element.  As for the green sauce, I can personally attest to its addictive qualities.  Made of some secret recipe, I’m not sure why it was so good.  So much so, that I heard a customer behind me asking for more and more and still more of that to be heaped on his portion.  Perhaps I should have done the same.

My only critique is that you don’t have much choice here.  However, when the food is as good as this, lack of choice is a good thing.  Prevents mistakes.  Now if only politics worked that way…