Fermentation is a beautiful process.  It brings us many culinary delights from wine, pickles and of course that ambrosia, cheese.  I should have known that my own addiction to cheese was not purely brought on by free will.  It seemed a bit too attractive for that.  Instead, I was reliably informed (by that bastion of knowledge, the TV) that when eating cheese, the brain lights up in the same way as hard drugs.  I guess that explains many things… 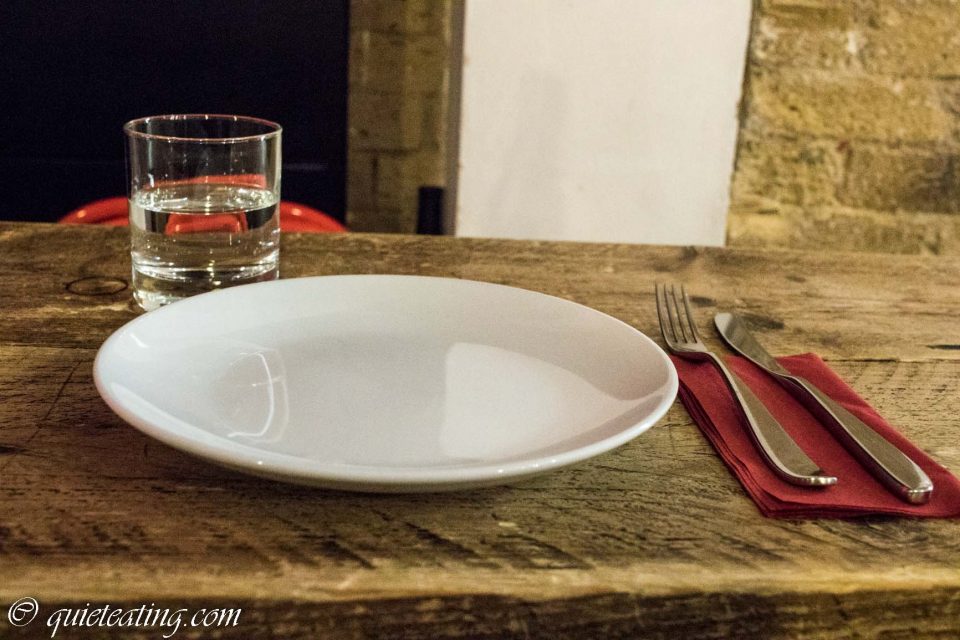 So on a usual day in London, I got rained on.  As a  consequence, I felt a bit under the weather.  In a change from the behaviour that some of my peers display, drowning their sorrows in hard liquor, I decided to partake in a more socially acceptable medium of suffering alleviation.  Cheese. 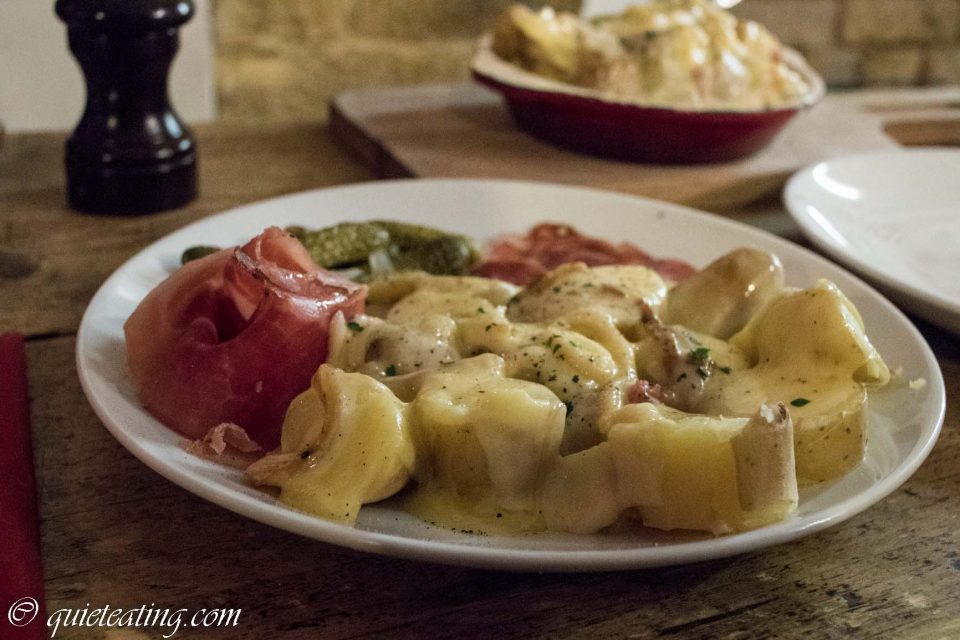 Raclette, French and Swiss cheese, potatoes, charcuterie and cornichons.  The melted cheese was not too heavy, not too light but just right.  When drizzled or lathered on the other condiments, it was great.  In particular, I must give special note to the potatoes.  Soft and moist, avoiding the flakiness of other potatoes I have known, these were great. 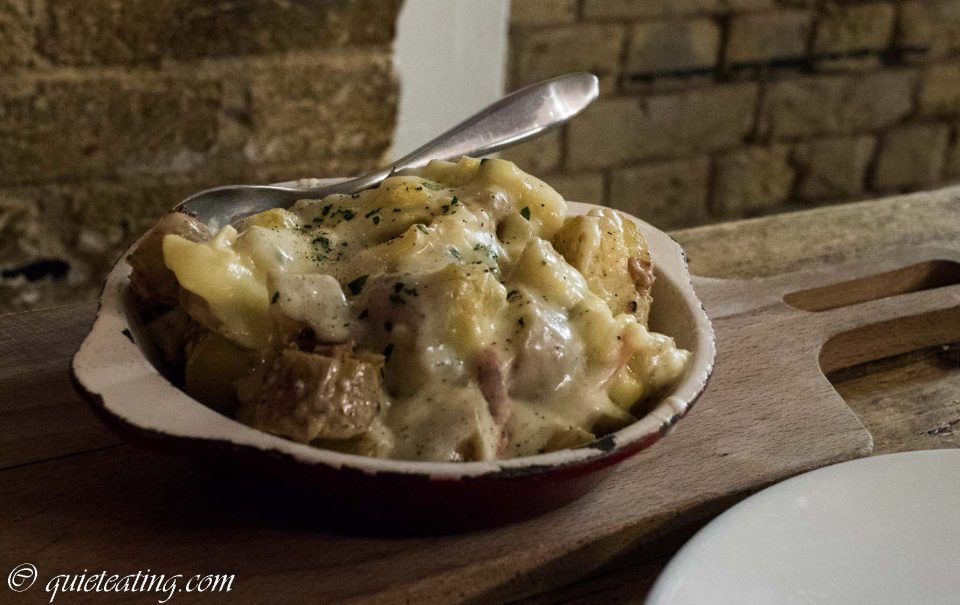 Tartiflade, reblochon, creamy potatoes, bacon and melted cheese.  When it comes to heavy, stodgy food, there are few things I like more than cream, potatoes, cheese and bacon.  It sets my heart all-a-flutter.  It was a bit heavier than the raclette but in a good way.  The cheese, potatoes and bacon mixed together effortlessly to create something greater than its parts.

Such a meal reminded me why ageing is such a good thing.  It creates what some people regard as the king of foods, whether a mouldy blue cheese or a crisp cheddar.  It goes together well with wine, another object that benefits from being left alone.  Yet perhaps it is fortunate that I do not drink alcohol as it makes meals lighter on the wallet and increases my chance of further personal fermentation.  By that I mean getting old.  I can only hope that I get riper with age.  I mean that in a good way.  Just like the cheese at Androuet.