Sometimes I wonder if I have an impulse control disorder.  The problem is that I seem to find myself with an almost insatiable hunger to eat things.  What makes this even more dangerous is that I don’t show it.  As others complain, my girth does not reflect my appetite.  What I would point out to others though is I’m fairly harmless.  Whereas a friend of mine takes this to another extreme.  He is a tall man but does not look particularly threatening.  However, he has managed to attain a particular badge of merit.

He is banned at some all-you-can-eat places.  All it takes, is one visit by him.  That’s more than enough.

It just goes to show the value of first impressions.  I know that I am more than guilty of judging a book by its cover.  It may be as simple as a small interesting picture or an almost inconspicuous word that is enough to jolt my interest.  So while out and about looking for something to eat, I saw the word “Japanese” in the absence of “Itsu” and so was immediately sold.  I’m a sucker for marketing sometimes. 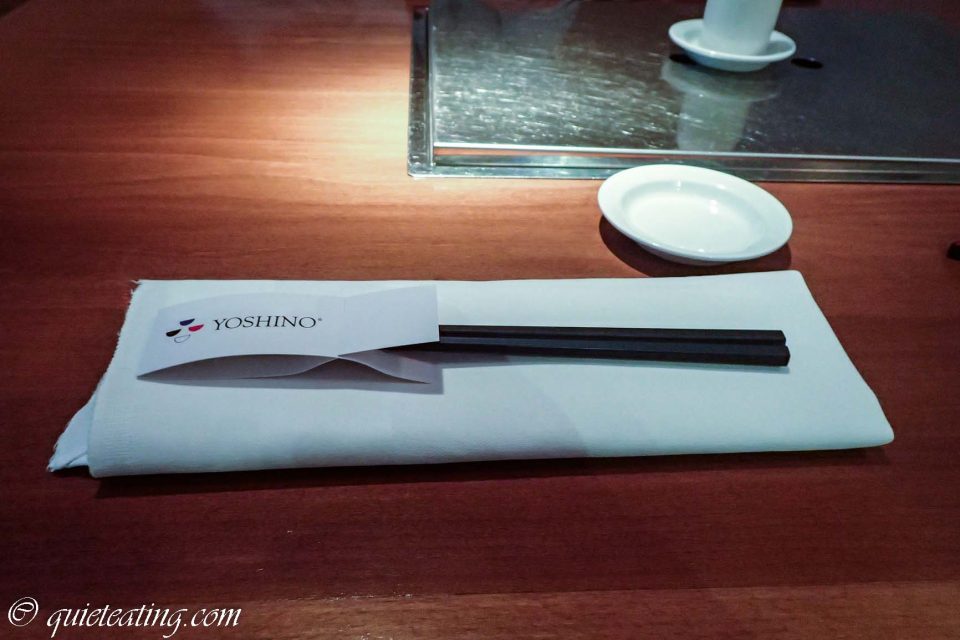 Yoshino does have a very pretty presentation of chopsticks though.  Whether this would be a good or bad sign remained to be seen. 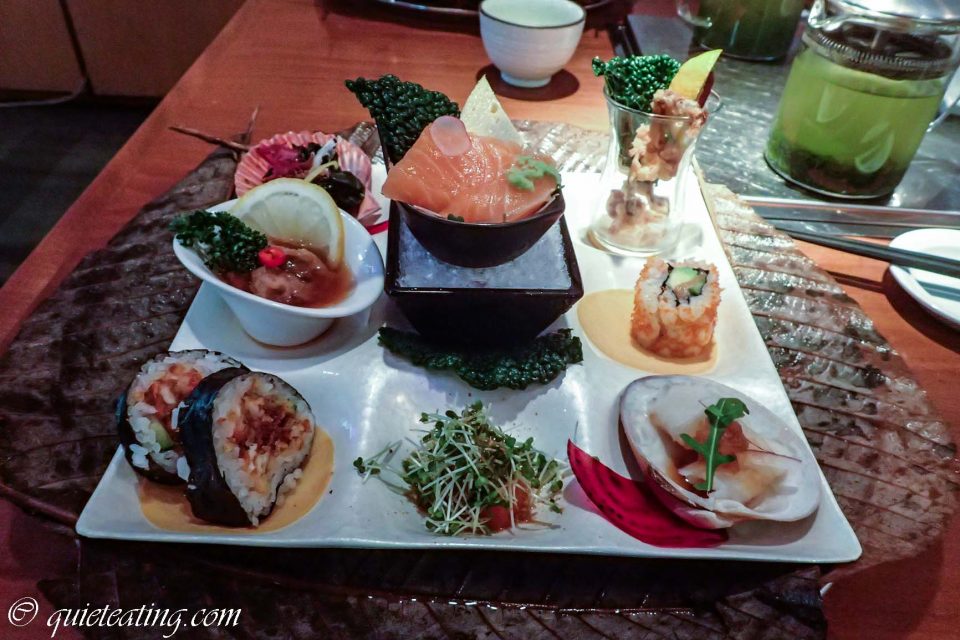 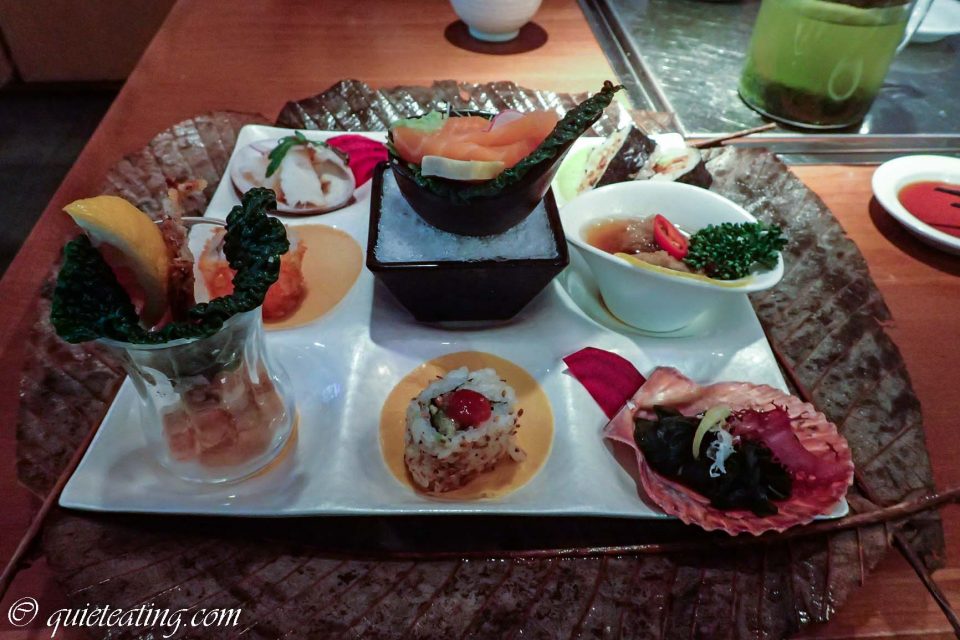 The back view.  A delicious presentation to go along with the captivating taste.  The sashimi elements, nicely cut and set off expertly with wasabi, yuzu or sesame seeds.  They were also fresh, savoury and sweet in that way that only good sashimi can be.  The crab elements, deliciously crispy and rather oil free.  The vegetables a nice contrast to the more meaty elements being delicate and light.  All in all, a generous and rather good starter.  I was impressed with the breath and quantity of the dishes on offer. 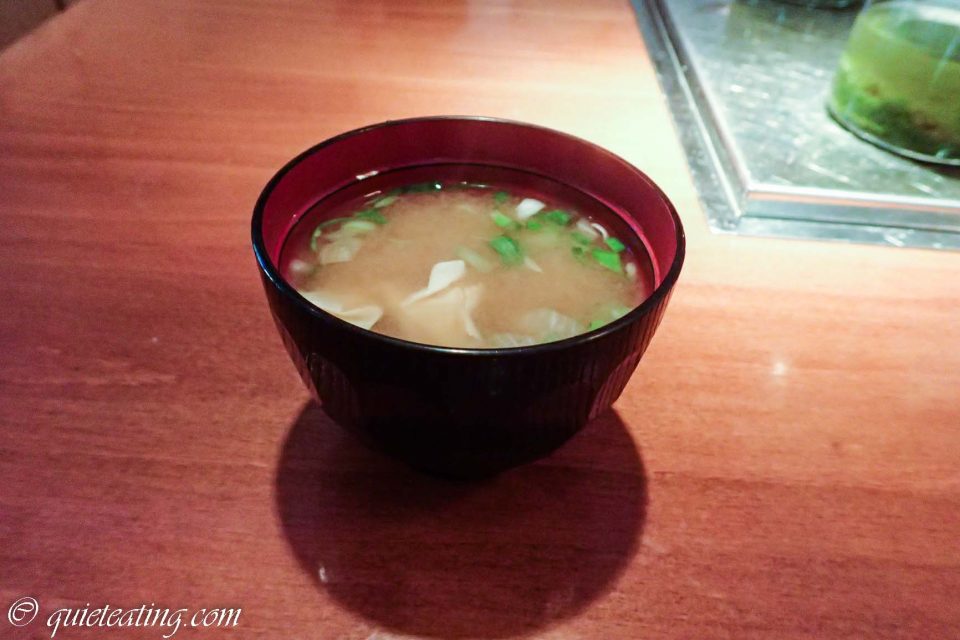 Miso soup.  A decent interlude between the starter and the mains.  Full bodied without becoming too salty. 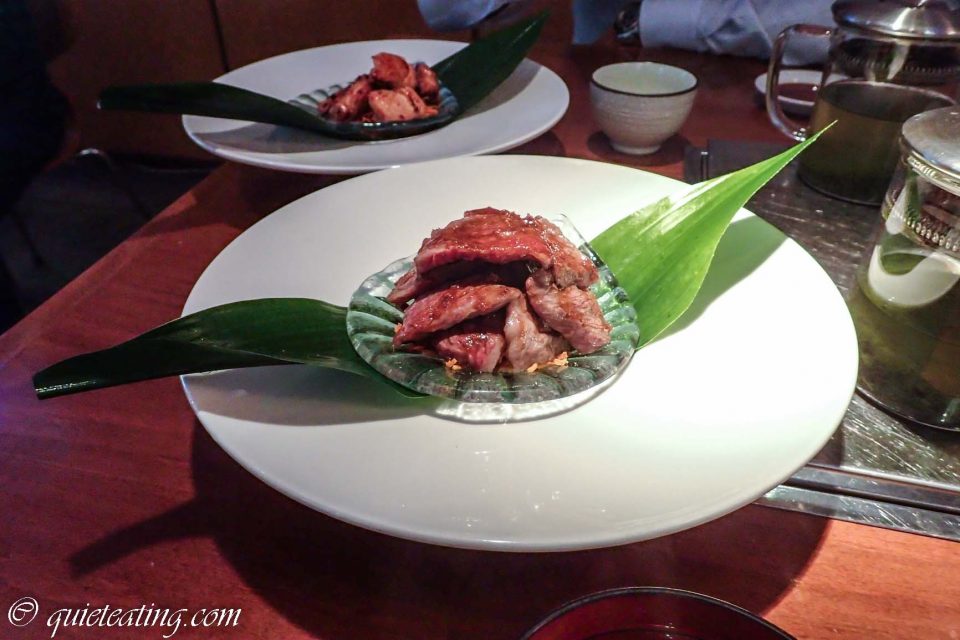 Grilled shortrib with spicy miso sauce.  Hidden underneath were deep fried sweet potato chips.  Not bad, although not exceptional.  It seemed rather at odds with the starter.  The starter was beyond expectations.  This was sadly less so.  Although compelling you to concentrate on the meat, as there was an absence of almost everything else, it sadly did not merit such attention.  It was ok. 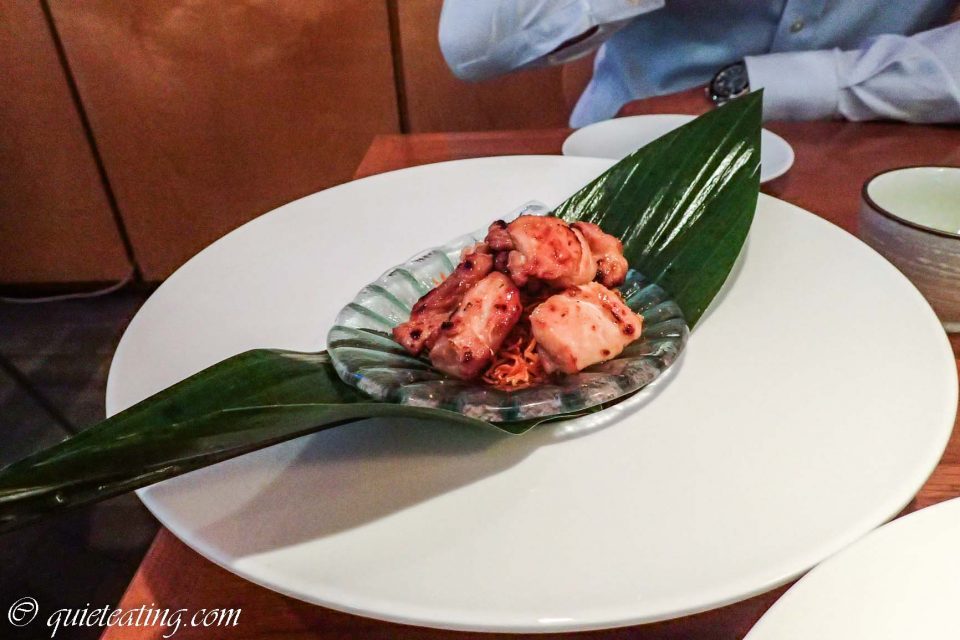 Grilled chicken with teriyaki sauce.  I could say well cooked here but I really hate that word.  Instead, I will say that it’s hard to overcook chicken, although more than possible if you try hard enough.  This did not display such resolute determination.  It was instead a touch above average.

First impressions are particularly important.  Whether it be meeting someone for the first time, viewing a house or even meeting a potential pet.  It is only later on that you get to really know the person/object/familiar.  Sometimes if you have the fortitude to stick around, things can be good.  Yet, sometimes things can be less so.  If things had continued like the first impressions here, life would be good.  Sadly though, things kind of degraded as time went by.  Should have left after the starter.