London seems to have a dearth of casual Japanese eateries.

Whereas in Japan, there would be one on almost every corner, here that niche seems to be filled by the kebab shop.  I have nothing against kebab shops but a generic fry up just seem to miss the mark if you are looking for something tasty and at least neutral in the life extension arena. 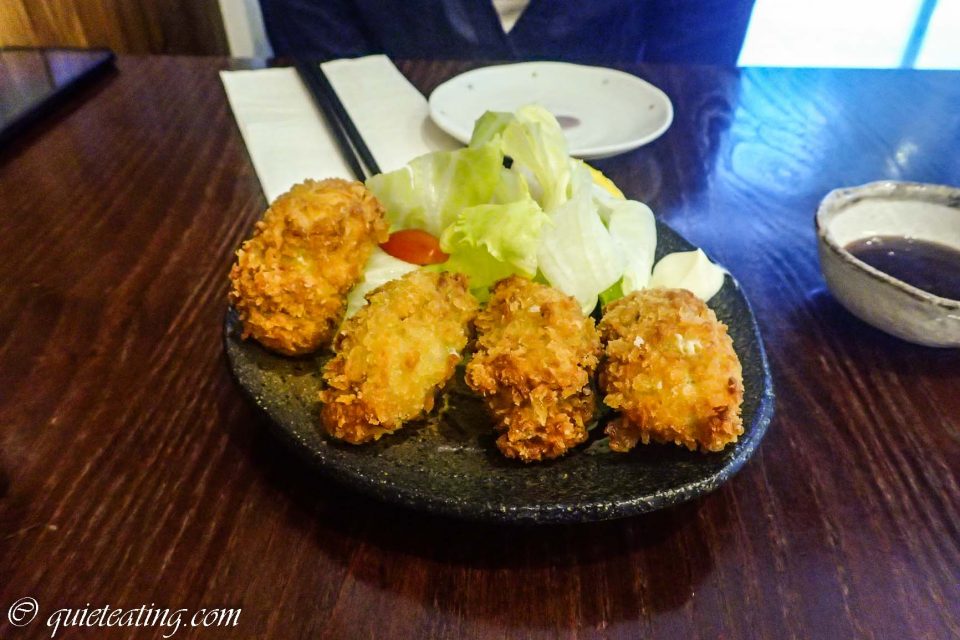 Kaki furai, deep fried oysters.  I constantly dream of the fried oysters I had in Hiroshima.  Those were the best in my rather short (but exciting) life.  No jokes please.  Against that, these seem rather small, ordinary and lacking in zest. 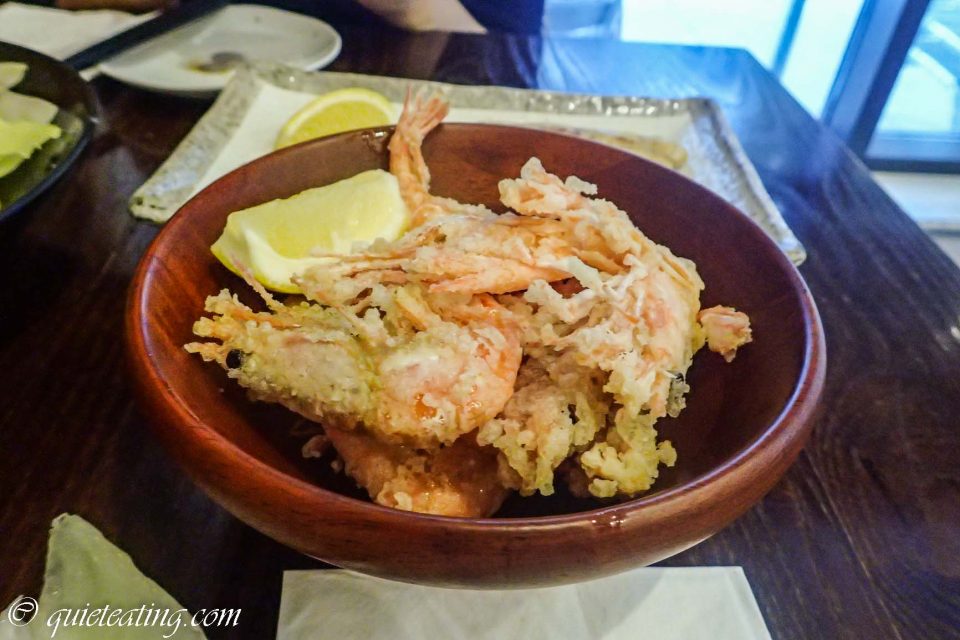 Aimai ebi furai, deep fried sweet shrimp.  Sadly not fried that well.  A bit too oily and not really that cooked.  As I bite in to eat the entire thing, the shells came across a bit too oily and chewy.  Not at all what I would have expected because if the frying is done right, the inside, shells and all become a crunchy golden delight. 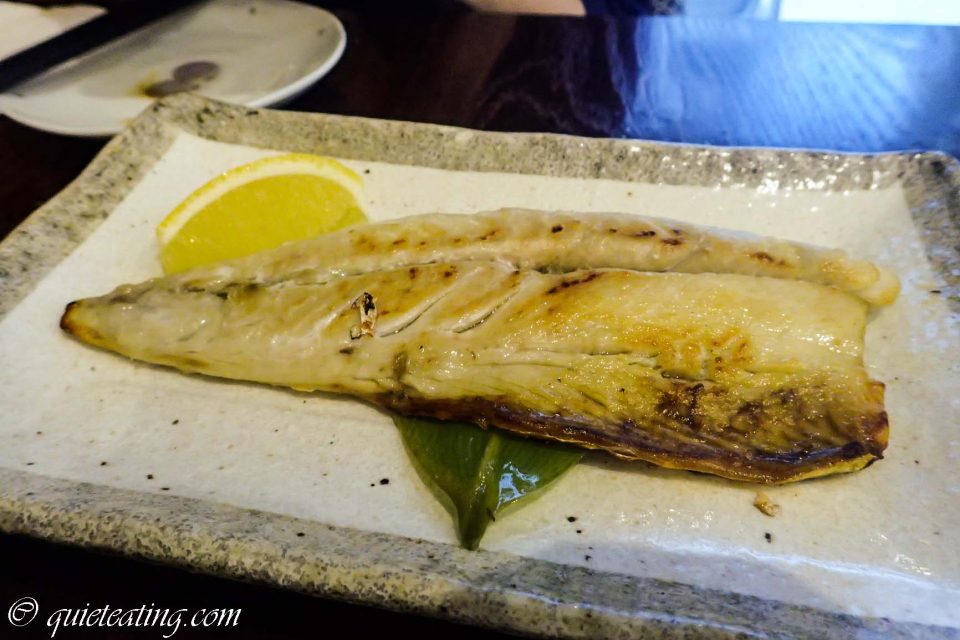 Saba, mackerel.  This was not bad in that the taste of the fish shone through.  Although, I do wonder how hard it is to cook an oily fish. 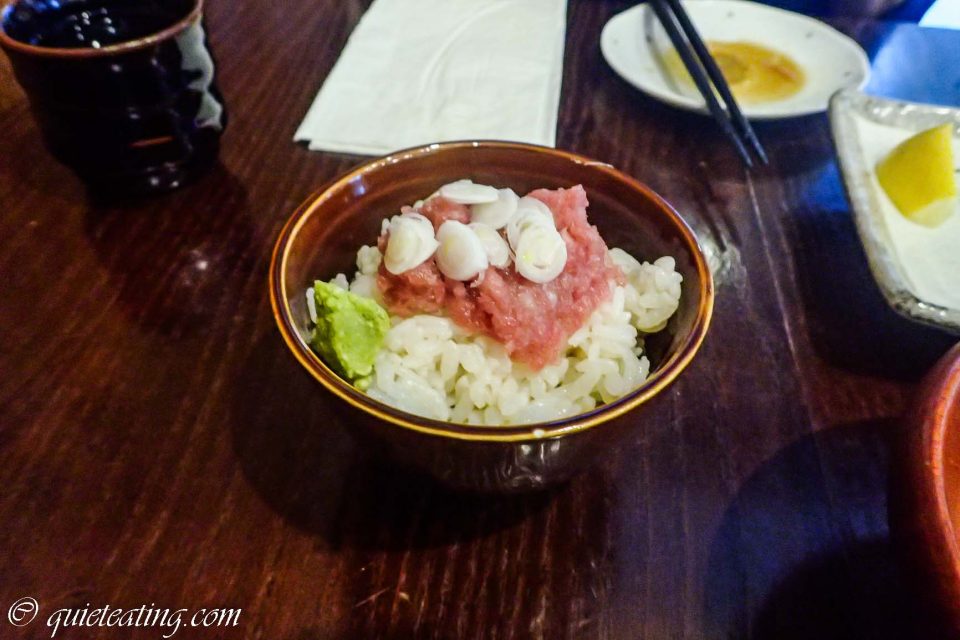 Mini negi toro donburi, minced tuna on rice.  Before this appeared, I could hear the chef in the kitchen furiously hacking away at the tuna to reduce it to a mince.  The rice was rather good too, with individual grains distinct in form and taste.  Not bad if rather pathetic in size, they weren’t kidding when they said mini donburi.  This was about the size of my fist.

It is nice to have something other than the ubiquitous fish and chip joint, the local fry up or the dreaded chain restaurant to go to in your neighbourhood.  So I can’t really complain about this food as despite my rather forced sounding language it was better than average.  So if I was desperate, depending on the spectrum of desperation, this might be somewhere I might return.  Just have to remember to check the bank balance before I go.

Dinner (all of the above for 2) was GBP30 per person excluding drinks and service.