The Ivy seems to be so hot as a celebrity hangout that mere mortals (such as myself), are excluded from the premises, even if they had a golden parachute (which I don’t).  It’s not about money but power. Something which I also sadly lack.

What I do have in abundance is a sharp tongue and sometimes a lack of restraint. 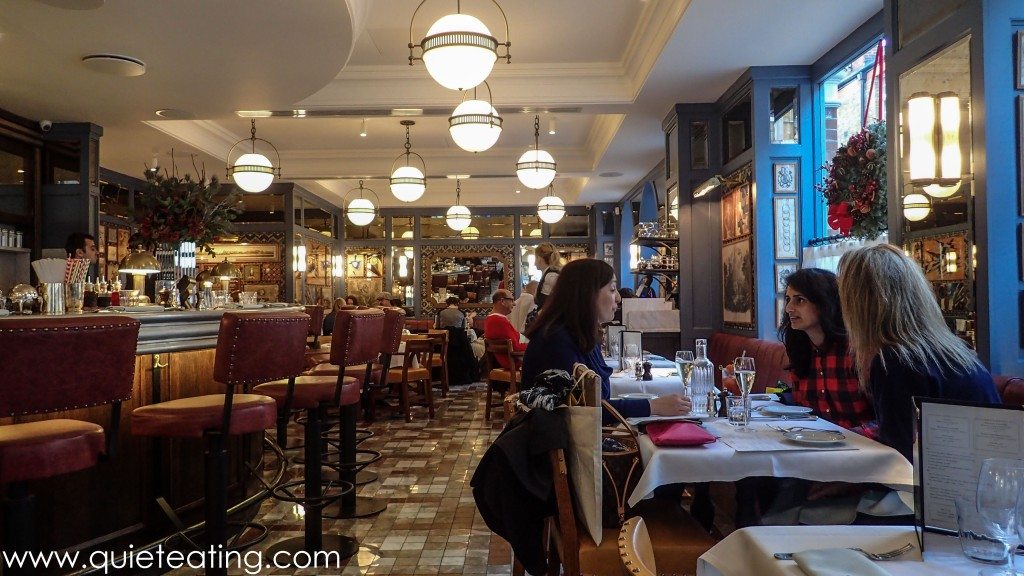 So when meeting up with an impeccably mannered old friend, we just had to end up in one of the numerous branches of the Ivy.  Maybe we could soak up a bit of prominence by proximity. 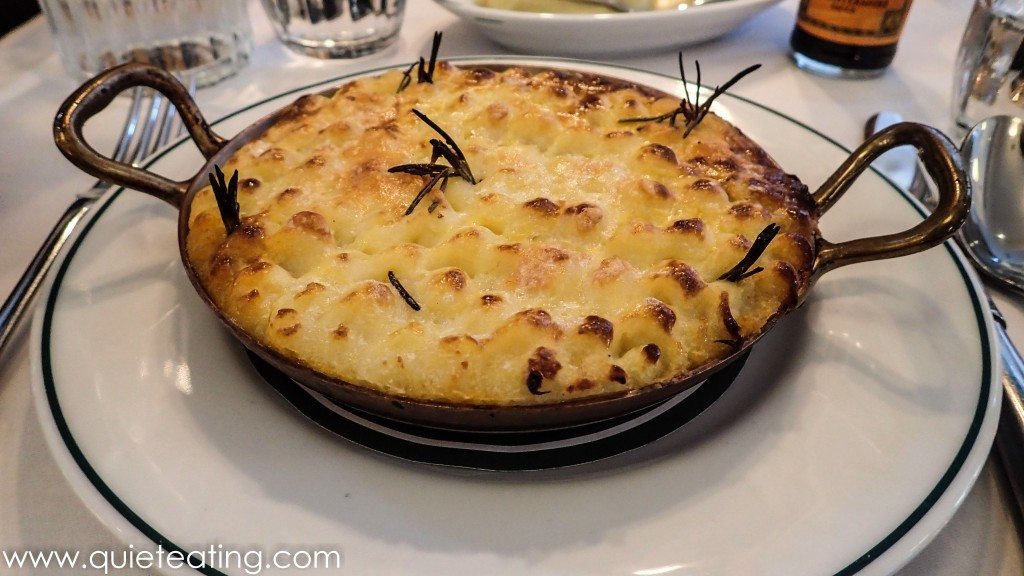 Shepherd’s pie, slow braised lamb shoulder with beef and cheddar potato mash.  Very carefully presented, rather more pretty to admire than to eat.  Not that the pie was bad, it just didn’t live up to the presentation. 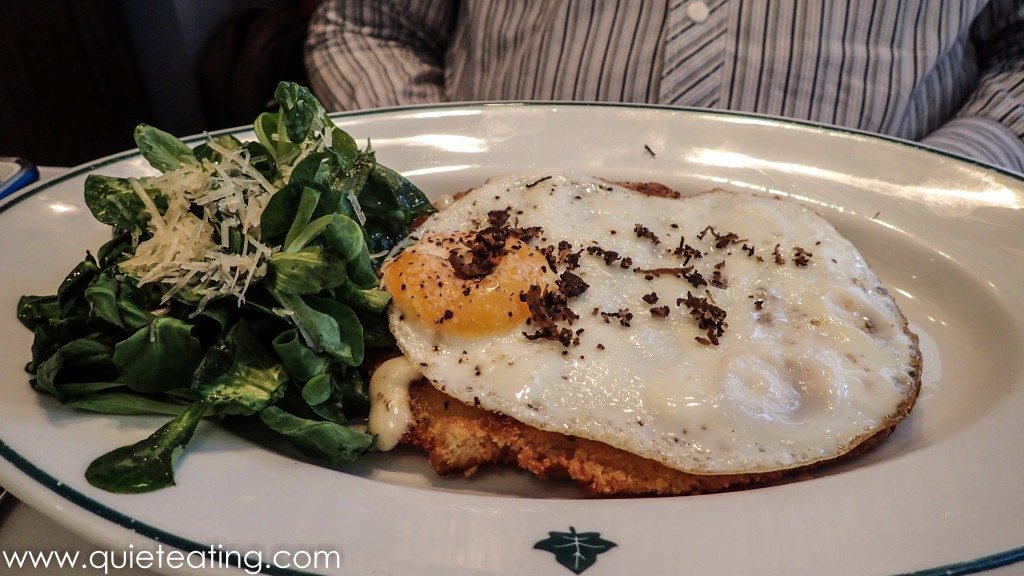 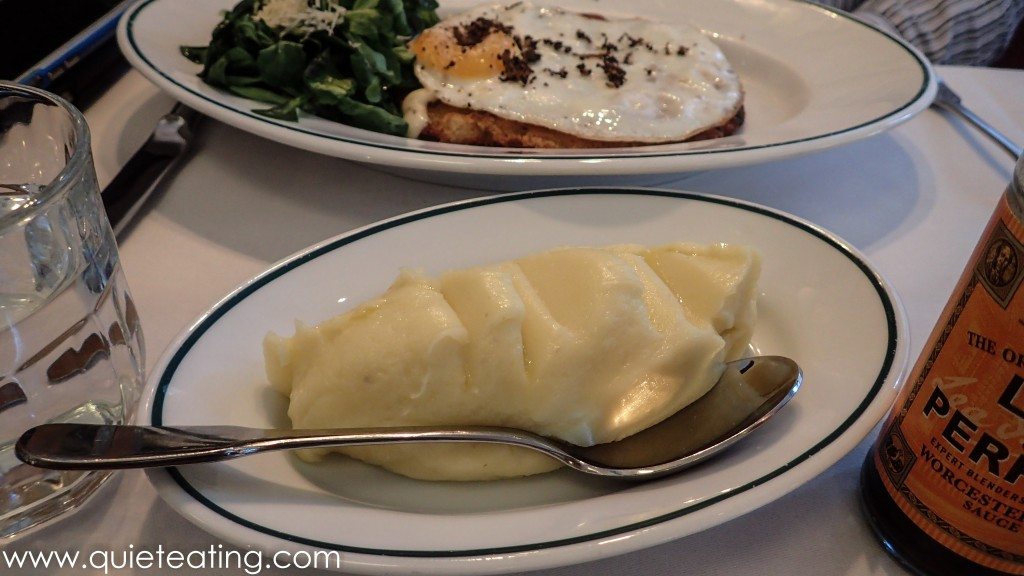 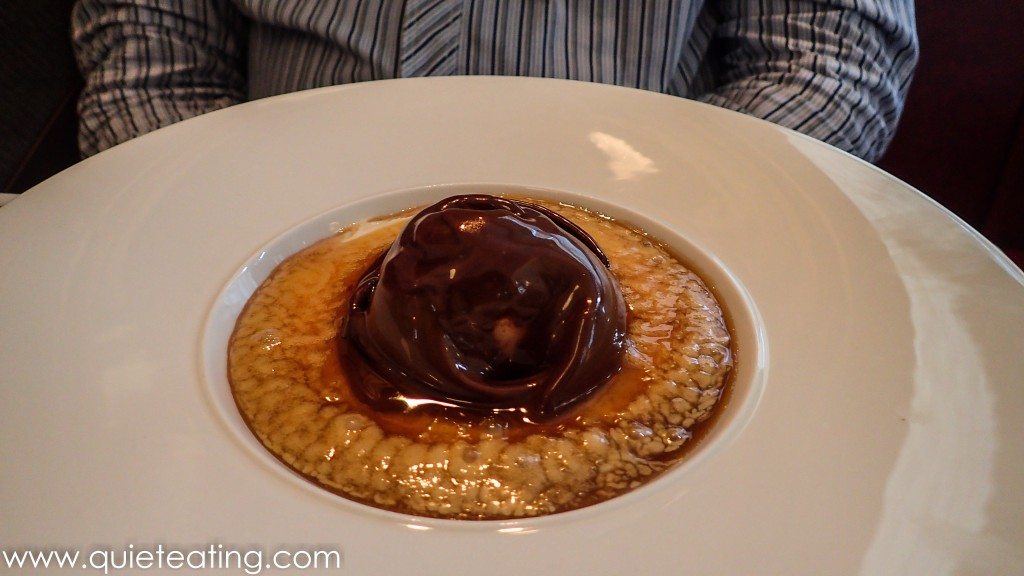 Chocolate bombe – melting chocolate bombe with milk foam, vanilla ice cream and honeycomb centre with hot salted caramel sauce.  We had the inside scoop that it is the desserts which are to die for at the Ivy.  Which they had better be as this cost 60% of the main course.  A stand out dessert with chocolate, ice cream, honeycomb and salted caramel sauce combining to bring out the best in the food and my friend.  His smile while eating this was so powerful that our neighbouring diners had to query why he wore such a beaming smile.

He just said, try this dessert and you will see why. 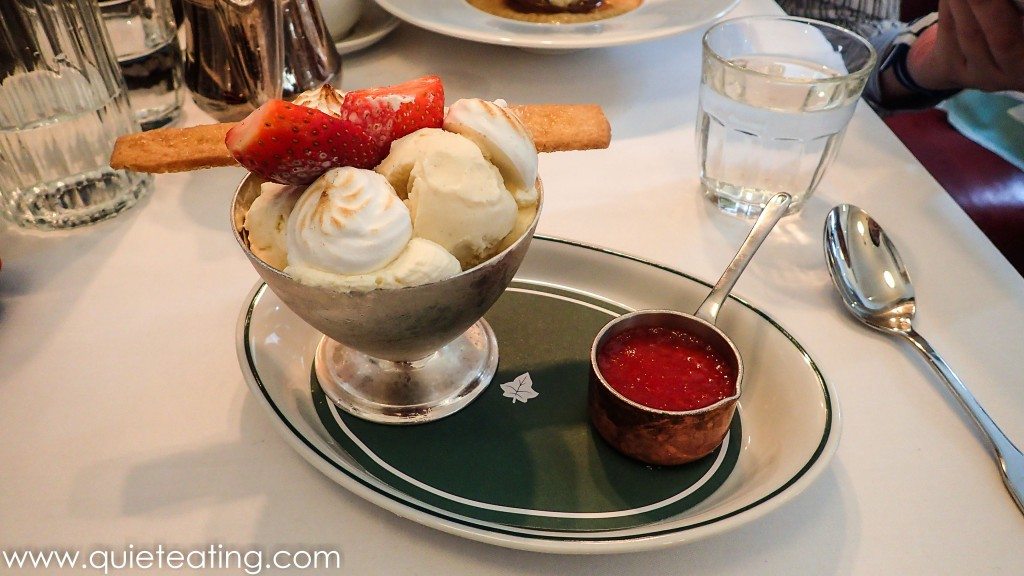 With efficient service, a relaxing ambiance and a genteel atmosphere, this place was not out of place just off Bond Street.  Although the mains were ok, it was the desserts which really stood out.  I think I now have another place to take a break while shopping on Oxford Street.  If you need something heavier than coffee (or you are lugging around too much shopping) this surprising sweet treat heaven is the place to go.