Hindsight is a wonderful thing.  Especially when you can look back and mentally kick yourself for making certain choices.  I had been bemoaning the lack of writing motivation to my dining companion but following my most recent gastronomic adventure, inspiration was abounding in abundance. 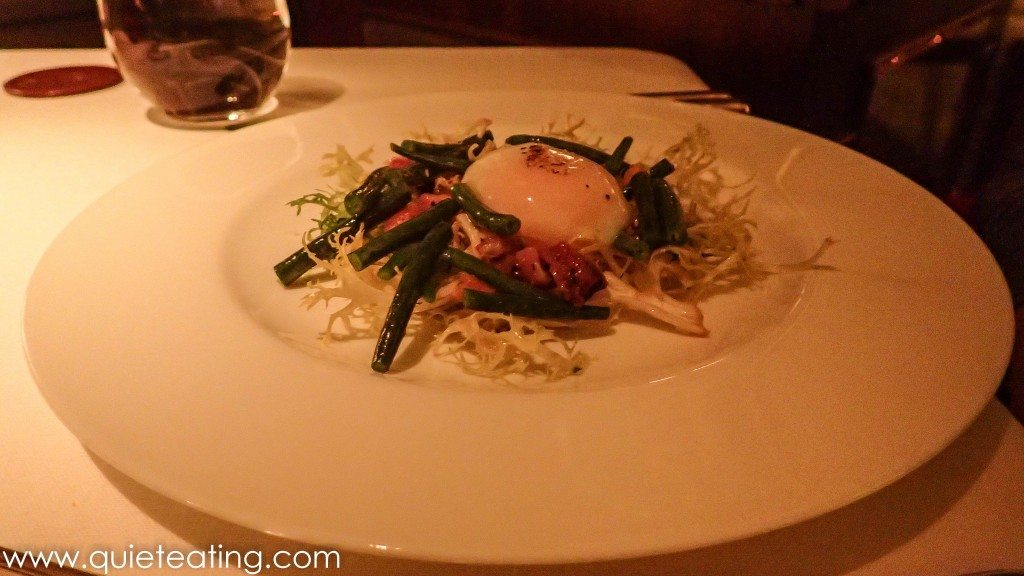 Salad of soft poached egg, pancetta and French beans.  The yolk almost looked too pretty to be eaten but my fellow diner had no qualms about disturbing perfection as she quickly breached the surface letting messy goodness spew over the healthy part of the meal.  I’m informed that it was not bad. 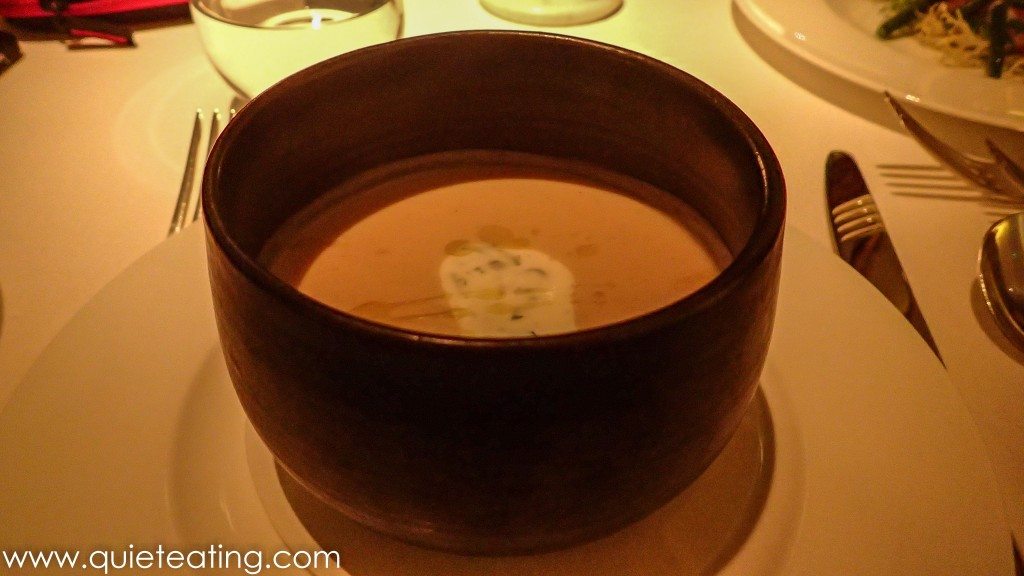 Spiced cauliflower soap and caper cream.  It’s been a very long time that I’ve had soup in a restaurant.  Mainly because I think that it generally isn’t that interesting when other dishes are on offer.  However, as I was feeling a bit stuffed up today, I decided to go for this lighter alternative.  I’m glad I did – the soup was thick, flavourful and I felt like I was eating pureed cauliflower.  A good soup for an inexperienced soup taster like me. 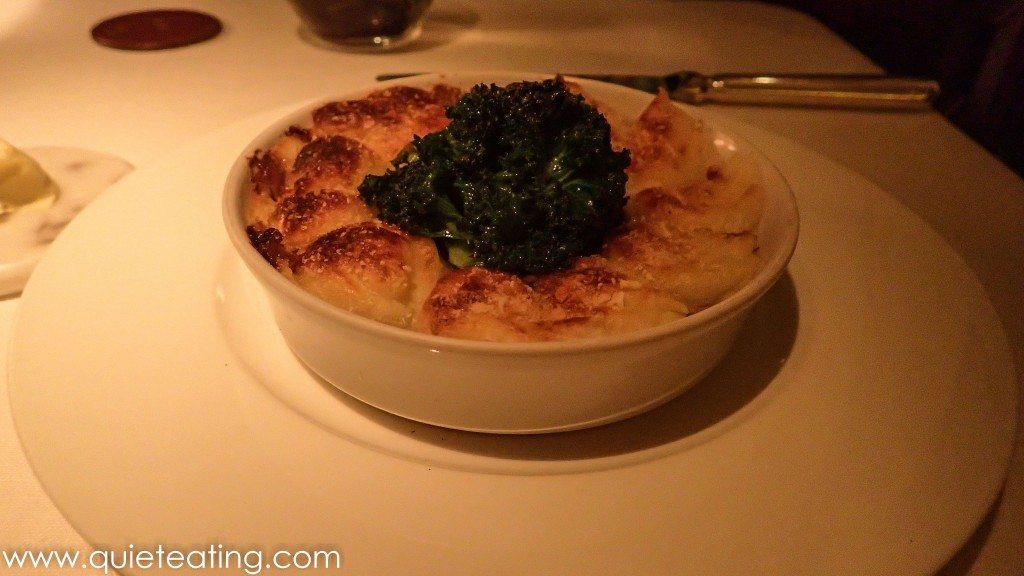 Braised beef, parmentier and kale.  Nicely presented.  Less impressive inside.  Although it looked great, it just seem a bit ordinary under the cover. 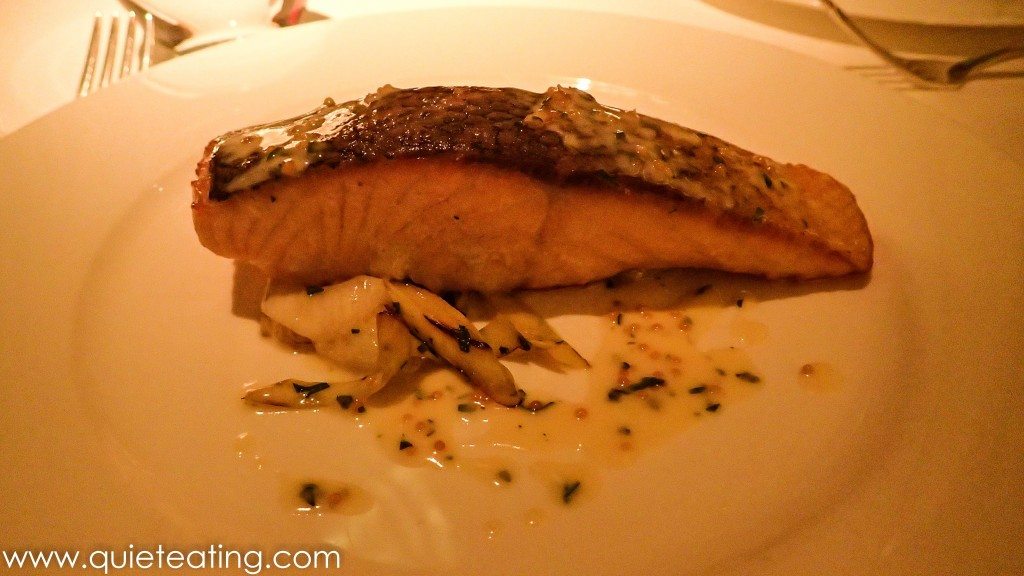 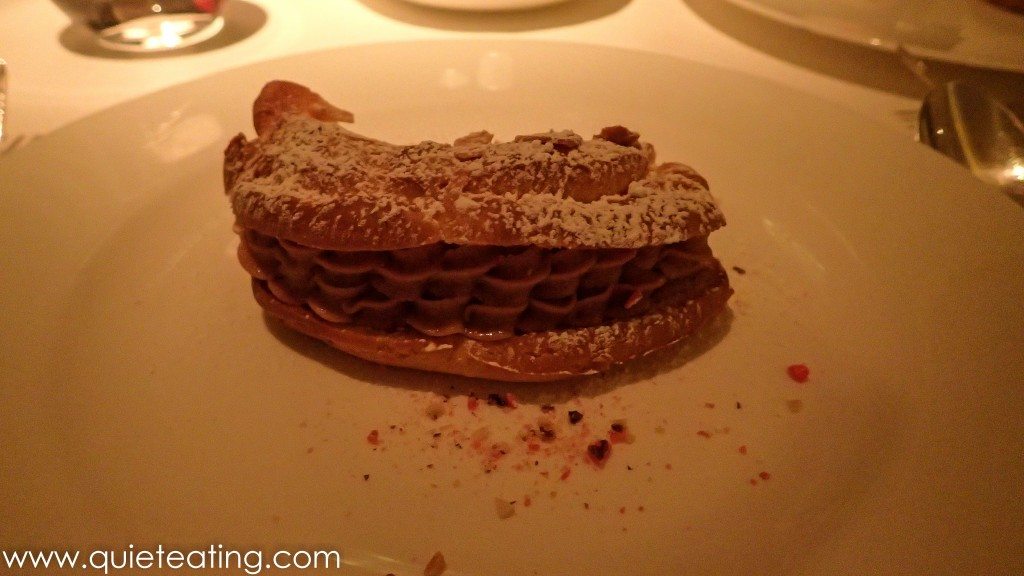 Paris brest with praline cream.  Ubiquitously ordinary despite our waiter waxing lyrical about this choice.  Should have gone for something else. 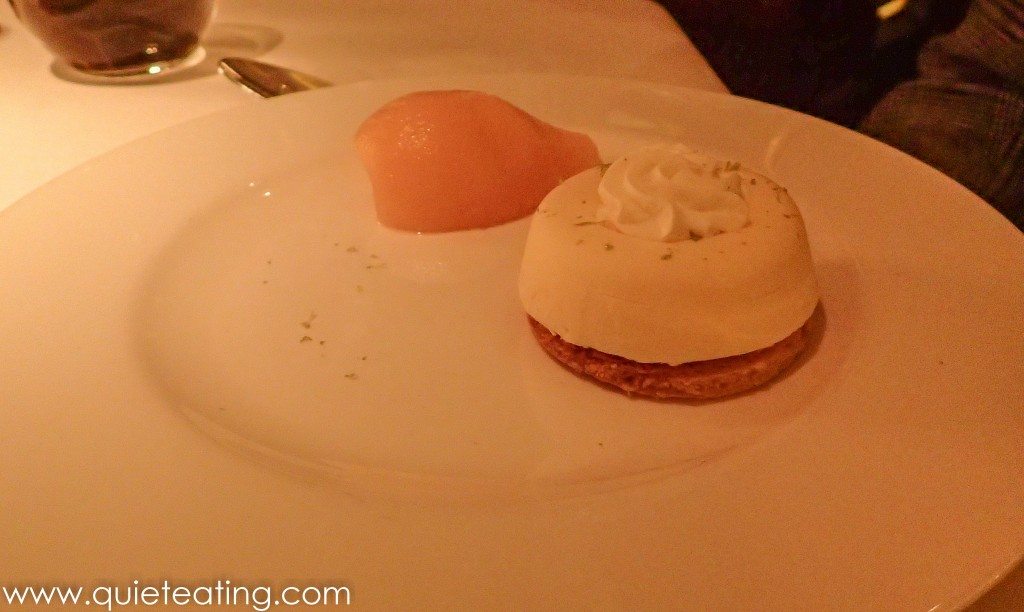 Bergamot parfait and sable Breton.  Something a bit better, although I had my suspicions about how much of this was actually made on site given the geometrical perfection of these objects.

In hindsight, we should have stopped here, but as we were having such a good time, we decided to order tea.

Sorry for the lack of photos of the hot beverage but I was otherwise preoccupied as it was being poured on me.

As I was chatting with an old friend who was visiting from overseas, I thought it would be nice to finish with a very English coda, tea.  At GBP4 for a pot, a little pricey, but you can’t put a price tag on friendship.  So we went for Earl Grey and camomile tea which would end up to be a rather fortunate choice in hindsight.  Yes, lovely hindsight.  In the waiter’s eagerness to serve me my tea he impatiently thought that it would take too much time to walk around me; so he proceeded to serve across my body and the tea pot ended up right above my hand and right leg.  That is usually ok.  Except when there is a leak.

My hand and leg were promptly treated to a private sous vide treatment.  An intimate boiling water bath to cook both.  This was slightly disagreeable to myself as I tend to attend restaurants to eat food, not be the food.  Unfortunately, this parting au revoir marred the whole experience.  Especially when the staff pretended that nothing happened.  When I remarked on the event with the perpetrator, there was at first denial that anything amiss had been conducted and then sullen acceptance of the mistake.

Looking on the bright side, at least the tea being poured on me was camomile so didn’t stain that much.

Thinking back as I write this, hindsight is a wonderful thing.  Gambler that I was, I should have stopped while I was ahead.

Addendum: After this experience, the restaurant contacted me and apologized profusely and refunded the entire amount of dinner.  What a contrast to the service received in person.  At least they know to deal with a slightly scorched blogger.

A quiet eating 5/10 if we skim over the immolation incident.

Dinner (3 courses) was GBP30 excluding service and drinks.  By way of apologies, our meal was complimentary.