They might as well have called it spicy house as that’s how I initially read the name.

I like houses. A roof over my head is something that I love.

I like spicy. Something to jolt me out of the mundane is good.  A bit of heat adds a bit of colour to the world.  Much to be preferred to having to resort to reading the political news to add to life’s excitement.  Yet, I would prefer if spiciness does not blow my head off.  Some safe limits are in order.  So I approached Sichuan House with trepidation as that region of China has a well-deserved lethal reputation. 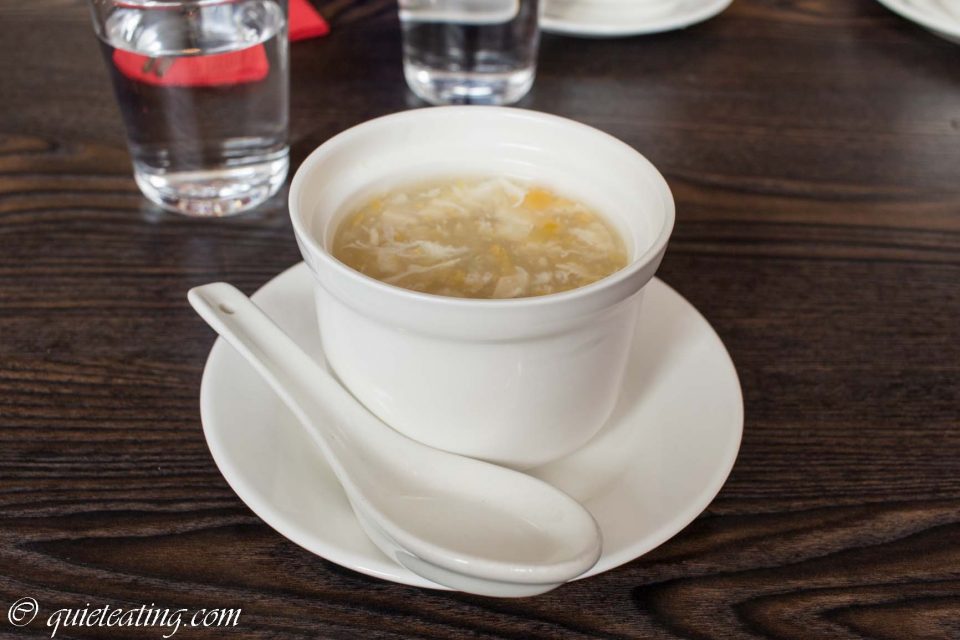 Soup.  A fairly mild chicken and egg broth, this had no real heat.  Yet I forgave them as this was only a warm up for the real meal. 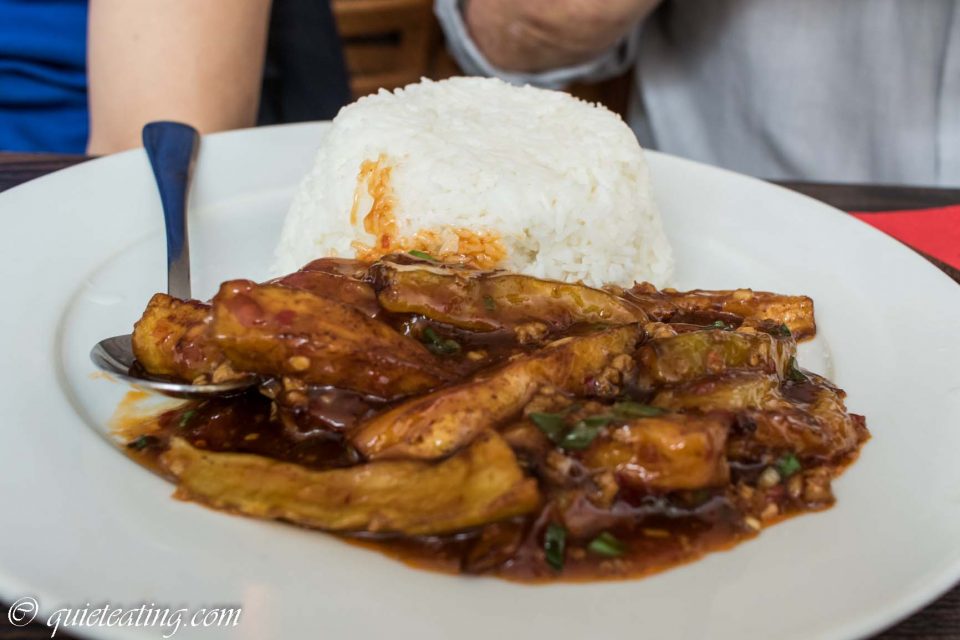 Sea spiced aubergine with minced pork.  This was where the spice was supposed to come.  In the same way that some politicians promise to make everything a great success, I’m still waiting.  The aubergine with minced pork was surprisingly very bland, not something that I would associate with a place in China well known for its fiery dishes.  In a fairly nondescript sauce, it failed to impress like some of the candidates in the conservative race. 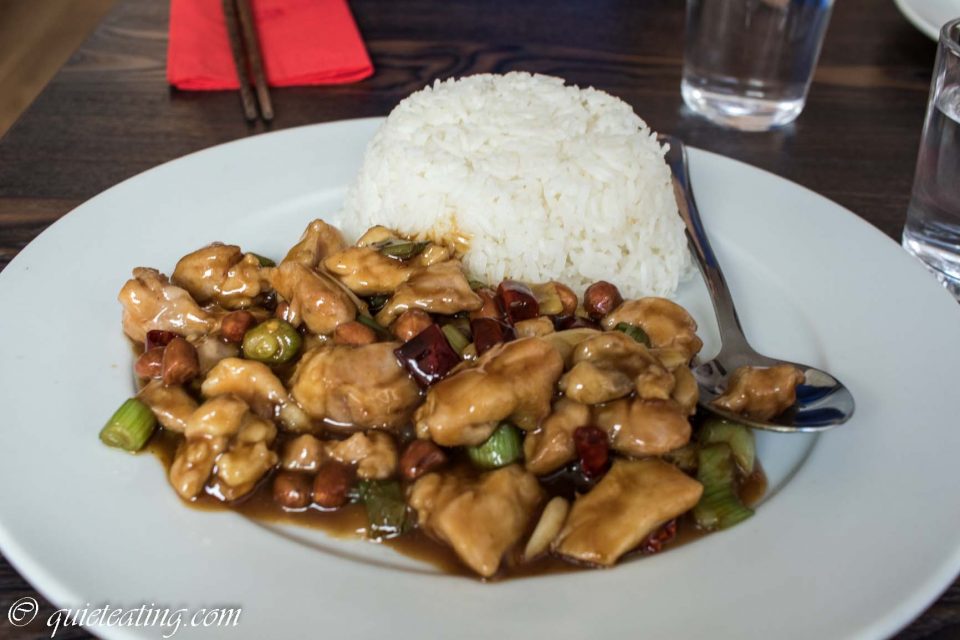 Kung Po diced chicken and rice.  A classic Sichuan dish, the dried chillies promised a pick me up.  Much in the same way that someone has been promising a wall, I was disappointed by the result of much fire and fury.  Shouting at the top of your lungs does not reflect that well when you just don’t deliver.  It was acceptable chicken but missed being anything more than that.  Just as a chicken wire fence is not a wall, neither was this dish a hot blowout. 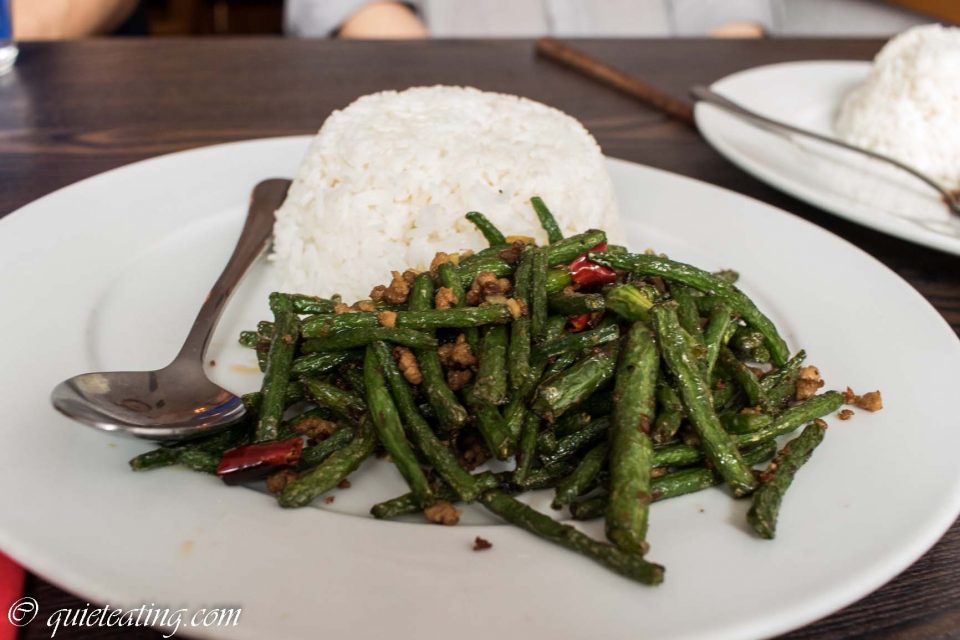 Dried French beans on rice.  Slightly better taste although lacking even a hint of searing pain.  At least in a dry form, it was more palatable then being smothered in some mundane sauce. 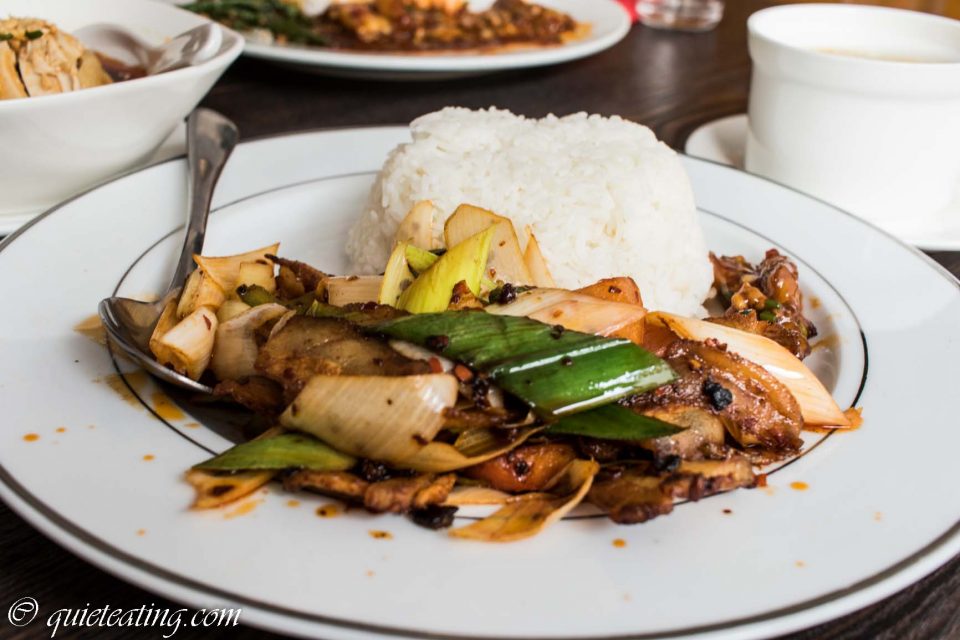 Fried pork home style on rice.  Perhaps the best of the dishes.  Yet this is maybe because I gave up hoping for something better.  With a lack of expectation, this was actually not bad.  Even if it didn’t tickle my throat, not even a bit… 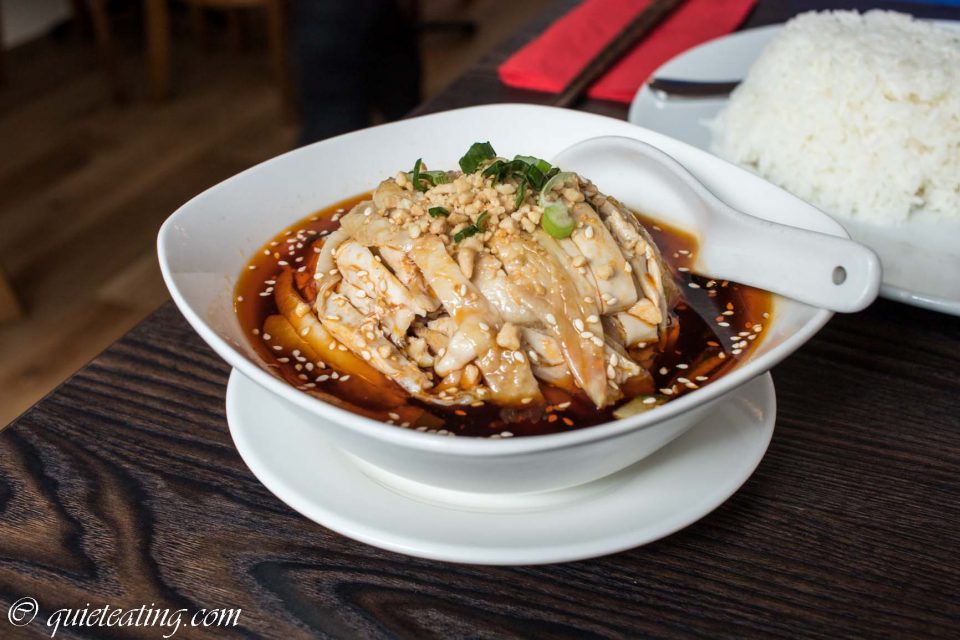 Spicy Sichuan mouth watering chicken.  I assume that the reference to “watering” might be a warning to the reader.  Tears will stream down your face when you bite into this.  Sadly, only metaphorical ones did for me, as this just lacked heat of any sort despite its dousing in much chilli oil.  I cry for missed chances of greatness.

So perhaps it is apt that this restaurant promised much, delivered little.  Perhaps a timely reminder of the seeming meaninglessness of debates and arguments far above my head.  After all, it is about what you promise (and don’t fulfil) now which matters.  Who cares if you lie, slander and otherwise wheedle your way to power and then drive a bus off the cliff.  Even if the passengers scream on the way down, it will be too late.  Yet, returning to this review, at least if it was this food that led to your demise, it would be cheap.  Unlike other actions of idiocy.