I honestly always wondered what was up with the word honesty.  People would often preface their sentences to me with “to be honest”.  I always did wonder if that meant that they had been lying to me all the time before.  Although it maybe is better than that other phrase “to be fair”.  Did that mean that they had been taking an uncompromising line with me before?  Yet when applied to food, I can give it some leeway, some of the time, as it is better than the alternatives.  Honest food is better than authentic grub.  The next one who tries to sell me authentic Japanese food is going to enjoy my unabashed uncensored reaction.

With the untimely demise of miniature K town at Totterham Court on account of Crossrail, Po Cha relocated to another industrial location, Waterloo.  It served food at a price not to be ignored.  Enough to ignore the dark, light-sucking motive of the restaurant.  I prefer not to feel like I am eating in a night club. 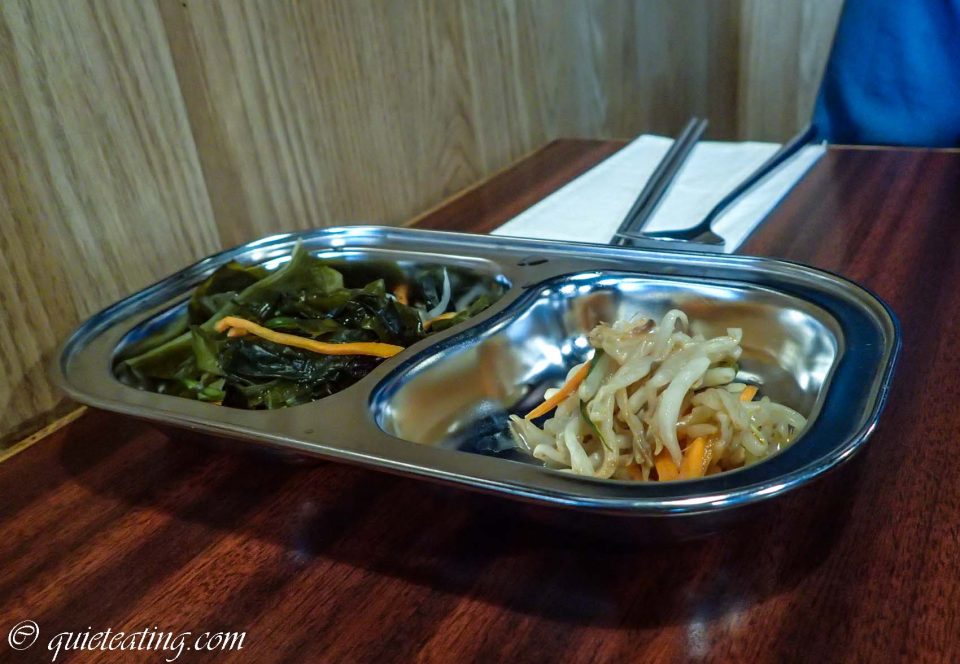 Beansprouts and other pickled vegetables.  Blandly pickled.  Not salty, just sapid.  A bit of meaningless filler, like many things in life.  At least it didn’t pretend to be anything else. 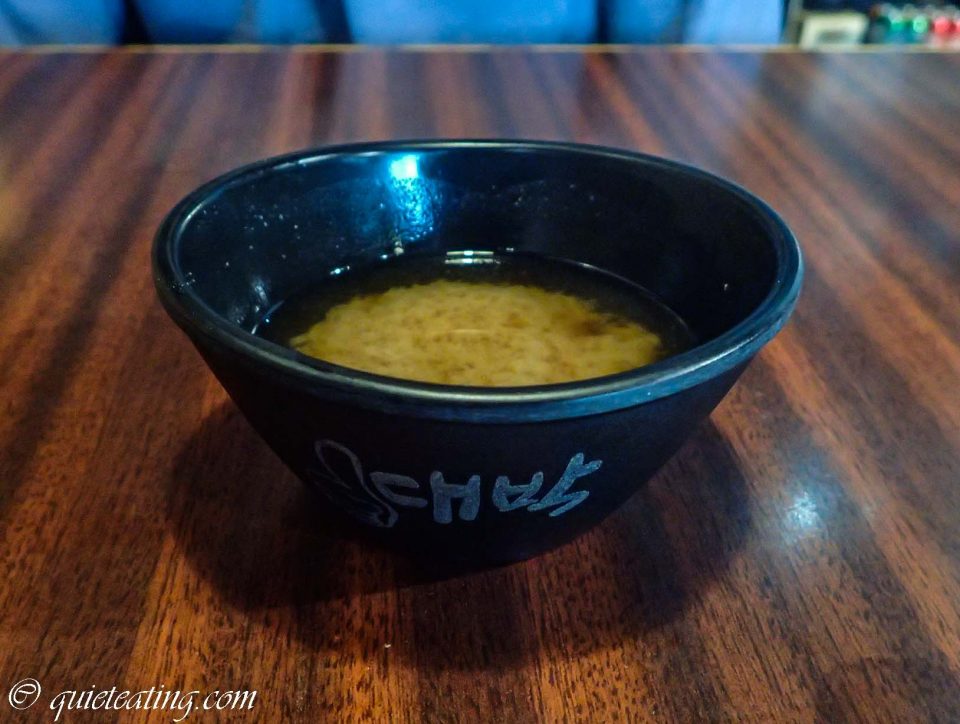 Miso soup.  A liquid version of the vegetables.  Lacking in anything meaty or tasty.  As insubstantial as coloured water.  Although this may sound like a somewhat lackluster description of things, this is my straightforward opinion. 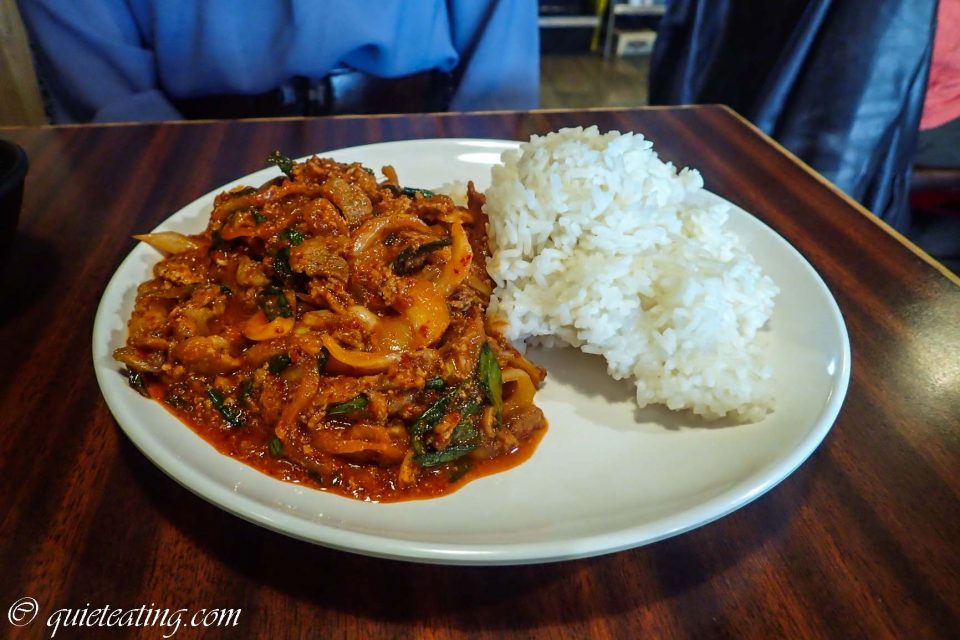 Spicy pork with rice.  It was a feast for the eyes and I must have shed a tear for it.  Literally, as the spice wafted up.  It was not bad but but could have been any generic meat really, so nothing stand out. 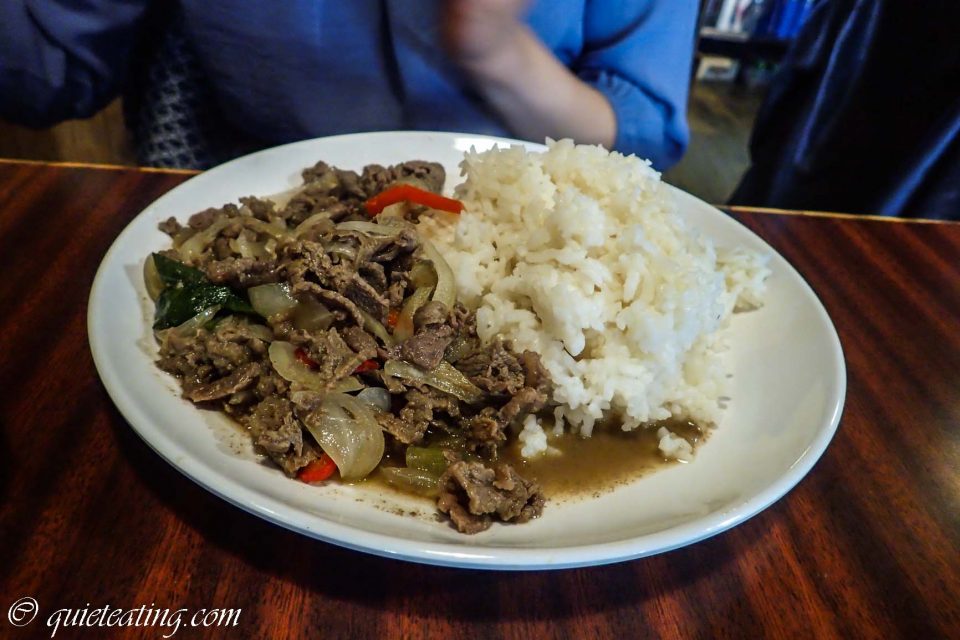 Bulgogi with rice, fried marinated beef and vegetables with rice.  A lighter taste, at least here you could tell what meat you were eating.  Looking very much like they just substituted the meat and sauce from the aforementioned dish, it was still better.  At least here, you wouldn’t be mistaken into thinking this was something else you were eating.  Like horse, but that is another story.

A decent meal for a generously fair price.  In these days of austerity, this is something to be applauded.  With other businesses and services cutting down what is on offer, thankfully, unlike other restaurants I know, portion sizes have not decreased.  Although the food was not of the highest calibre, it was a fair deal.  And that is being fair.  Honestly.

Lunch was GBP6 (1 main course, the appetizers and soup) per person, excluding service and drinks.