I was feeling courageous this day.

Hence I stepped into not only into a vegetarian eatery but went a step further and dared to try a vegan one.

Ahead of such visit, I was in fear that nothing would taste good.  That I would be subject to something rather sad.  That the scaremongering of my friends was all true.

Putting on a brave face, I stepped in the door. 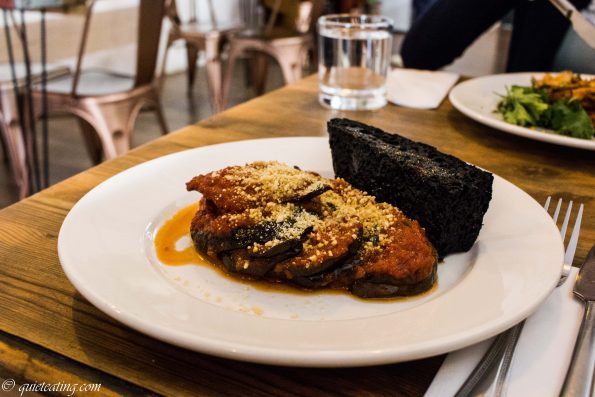 Aubergine “parmigiana“, tomato sauce, “grated” cashews & pesto and garlic bread.  It was lacking a little in spark, interest and to put it bluntly, taste.  The texture was all there with the soft aubergine, the creamy tomato and the oily bread.  What was missing was a taste (of anything good). 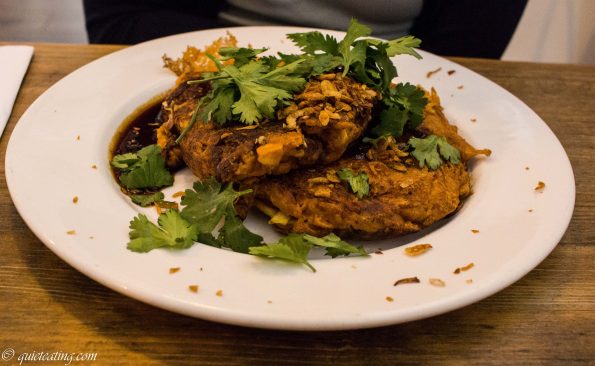 Kimchi rainbow smoked nomelette pancakes  with bulgogi sauce and coriander. A bit better than the first, it had a small kick to it but also gave the impression that it left something behind (just like I did on the plate).  Ironically I would say that this was my first choice but that would be like asking you which of two unpalatable options you would prefer.  Yes, I would prefer freezing to electrocution but would rather neither.


Yet in this topsy turvy world, sometimes courage can lead to amazing dividends.  Think of those times that you tried something that you thought might actually be rather disgusting but then found that it actually tasted rather good.  Sadly, the law of averages (skewed against me) tends to intervene when I am feeling adventurous.  So as for an exclusively plant based diet, it probably won’t kill me but if it tastes like this, I think I would prefer something else.